Chris’ Bran Bread is moist and full of goodness in every bite. It’s deliciously healthy, makes perfect toast, and is a snap to make in a bread machine.

Mini King Cakes are a miniature version of the ever popular New Orleans King Cakes. The most traditional style is a ring of twisted cinnamon roll dough topped with icing, decorated with purple, green, and gold sugar or sprinkles. As an added treat the King Cake may be filled with cream cheese. Whatever the filling, the…

END_OF_DOCUMENT_TOKEN_TO_BE_REPLACED

While we were in Paris, Susan and I took a Bread class where we learned how to make a Nutella Snowflake Bread. Susan and I thought that it would be fun to do a variation using a cinnamon and sugar filling instead of Nutella, and toping it with a whole lot of cream cheese icing…

END_OF_DOCUMENT_TOKEN_TO_BE_REPLACED

One of my absolute favorite things to make are bread and rolls.  The fact that you can add a little bit of salt and yeast to what I used as paste when I as a kid is totally captivating.  I don’t think that there is a time when I don’t marvel at the magical powers…

END_OF_DOCUMENT_TOKEN_TO_BE_REPLACED

Ever since I got my little bread machine, I’ve been experimenting and trying to perfect different breads. One success story is my french bread rolls! I make these incredible rolls at least once a week. The basis for the recipe that I use came from the King Arthur Flour site.

One of the things that I tend to do in the morning is look at the daily recipes on the Allrecipes site. This morning, there was a recipe for Real NY Jewish Rye Bread. It looked interesting, especially since it called for pickle juice and dry potato flakes.

Every year, Susan and I make a King Cake for Mardi Gras. This year, Susan suggested that we make a Christmas King Cake, decorated in red and green. I thought – what a good idea, especially since we’re breaking with tradition this year and having a New Orleans themed Christmas dinner.

Chris’ Bran Bread is super easy to make in a bread machine. A couple of years ago I purchased a Zojirushi mini bread machine. It has turned out to be one of the best investments I’ve ever made!  I use it several times a week, and can’t remember the last time I actually bought bread.

This is the ultimate recipe for french bread. It’s a breeze to make with a bread machine and consistently produces amazing french bread. I’ve been told by both Susan and the Master Taste Tester not to try any other french bread recipe!

These sourdough baguettes are full of flavor with an incredible chew. They’re easy to make and will not disappoint! Sourdough Starter About a week ago, a King Arthur Flour catalog arrived. Susan was looking through it and asked if I would order several items for her. I decided that since I was ordering stuff for…

END_OF_DOCUMENT_TOKEN_TO_BE_REPLACED 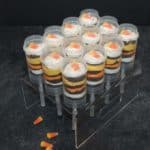