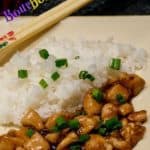 Legend has it that Bourbon Chicken was so named because a Chinese cook made it in a restaurant on Bourbon Street in New Orleans. Whether this is true or not, Bourbon Chicken is amazing and quite fitting for a Mardi Gras celebration! I don’t know whether the original recipe contained Bourbon or not. However, I didn’t think that I could go wrong by including it. Laissez les bons temps rouler! 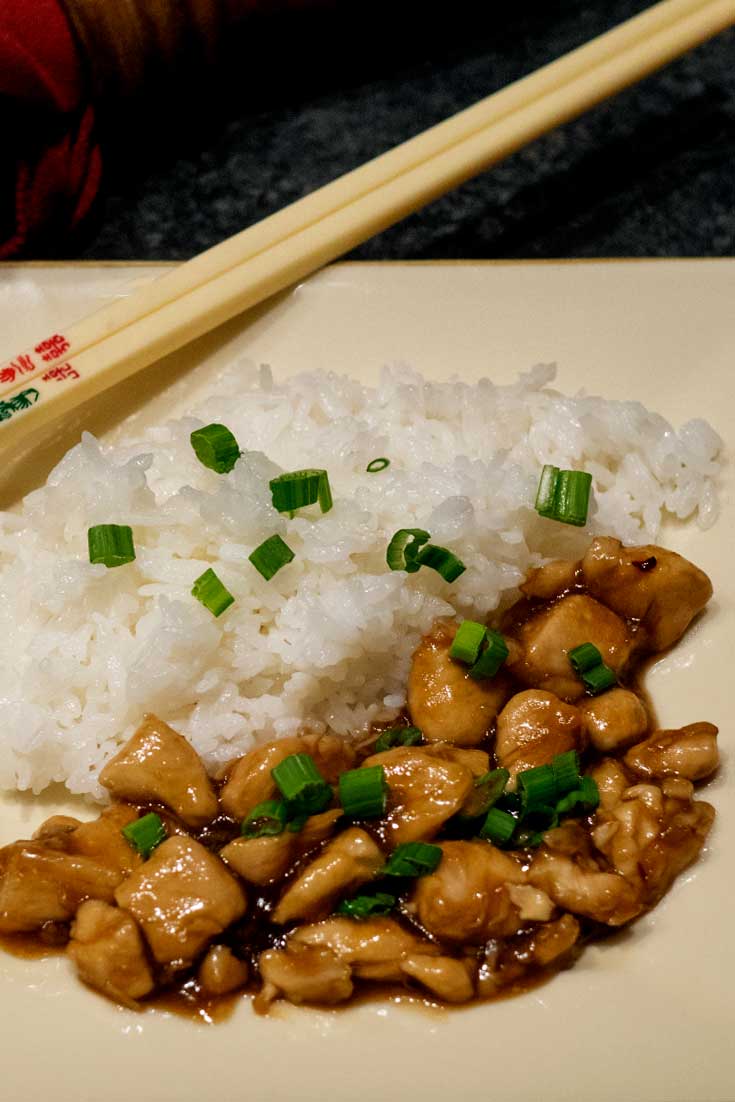 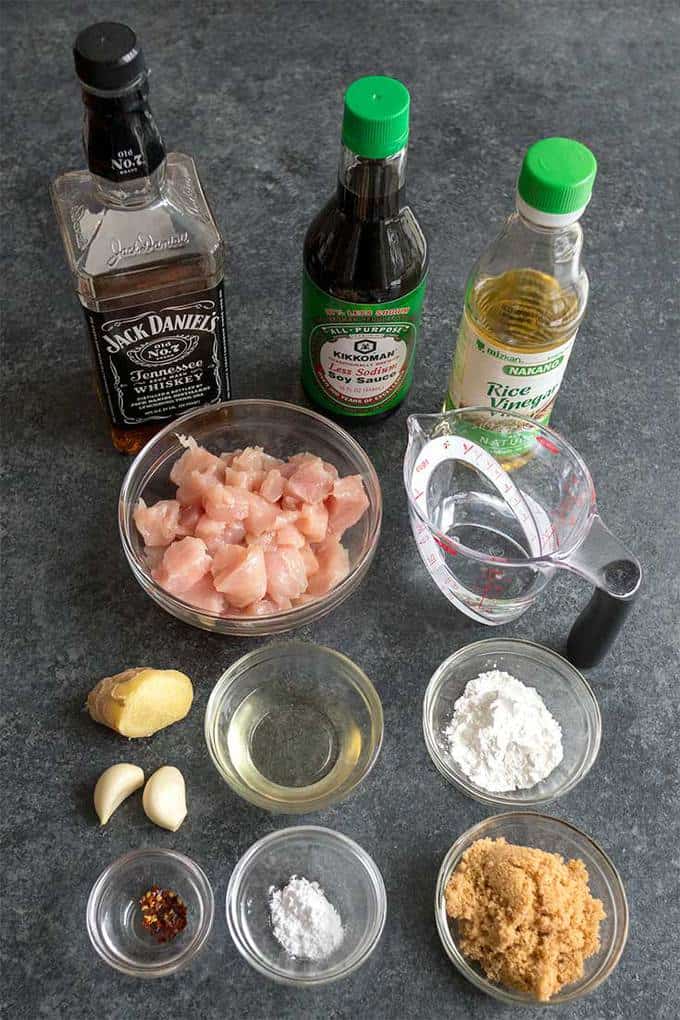 To start the prep, I cut the chicken into 1-inch pieces. To ensure that the chicken was tender, I mixed it with a teaspoon of baking soda dissolved in 1/2 cup of cold water and let it sit for 15 minutes. After 15 minutes, I drained the chicken, rinsed it under cold water, drained it again, and patted it dry with paper towels.  Then, I added the chicken to a mixture of 1 Tablespoon of Bourbon and 2 teaspoons of corn starch. Next, I mixed the sauce by combining the remaining Bourbon, soy sauce, rice vinegar, brown sugar, and remaining corn starch. 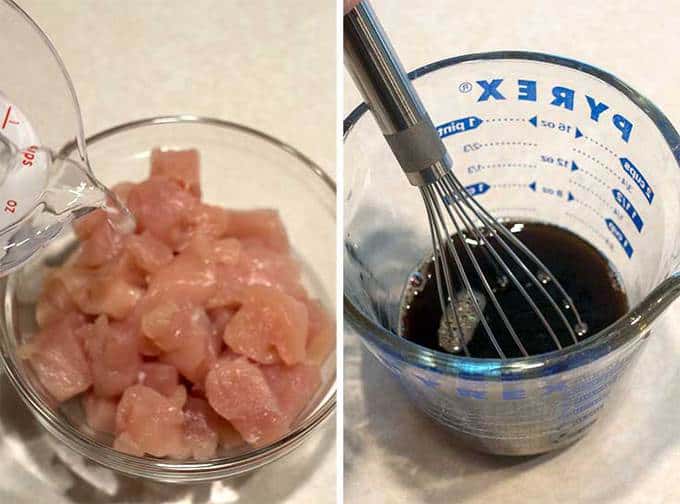 With the prep finished, I heated the peanut oil in a Wok over medium high heat. When the oil was hot, I added the chicken, and cooked it, stirring frequently, until it was no longer pink. This took about 5 minutes. Then, I added the ginger, garlic, and red pepper flakes, and continued cooking the mixture for about 30 seconds. 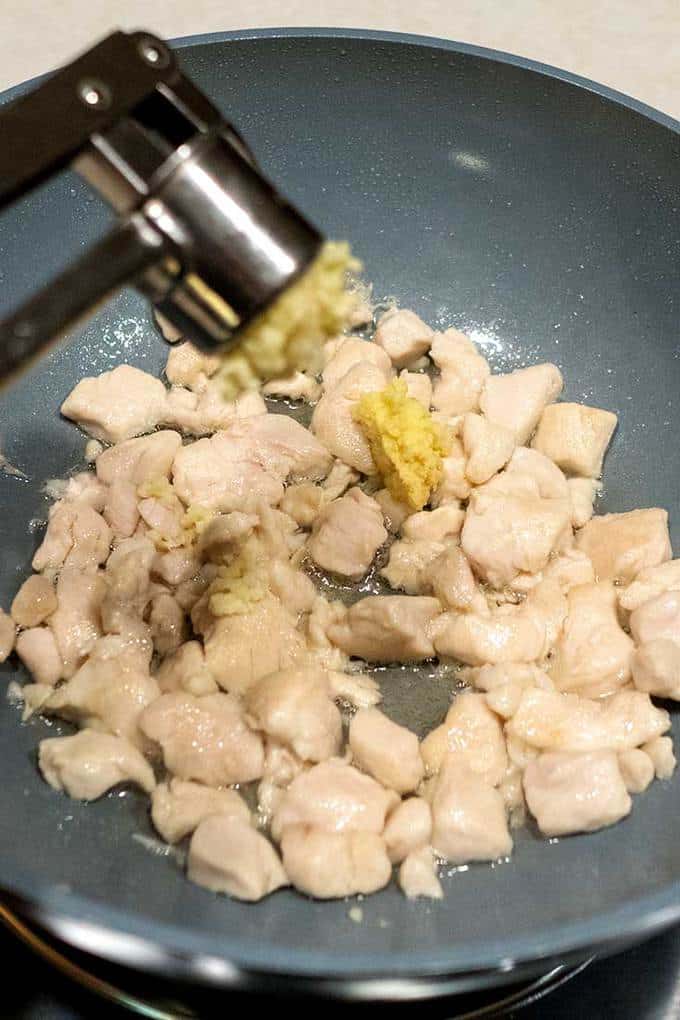 Finally, I added the Bourbon sauce to the chicken, and cooked the mixture until the sauce thickened, and the chicken was fully cooked. This took around 5 minutes. 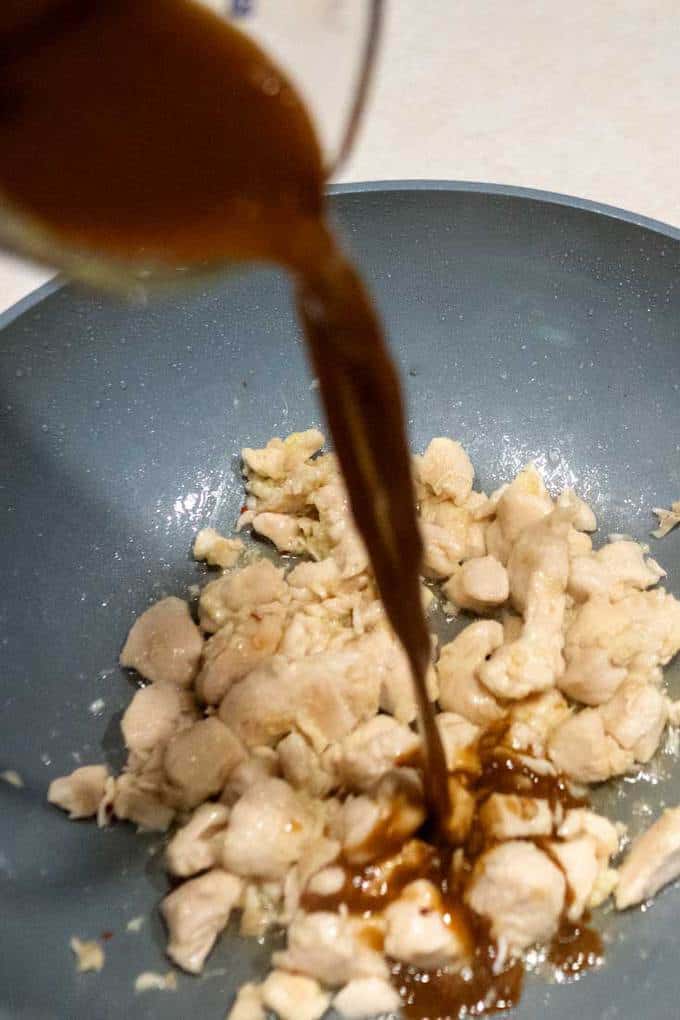 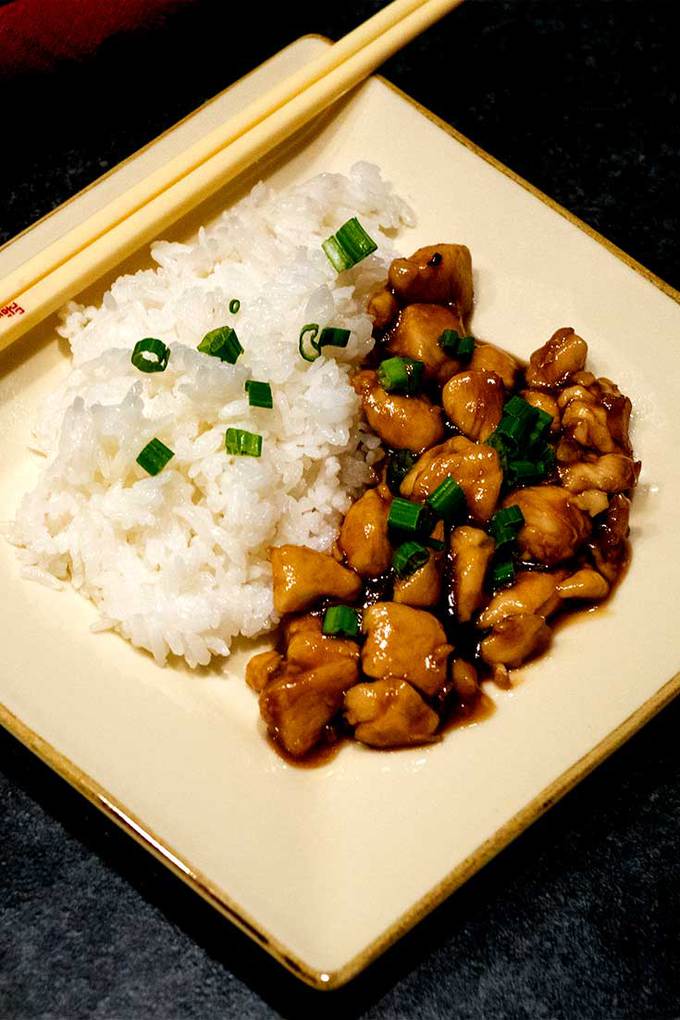 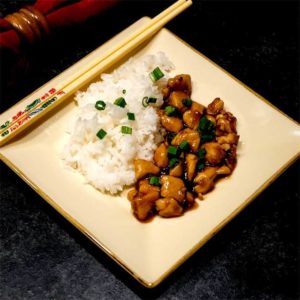 Legend has it that Bourbon Chicken was so named because a Chinese cook made it in a restaurant on Bourbon Street. Whether this is true or not, Bourbon Chicken is incredible and quite fitting for a Mardi Gras celebration! I don't know whether the original recipe contained Bourbon or not. However, I didn't think that I could go wrong by including it. Laissez les bons temps rouler!
4.6 from 10 votes
Print Pin Rate
Course: Main Course
Cuisine: Chinese, Mardi Gras, New Orleans
Prep Time: 10 minutes
Cook Time: 10 minutes
Idle Time: 15 minutes
Total Time: 35 minutes
Servings: 4
Calories: 267kcal
Author: Chula King 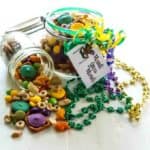 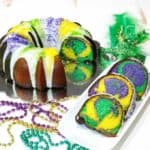 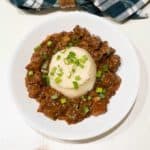