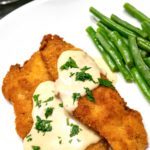 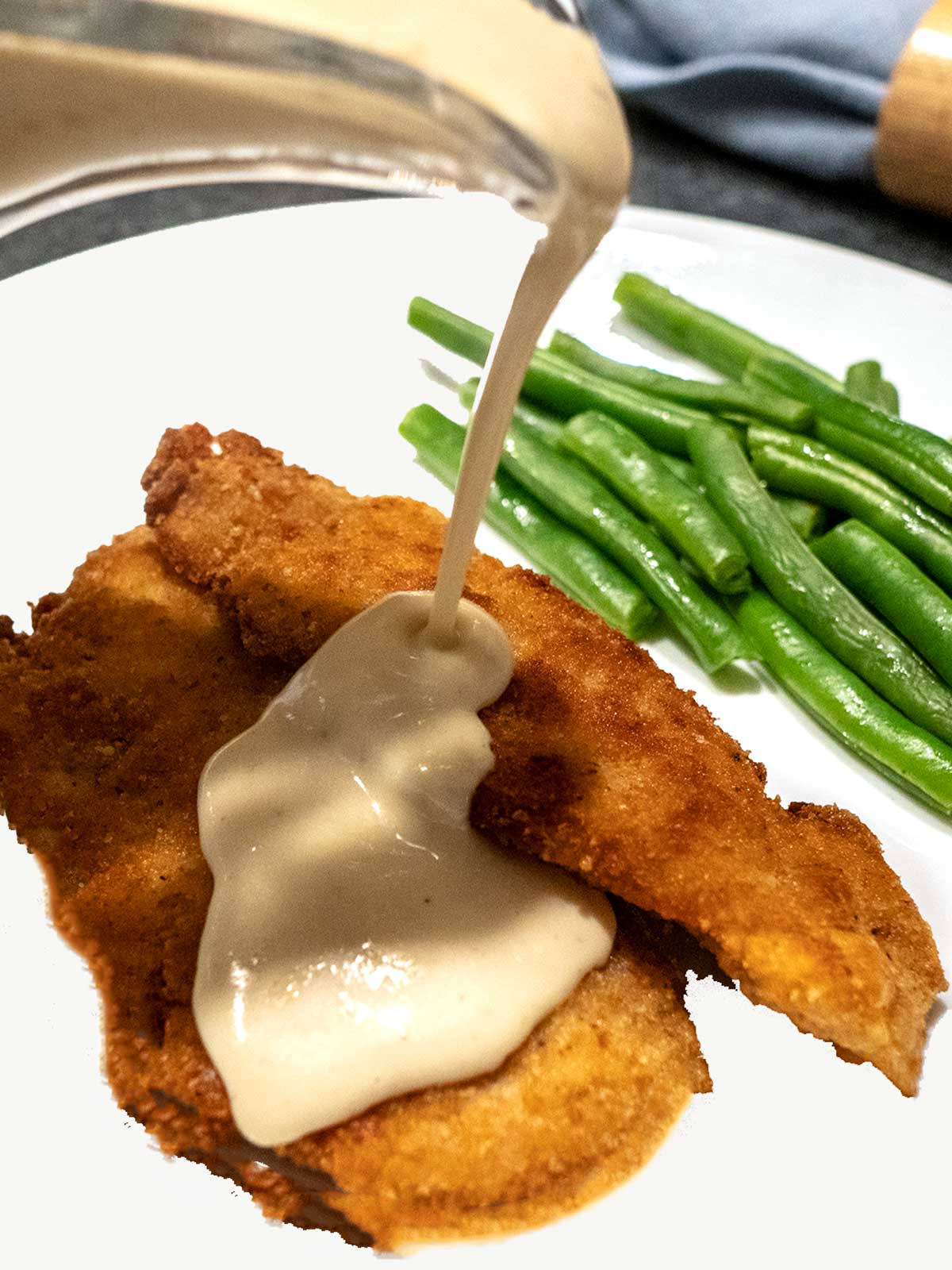 I don’t remember when I started making chicken schnitzel, but at some point, I added the mustard cream sauce. The combination is incredible! 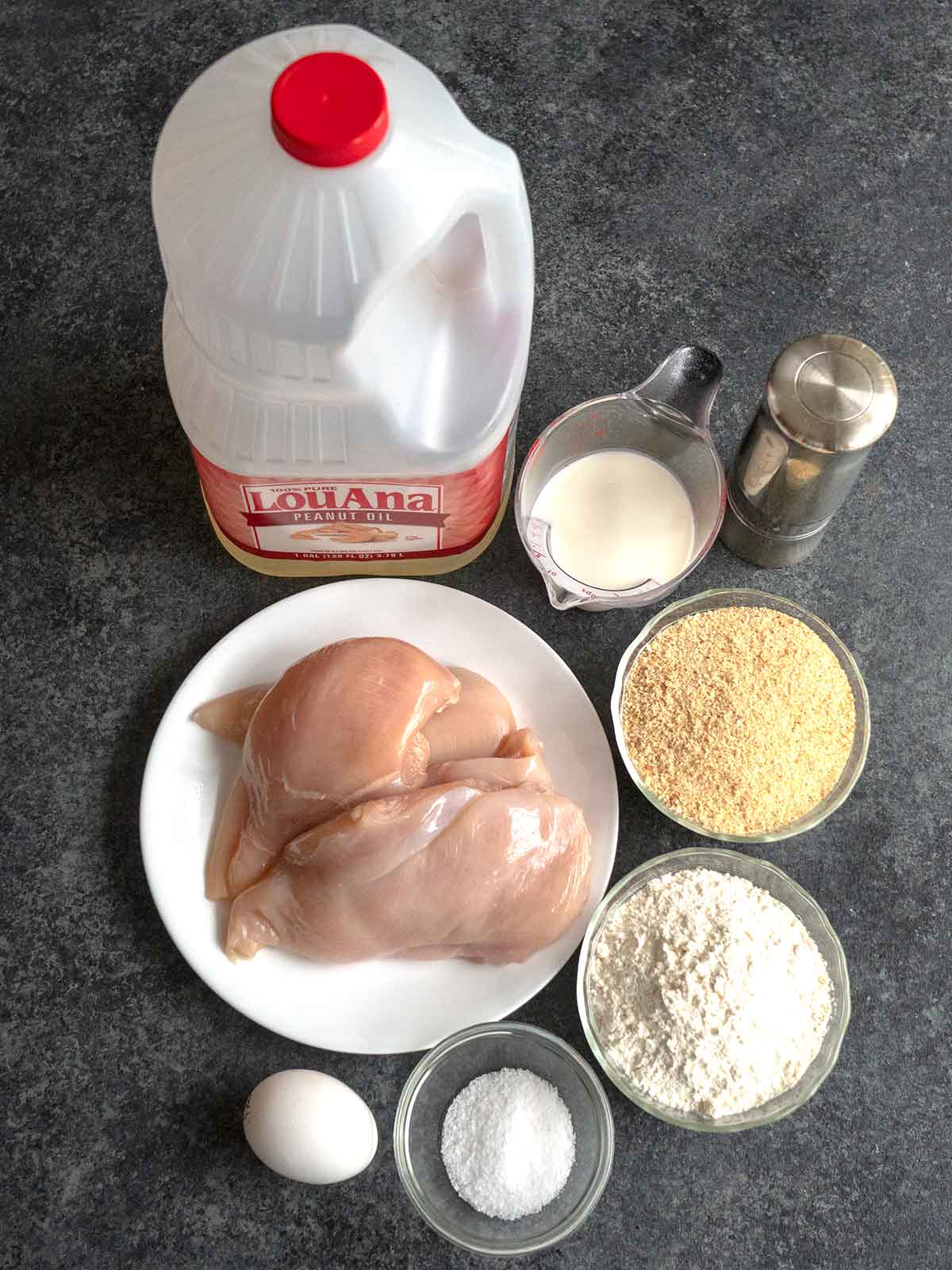 For the Mustard Cream Sauce, I used unsalted butter, flour, Dijon mustard, low sodium chicken broth, heavy cream and freshly ground pepper. I don’t put any salt in the sauce because the chicken broth has plenty. 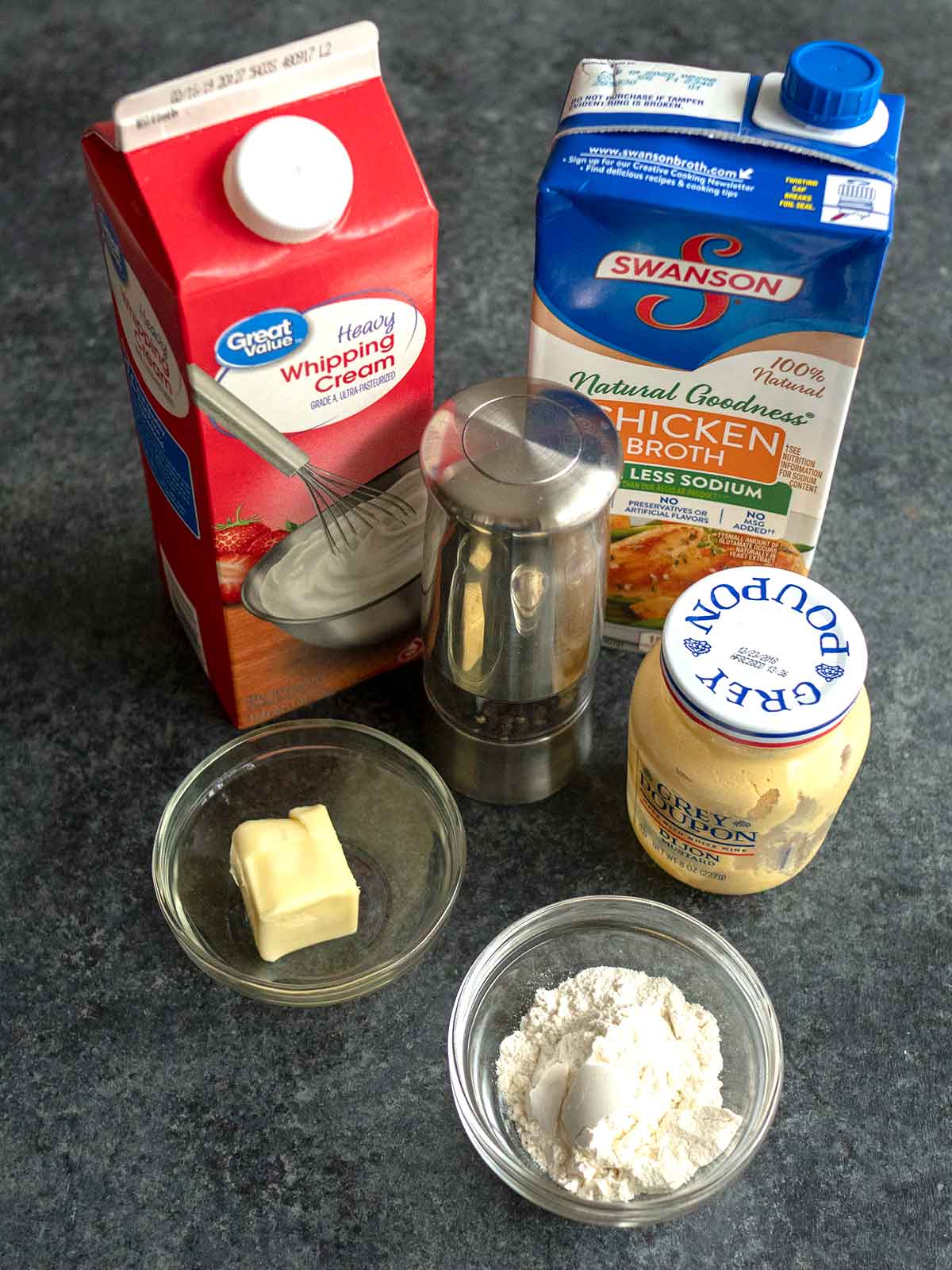 The first and messiest step is breading the chicken.  I started by adding the milk and egg to a Pyrex dish and whisked the two together to combine. 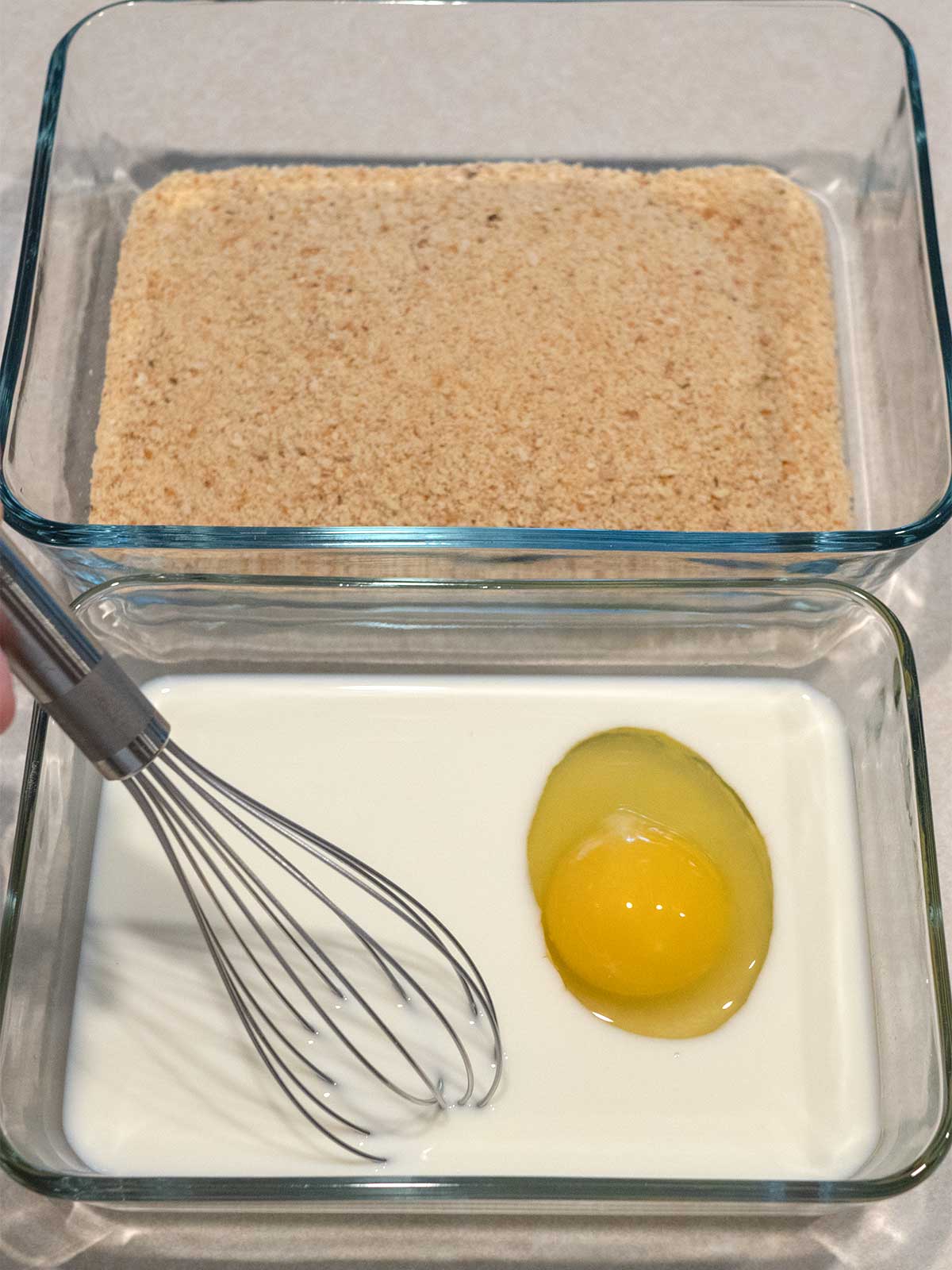 Then, I added the flour, salt and pepper to a gallon Ziploc bag and gave the bag a shake to combine everything. 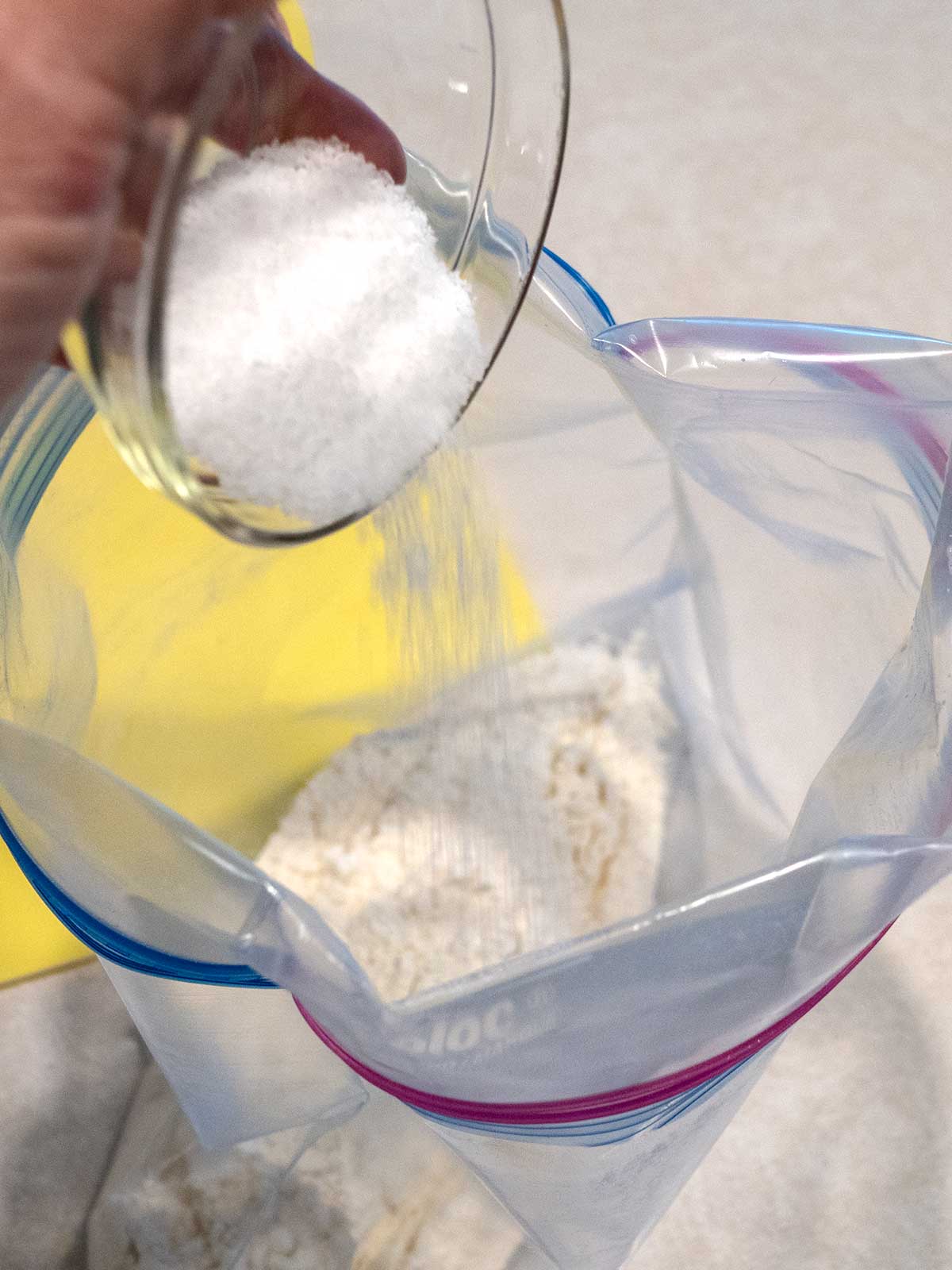 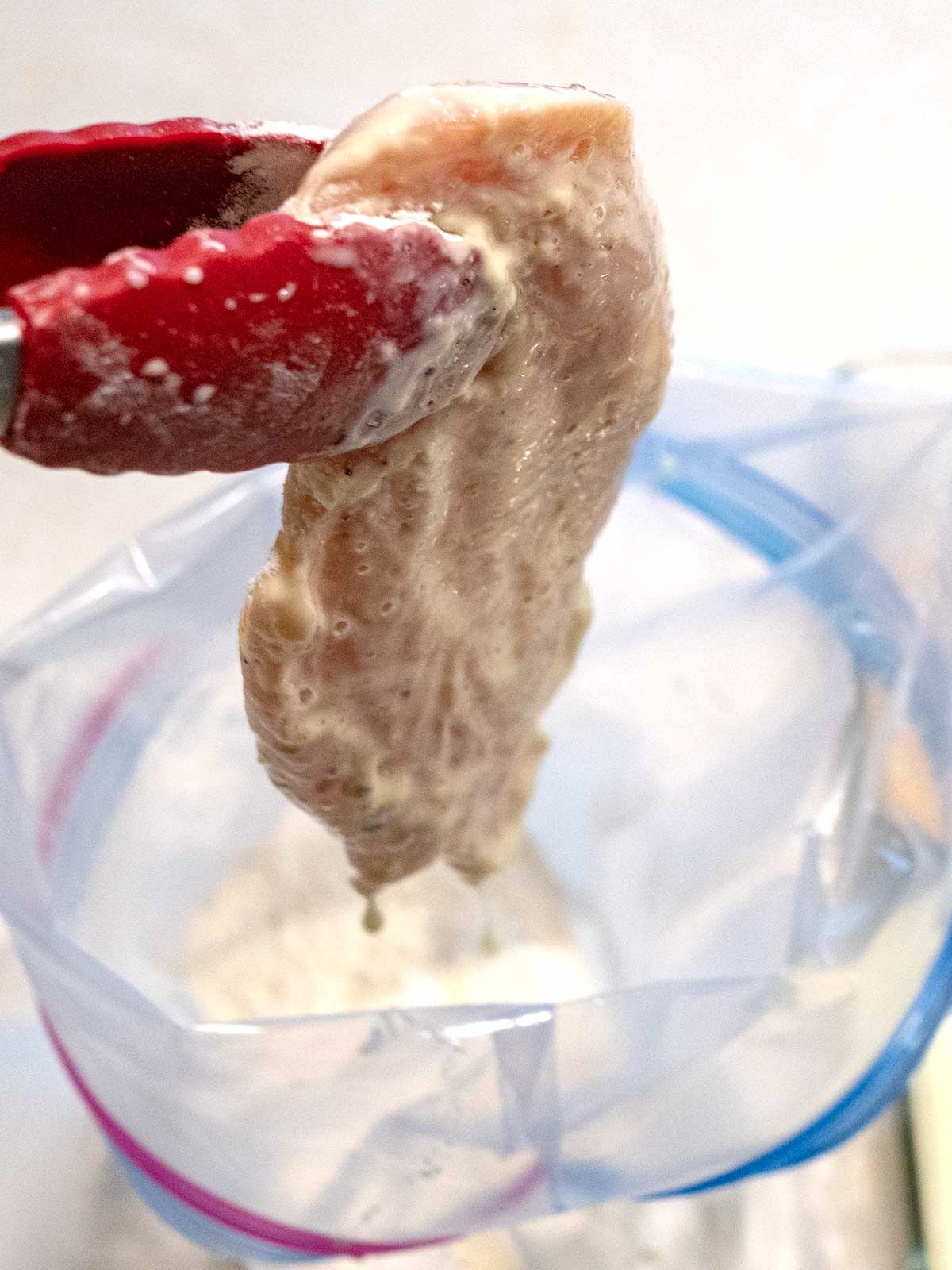 From this point, I dipped the floured chicken in the milk/egg mixture and coated it with bread crumbs. 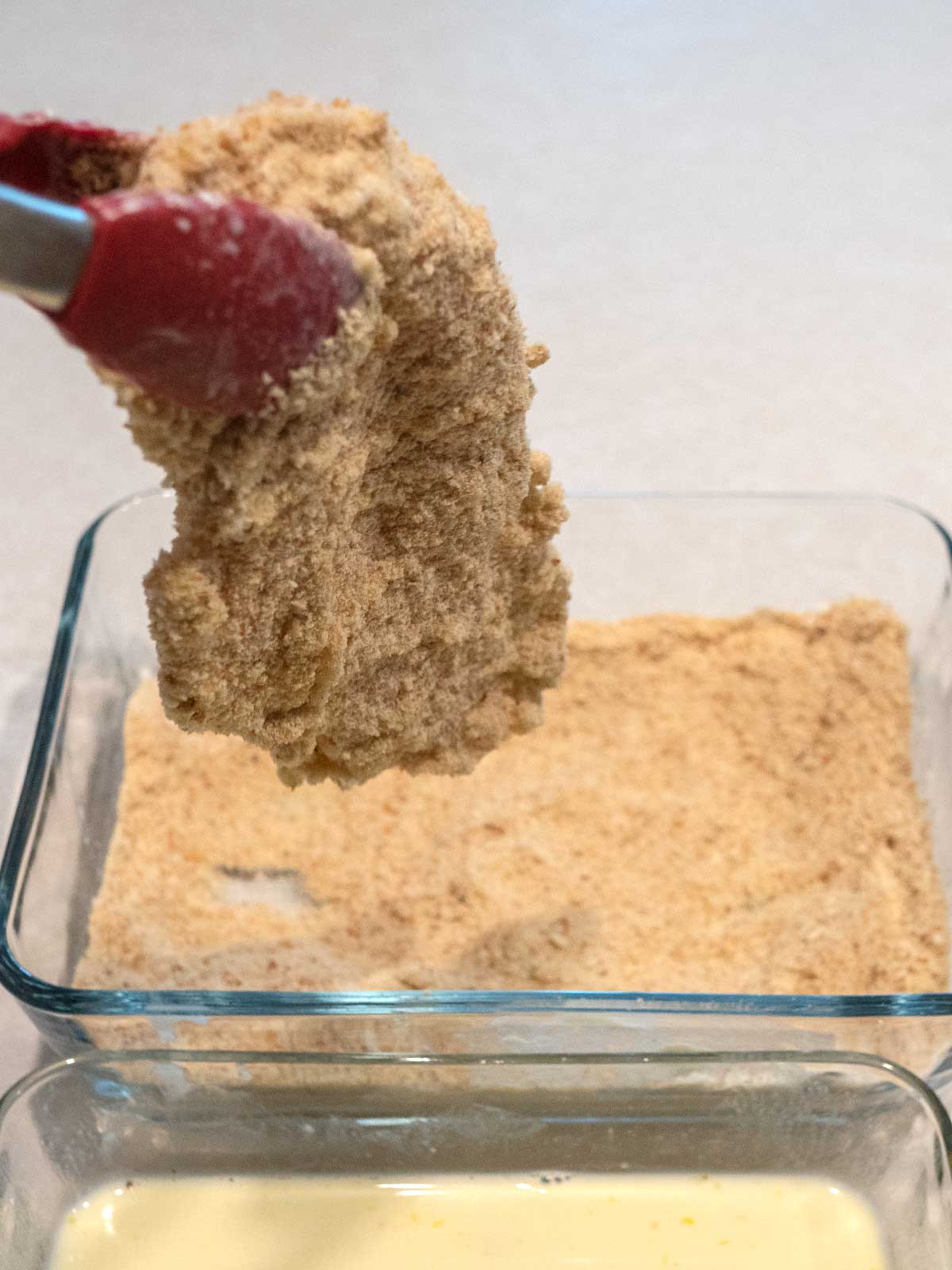 I placed the breaded chicken in single layers on waxed paper and refrigerated it for at least an hour. Some time back, I read that the refrigeration is important to set the breading.

In the meantime, I made the mustard cream sauce, which is basically a béchamel sauce with mustard and chicken broth! I started with a roux made with butter, flour and Dijon mustard. 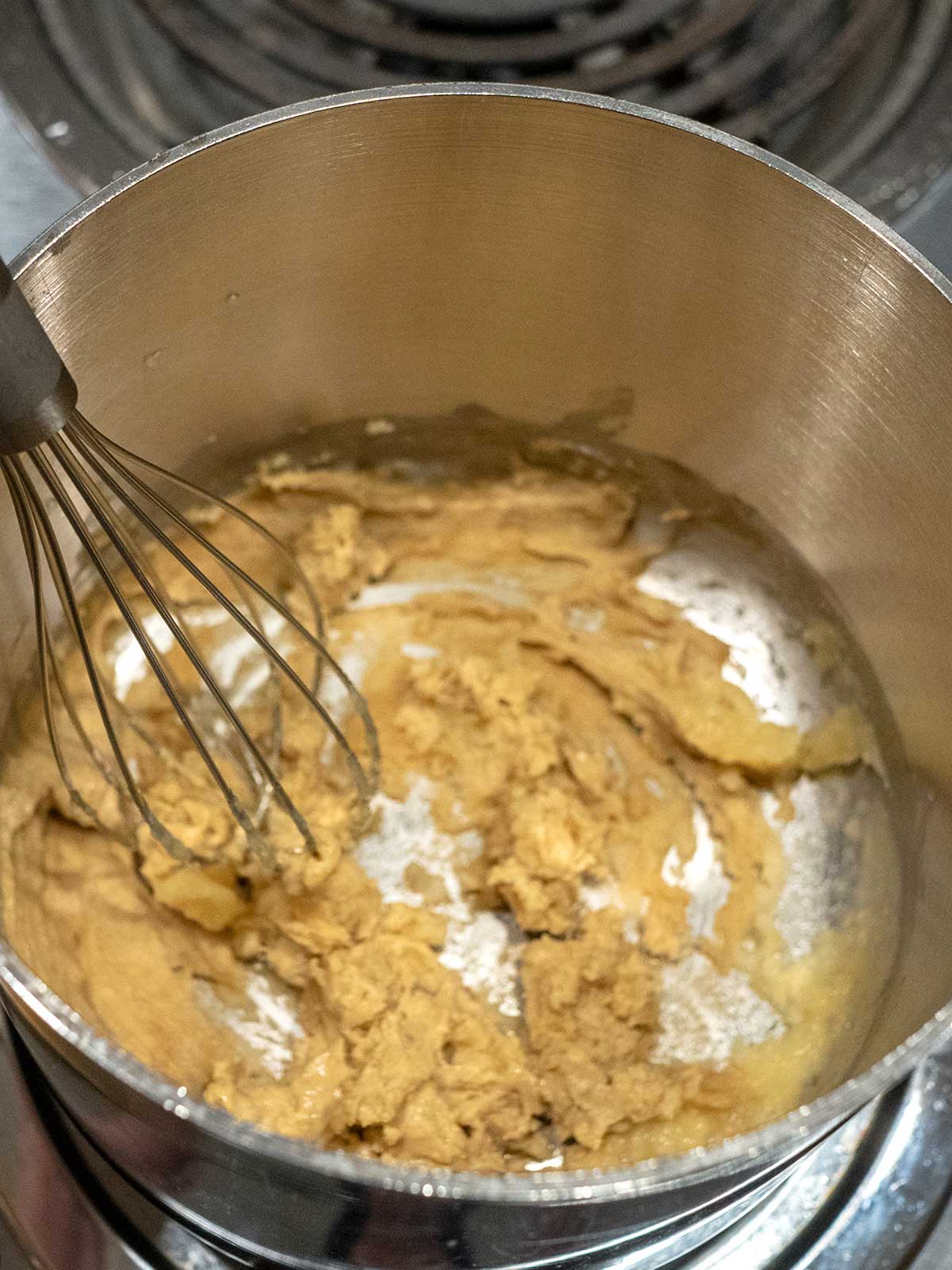 Then, I added the pepper to the roux and whisked in the chicken broth and the cream. 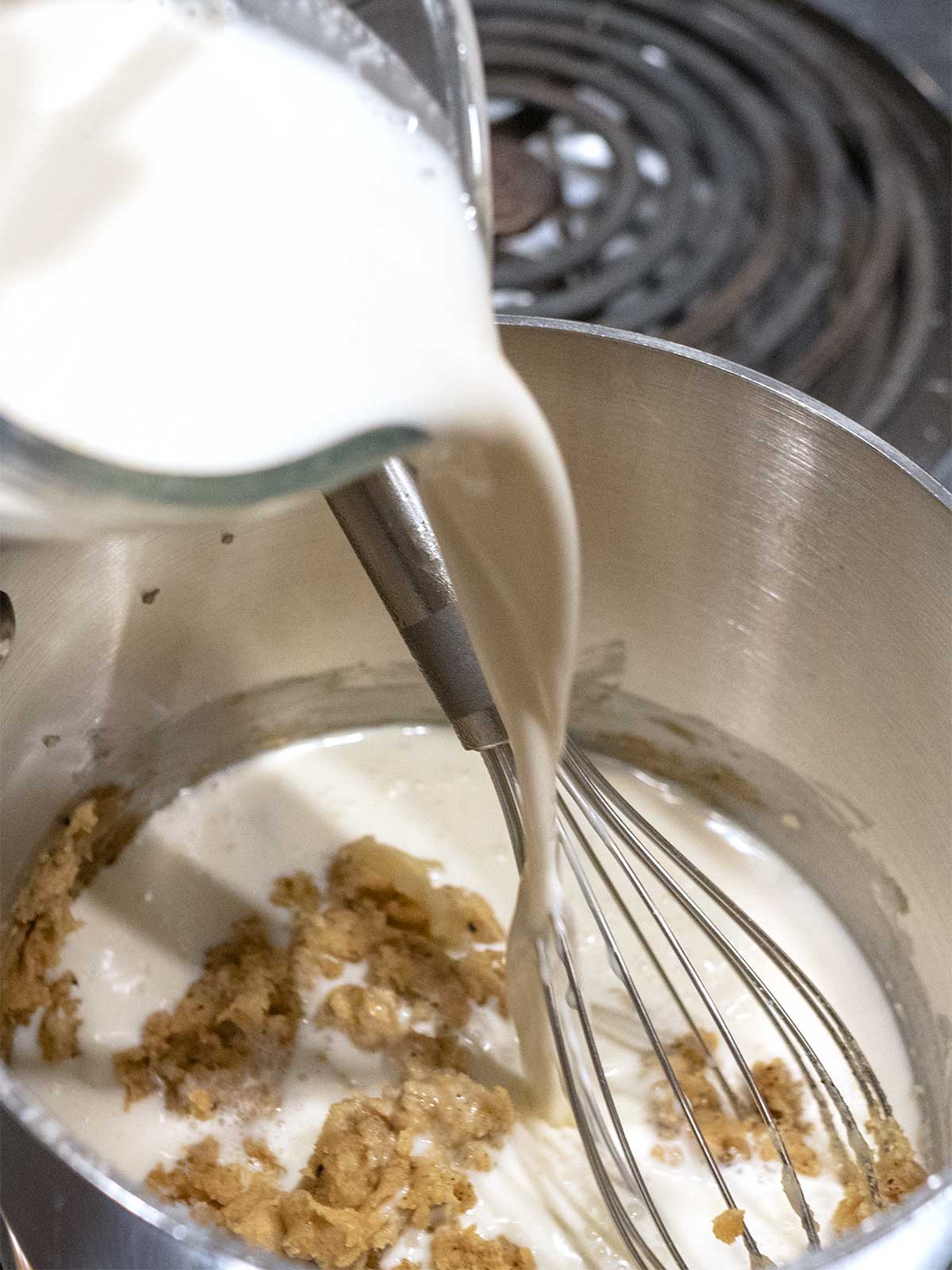 I whisked the mixture over medium heat until it thickened and came to a boil. Then, I lowered the heat to low and continued cooking the sauce for about 20 minutes. 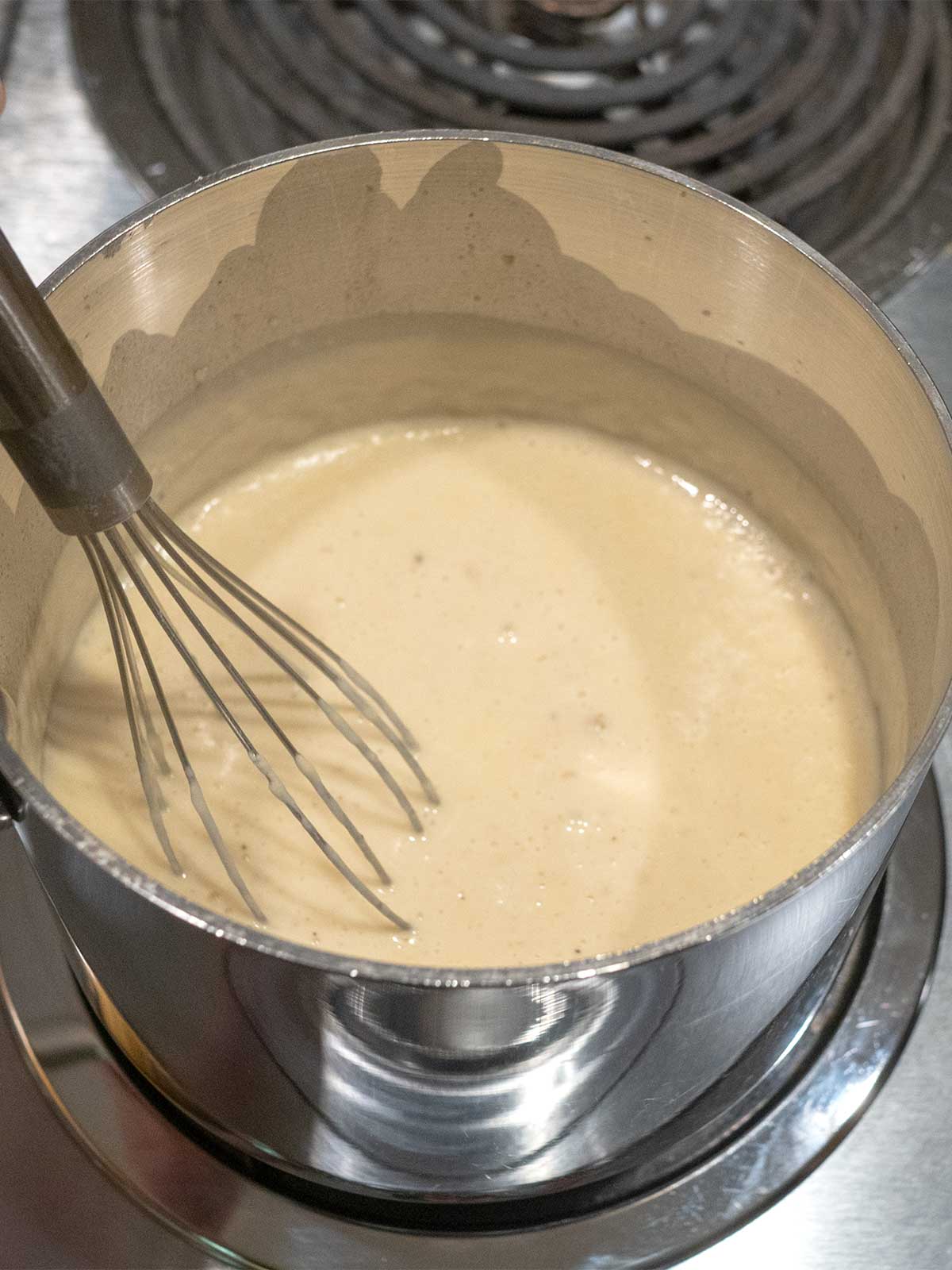 Now, was time to cook the chicken.  I heated about 1/2 cup of peanut oil in a 12-inch skillet over medium heat. When the oil was hot, I added several pieces of the breaded chicken. I cooked both sides of the chicken to a golden brown. Then, I drained the cooked chicken on paper towels and repeated the process until all of the chicken was cooked. 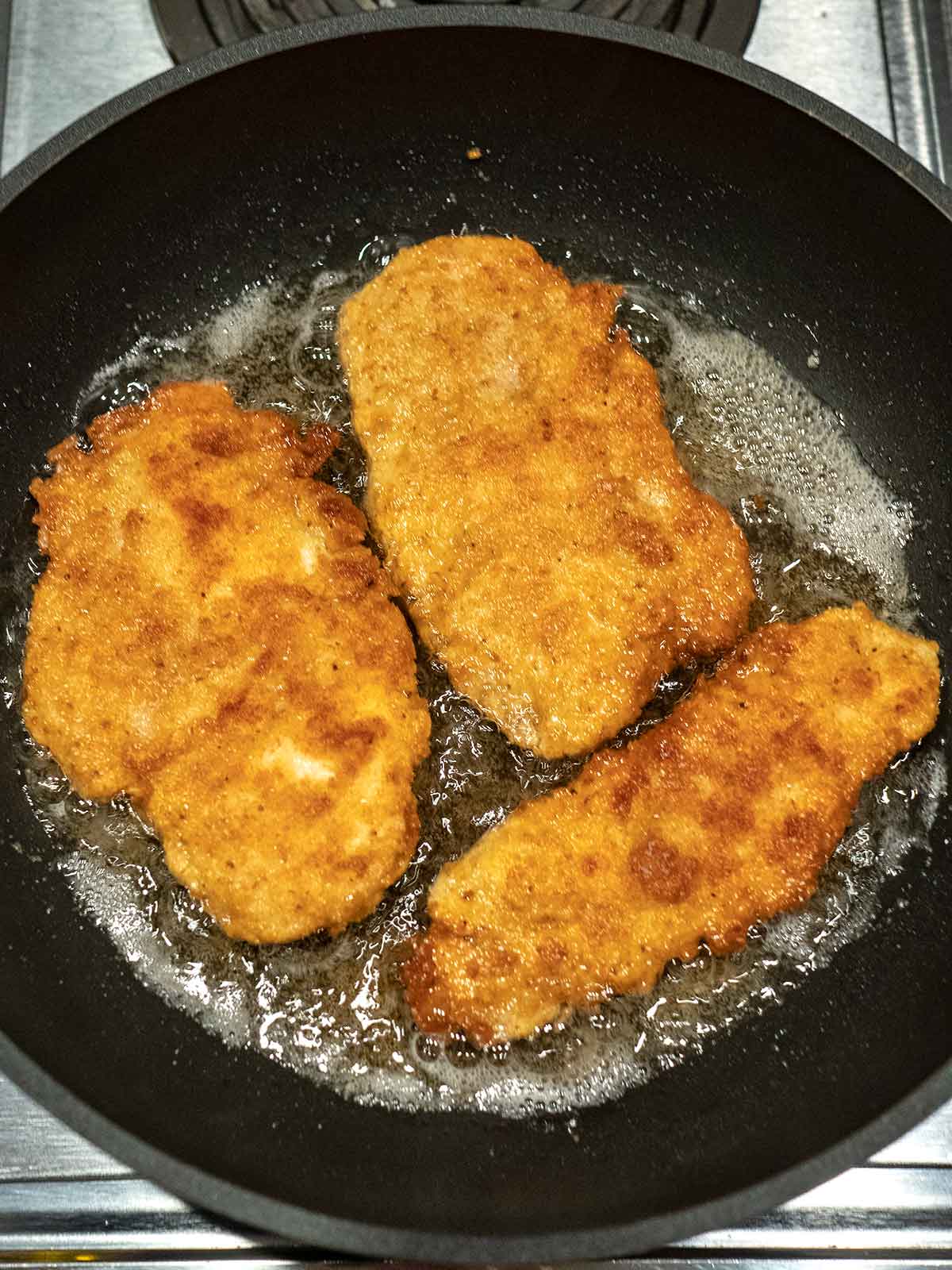 The Chicken Schnitzel with Mustard Cream Sauce was totally incredible. In addition, the mustard cream sauce was excellent on the green beans. After a final garnish with minced parsley, we had an outstanding dinner.  Yum! 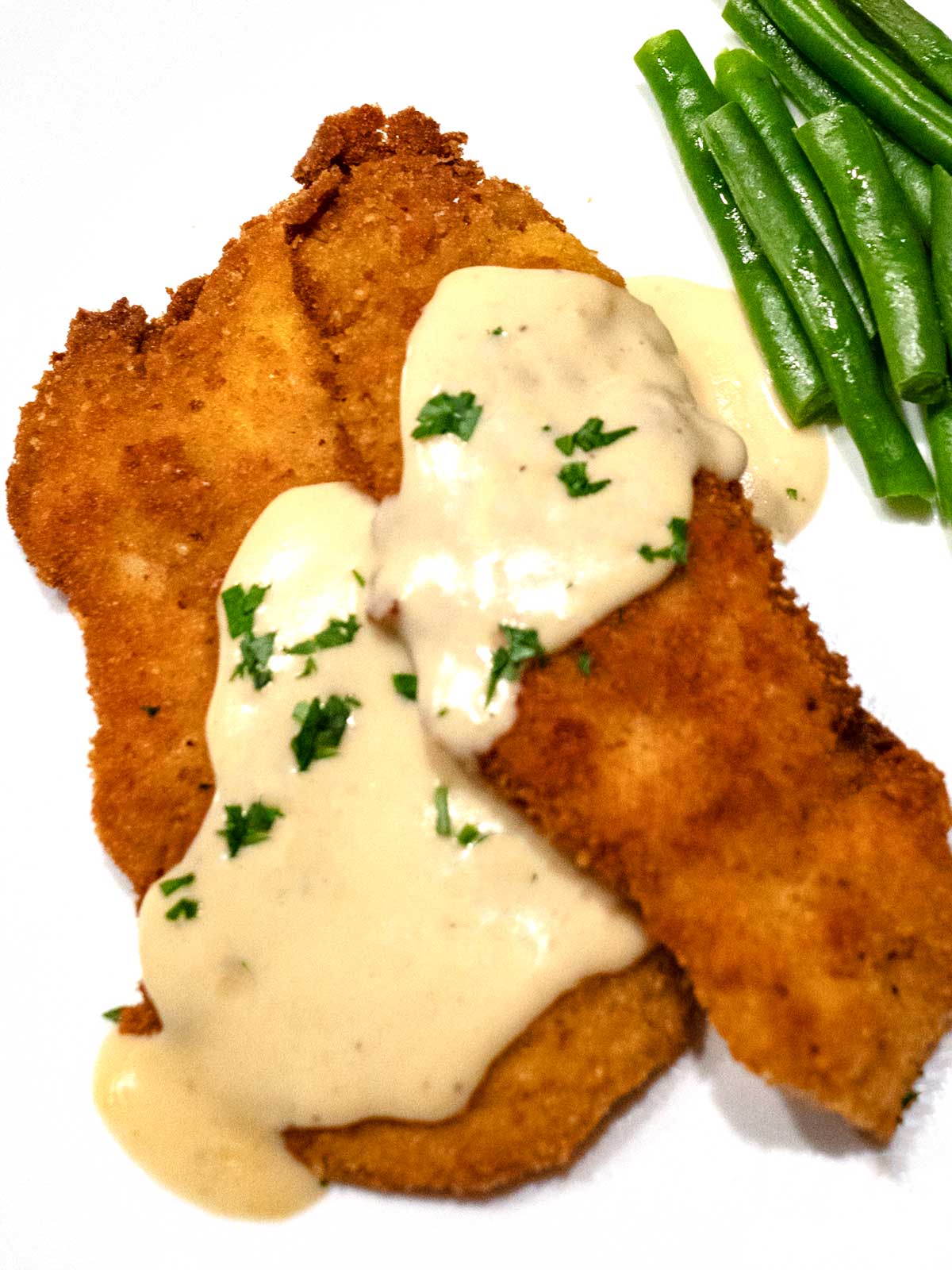 I hope you enjoy the Chicken Schnitzel with Mustard Cream Sauce as much as we do! In fact, if you’re a schnitzel fan, you should consider trying the following:

I’d love to hear how they turned out! 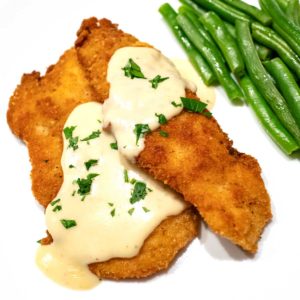 I never met a schnitzel that I didn't like and Chicken Schnitzel is no exception. With a Mustard Cream Sauce added, the Chicken Schnitzel is a restaurant quality dish. The chicken is tender and crispy. The Mustard Cream Sauce is out of this world!
4.57 from 30 votes
Print Pin
Course: Main Course
Cuisine: German
Prep Time: 20 minutes
Cook Time: 30 minutes
Resting Time: 1 hour
Total Time: 50 minutes
Servings: 6 servings
Calories: 647kcal
Author: Chula King 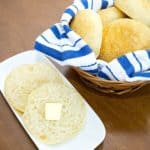 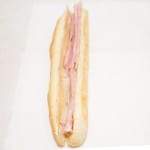 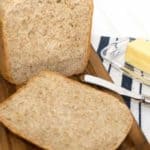 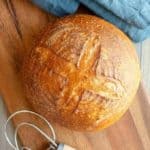