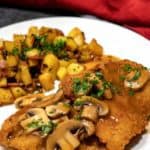 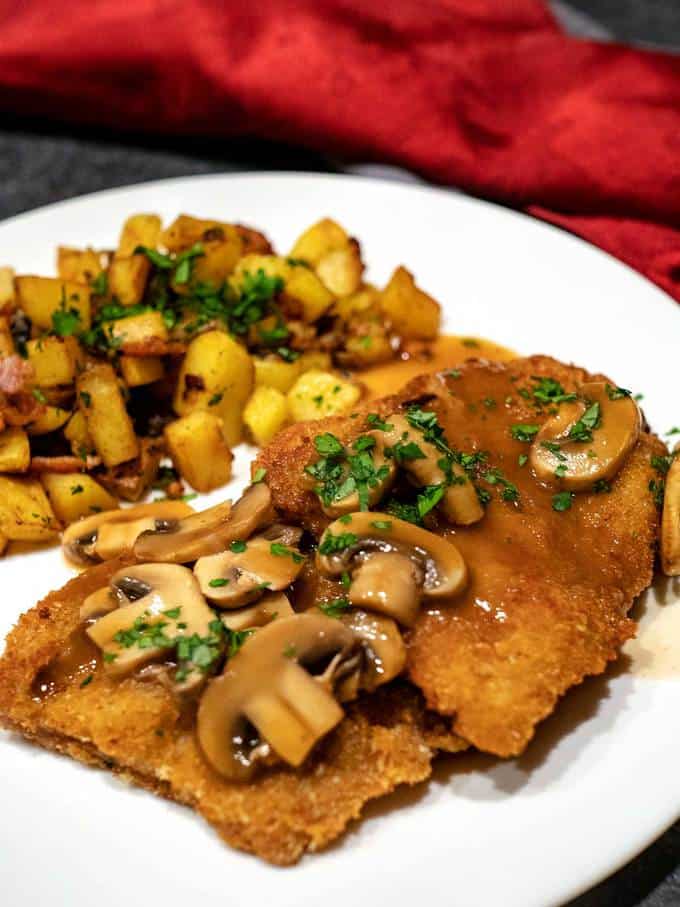 Jaeger Schnitzel was originally made with venison or wild boar that was pounded thin. Now, it’s generally made with pork. One can use pork chops, pork loin, or my favorite, pork tenderloin. Interestingly, chicken fried steak is thought to be an adaptation of this dish brought to America by German immigrants. 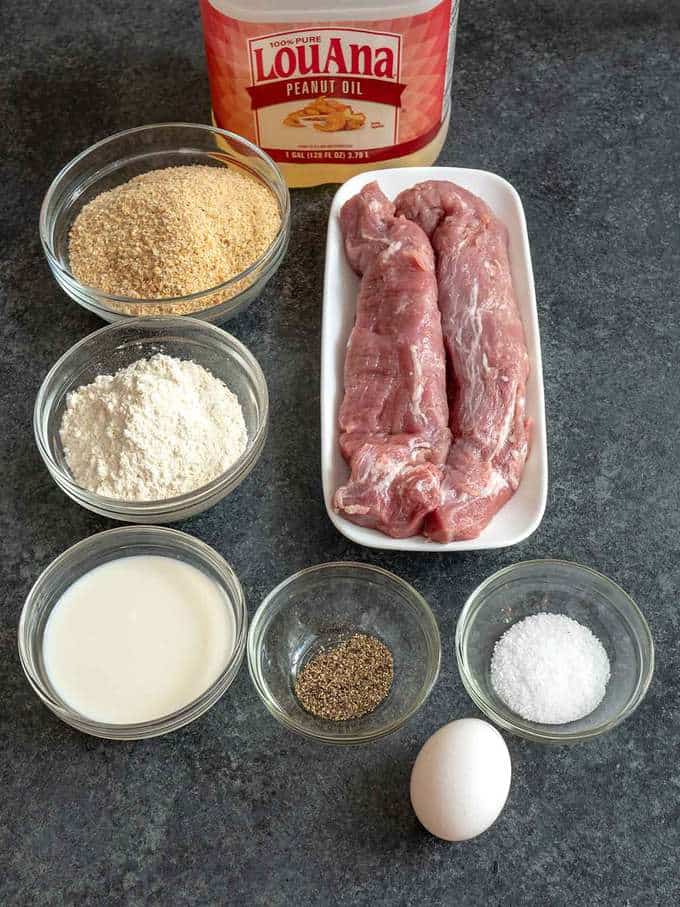 For the Mushroom Sauce, I used low sodium chicken broth, Bisto, sour cream, unsalted butter, fresh mushrooms, and Madeira. You could also use cornstarch in place of the Bisto, and Dry Marsala in place of the Madeira. 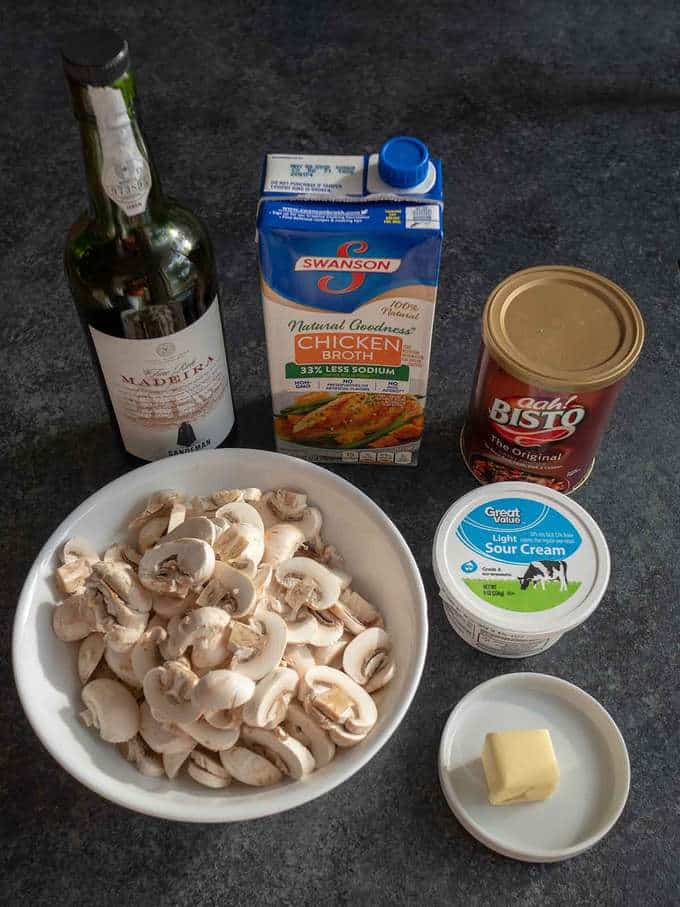 Preparing the Pork for the Jaeger Schnitzel:

I removed the silver skin and residual fat from the pork tenderloin. Then, I butterflied the tenderloin by slicing it horizontally with a sharp knife, taking care not to cut all the way through. Next, I covered the pork tenderloin in plastic wrap, and pounded it to about ¼-inch. Then, I cut the pork into serving-size pieces. 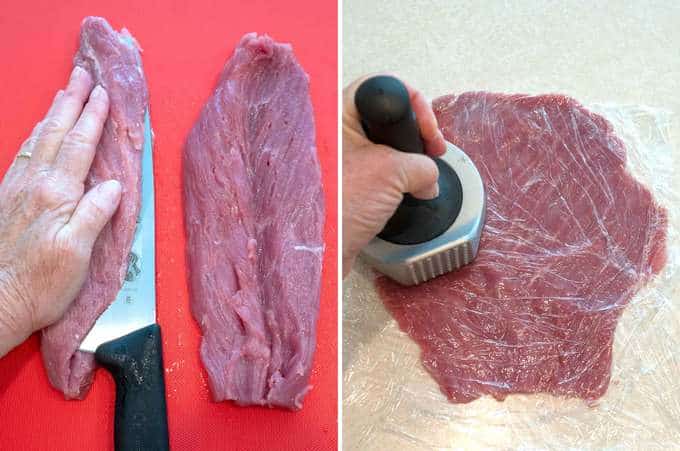 Breading the Pork for the Jaeger Schnitzel:

As far as the breading, I started by adding the flour, salt, and pepper to a Ziploc bag. Then, I  combined the milk and egg in a dish. Next, I  added the breadcrumbs to another dish. The actual breading goes like this: (1) coat pork in flour; (2) dip the coated pork in milk/egg mixture; (3) coat the pork again in flour; (4) dip the coated pork again in the milk/egg mixture; and (5) finally, coat the pork in breadcrumbs. Once I had breaded the pork, I placed it in single layers on a wax paper lined plate. I refrigerated the pork for at least an hour to allow the breading to set. 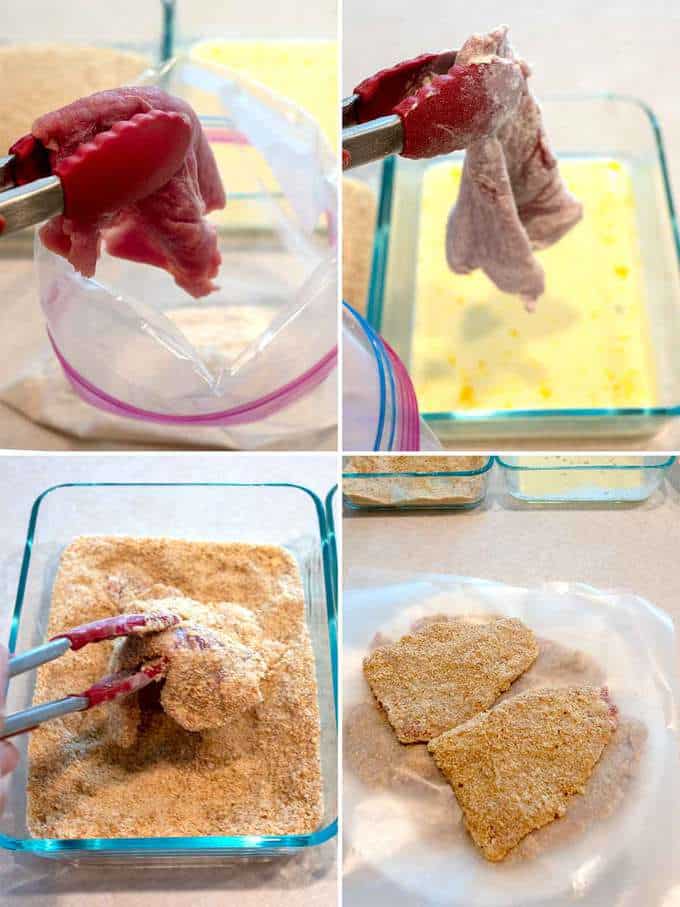 To cook the schnitzel, I heated about ½ cup of peanut oil in a 12-inch skillet over medium heat. I cooked several pieces of the breaded pork at a time, first on one side until golden brown and then on the other side until golden brown. This took 5 to 6 minutes per side. When the pork was done, I transferred it to a plate lined with paper towels and allowed it to drain while I cooked the rest of the pork. 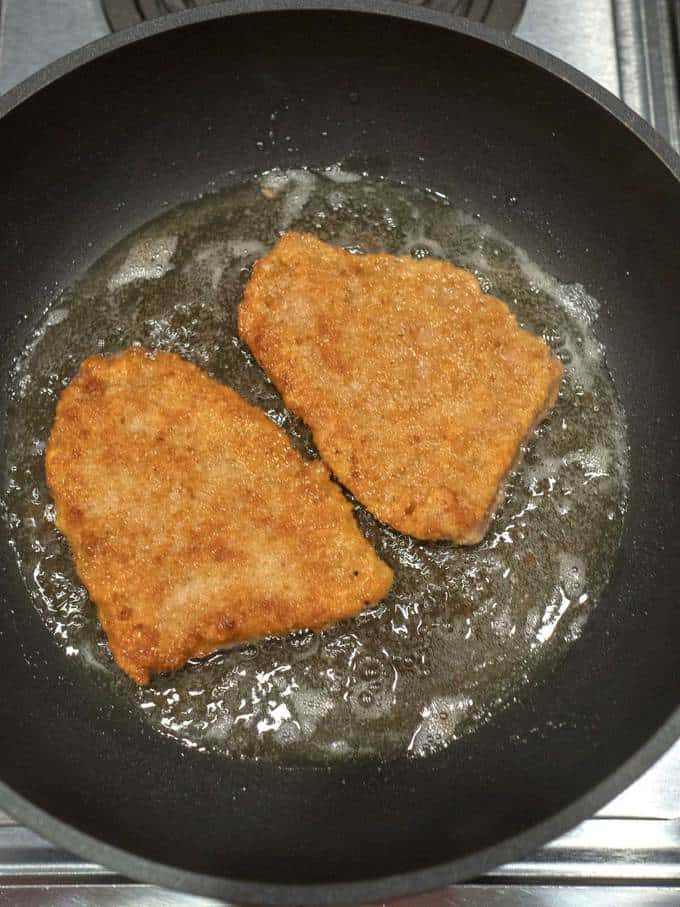 While the pork was cooking, I combined the chicken broth, Bisto, and sour cream in a measuring cup, and set it aside. 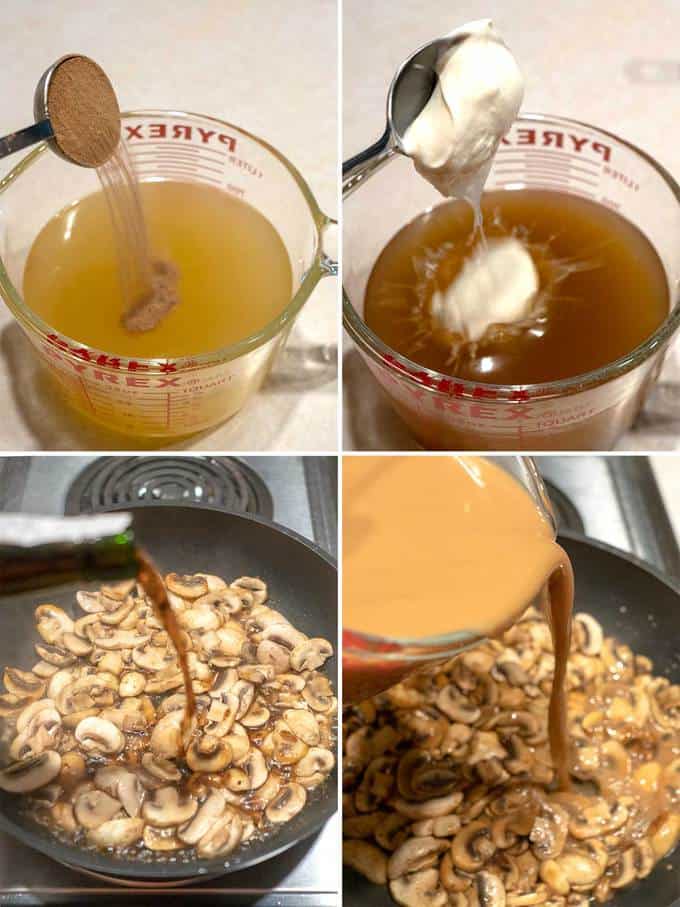 I served the pork schnitzel with the mushroom sauce spooned over it, along with German Fried Potatoes & Onions on the side. What a perfect Oktoberfest meal! My mind traveled back to sitting outside of a German bistro in Munich sipping beer and savoring the flavors of an incredible meal. Yum! 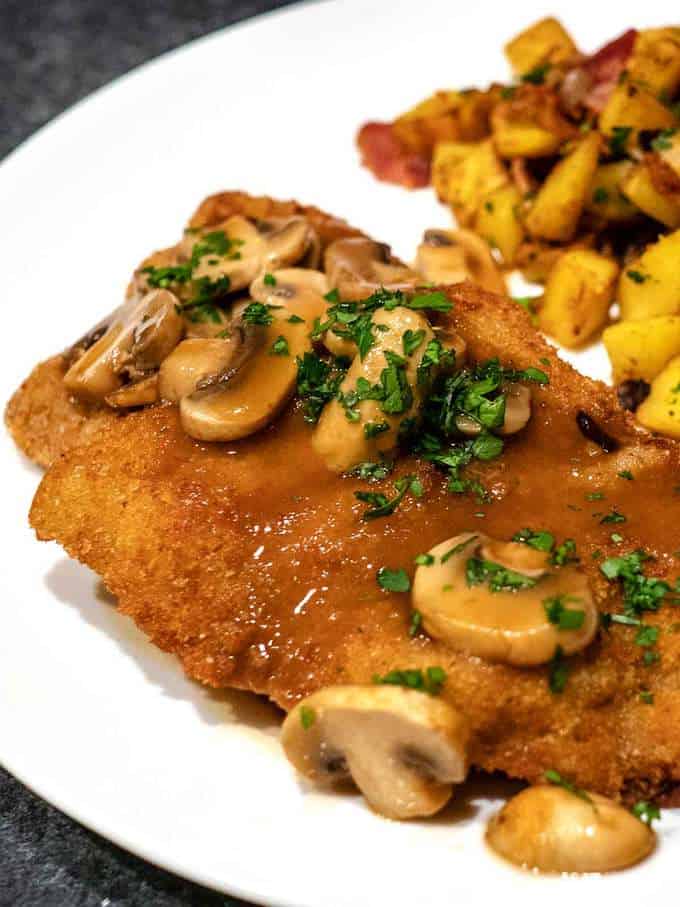 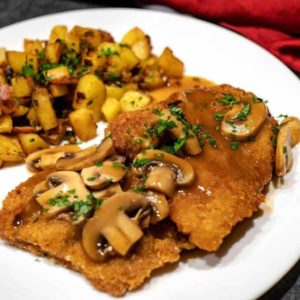