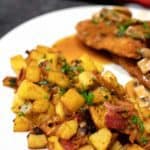 German Fried Potatoes & Onions or Bratkartofflen is the ultimate comfort food. It’s also the perfect side dish for German entrées such as schnitzel and bratwurst. Imagine perfectly cooked potatoes complimented with caramelized onions and crispy bacon. Is your mouth watering yet? I know that mine is! 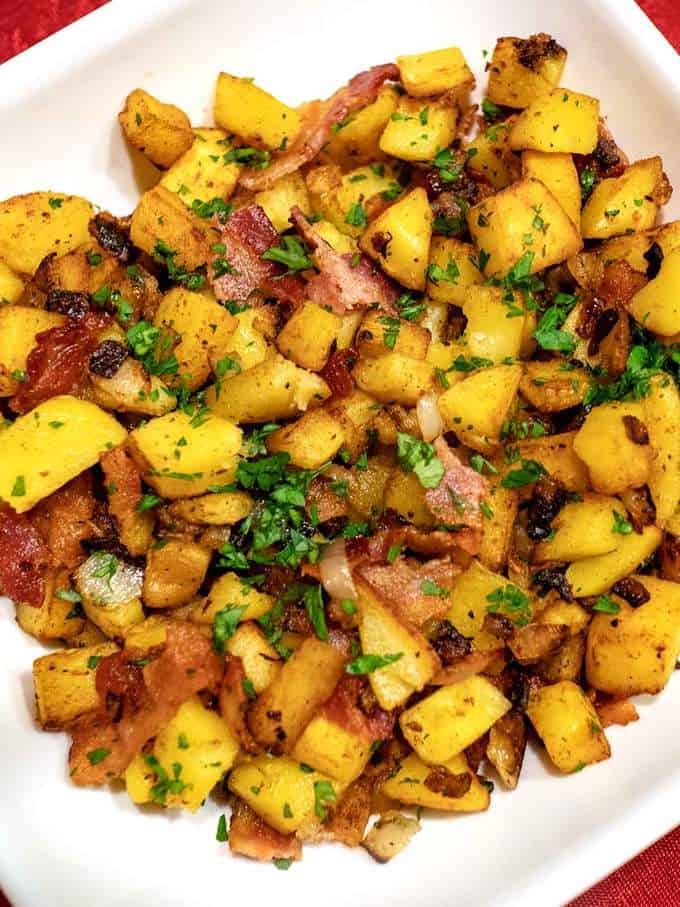 When I travel to Germany, these potatoes are always at the top of my list of foods that I want to eat. Unfortunately I don’t speak German. However, I’ve learned a few German words including Bratkartofflen. That makes it easy for me to spot these incredible potatoes on menus.

As with a lot of dishes, the Bratkartofflen sometimes referred to as German Fries was brought to America by the German immigrants. However, because Germany was the enemy in World War I, the “German” part of Fries was dropped during the war. That left only Fries or sometimes American Fries. Whatever they’re called these German Fried Potatoes & Onions are addictively delicious.

First, I peeled the potatoes and cut them into ½-inch cubes. After rinsing the potatoes, I covered them with water. Then, I added some salt, and brought the potatoes to a boil over medium heat. As soon as the water started boiling, I removed the pan from the heat and throughly drained the potatoes. My goal here was to par-cook the potatoes, leaving them firm so that they would hold their shape later on. 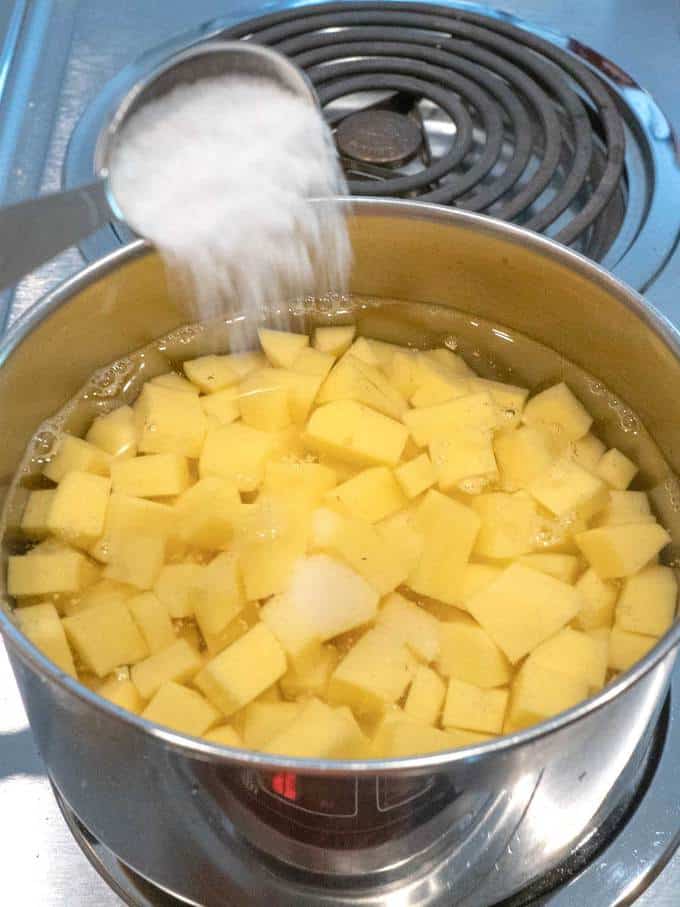 Finally, I crumbled the bacon onto the potatoes and onions, and garnished them with minced parsley. 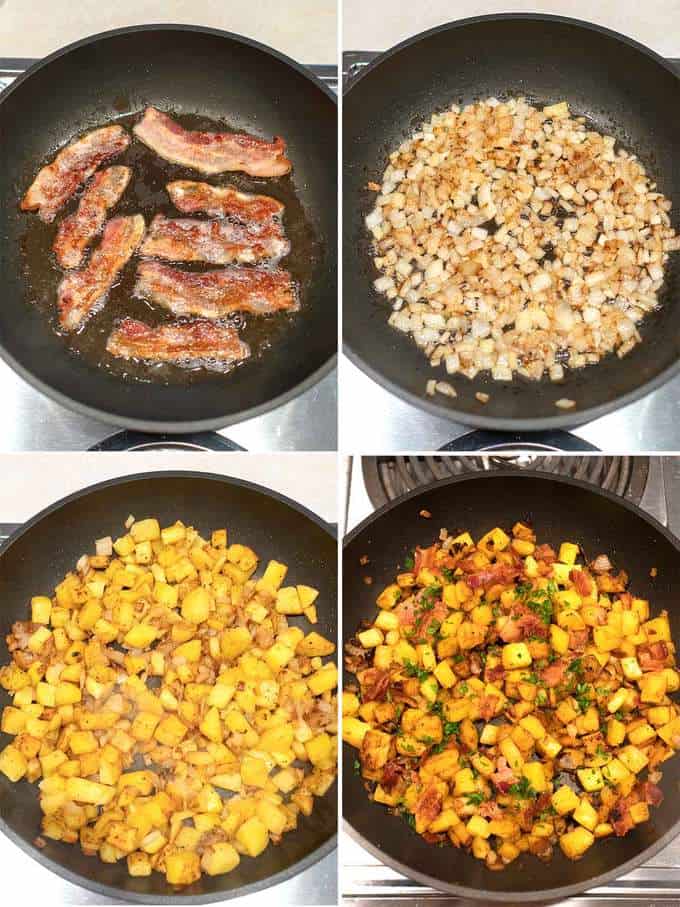 I served the German Fried Potatoes & Onions with Jaeger Schnitzel. The potatoes were amazing. Yum! 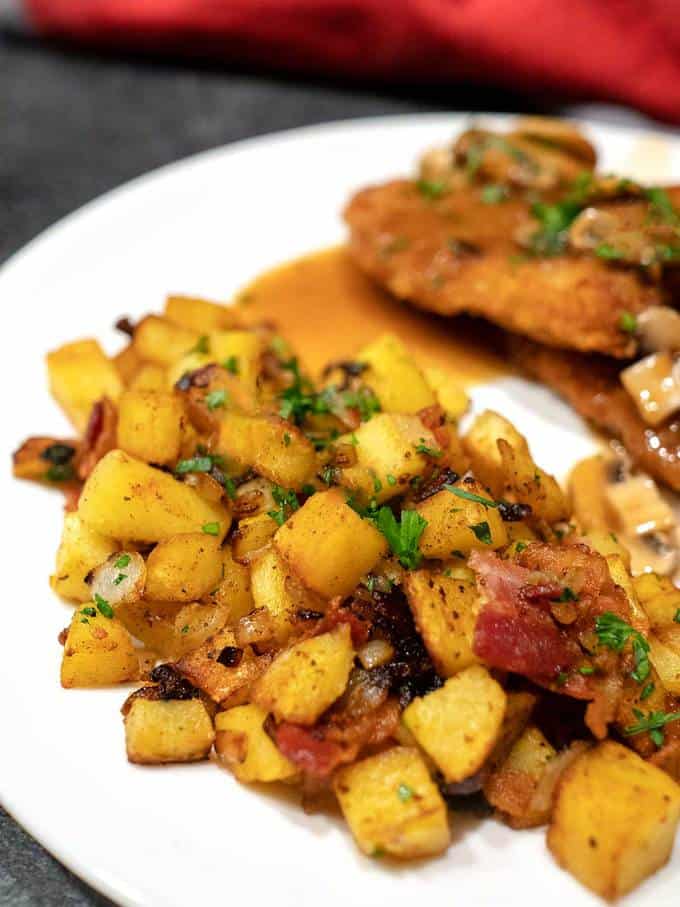 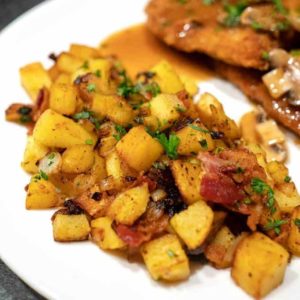