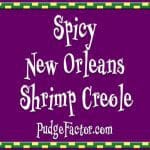 Shrimp Creole is a classic New Orleans dish with both Spanish and French undertones. It consists of shrimp cooked in a spicy mixture of diced tomatoes and the trinity of onion, celery and bell pepper. Traditionally, shrimp creole is served with cooked white rice. Add a piece of freshly baked crusty french bread for an amazing meal! 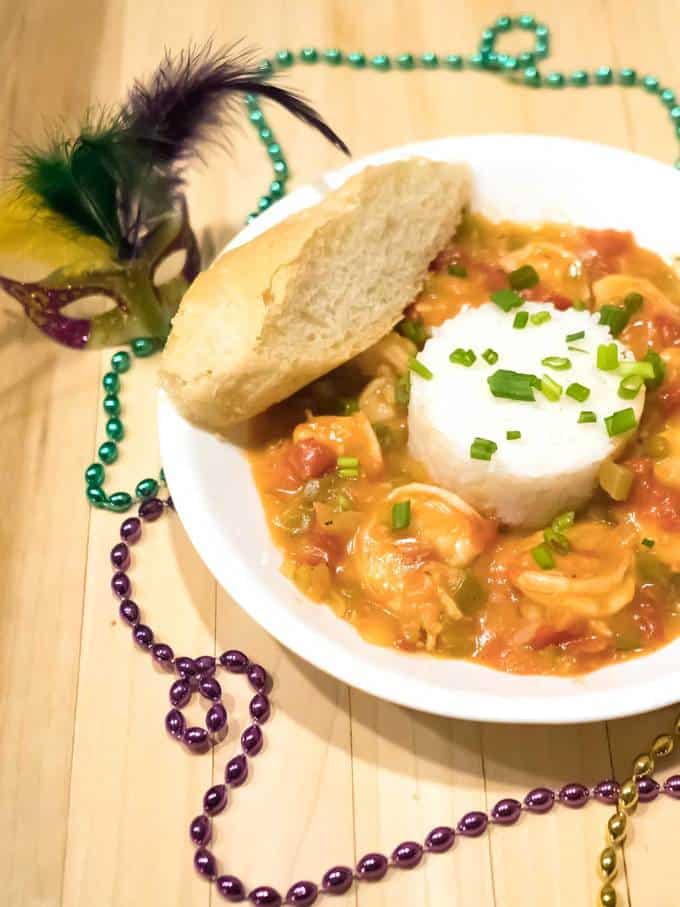 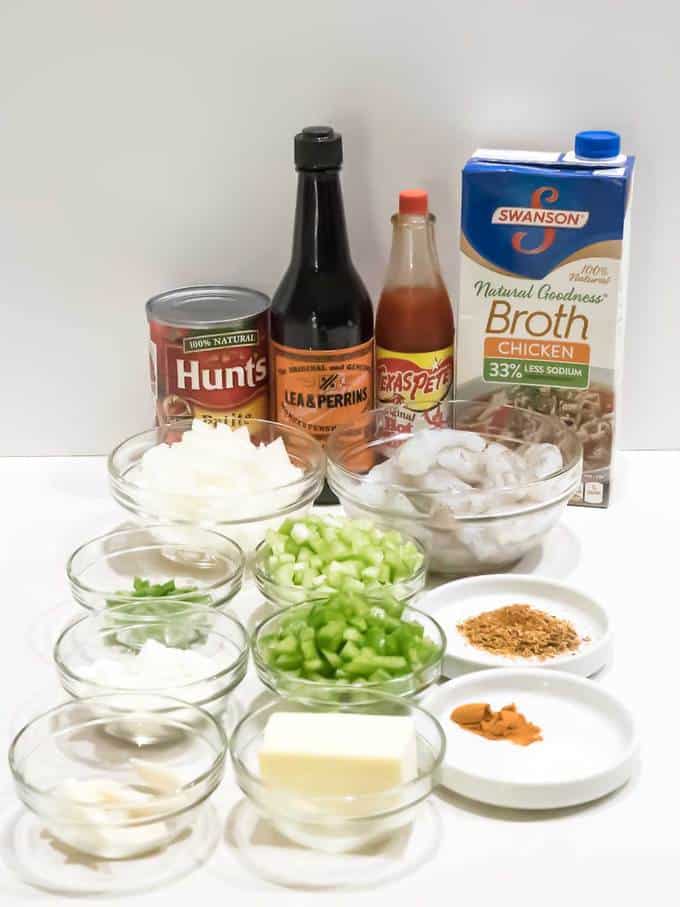 I started by melting the butter in a large saucepan over medium heat. Then, I added the trinity – onions, celery, and bell pepper. I cooked the trinity for about 10 minutes until the vegetables had started to soften.

Next, I added the garlic, and cooked the mixture for about 30 seconds until the garlic was fragrant. Then, I added the flour, salt, sugar, and cayenne pepper. I gave the mixture a stir, and added the tomatoes, chicken stock, Worcestershire sauce, and hot sauce. 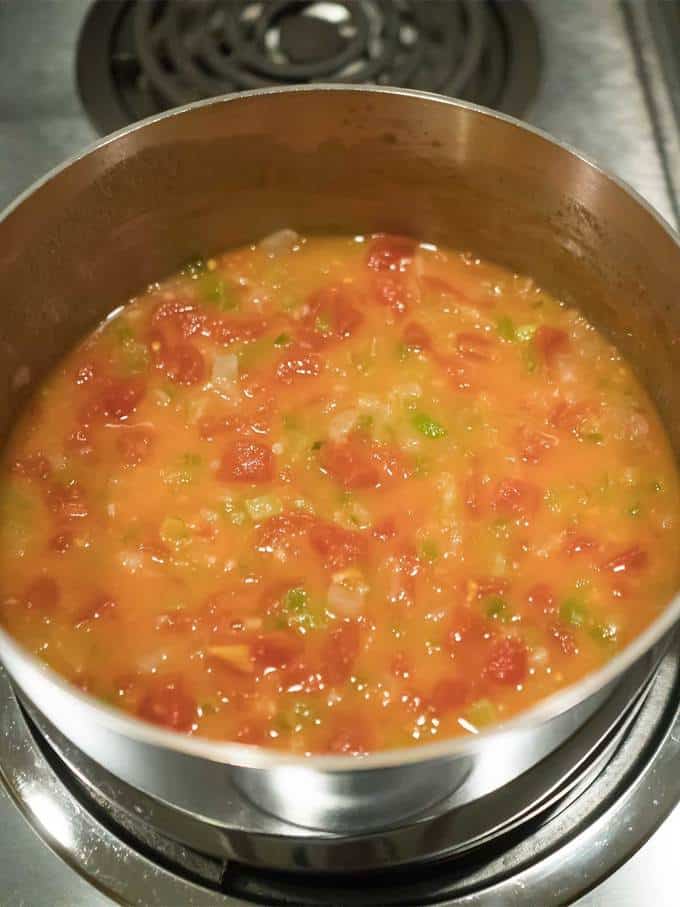 I brought the creole mixture to a boil, stirring constantly. Then, I lowered the heat to low, covered the pan, and cooked it for about 30 minutes until the vegetables were tender.

Meanwhile, I got the shrimp ready by mixing it with the Creole seasoning. After the tomato mixture had simmered for 30 minutes, I added the shrimp, and stirred to combine everything. I let the shrimp cook for 3 to 4 minutes until they were pink and cooked through. 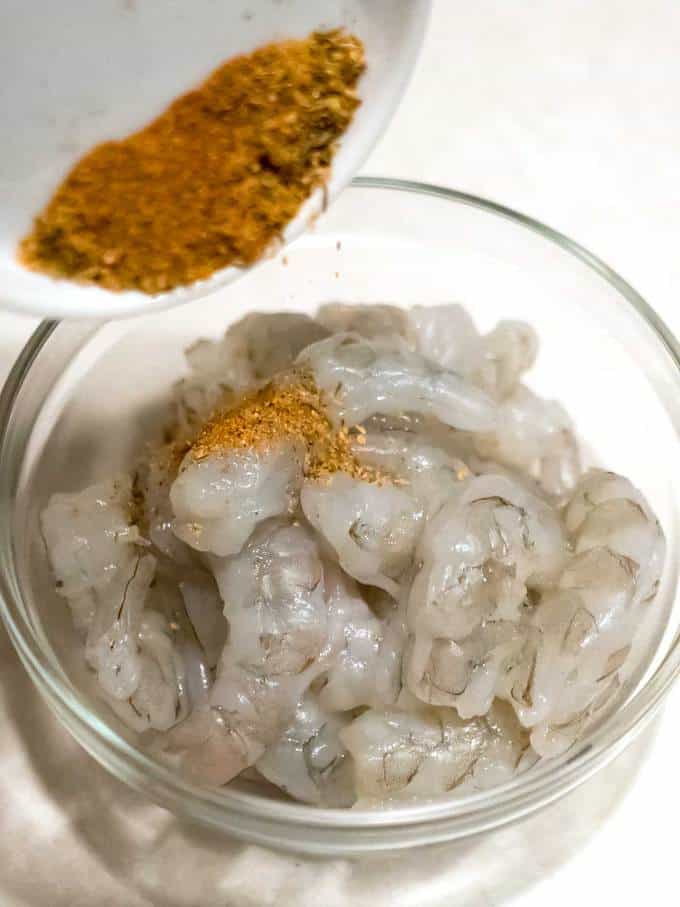 I served the Spicy New Orleans Shrimp Creole with white rice that I had cooked according to package instructions, and crusty french bread. Yum! 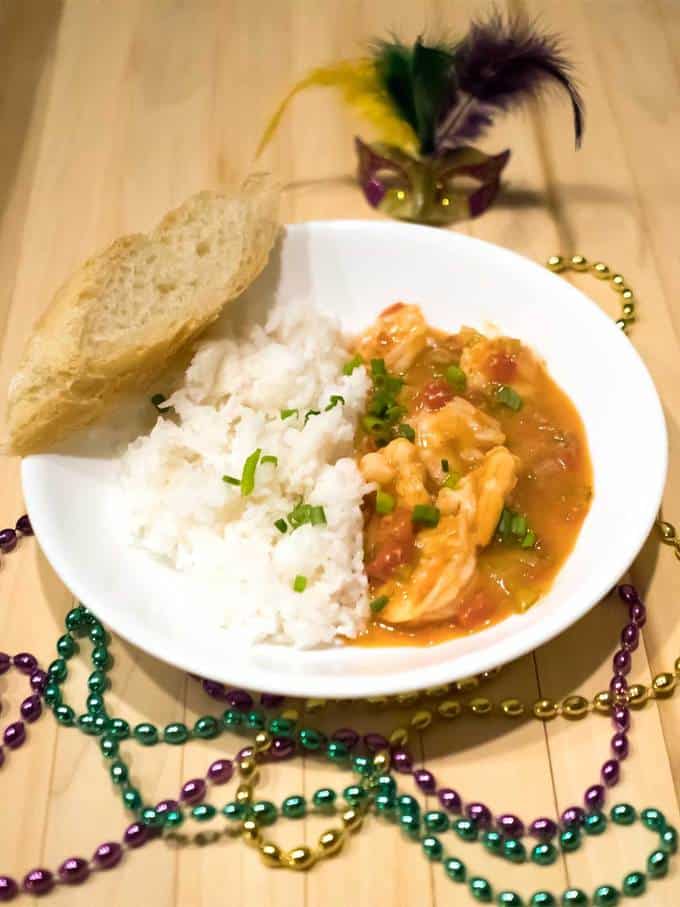 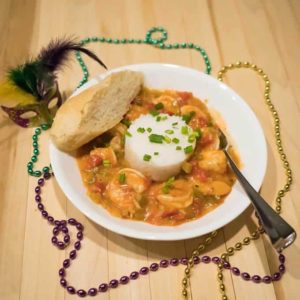