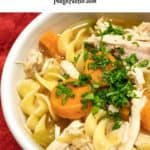 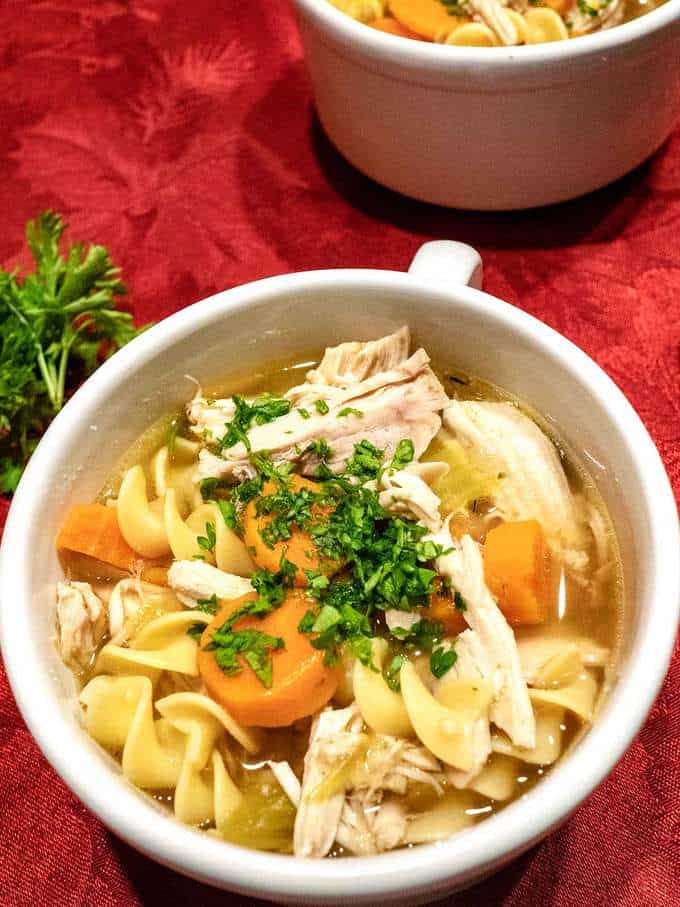 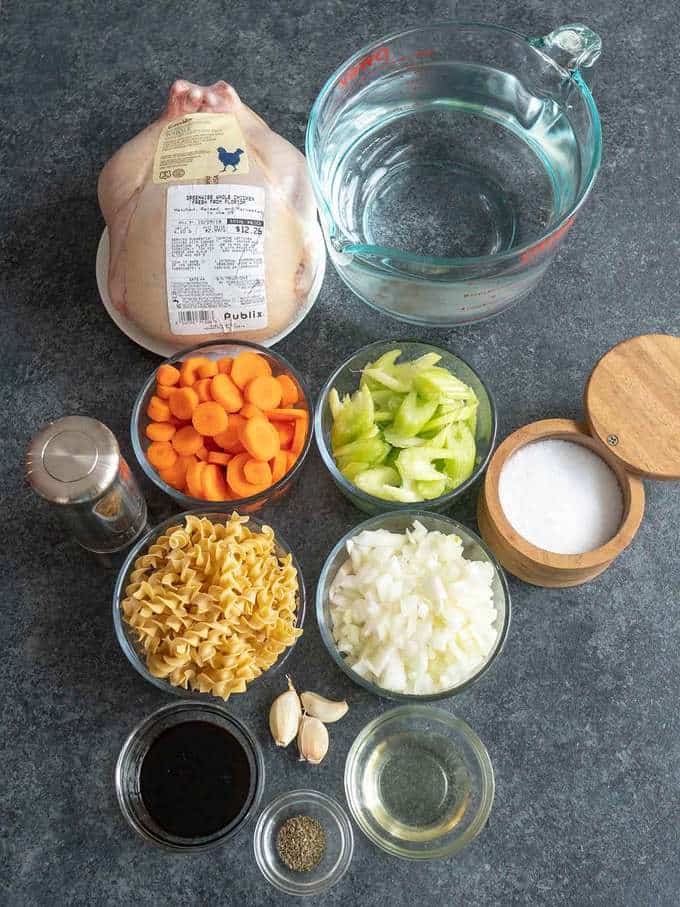 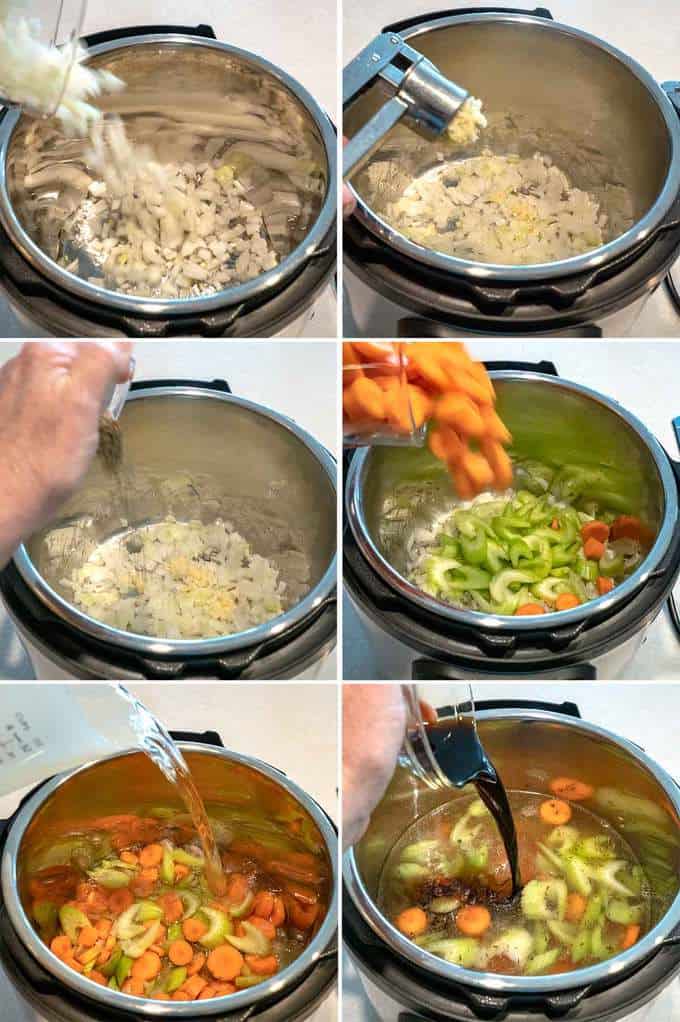 You might think it odd that I used water rather than chicken broth, and that I added soy sauce. The reason for the water was that I ultimately added a whole chicken which provided not only significant nutrients, but also a ton of flavor. Soy sauce is rich in Umami which acts to balance the taste and round the flavor of dishes such as this without your actually tasting the soy sauce. Also, it adds salt to the dish. 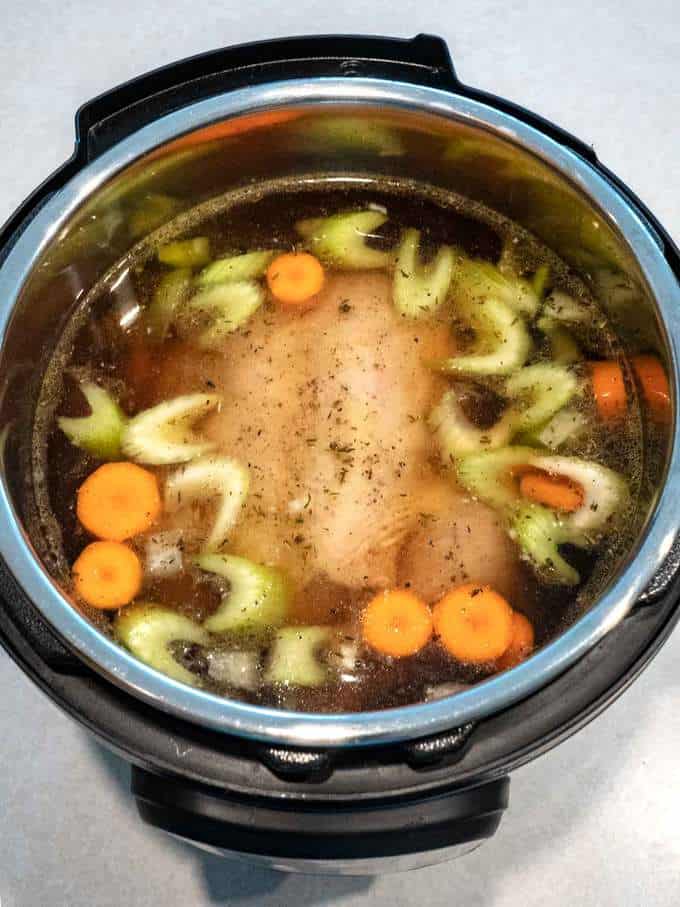 I checked to make sure that the ingredients were below the fill level before I secured the lid. While it was close, everything fit fine. Just as an aside, my Instant Pot has a 6-quart capacity. I think anything smaller would have been tis small

I locked the lid and made sure that pressure valve was closed. Then, I programmed the Instant Pot on the poultry setting, made sure that it was on high pressure, set the time for 20 minutes, and walked away. 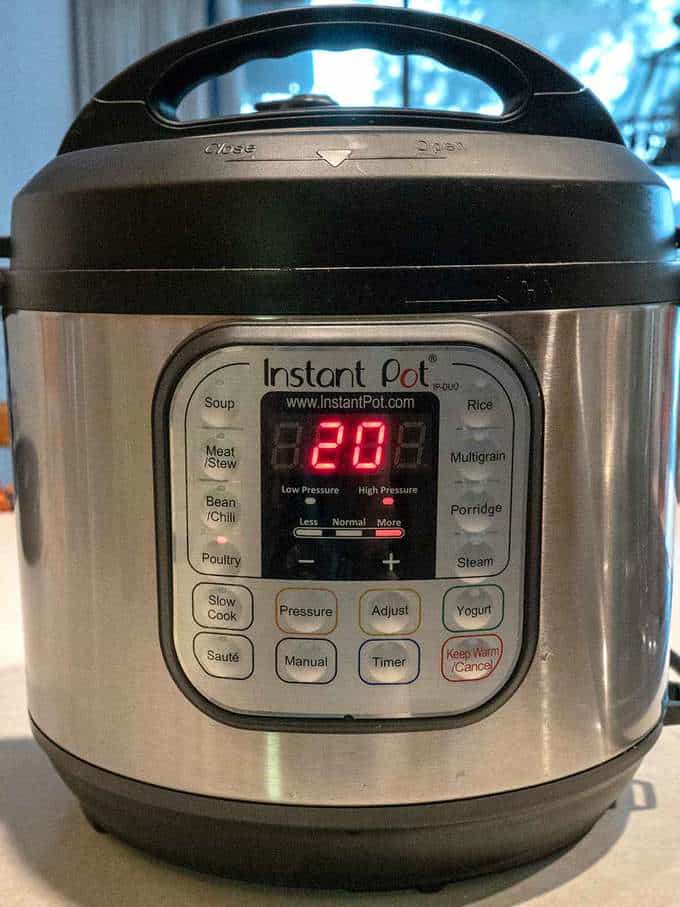 After 20 minutes, I released the pressure using the quick release method. Even though this was “quick” release, it took about 10 minutes for the Instant Pot to totally depressurize.

I carefully removed the lid, and transferred the chicken to a cutting board. The chicken was literally falling off the bones! 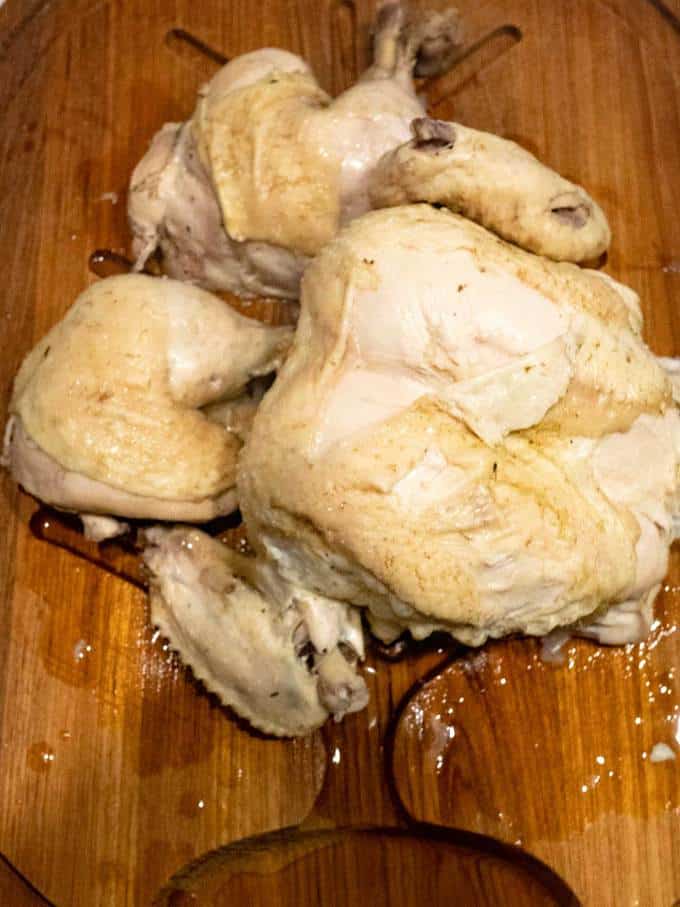 I let the chicken cool for about 20 minutes, and then started pulling off the skin, and removing the meat from the bones. I discarded the skin and bones, and shredded the chicken into bite-sized pieces.

Because I used a whole chicken, there was a lot of meat. In fact, I thought that there was too much chicken for the amount of the other ingredients. Therefore, I just added back half of the chicken and used the rest to make some chicken salad. The amount that you use is really a personal preference. However, I wouldn’t skip on using the whole chicken because of the flavors and nutrients.

Before returning the chicken to the soup, I skimmed off the excess fat that had formed on the surface.

After returning the shredded chicken to the soup, I brought it to boil. I stirred in noodles, and cooked them until they were tender. This took about 5 minutes. 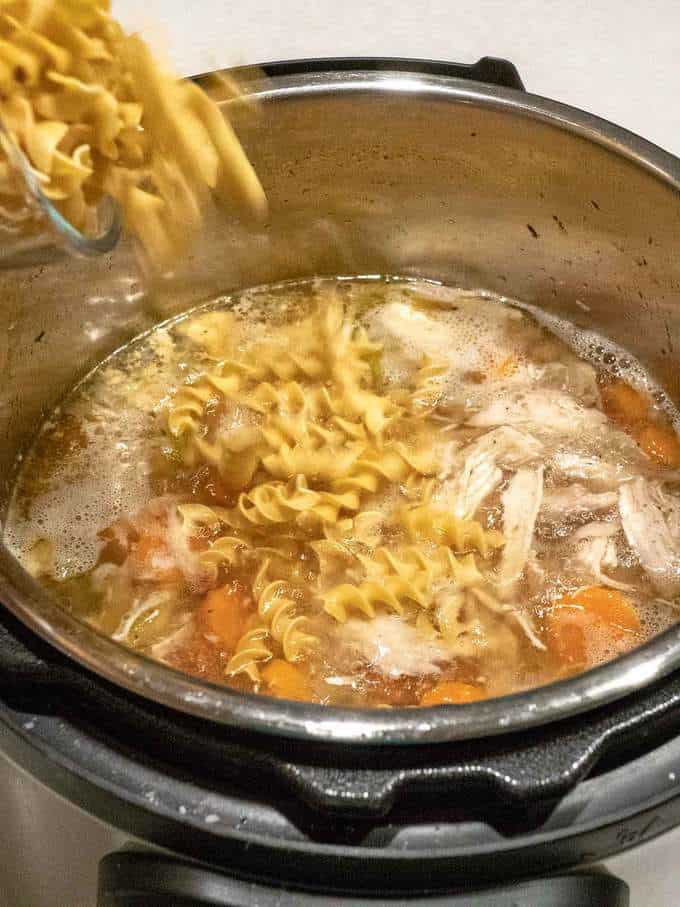 I carefully corrected the seasonings, adding a bit of salt and some freshly ground black pepper. To say that the soup was delicious is a huge understatement. Everything about it was perfect. You should try it. Yum! 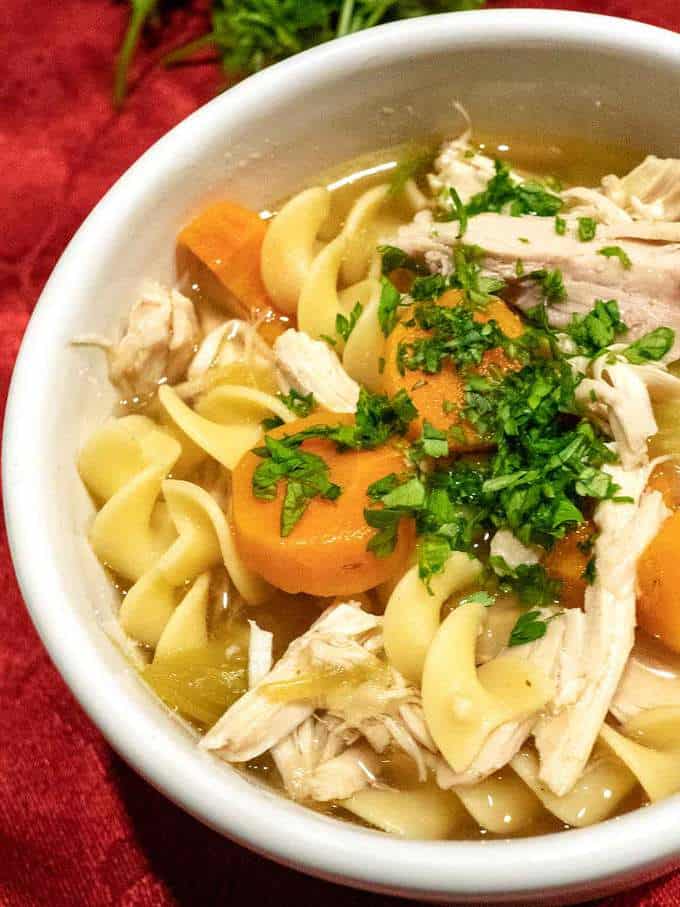 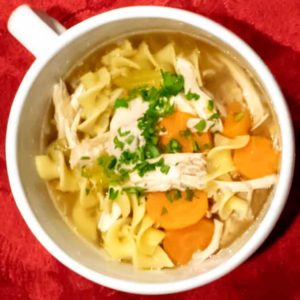