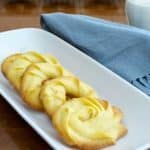 French Sablés, with their characteristic sandy texture and melt in your mouth delicious. They’re easy to make, and will WOW even your most picky eater! 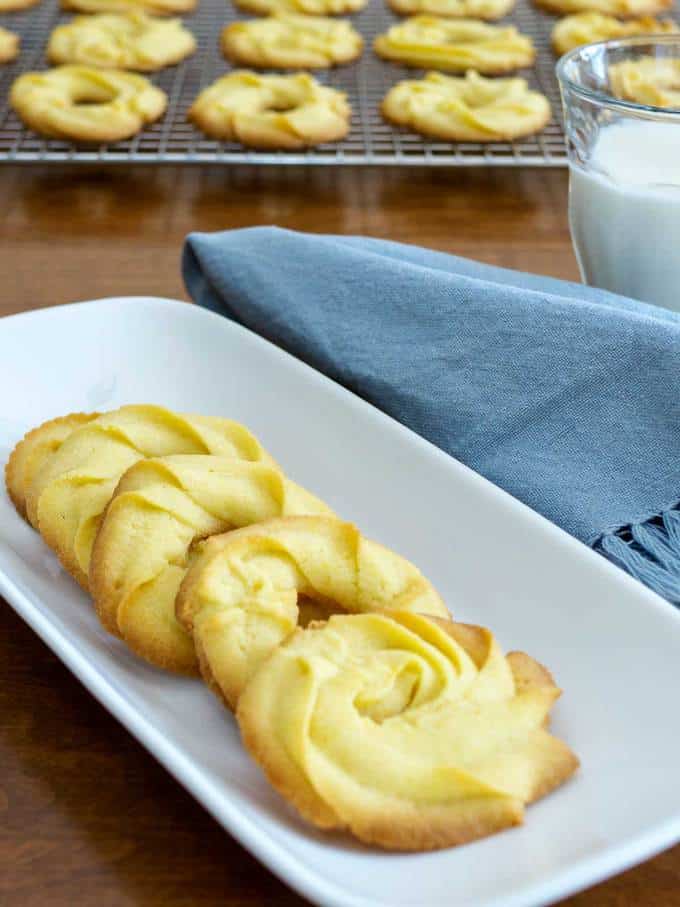 For some time, I’ve been wanting to try Dorie Greenspan’s Sablés recipe from Baking: From my home to yours.  One of the reasons for my procrastination was that the recipe called for egg yolks.

I was concerned that the egg yolks would make the cookie less than the described melt-in-your-mouth tender.  Also, I really didn’t want to go through the shaping of the dough into a log, refrigerating it and then cutting the individual Sablés as called for in the recipe.

Several days ago, I made Pierre Hermé’s Sable Viennois which called for piping the dough into different shapes with a 1M-star tip.  Interestingly, Pierre Hermé’s recipe used egg whites.  Anyway, I thought – why not use the same piping technique for Dorie Greenspan’s recipe?  It worked like a charm.  Also, my concern about using egg yolks was totally unfounded. The Sablés were as described – crumbly and melt-in-your-mouth tender.

I used the following ingredients for these incredible French Sablés: Unsalted butter, granulated sugar, confectioner’s sugar, fine sea salt and egg yolks. I was surprised that the recipe didn’t call for vanilla extract.  Tempted as I was to add a bit, I refrained. 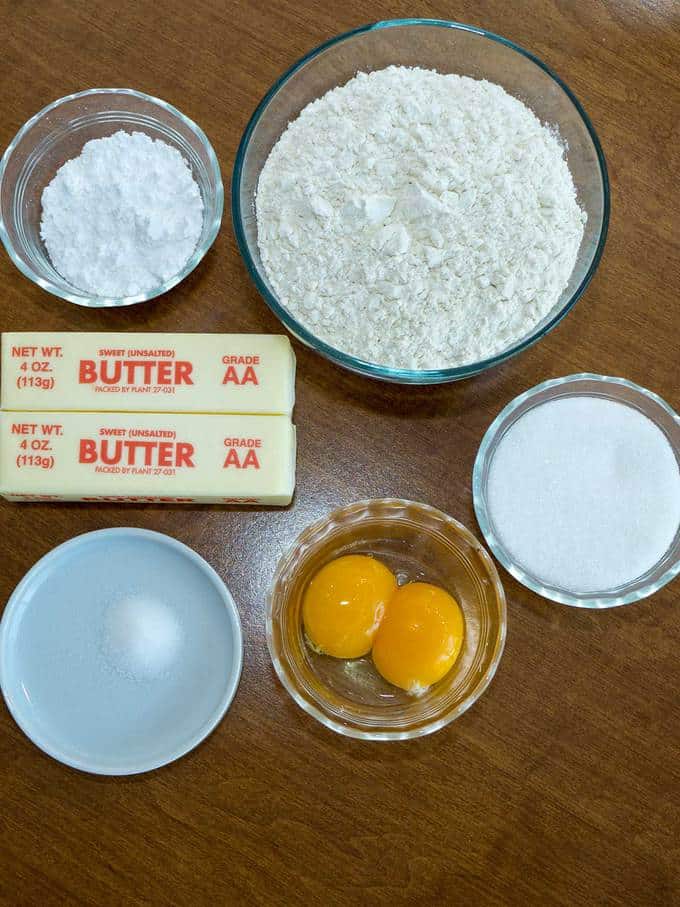 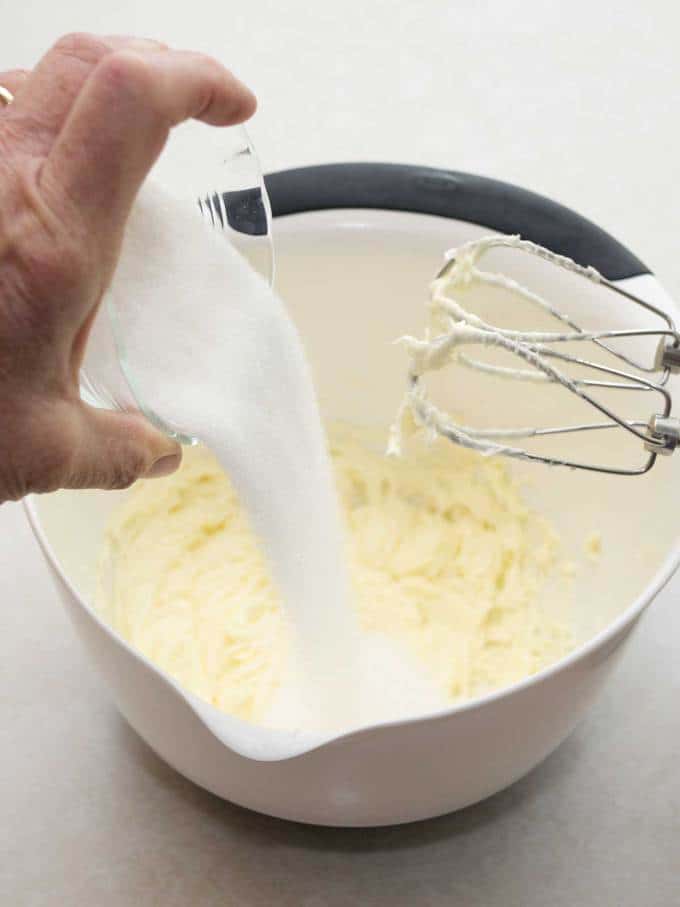 With the electric mixer on low speed, I added the egg yolks and beat the mixture until everything was well blended. (As an aside, the egg yolks really are that color. I get my eggs from my brother who raises chickens!) 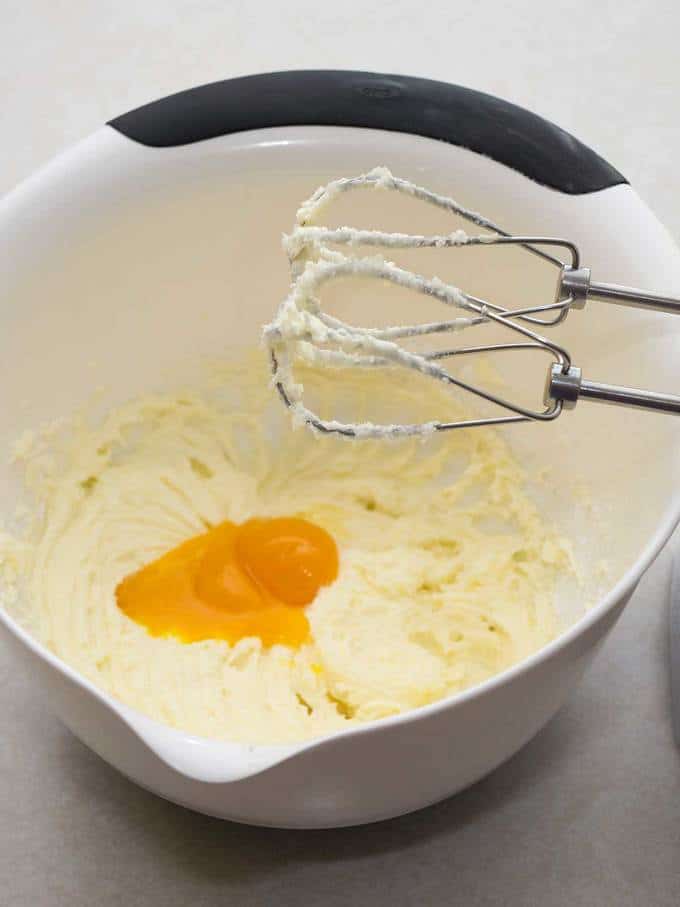 Finally, I added the flour and beat the mixture on low speed just until the flour was incorporated into the dough. 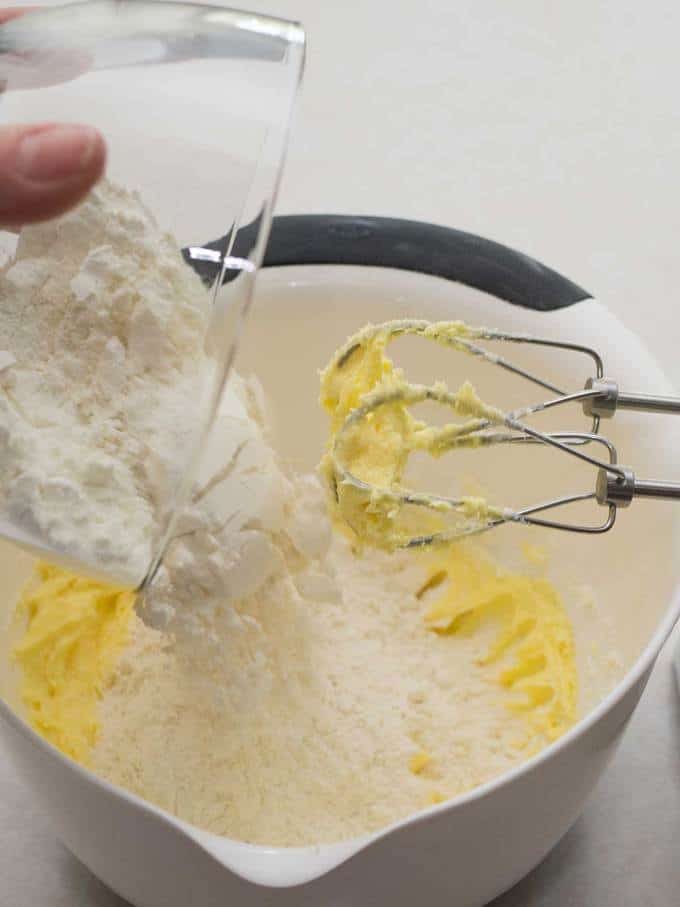 Rather than form the dough into logs for slicing later, I put the dough into a pastry bag fitted with a 1M-star tip, and piped circles onto baking sheets lined with parchment. I use reusable parchment – thus the color! 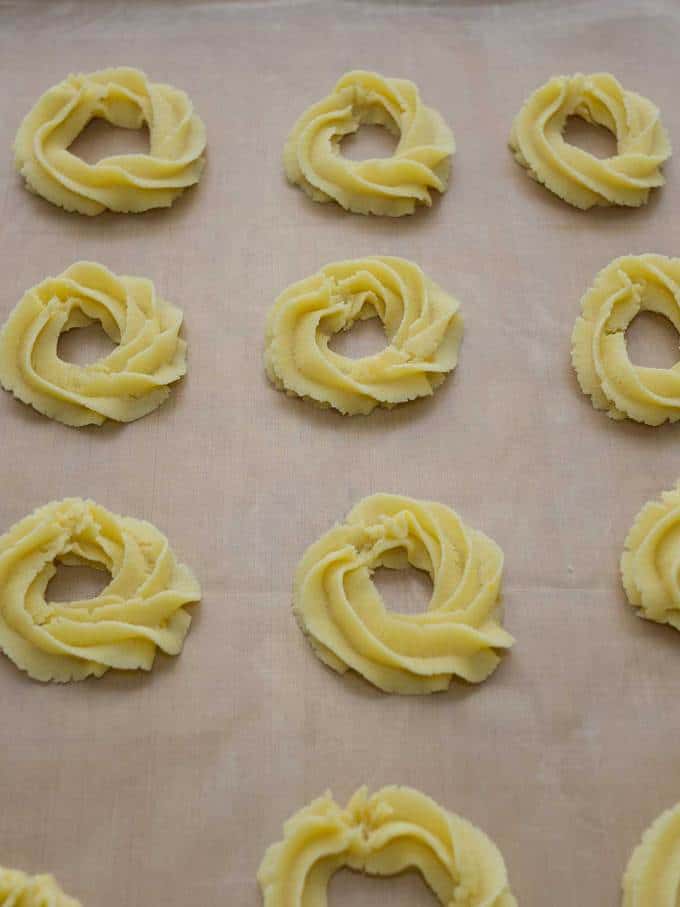 Into a 350° F oven the cookies went for 12 to 13 minutes, until they were lightly golden brown around the sides.  I transferred the cookies to a wire rack to allow them to cool completely. The result was around 3 dozen crumbly and melt-in-your-mouth Sablés. Yum! 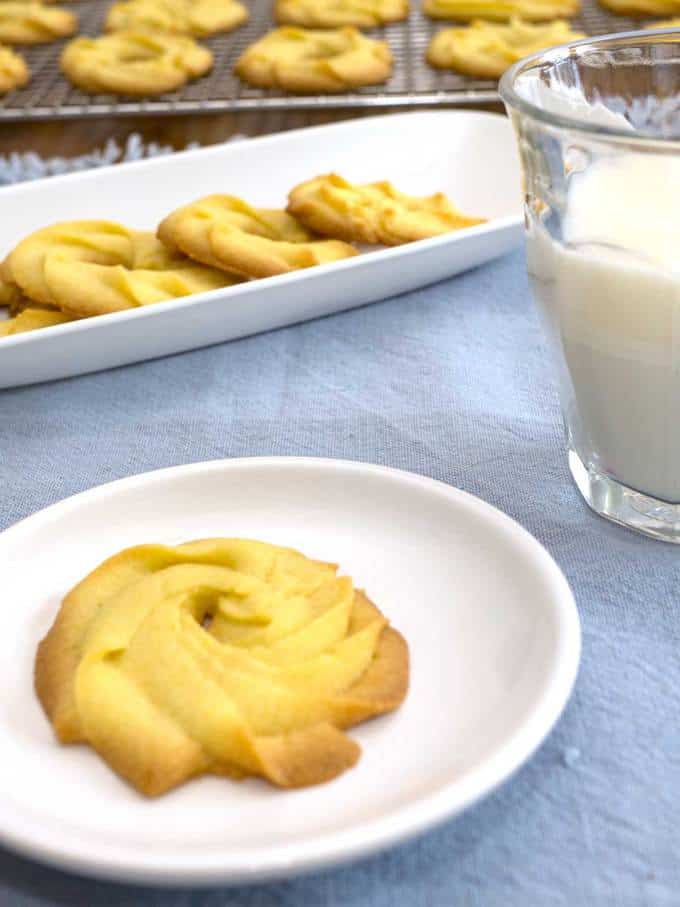 If you’d like to try another kind of Sablé, check out my Meyer Lemon Sablés.

I hope you liked this recipe for French Sablés as much as I do. If so, please consider rating it and leaving a comment. Also, if you’d like to receive notifications of new posts by email, enter your email address in the Subscribe box. 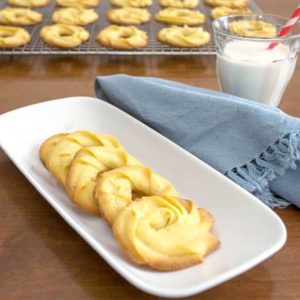 French Sablés (Adapted from Dorie Greenspan's Sable recipe in Baking: From my home to yours)