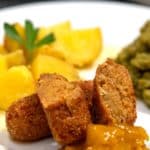 Glamorgan sausages are a traditional Welsh vegetarian sausage made primarily with bread crumbs, leeks and cheese. The only thing that is sausage-like is the shape. The mixture is bound together with egg, coated in bread crumbs and fried to a golden perfection. Leftovers, if any are just as good reheated! 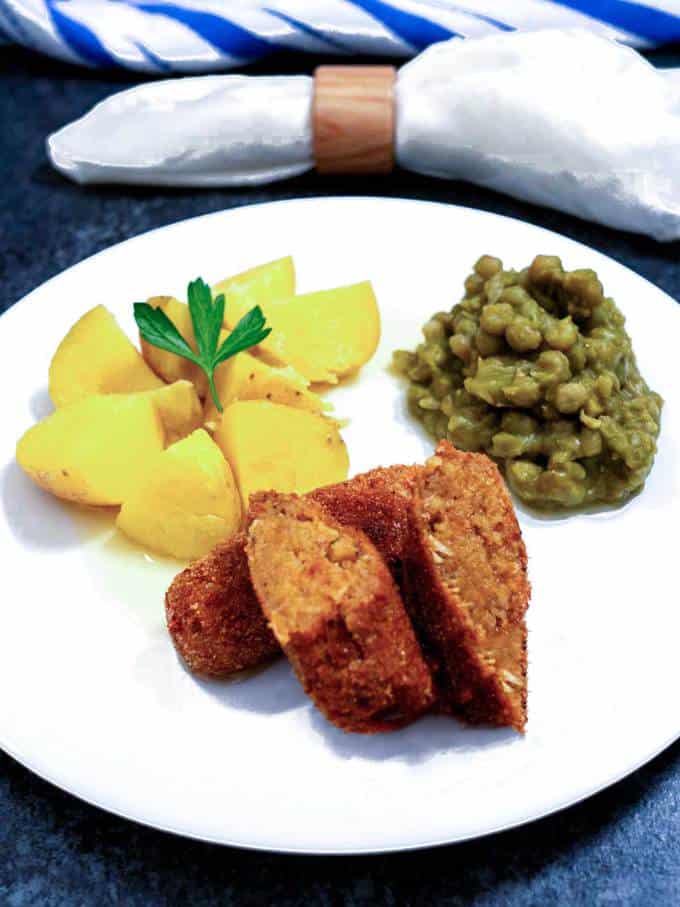 The first published mention of Glamorgan sausages dates back to the mid-1800’s.  Their origins, however, are thought to date as far back as the 12th century. Originally, they were made with Glamorgan cheese from Glamorgan, Wales. Over time, the Glamorgan cheese was replaced with Caerphilly which is another Welsh cheese. The popularity of Glamorgan sausages rose during World War II when meat was more difficult to obtain due to rationing. Also variations on the types of cheese started to appear.

Leeks are also a key ingredient in Glamorgan sausages. The leek is the national emblem of Wales. Legend has it that St. David, the patron saint of Wales ordered his Welsh soldiers to identify themselves by wearing the leek on their helmets in an ancient battle against the Saxons. The battle that took place in a leek field.

Since neither the Master Taste Tester nor I had ever had Glamorgan sausages, it was a bit of a stab in the dark in terms of making them. Over time, I tried a number of variations on the type of cheese and also the use of onions rather than leeks.

I couldn’t find Carephilly cheese, so I first tried Kildery which is an Irish Cheddar cheese. I also tried Dubliner which is another Irish cheese, Havarti, Monterey Jack and extra sharp Cheddar cheese. Our conclusion was that the specific type of cheese really didn’t make enough of a difference to focus on one as opposed to another. However, the sharper the cheese, the more it tended to dominate the flavor of the Glamorgan sausages.

For the onions versus leeks, I tried Vidalia onions and red onions, increasing the quantity to achieve a more oniony flavor. At the end of the day, we preferred the subtle and delicate taste of the leeks over the onions.

The first time I made the Glamorgan sausages, I mixed everything by hand. After that, I decided that the food processor was the way to go. However, I learned that it was better to add the cheese at the end and pulse process the mixture just enough to combine the cheese.

As a result of the experimentation, I settled on using the following ingredients to make the Glamorgan sausages: Leeks, unsalted butter, dried thyme, dried bread crumbs, Kosher salt, freshly ground black pepper, Dijon mustard, milk and egg. For the coating, I used all-purpose flour, egg and milk and bread crumbs. 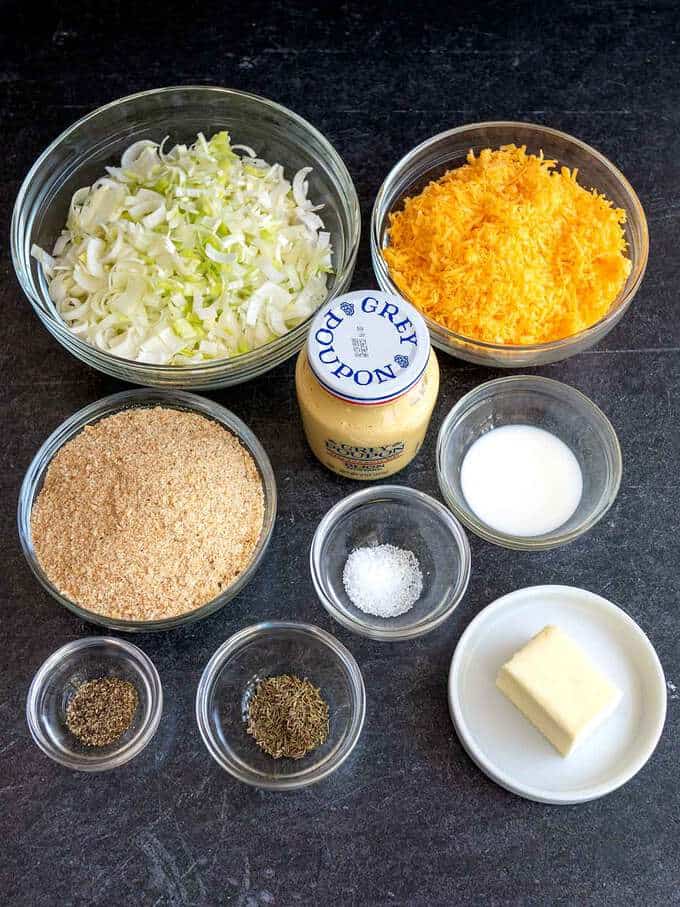 Making the Mixture for Glamorgan Sausages

I started by sautéing the thinly sliced leeks seasoned with the thyme in melted butter over medium heat for about 7 minutes until they softened somewhat. Then, I removed the pan from the heat and allowed the leeks to cool.

Once the leeks had cooled, I added them to my food processor fitted with a steel blade. Then, I added the bread crumbs, salt, pepper, mustard, milk and egg to the food processor. I processed the mixture for about 20 seconds until it held together. 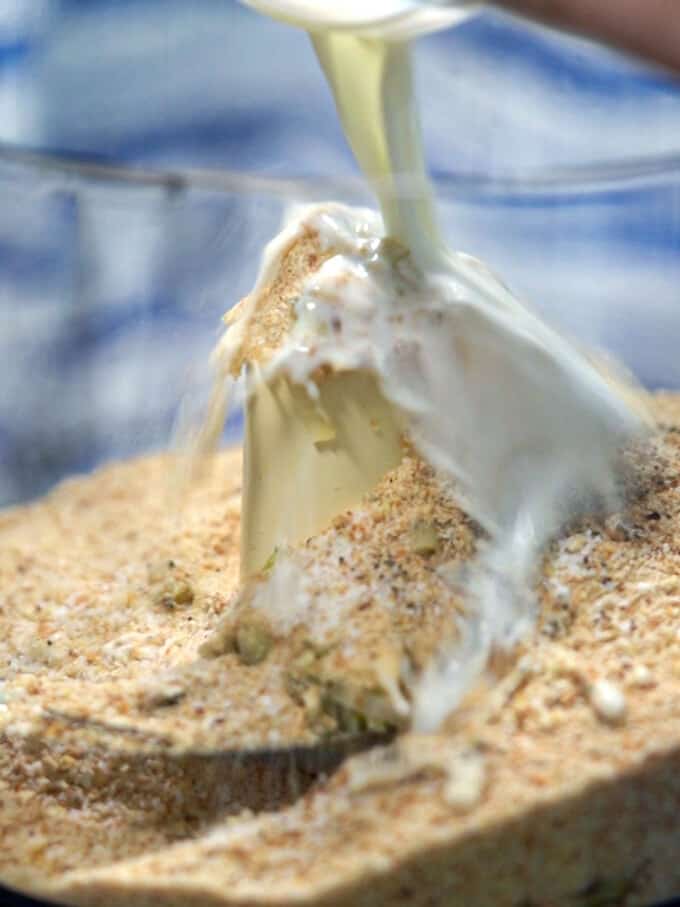 After that, I added the cheese and pulse processed the mixture 5 to 6 times. This was just enough to incorporate the cheese with the rest of the mixture. That’s it! 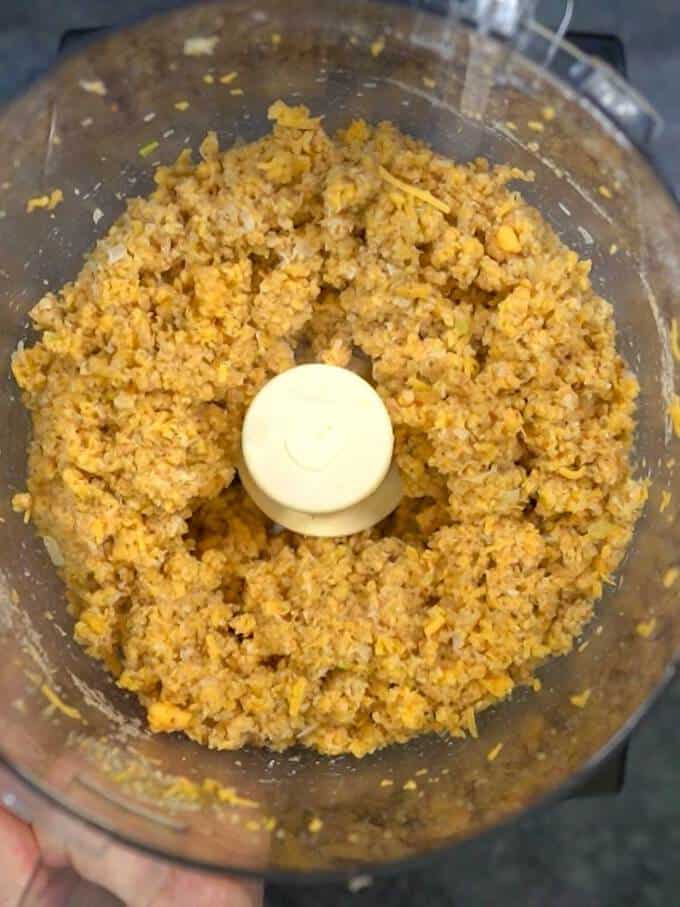 Once the mixture was made, I formed it into log-shaped sausages. Each sausage weighed around 1.87 ounces. Then, I coated each sausage in flour, dipped it into a mixture of egg and milk and rolled it in bread crumbs. I put the sausages in the refrigerator until it was time to cook them. 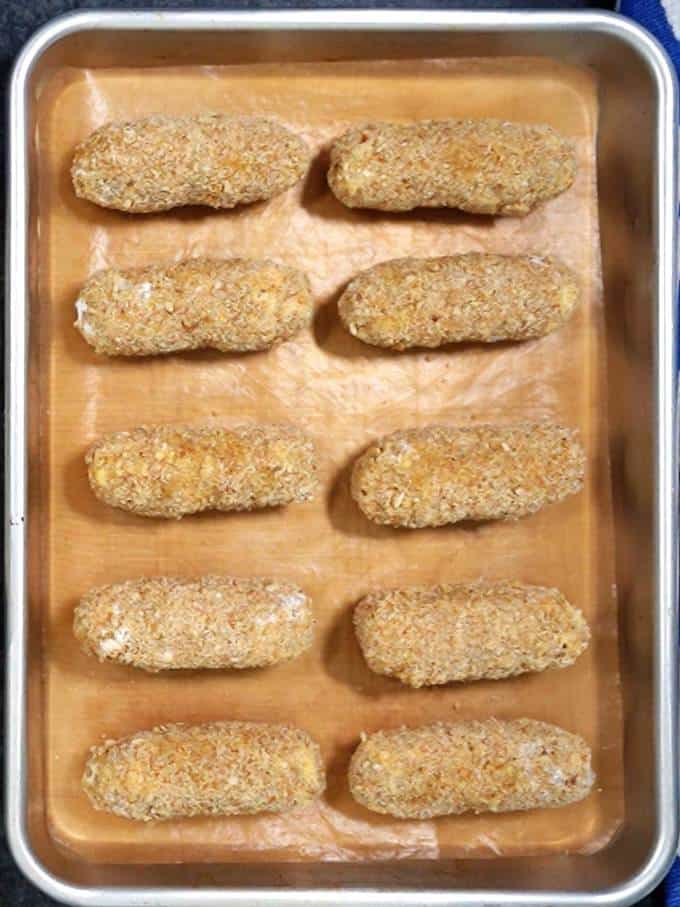 To cook the Glamorgan sausages, I heated oil in a skillet over medium heat to 350°F. Then, I fried the sausages in batches until they were golden brown on all sides. This took 3 to 4 minutes per side. When they were done, I drained the sausages on paper towels. 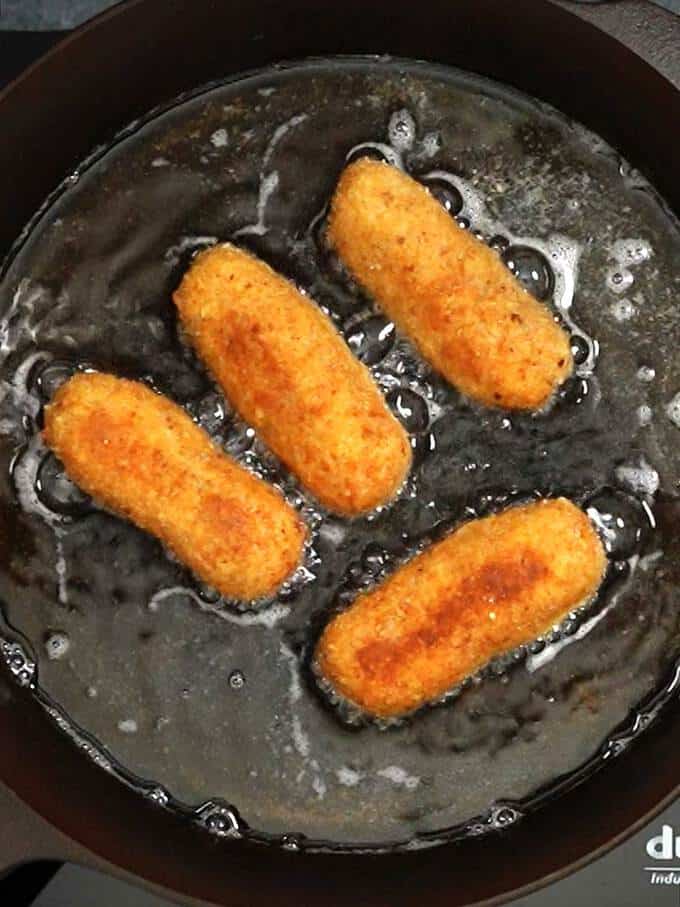 When I make Glamorgan Sausages, I cook all of them at the same time. After they’ve cooled, I place the leftover sausages in a ziploc bag and stick them in the refrigerator. That way, we have ready-made meals. I pop them into a preheated 350°F oven for about 15 minutes to crisp them up.

The Glamorgan Sausages are absolutely delicious whether freshly cooked or reheated. Yum! 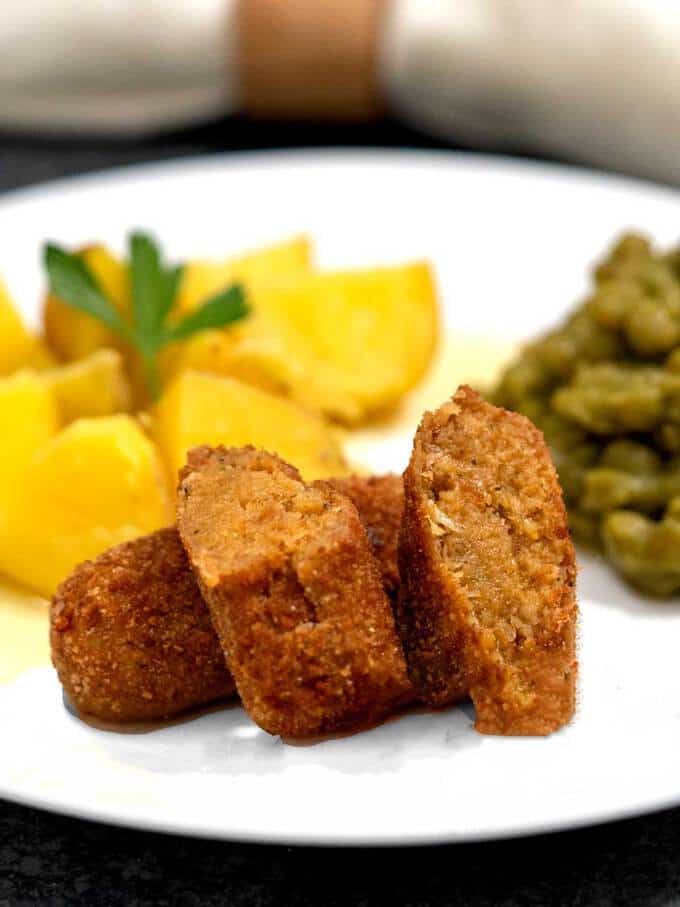 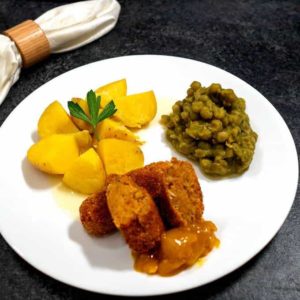 Glamorgan sausages are a traditional Welsh vegetarian sausage made primarily with bread crumbs, leeks and cheese. The only thing that is sausage-like is the shape. The mixture is bound together with egg, coated in bread crumbs and fried to a golden perfection. Leftovers, if any are just as good reheated!
5 from 2 votes
Print Pin Rate
Course: Main Course
Cuisine: British, Welsh
Prep Time: 15 minutes
Cook Time: 15 minutes
Servings: 10 sausages
Calories: 250kcal
Author: Chula King