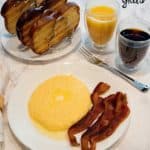 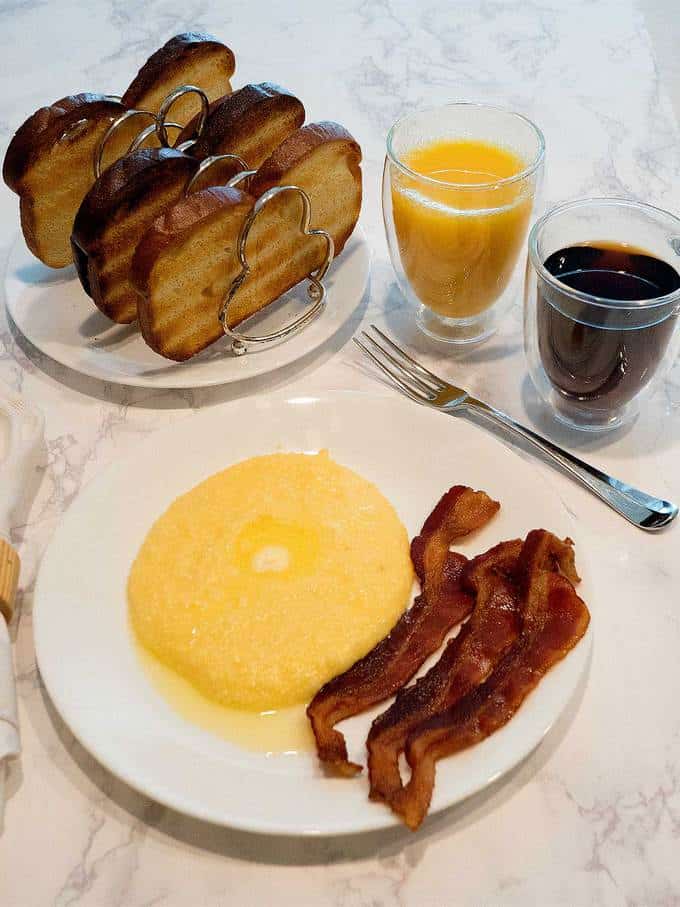 I could never figure out why so many people were negative about grits until I had some at a restaurant. They were absolutely horrible – tasteless and undercooked!

Through the years, I’ve tried variations on my mother’s basic recipe. However, I keep coming back to the simple and “Oh So Good” grits from my childhood! In fact, it’s our standard breakfast for all of the major holidays throughout the year, including Mother’s Day. Unfortunately, the Master Taste Tester doesn’t find grits to be among his preferred foods. He calls it “wall paper paste!” Too bad for him!

I used the following simple ingredients for the cheese grits: Quick grits (no instant grits here), water, salt, and Velveeta. It’s actually the Velveeta that makes this grits special. I’ve tried other cheeses, and consistently find that their flavor doesn’t work, at least for me. One exception, however is smoked Gouda cheese. It holds a close second to Velveeta! 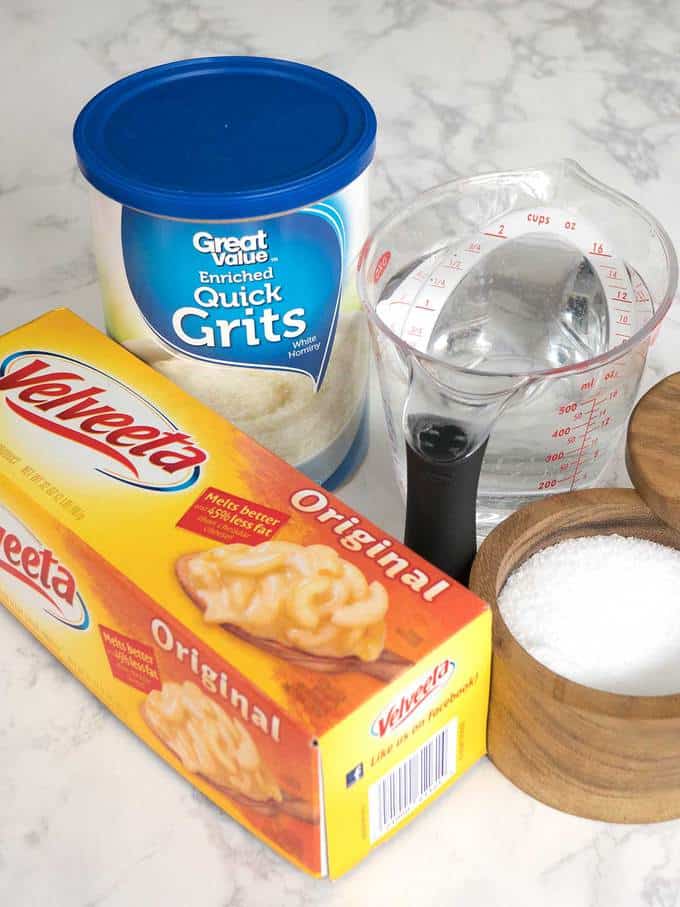 Using the Microwave for Making the Grits:

You might be wondering why I use a microwave to make the cheese grits. One reason is that I don’t have to watch the grits to ensure that it isn’t burning. Secondly, the microwave produces perfect grits every time!

Through the years, I’ve learned several things that are necessary for producing the perfect grits in the microwave. First, the microwave safe bowl needs to have a lid and be on the tallish side to ensure that you don’t end up with a sticky mess in your microwave. I use a 2.5 quart round bowl that’s about 8-½ inches in diameter and 3-½ inches tall.

Second, I don’t add all of the water at the beginning. The reason is that until the grits thickens somewhat, too much water creates a mess when they boil over. Third, I cover the bowl with a piece of paper towel before putting on the lid. This helps to control the condensation and minimize the mess. Fourth, I cook the grits for twice the amount of time as is called for on the package to ensure their creamy consistency. Finally, the proportion of grits to water is totally different when using the microwave. 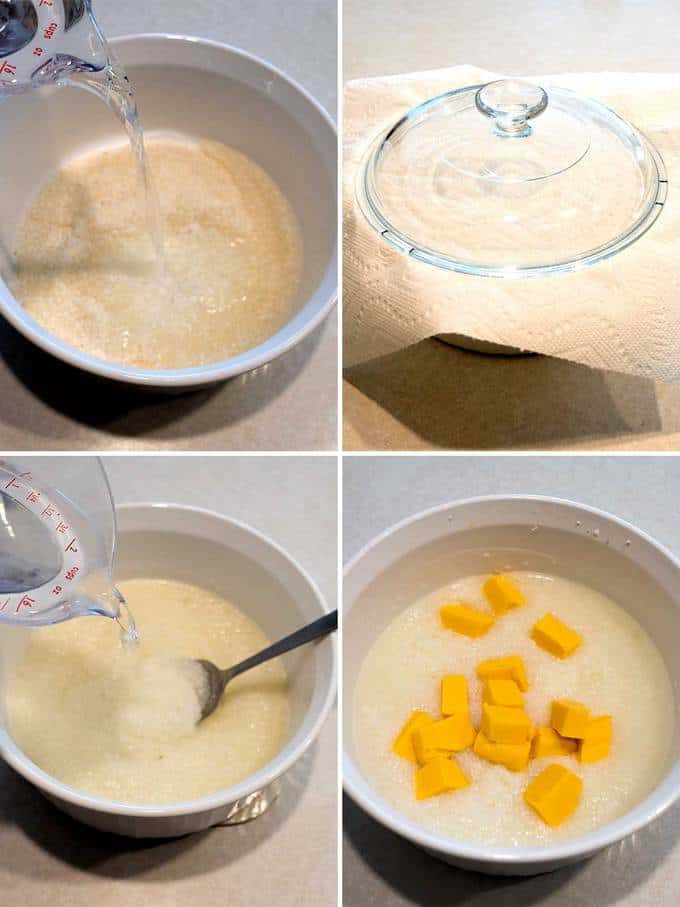 After giving the cheese grits another stir, I covered the bowl just with the lid. Then, I microwaved the grits for the final 5 minutes. The grits were creamy and perfectly cooked! 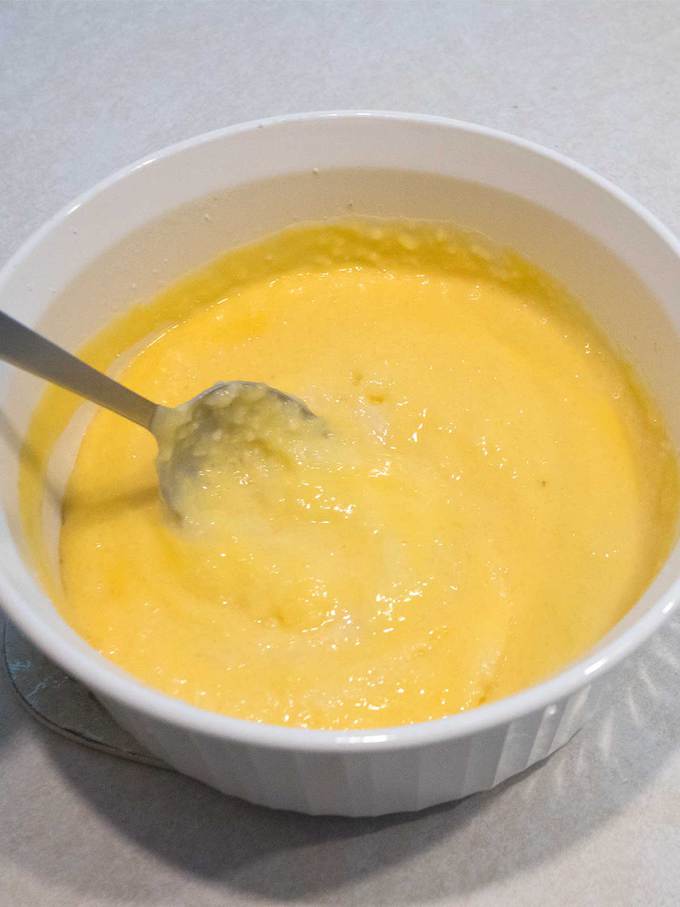 The tradition in our house is to serve the grits with bacon crumbled on the top and toast. 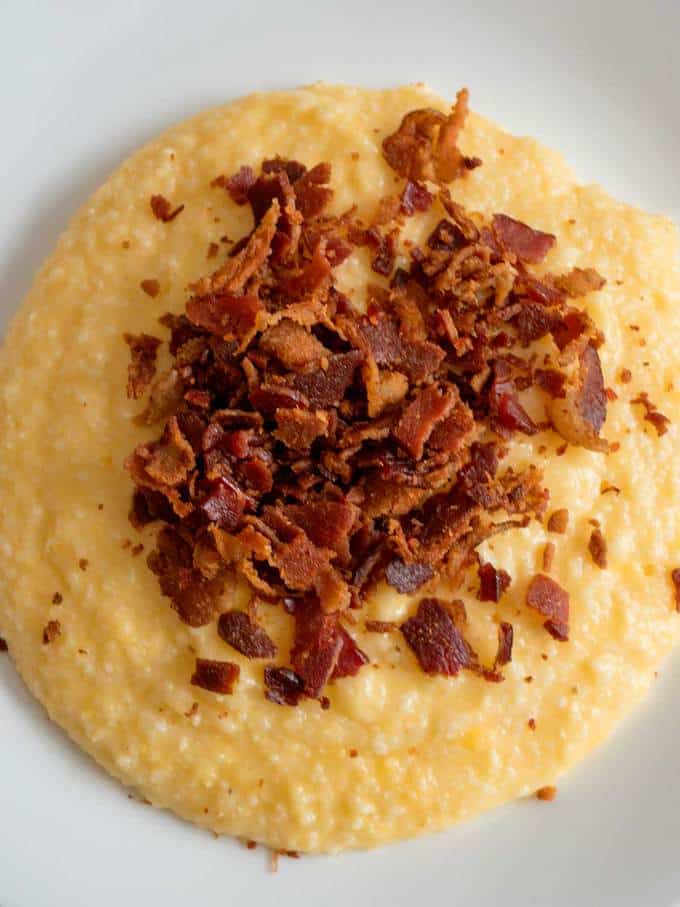 Susan mixes the bacon and the grits together, and piles it on to her buttered piece of toast. I like mine with the toast on the side. Either way, My Mother’s Southern Cheese Grits is an awesome tradition that is here to stay. Yum! 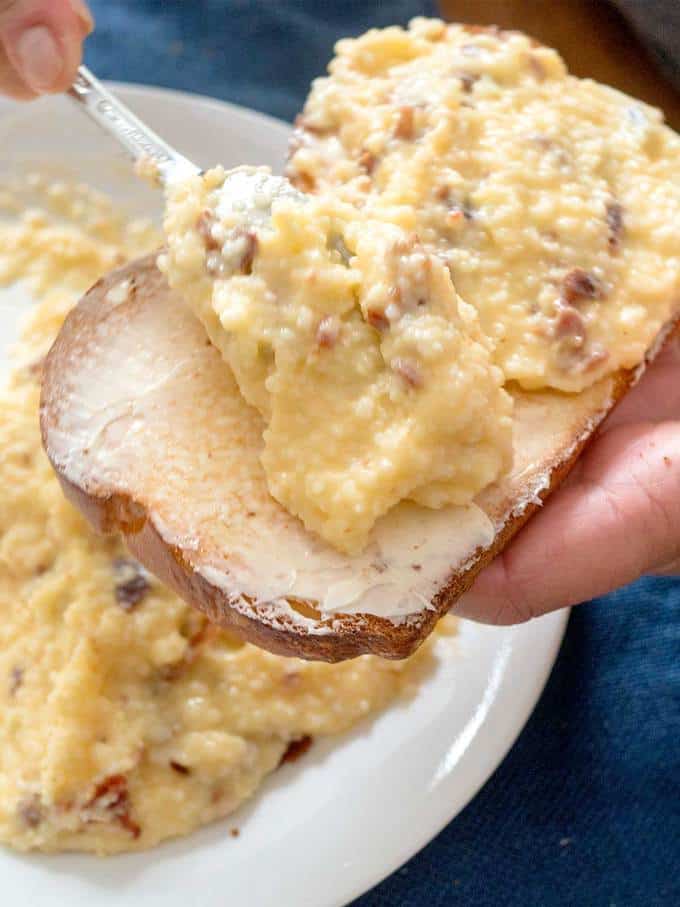 My Mother’s Southern Cheese Grits with a Modern Twist

My Mother's Southern Cheese Grits was a staple breakfast for my brothers and sisters and me when we were growing up. I can still see the pot of cheese grits bubbling away on my mother's stove! More years later than I care to remember, I'm still making My Mother's Southern Cheese Grits. Now, however, I cook it in the microwave for a modern twist!
5 from 3 votes
Print Pin Rate
Course: Breakfast, Brunch
Cuisine: American, Southern
Prep Time: 5 minutes
Cook Time: 18 minutes
Total Time: 23 minutes
Servings: 4 servings
Calories: 132kcal
Author: Chula King

*Do not use Instant grits. Note: for 2 servings, use ¼ cup Quick grits, a pinch of salt, and 2 cups of water.