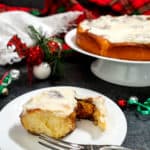 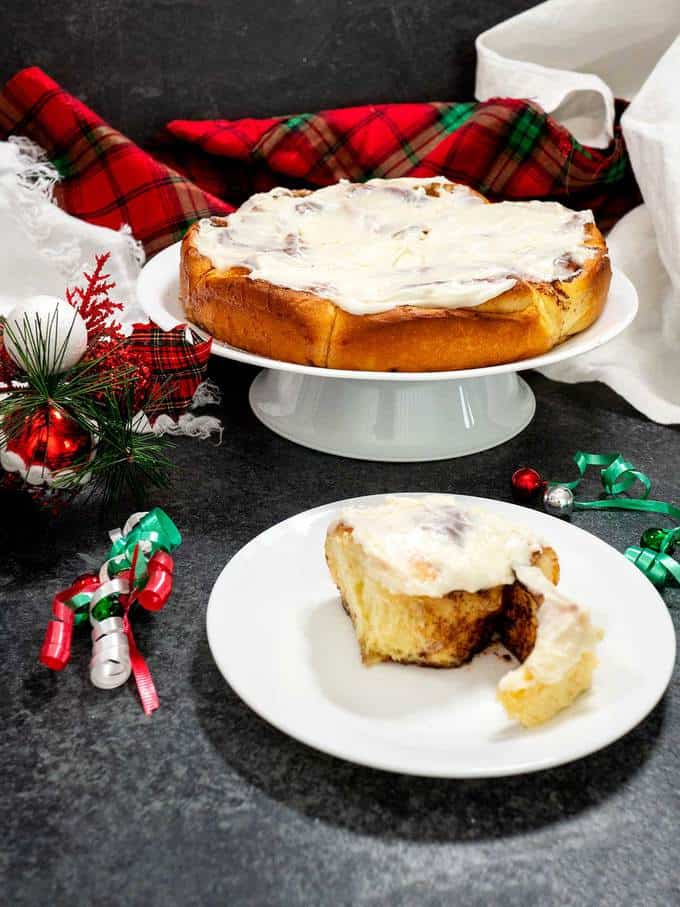 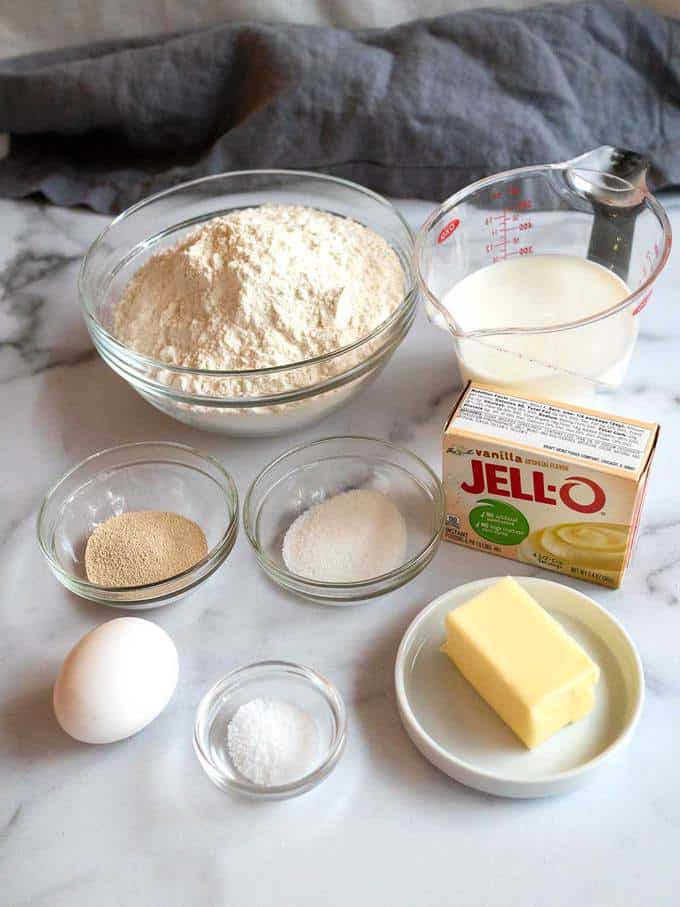 As is generally the case with me, I let my bread machine do most of the work when making a yeasted dough. It’s not that I’m lazy – well maybe a little lazy! However, really don’t like to actually knead the dough!

Anyway, I started by adding the dough ingredients to the pan of my bread machine, ending with the yeast. I placed the pan in the bread machine, pressed the dough cycle and walked away. After a little under two hours, the dough was perfectly kneaded and ready for the next step.

I turned the dough onto a floured surface and rolled it into an 18 x 12-inch rectangle. The dough was a dream to work with. It offered very little resistance to the rolling.

Once I had rolled the dough, I spread some unsalted butter on it. Then I sprinkled on the brown sugar and cinnamon. 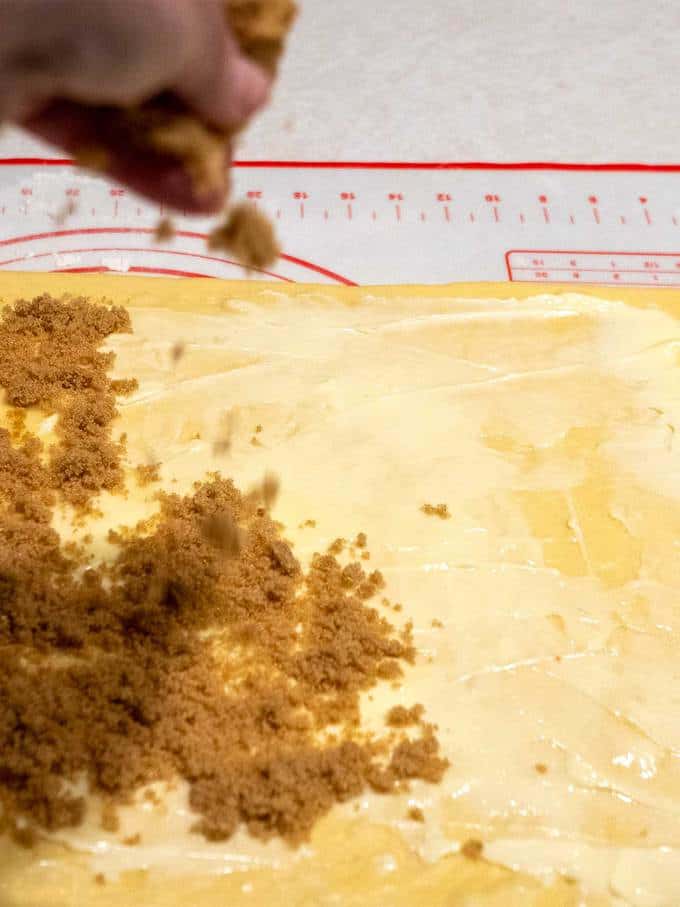 Starting at one of the long ends, I tightly rolled the dough to form an 18-inch log. Before finishing the rolling, I brushed the other long end with some water and pinched the log shut. I cut off an inch on either end, and cut the rest of the log into 16 1-inch rolls with a bread knife. 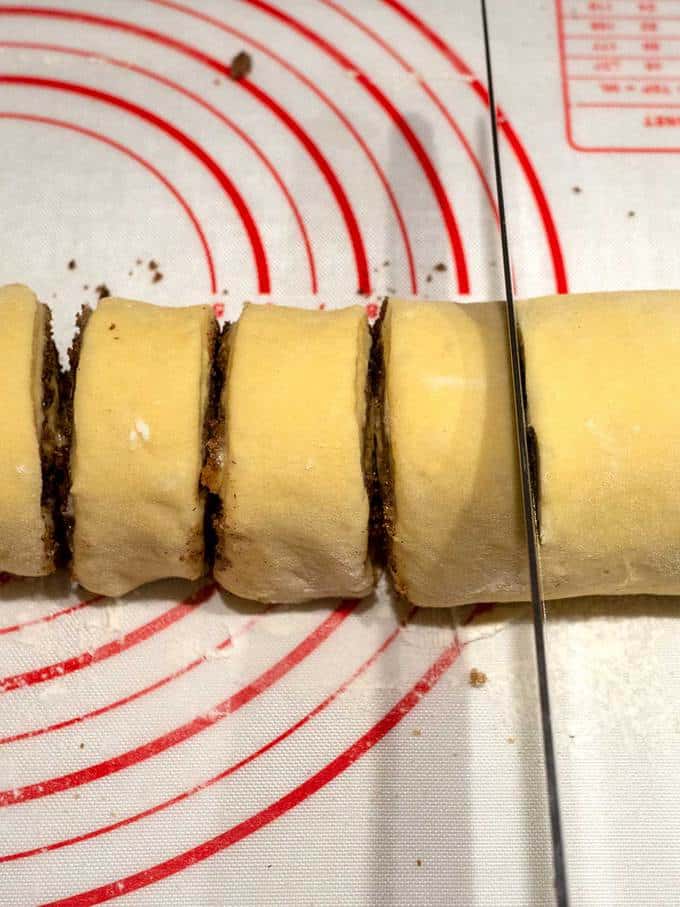 I divided the rolls between two 9-inch round cake pans. I covered both pans and placed one in the refrigerator and the other in the freezer for a later date. 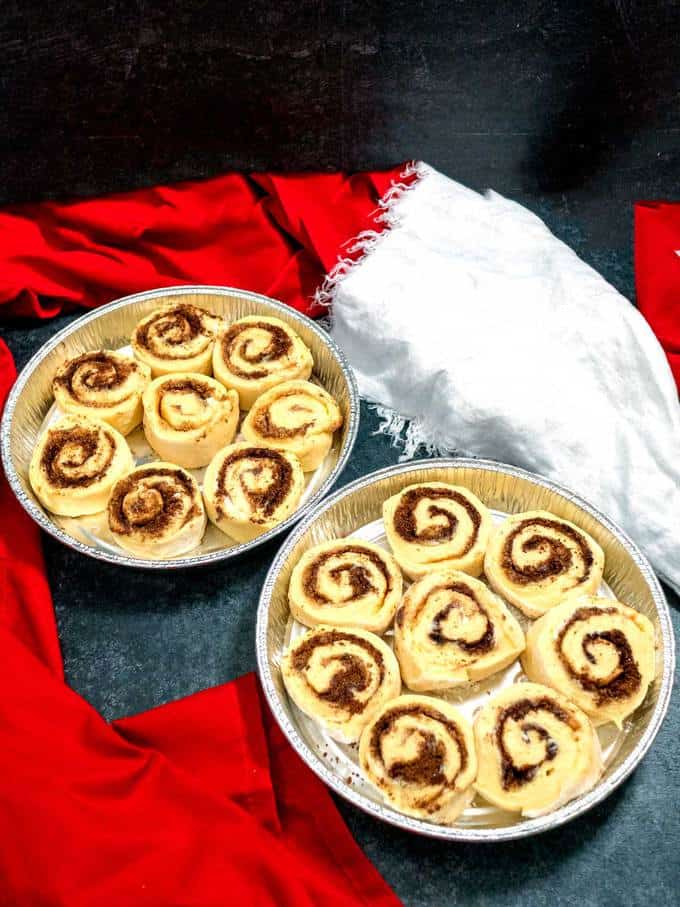 The next morning, I removed the pan of rolls from the refrigerator and set it on the counter for the remaining rise. This took about 1 ½ hours. 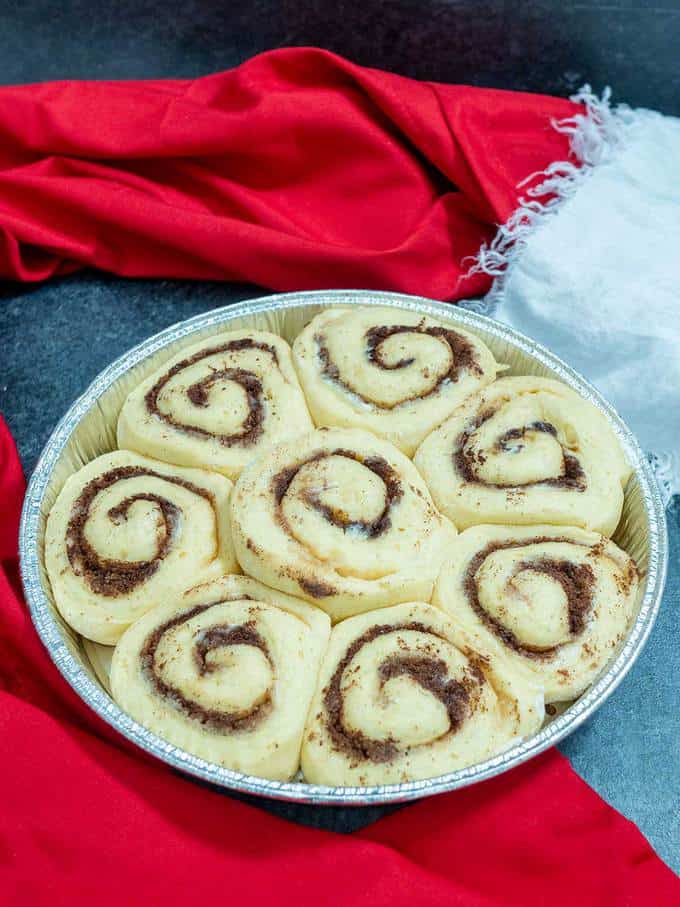 I popped the cinnamon rolls into a preheated 350°F oven for about 25 minutes. The smell in the house was amazing!

While the rolls were baking, I made the cream cheese frosting. I started by beating together the room temperature cream cheese and butter. Then I beat in the vanilla extract. Next, I added the confectioners’ sugar and beat everything together until the frosting was nice and creamy. I thought that it was a bit too thick, so I beat in several teaspoons of milk to produce the perfect consistency.

After 25 minutes, the rolls were nicely browned and perfectly cooked. I removed them from the oven and let them rest for about 10 minutes before removing them from the pan onto a wire rack and spreading on the frosting. 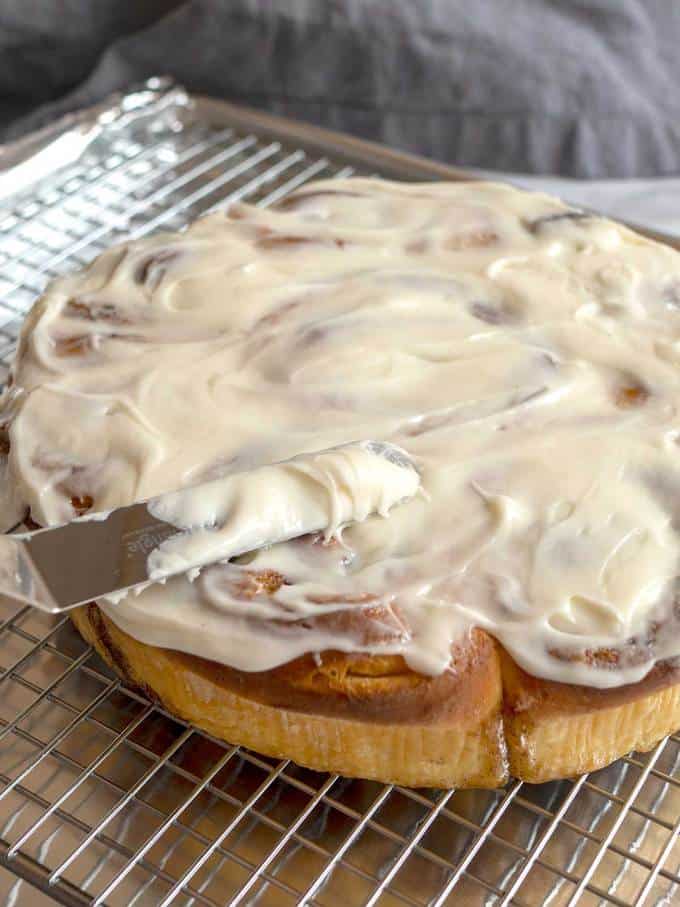 Oh my – the Overnight Cinnamon Roll were amazing. They were tender and fluffy with each bite oozing of sugared cinnamon and cream cheese frosting. Just imagine the smile on your family’s faces when you serve these awesome cinnamon rolls after opening presents on Christmas Day. Yum! 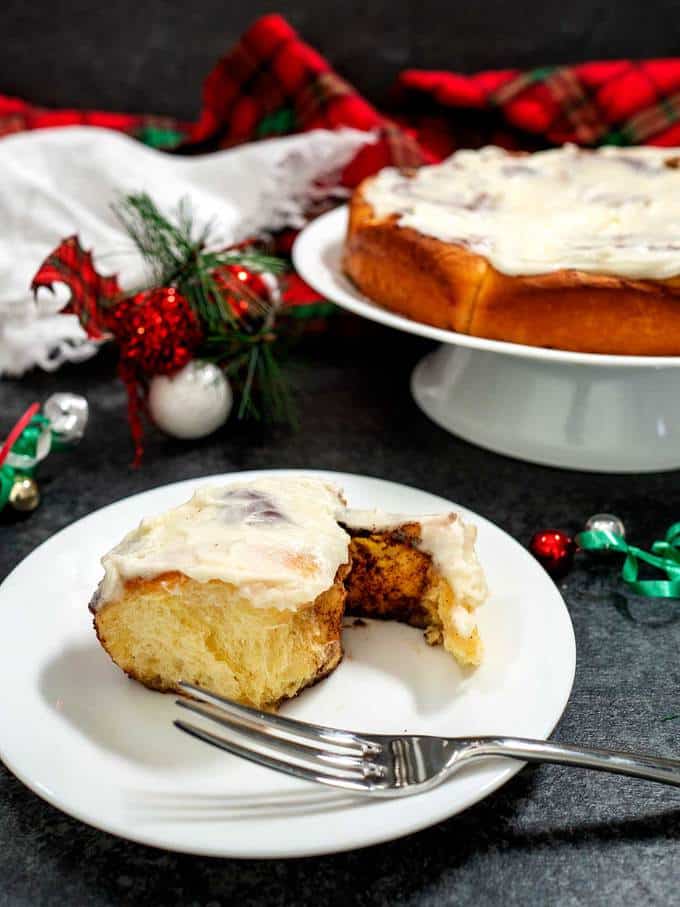 If you’re not sure about a sweet make ahead holiday breakfast or brunch, you should check out some of my delicious savory recipes: 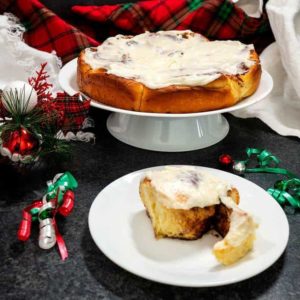