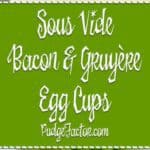 Sous Vide Bacon and Gruyère Egg Cups are amazingly delicious, easy to make, and quite versatile. With their velvety texture, these egg cups are perfect for an elegant breakfast, light brunch, or a take-along breakfast. In addition, they can be refrigerated and reheated with no loss of flavor. 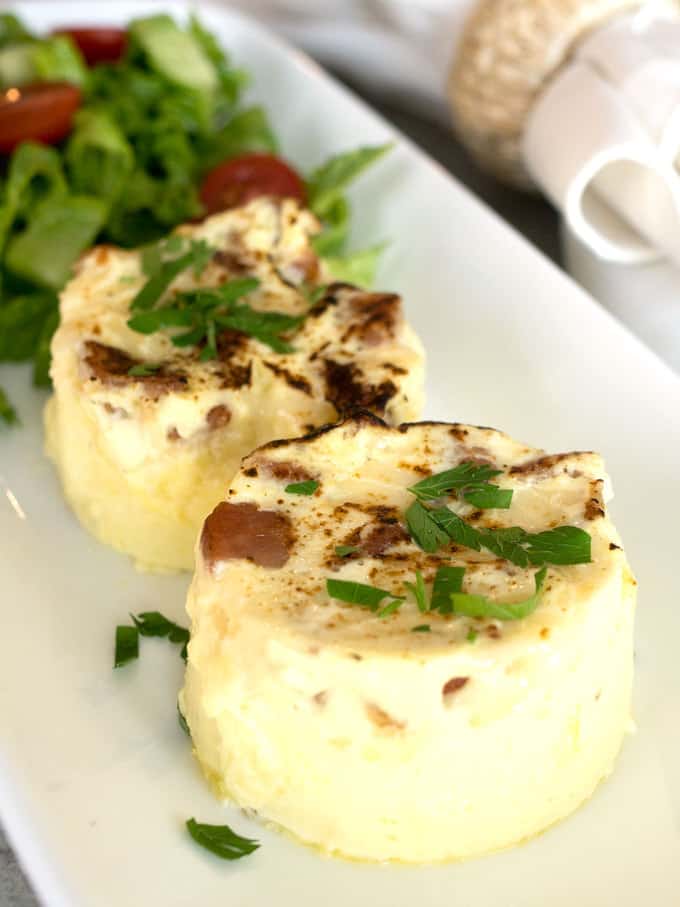 I used the following ingredients: Eggs, cream, bacon, Gruyère cheese, salt, and freshly ground black pepper. You could also use half and half, or whole milk in place of the cream. Also, you could substitute cooked sausage, sautéed mushrooms and onions, broccoli, spinach, and a whole host of other ingredients for the bacon and Gruyère. Finally, you could use Swiss cheese in place of the Gruyère cheese. 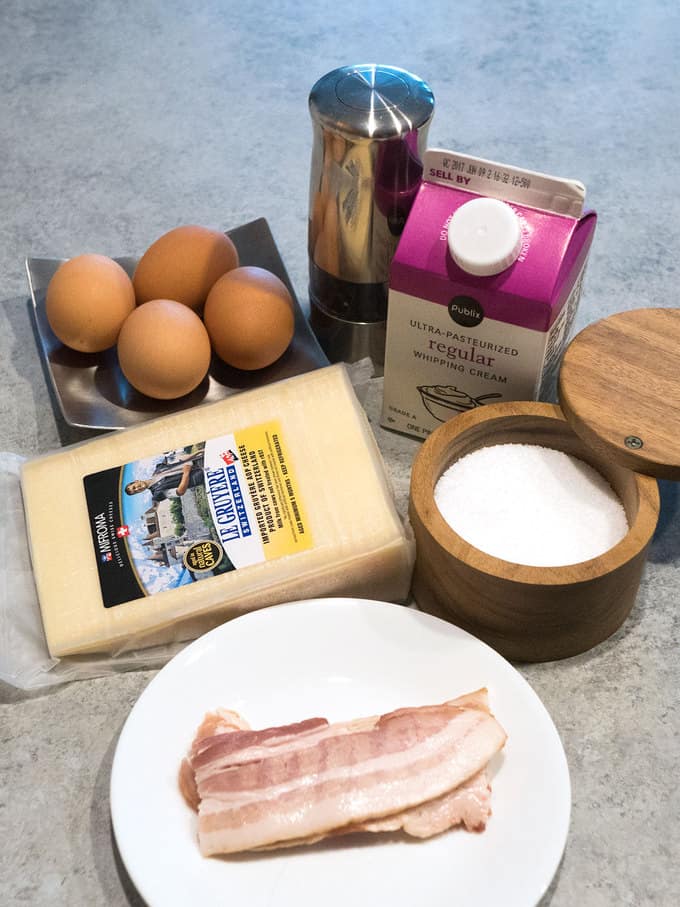 The Master Taste Tester does not like the “smoked” taste of bacon. The reason is that he feels certain that the taste is like smoke out of a bottle, which has a bitter flavor. Therefore to minimize that taste, I first boiled the bacon for about 5 minutes. Then, I dried the bacon well with paper towels, and cooked it until it was nice and crispy. I drained it on paper towels, crumbled it, and divided it among six 4-ounce mason jars that I had greased well with unsalted butter. Next, I added about a tablespoon of shredded Gruyère to each of the mason jars.

To ensure a creamy texture for the egg cups, I mixed the eggs, cream, salt and pepper in a blender on the lowest speed for about 5 seconds. After I spooned off the froth that developed, I divided the custard mixture among the six mason jars. I added the two-piece lids, and only finger tightened them. I didn’t want the lids too tight because otherwise, the air pressure wouldn’t be able to escape and jars could shatter.

In the meantime, I set the sous vide water bath to 172° F. When it reached temperature, I added the jars, and cooked the egg cups for 1 hour. 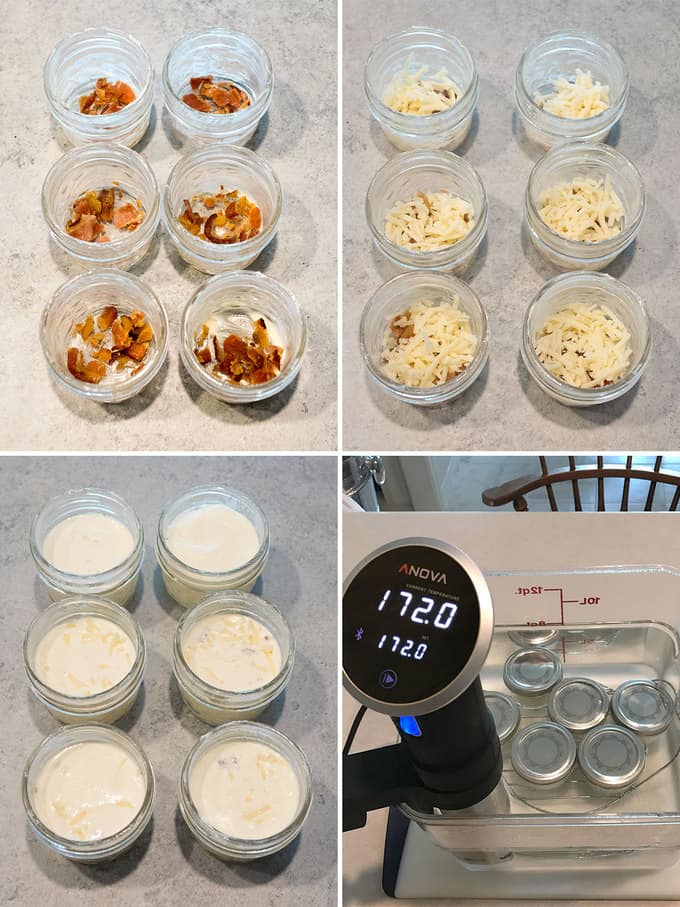 After an hour, I removed the jars from the water bath. I removed the lids from three of the jars – and put the other three in the refrigerator for a later date. I carefully ran a knife around the egg cup, and it slid right out onto a plate! Finally, I used my handy-dandy cooking torch to add a bit of color on the top. 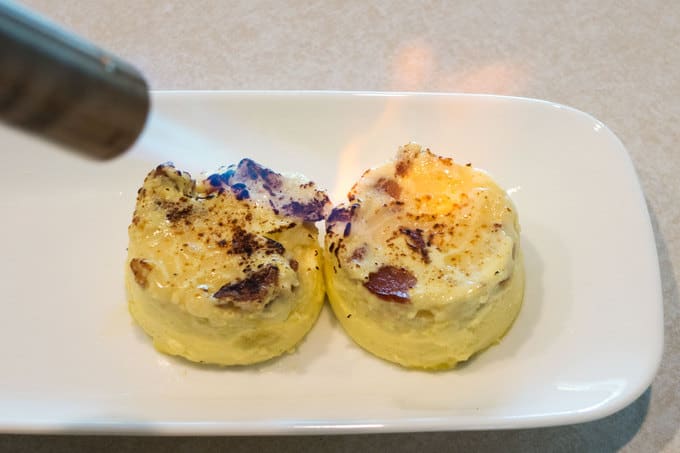 The egg cups were velvety smooth and absolutely delicious. Their texture reminded me of the finest French omelet that we had in Paris. Next time, I think that I’ll try adding either cooked sausage, or mushrooms and onions. Yum!

If you liked the recipe for the Sous Vide Bacon and Gruyère Egg Cups, please consider rating it and leaving a comment. Also, if you’d like to receive notifications of new posts by email, ever your email address in the Subscribe box. Thank you so much for visiting Pudge Factor. I hope you’ll come back! 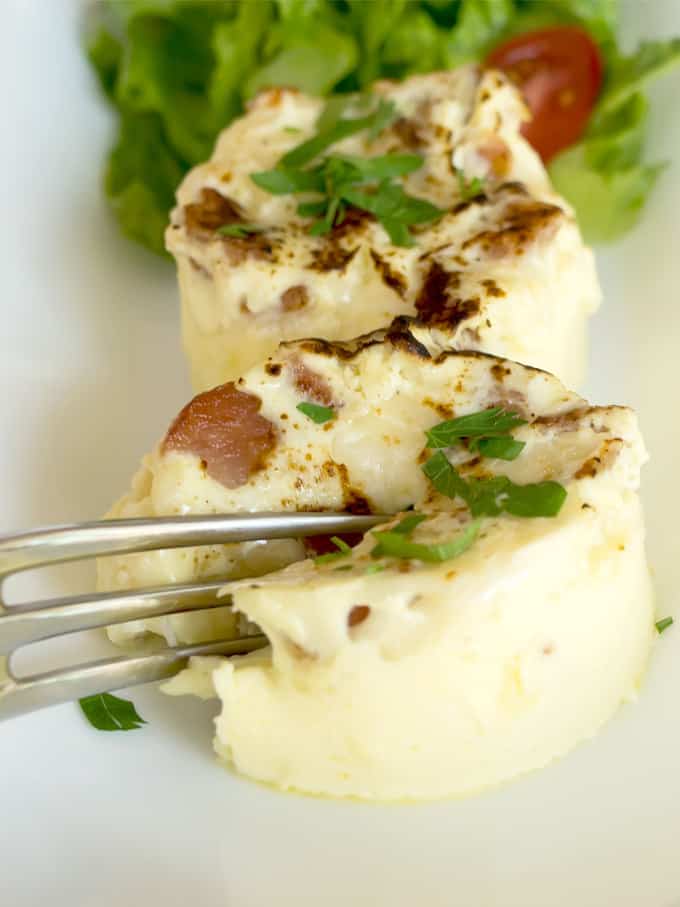 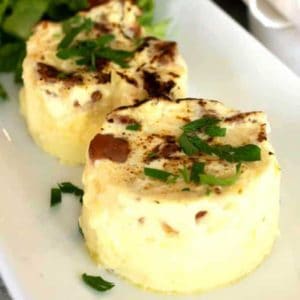 *Note: For a less rich egg cup, substitute half and half or whole milk for the cream. Instructions