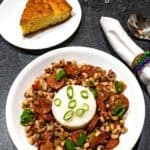 What would the new year be without Black Eyed Peas? It’s a traditional dish served in the South on New Year’s Day, consisting of a savory black-eyed pea mixture served over rice. To jazz it up, I added Andouille Sausage and Louisiana Skillet Cornbread for a true southern dish. I really wanted to add collard greens as well. However, for reasons that I don’t need to go into, the local farmer’s market was all out of collard greens! 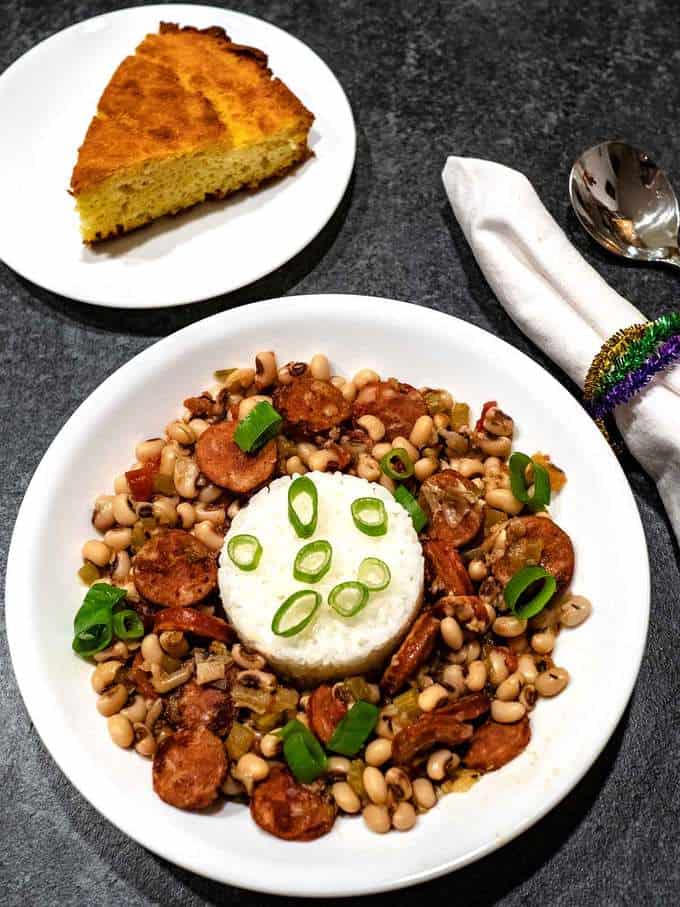 I used the following ingredients for this southern delicacy: Dried black-eyed peas that had been soaked overnight, Andouille Sausage, the holy trinity of onions, celery, bell pepper, and garlic, a can of Rotel Tomatoes and Chilies, dried thyme, Cajun seasoning, Kosher salt, freshly ground pepper, and chicken broth. 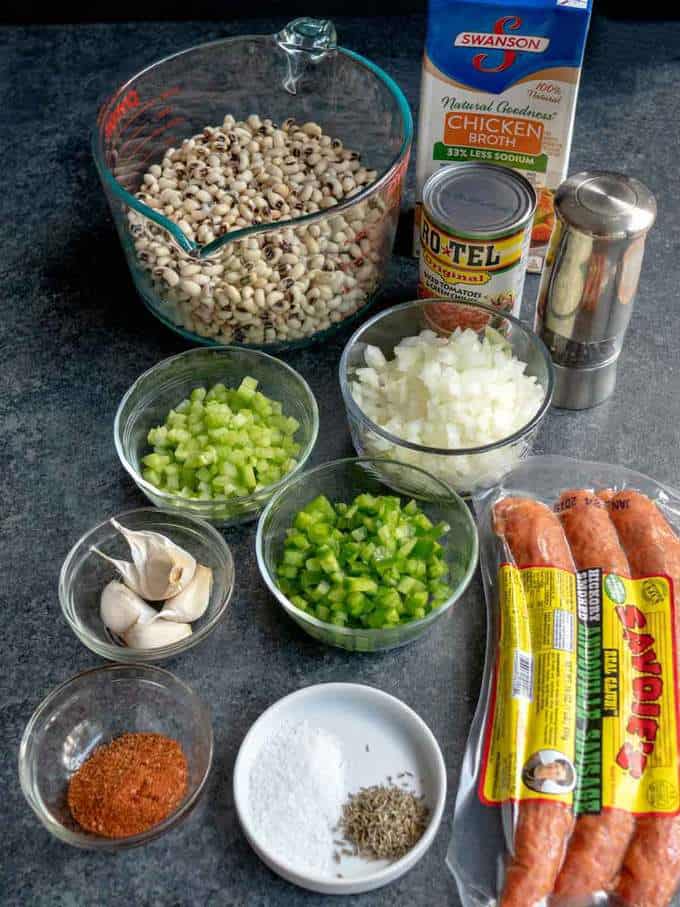 I started by browning the Andouille Sausage that I had cut into ¼-inch pieces in a large Dutch oven over medium heat. That took about 10 minutes. Then, I added the onion, celery, bell pepper, and Cajun seasoning to the Dutch oven. I let the vegetables cook for about five minutes. This not only allowed the vegetables to soften a bit, but also aided in loosening the bits from the bottom of the pan.

Next, I added the minced garlic. I let the mixture continue to cook over medium heat for about 30 seconds until the garlic became fragrant. After that, I added the can of Rotel Tomatoes and Chilies, followed by the black-eyed peas. Then, I poured in the chicken broth and stirred the mixture to ensure that everything was well combined. Finally, I added the thyme, salt, and pepper. 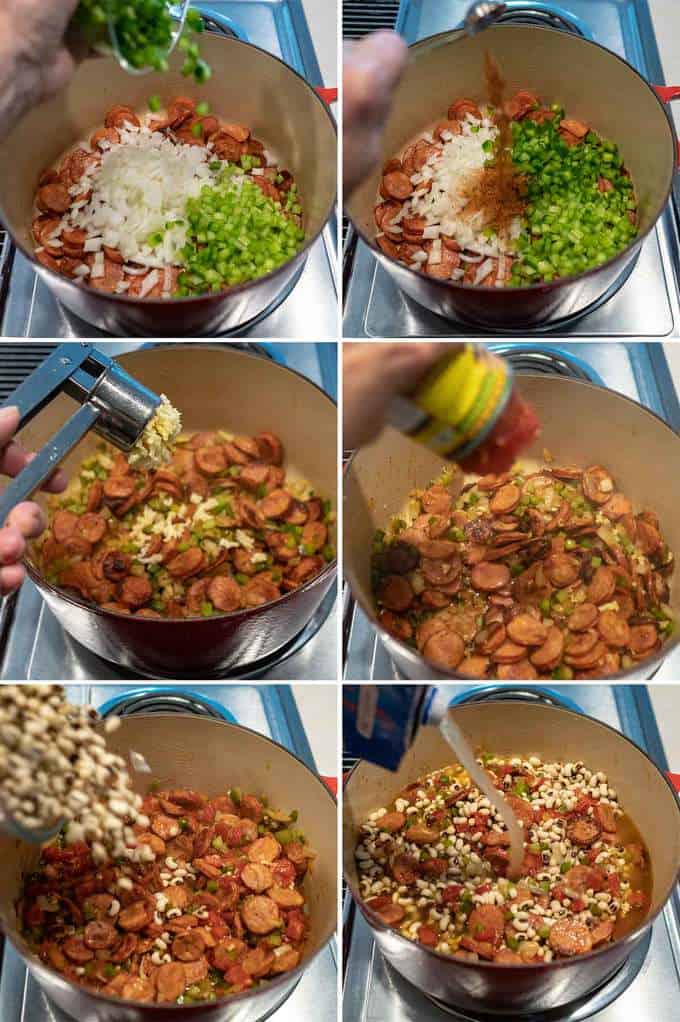 I covered the Dutch oven and simmered the mixture over low heat for a little over an hour. I wanted the peas to be tender and creamy. 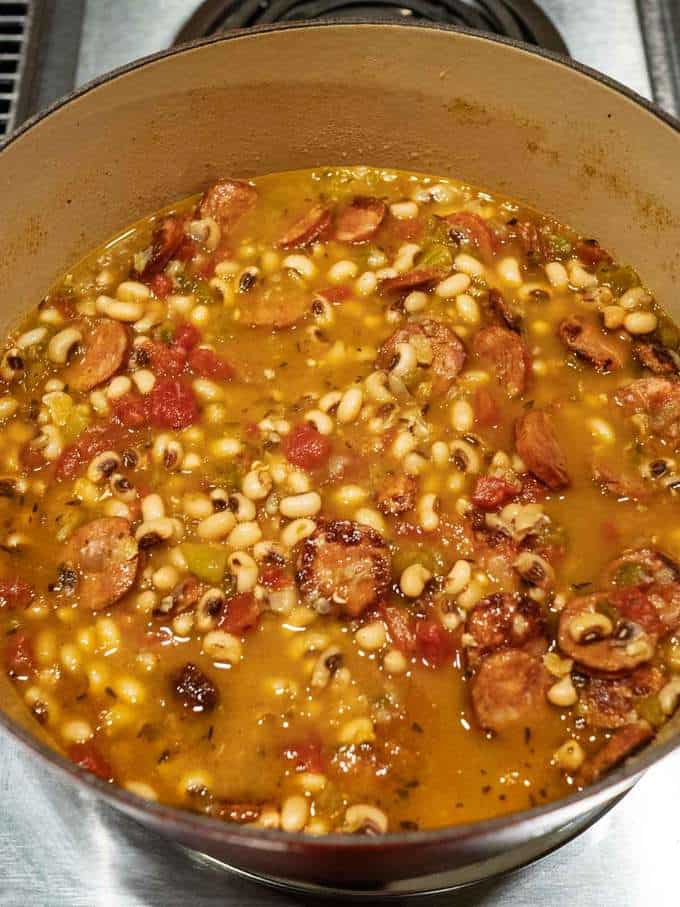 As I previously indicated, I didn’t have any fresh collards to serve with this dish. However, I did have the Louisiana Skillet Cornbread. I served the Southern Black Eyed Peas with the cornbread and steamed rice. Yum! Happy Belated New Year! 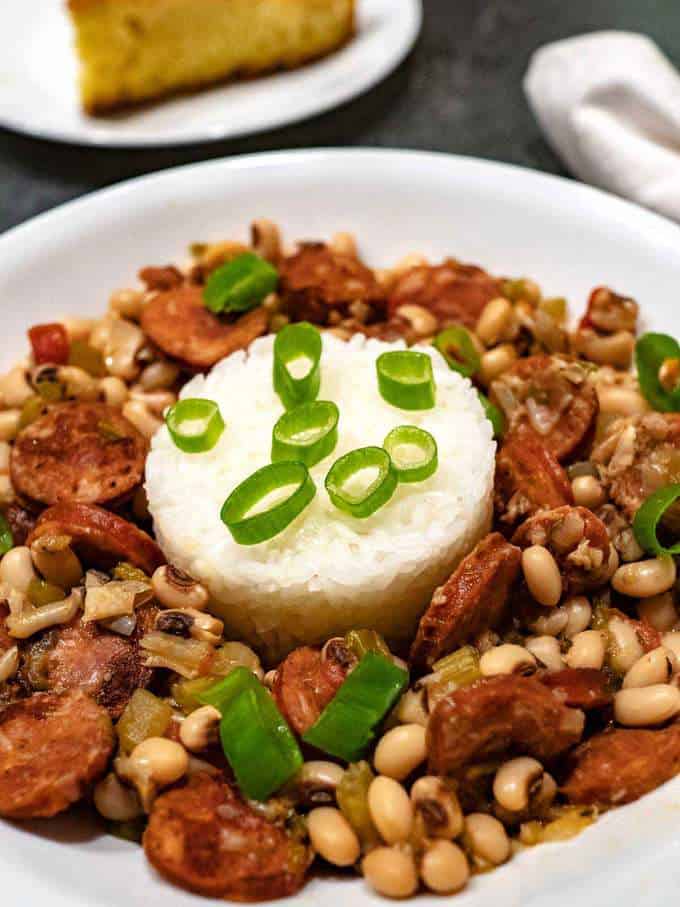 For another amazing recipe featuring Black Eyed Peas, check out my Hoppin’ John with Smoked Sausage! 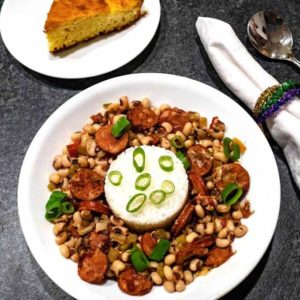