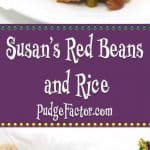 Red beans and rice is a quintessential Louisiana Creole dish made with red beans, the holy trinity of onion, celery, and bell pepper, spices, and andouille sausage. It’s both easy to make and absolutely delicious! 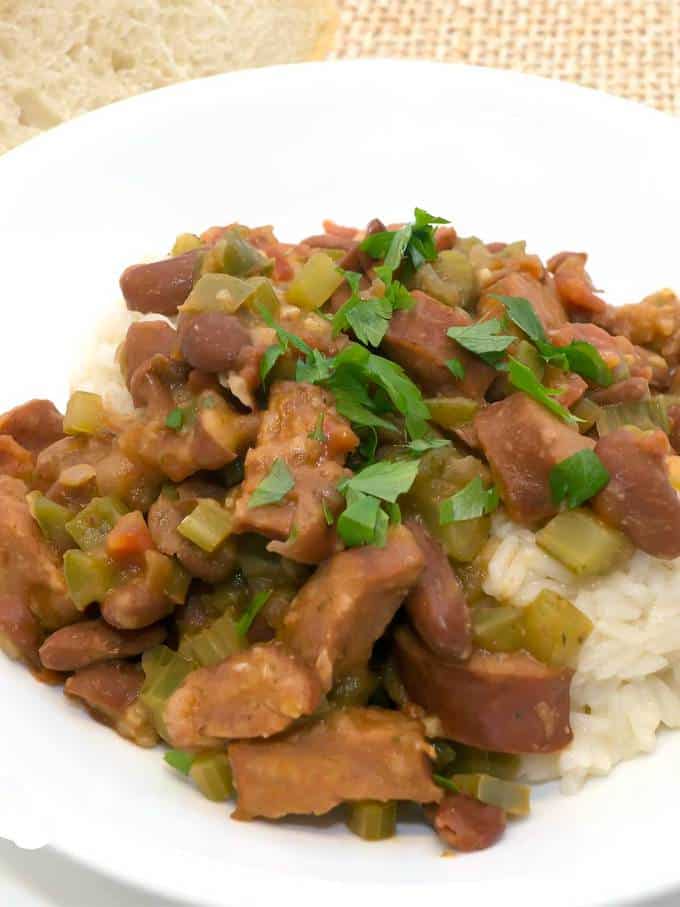 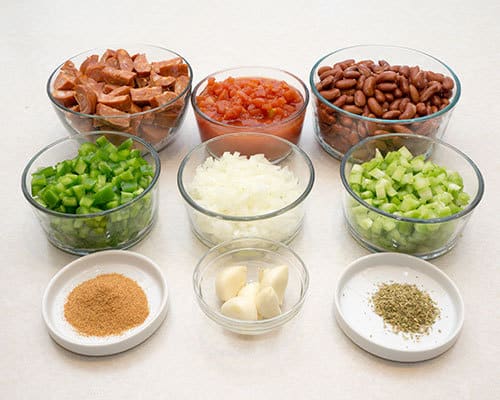 The most time consuming part of this recipe is chopping all of the vegetables.  Once Susan had her mise en place, she started cooking the Red Beans and Rice.  First, she cooked the andouille sausage in a large Dutch oven, over medium heat until the sausage was well browned.  This took about 10 minutes. 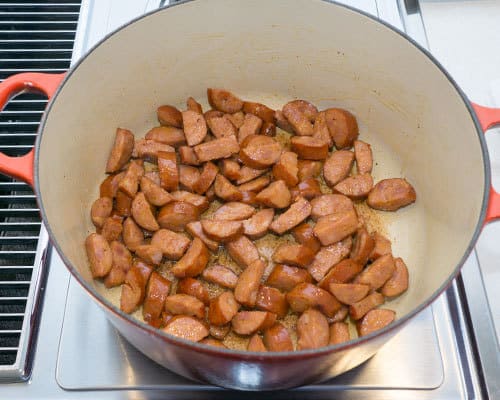 Then, she removed the cooked sausage from the Dutch oven to paper towels to drain.  In the same Dutch oven, Susan added the onions, and cooked them for about 5 minutes. The onions gave off a fair amount of liquid that allowed her to scrap up the bits from the bottom of the pan left from the sausage.  She did, however, add a Tablespoon or so of chicken broth to help in scraping up the bits. 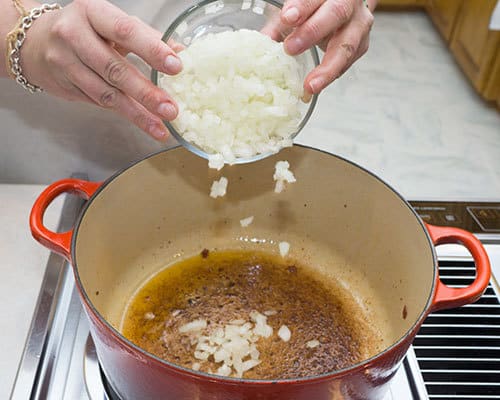 Then, she added the celery and bell pepper, stirring to combine everything. 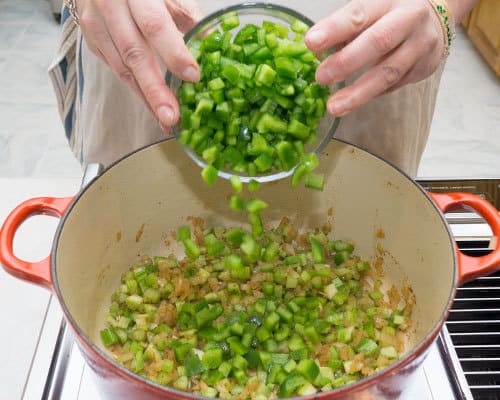 Next, she added about another tablespoon of chicken broth and cooked the vegetables covered over medium heat for about 20 minutes. During this time, she stirred about every five minutes to scrap up the bits from the bottom of the Dutch oven. 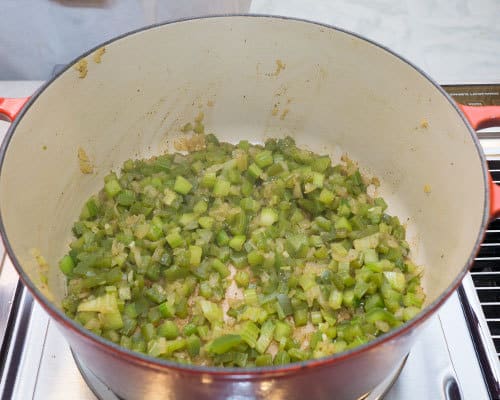 Then she added the minced garlic and cooked the mixture for another 30 seconds, until the garlic was fragrant. 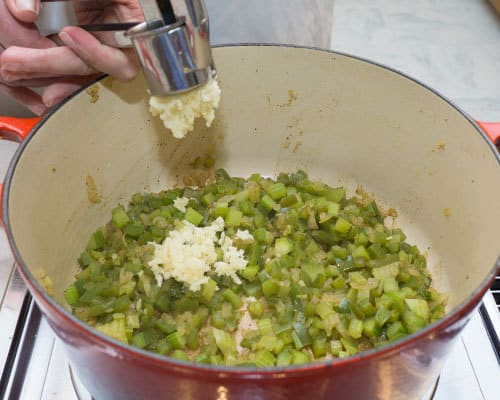 Next, she added the tomatoes, gave the mixture a stir, covered the pot and let the mixture cook for about 10 minutes. 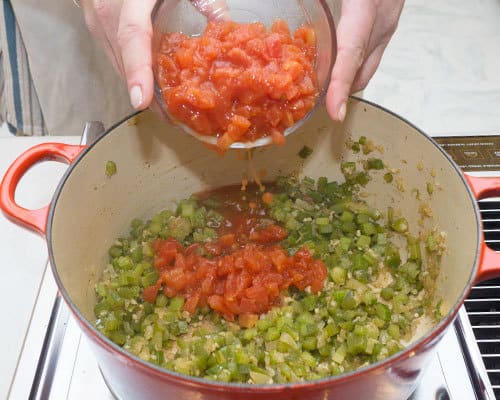 She returned the cooked sausage and the red beans to the Dutch oven. She stirred the mixture and cooked it covered for 15 minutes. 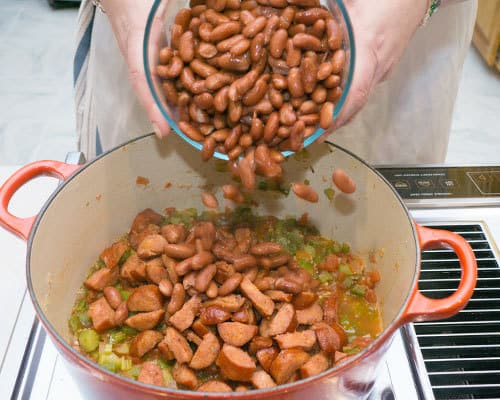 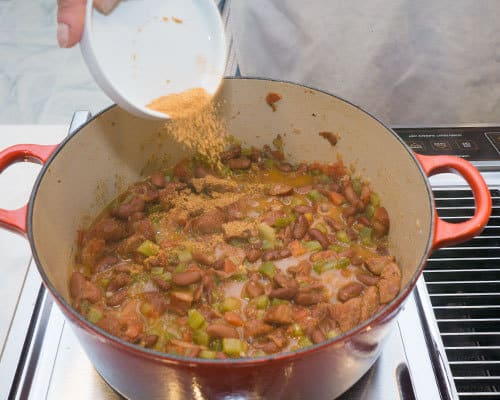 While the Red Bean mixture was cooking, Susan prepared the rice. First, she brought water, chicken broth and unsalted butter to a boil.  Then, she added the rice and gave it a quick stir. She placed a paper towel on top of the pan, covered the pan with the lid and lowered the heat to medium low.  After 25 minutes, the rice was perfectly cooked. 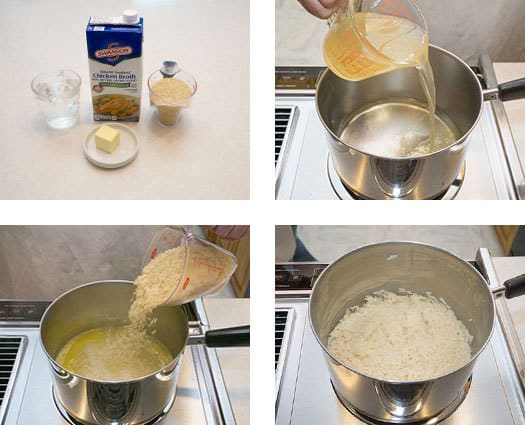 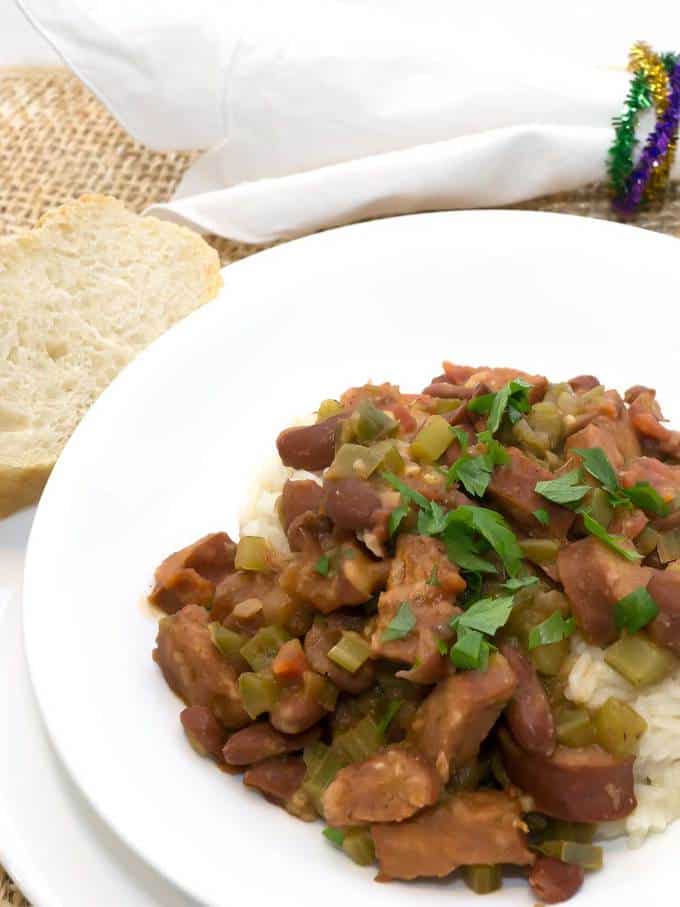 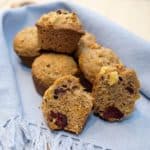 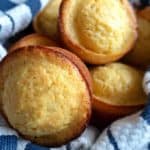 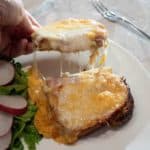 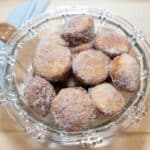