Every year, Susan and I make a King Cake for Mardi Gras. This year, Susan suggested that we make a Christmas King Cake, decorated in red and green. I thought – what a good idea, especially since we’re breaking with tradition this year and having a New Orleans themed Christmas dinner. 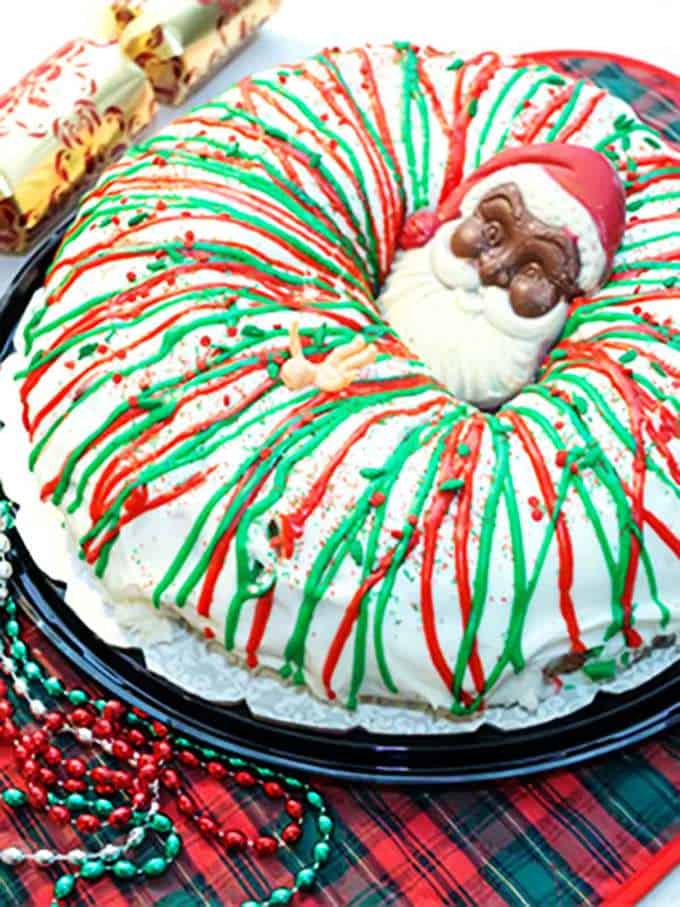 I have a recipe for King Cake that I’ve used in the past, but thought that I’d try a different one, at least as a starting point. The recipe that I settled on was King Cake in a Bread Machine from the Allrecipes site. The primary reason was  because of the number of reviewers commenting on how easy the dough was to work with. 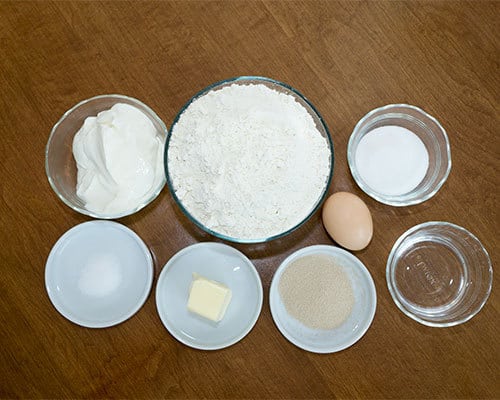 I placed the dough ingredients into the bread machine in the order listed, and started the machine on the dough cycle. After a bit, I checked the dough to see if it was at the proper consistency. It was perfect!

Once the dough cycle ended, I rolled the dough into a 28 x 10-inch rectangle on a piece of floured parchment paper.  Because the dough was somewhat elastic, I let it rest every now and then. 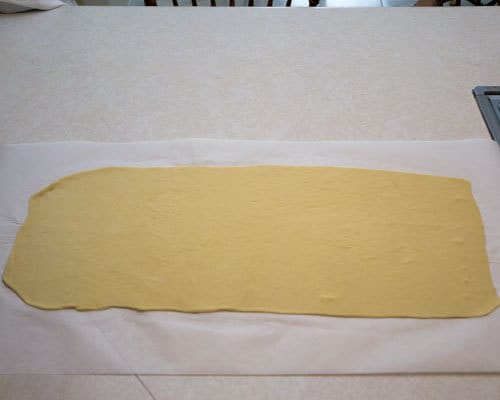 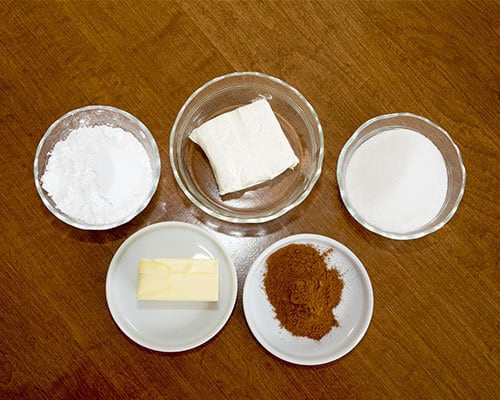 We actually made a “practice” Christmas King Cake, where we used only 4 ounces of cream cheese in the filling. For the “real” thing, we used 8 ounces. 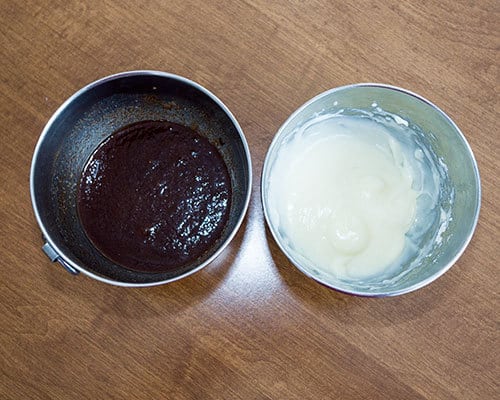 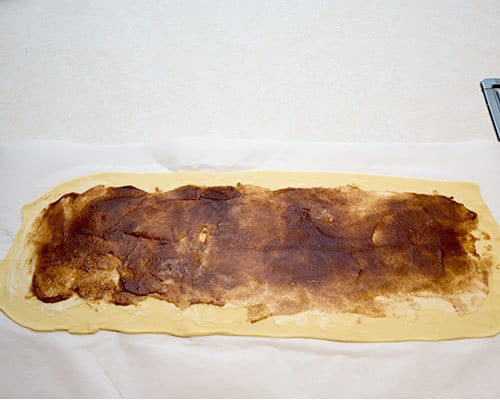 Starting at one of the long sides, Susan and I carefully began rolling the dough into a log. 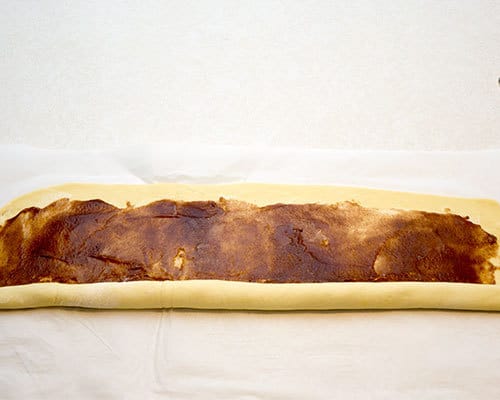 We pinched the dough to seal the log, and formed a circle after placing it onto a parchment lined baking sheet. Using a little bit of water, Susan pinched the ends together to seal the circle and was very careful to ensure an even thickness.  Then, we placed a small buttered Pyrex dish in the center to ensure that the center didn’t close up during the rise. 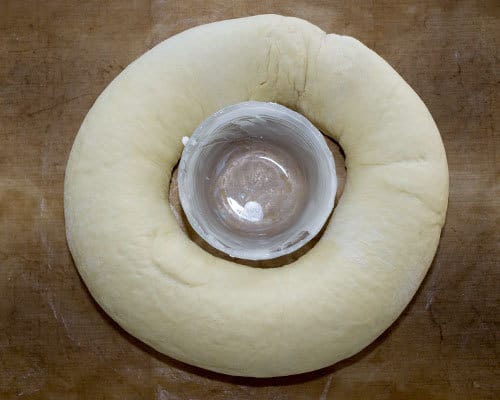 After about 45 minutes, the dough had risen nicely and was ready to be popped into a 350° F oven for 25 minutes.  During that time, I made the icing which consisted of confectioners’ sugar, butter and milk. I used it on the “practice” King Cake. For the “real” thing, I made a cream cheese icing, which is included in the recipe below. 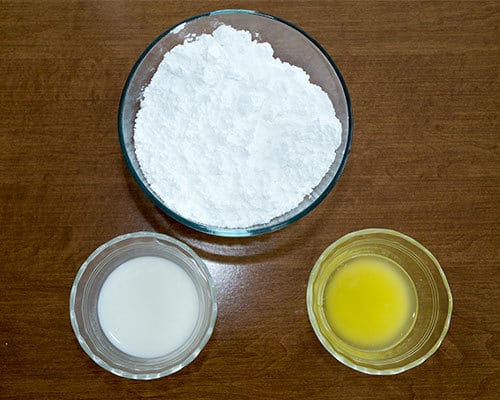 I let the cake cool for about 10 minutes, and then Susan applied her magic to icing and decorating it. She used red and green sprinkles, and red and green colored icing. We decided against putting the plastic baby in the actual cake, and instead plopped it on top for Santa to watch! Yum! 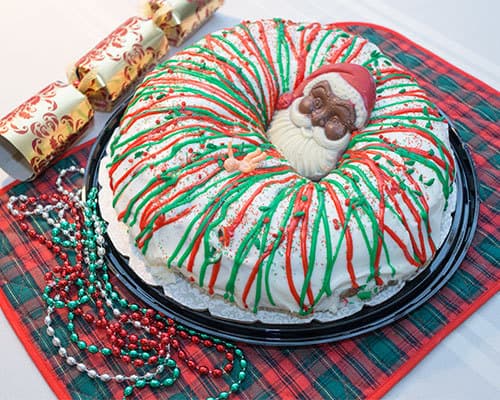 If you’re looking for another holiday dessert try my Christmas Surprise Lemon Bundt Cake or “Chris” Kringle Cakes which are a smaller version of the Christmas King Cake.

I hope you liked this recipe for Christmas King Cake as much as I do. If so, please consider rating it and leaving a comment. Also, if you’d like to receive notifications of new posts by email, enter your email address in the Subscribe box. 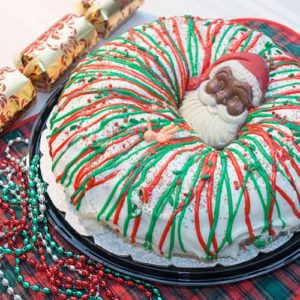