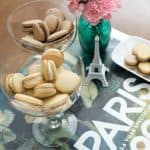 While we were in Paris, we tried the famous French macarons from Ladurée, Pierre Hermé, and even McDonalds.  Susan brought some back from Paris, which are long gone.  Since then, she has been going through macaron withdrawal symptoms, so she decided to try her hand at making them.

There are a lot of different recipes out there, and different meringue techniques that are incorporated into the macarons.  Susan decided to start with the recipe from The Baker Chick’s blog.  Part of the reason for using this recipe is that it’s based on the macaron class offered by Cook’n with Class Paris.  This happens to be the school that Susan and I attended for several different sessions, but unfortunately we did not do the macaron class.

She used the recipe from The Baker Chick’s blog as a starting point, because it’s a basic macaron recipe.She wanted to make chocolate shells and vanilla shells. So once all of the ingredients were weighed out, she divided the them in half, adding cocoa powder to one half and vanilla paste to the other half.  The ingredients included almond flour, confectioners’ sugar, egg whites, cocoa, vanilla paste, granulated sugar and water. 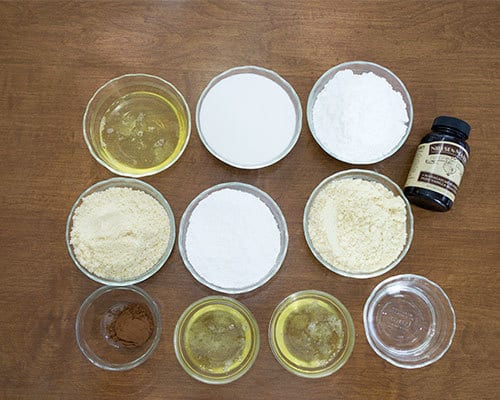 As a first step, Susan weighed everything out.  She ended up scaling the recipe because she didn’t have quite enough of the almond flour for the full recipe. 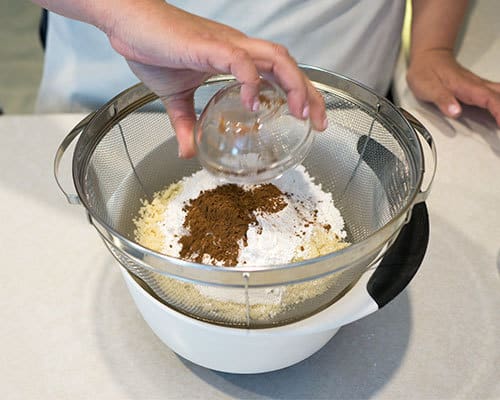 After thoroughly combining the dry ingredients for both kinds of shells, she added half of the egg whites to each mixture. 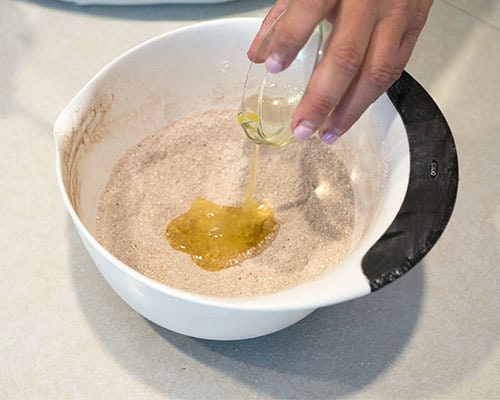 With a spatula, Susan carefully folded the egg whites into the dry ingredients to form a paste. (Below is the mixture for the chocolate shells.) 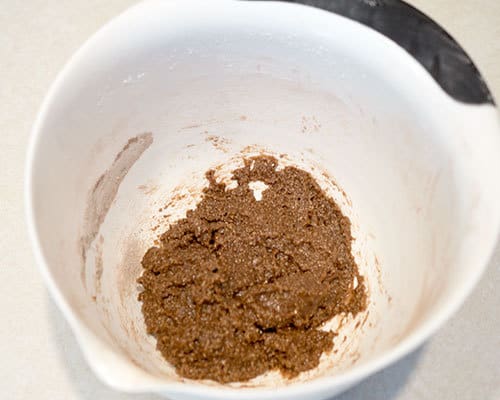 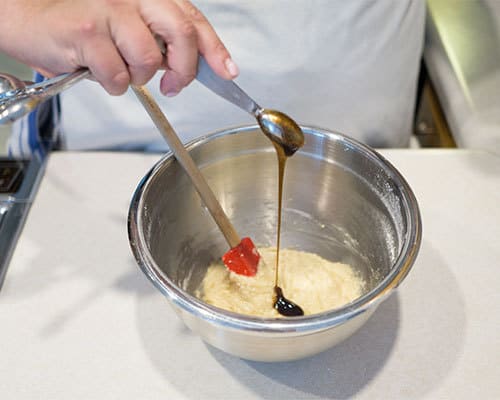 There are several different type of meringue that can be used in making macarons. Susan decided, since she had experience making it in the past, that she would make an Italian Meringue.  It consists of a simple syrup, made of granulated sugar and water incorporated into whipped egg whites.  The sugar and water were heated over medium heat to 225° F.  Then she began beating the egg whites to a soft peak stage while the syrup temperature climbed to 239° F.  Once the syrup reached the appropriate temperature, I carefully poured it into the side of the bowl while Susan continued beating the egg whites to a glossy stiff peak.  Because she was making two different types of shells, she gently folded in about a fourth to the chocolate batter, and a fourth to the vanilla batter.  She gradually added the rest of the meringue to the two batters until they were smooth and the batter almost ribboned off the spoon. 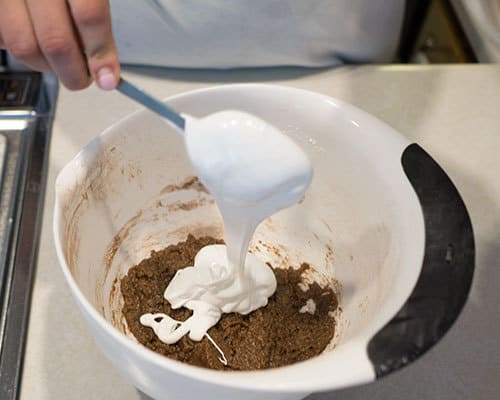 Meanwhile, I drew 2-inch circles on parchment paper to serve as a guide.  I had wanted the circles to be 1¾-inches because of the size of the macarons we had in Paris, but didn’t have anything that was quite the right size.  As it turned out, it really didn’t matter. 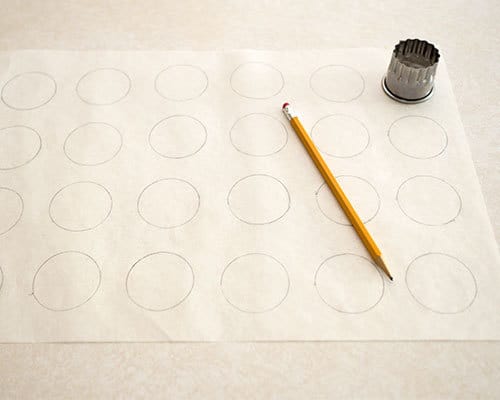 Susan added the batter to a disposable piping bag fitted with #12 round tip, and piped small rounds with the bag perpendicular to the baking sheet.  To ensure that the shells were as uniform as possible, and that they were not too large, she counted “1, 2, 3”,  as was suggested in the Baker Chick’s blog.  This worked like a charm. Counting to three also ensured that the piped shells were smaller than the circles that were drawn on the parchment.  Because of the consistency of the batter, the shells spread past their piped size.

Susan let the piped shells sit out for around 30 minutes, until a trace of a shell was formed.  This helps keep their shape while baking. 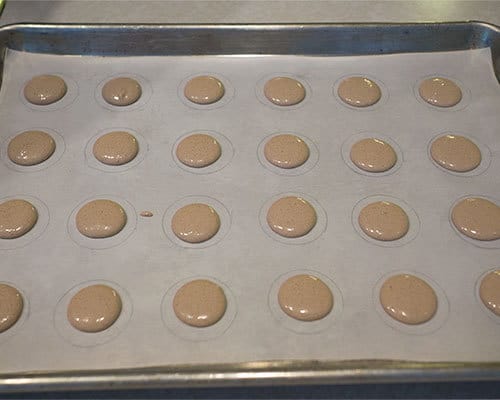 The shells went into a preheated 300°F oven for 12 minutes.  When they were removed from the oven, Susan let them cool slightly on wire racks, and then carefully transferred the shells on the parchment paper to wire racks to cool completely. 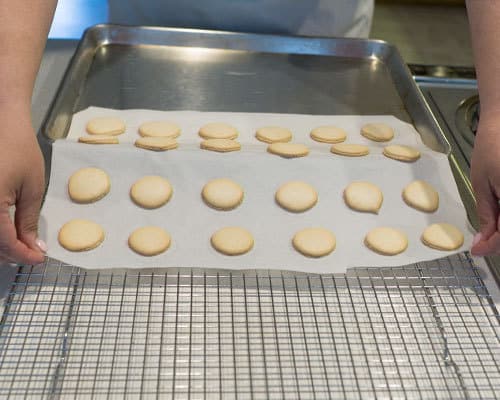 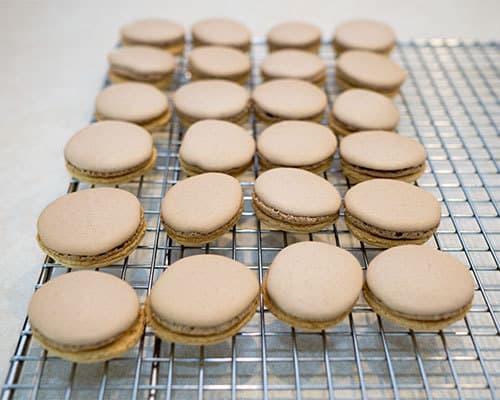 Next came the filling.  The ingredients for the chocolate ganache included bittersweet chocolate chips and whipping cream. 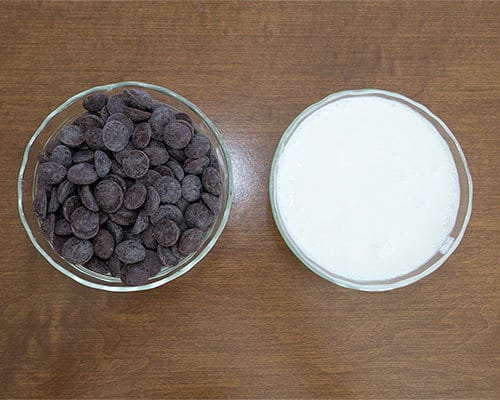 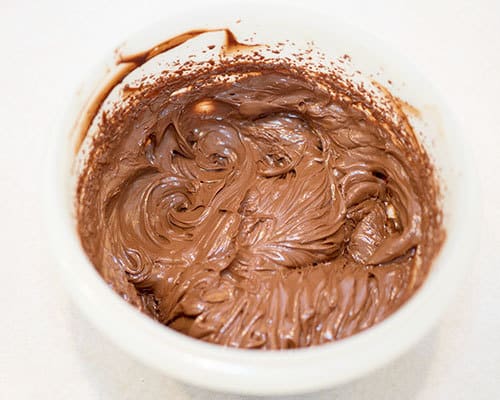 The next filling was the Nutella mousse.  The ingredients included bittersweet chocolate chips, whipping cream and Nutella. 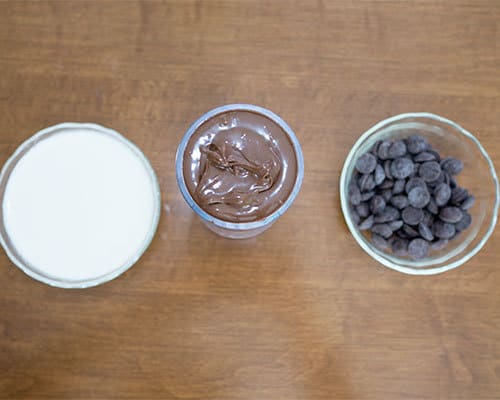 The Nutella mousse was made in the same manner as the chocolate ganache. 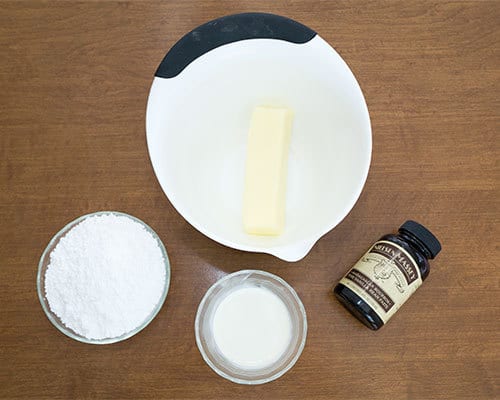 Susan made the vanilla butter cream by first beating the butter with a hand mixer until it was smooth. Then she added in the confectioners’ sugar a little bit at a time until it was all incorporated. She then added the cream a tablespoon at a time. And finally added the vanilla paste and beat until the mixture was smooth and of piping consistency. 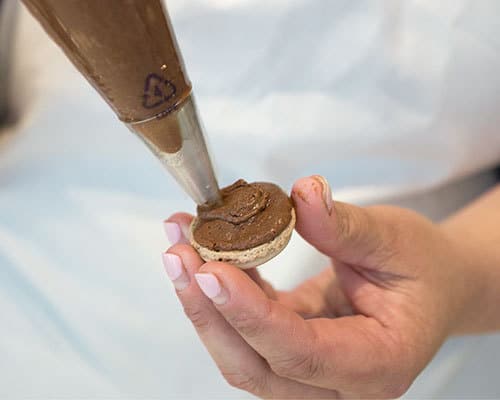 She piped the Nutella mousse on the underside of a vanilla shell, and topped it with a chocolate shell. 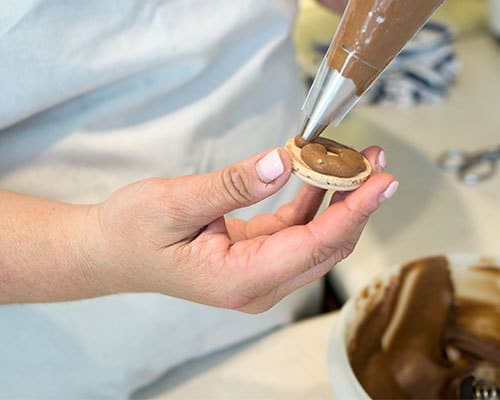 Finally, she piped the vanilla butter cream on the underside of a vanilla shell, and topped it with another vanilla shell. 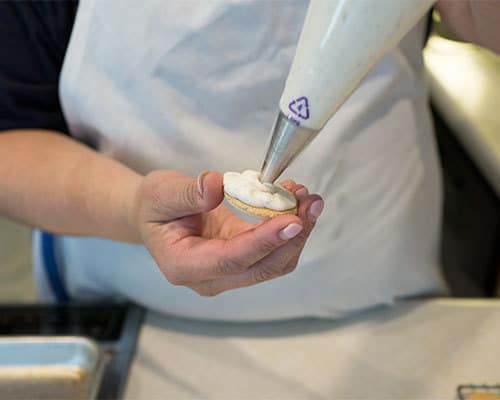 All in all, she ended up with 24 chocolate macarons, 24 vanilla macarons, and 24 Nutella macarons.  Were they as good as the ones in Paris?  No – they were actually better!  They were much more flavorful than the Paris macarons.  Yum! 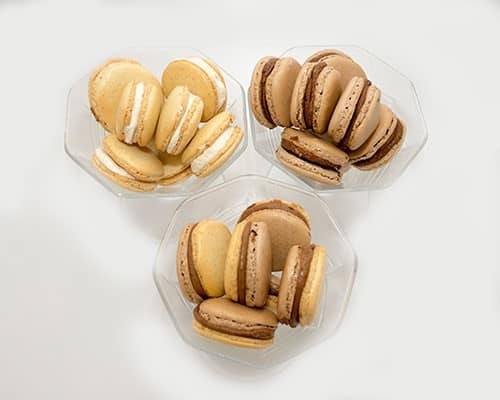 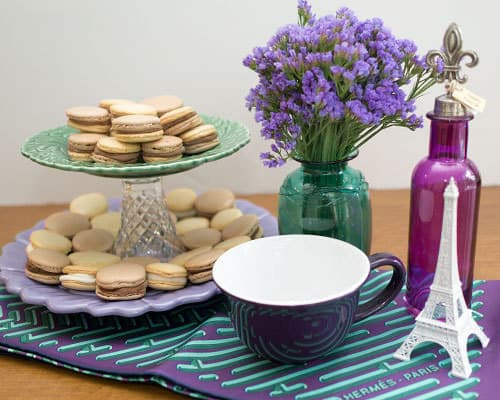 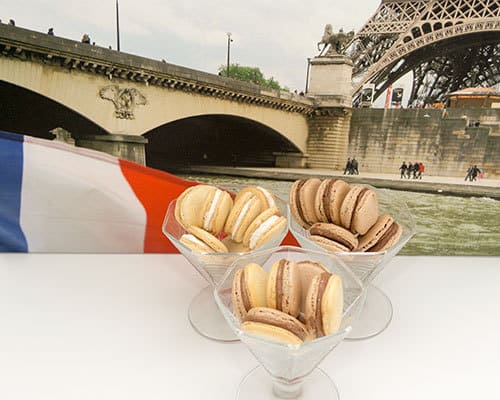 If you’re looking for a variation of this recipe, check out my Mardi Gras Macarons.

I hope you liked this recipe for French Macarons as much as I do. If so, please consider rating it and leaving a comment. Also, if you’d like to receive notifications of new posts by email, ever your email address in the Subscribe box. 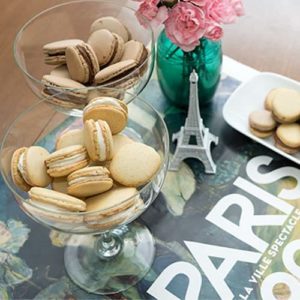 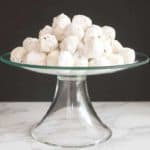 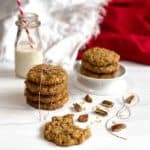 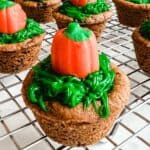 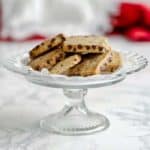