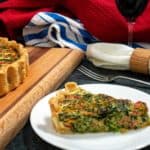 Tomato Florentine Quiche is a delicious one-pan meal that’s full of cheesy goodness. It’s a perfect dish for brunch, lunch or a light dinner. Leftovers, if any can be reheated and are just as good the next day. 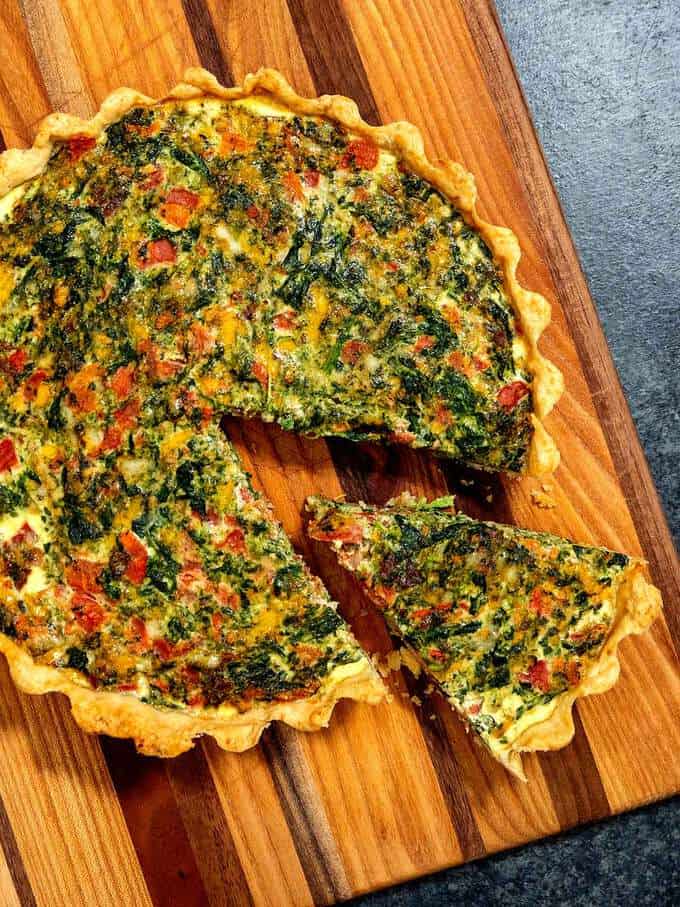 Make Your Own Versus Store-Bought Crust

The first time that I made this awesome quiche, I used a store-bought frozen deep dish pie crust. The crust itself was good. However, the crust cracked horribly while it was cooking which made serving the quiche difficult. The Master Taste Tester thought that the actual quiche was outstanding.

The next time I made the quiche, I tried using puff pastry for the crust. That worked fine in terms of the presentation. However, the crust was somewhat tough and not as good as I thought that it should be.

As maybe you can tell, I was trying to keep things simple. But after two attempts, I decided to make my own crust which really doesn’t take that much effort. I used the food processor to actually make the dough, and then press the dough into the quiche pan as opposed to rolling it out. The Master Taste Tester proclaimed the quiche perfect with my own crust!

The first time that I made this quiche, I used a 10 ounce package of frozen chopped spinach. The quantity was right. However, spinach was roughly chopped as opposed to a finer chop. The larger pieces of the spinach tended to dominate the dish more than I would have liked.

The next time that I made the quiche, I tried a different brand of frozen chopped spinach. All I could find was a 12-ounce package. Again, the spinach was roughly chopped. In addition, I decided to add all of the spinach rather than scaling it back to 10-ounces. The rough chop was all wrong, and the extra spinach totally dominated the taste of the quiche.

Finally, I was able to find 10-ounce frozen chopped spinach that was finely chopped – the way that I’m used by buying frozen spinach! This worked perfectly.

As maybe you can tell, I did a bit of experimenting with different combinations to produce what I think is the perfect Tomato Florentine Quiche.

I used the following ingredients for the crust: All-purpose flour, granulated sugar, Kosher salt, unsalted butter, Crisco shortening and ice water. I could have used all butter rather than the combination of butter and Crisco. However, I think that the Crisco contributes to the flakiness of the crust. 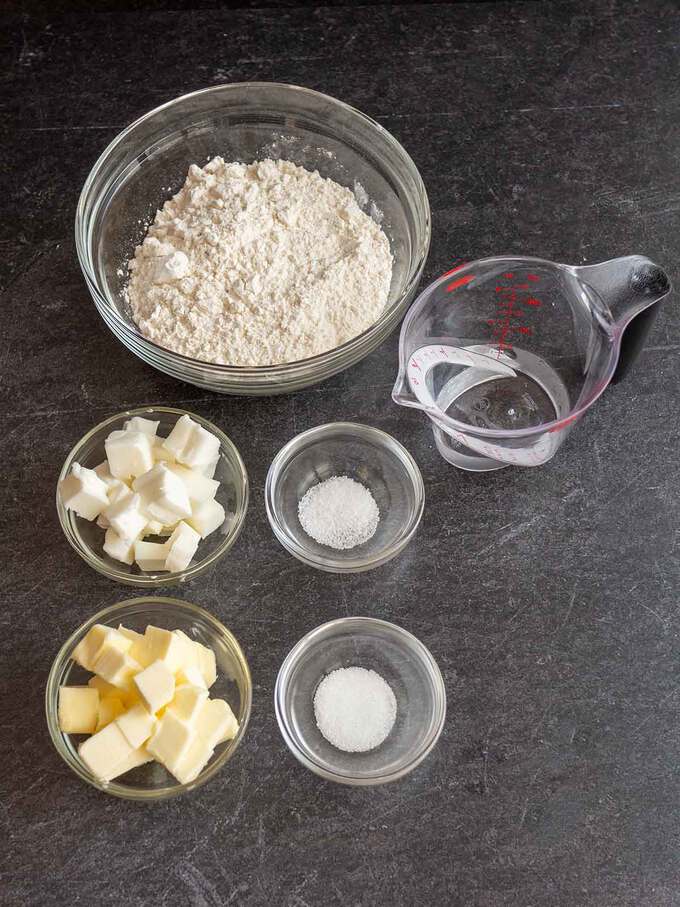 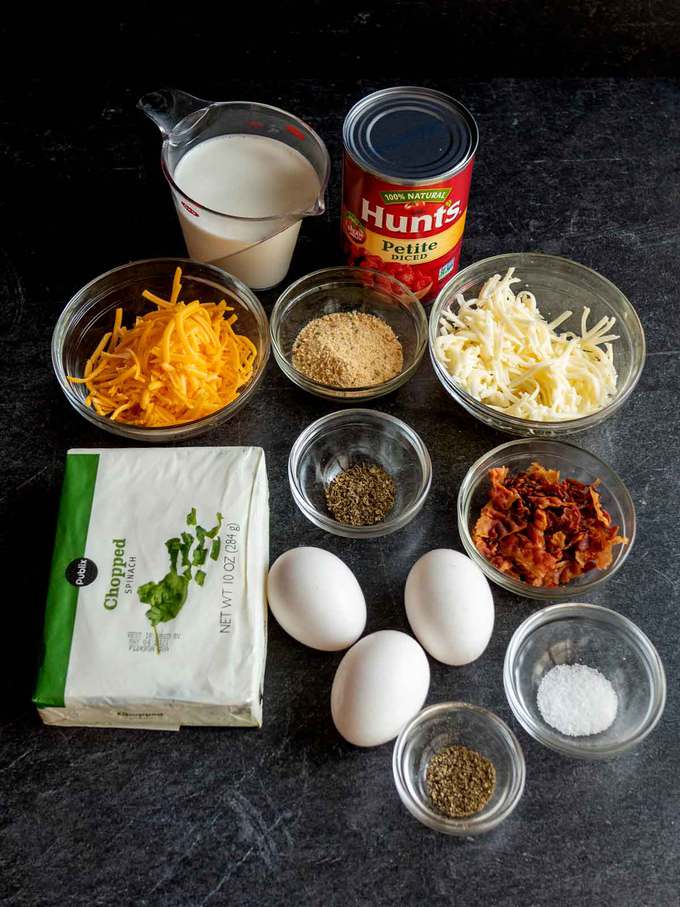 This crust is my go-to crust for savory quiches and tarts. The reason is that the crust is perfect every time. The dough takes less than a minute in the food processor. Also, I don’t have to roll out the dough. More about this in a minute!

I started by adding the flour, sugar and salt to my food processor fitted with a steel blade. Then, I pulse processed the ingredients 4 or 5 times to ensure that everything was well incorporated. Next, I added the butter and Crisco that I had cut into small pieces. I pulse processed the ingredients 8 or 9 times until the mixture resembled a coarse meal. After that, I added the ice water and pulsed the mixture several times until it came together. 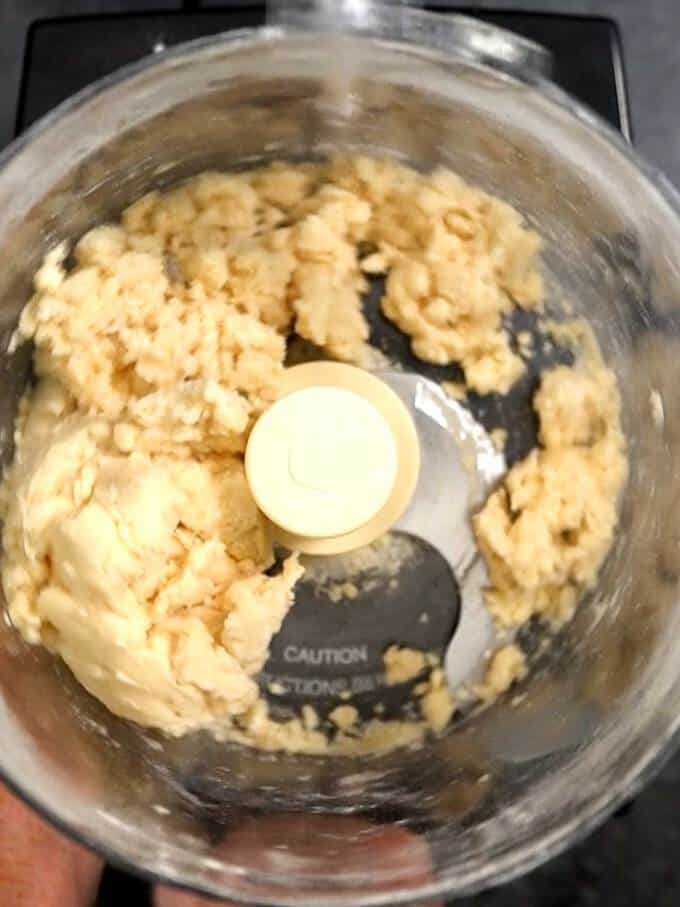 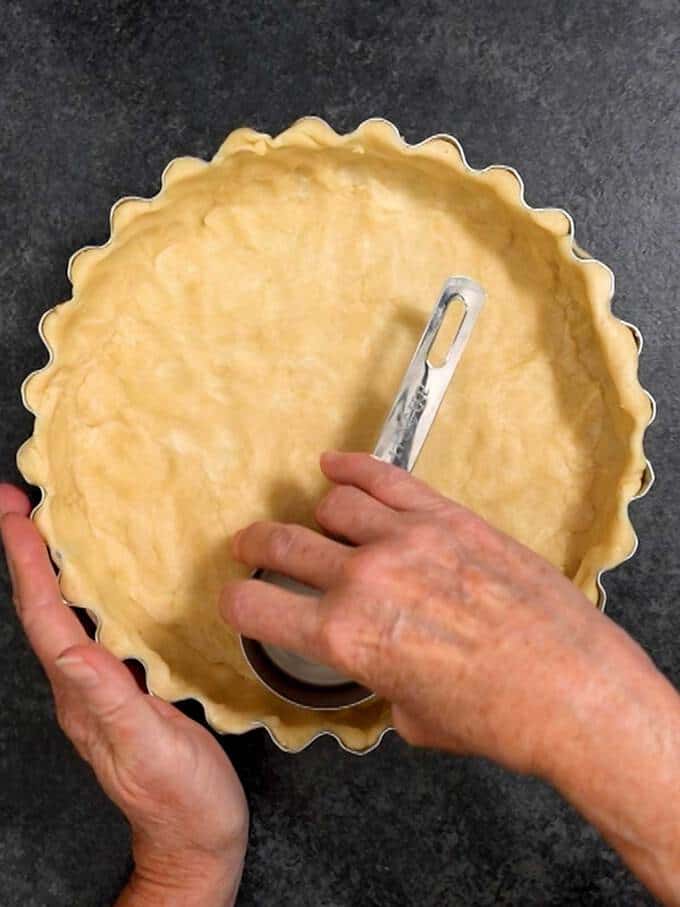 I covered the crust with a piece of plastic wrap and put it into the freezer for about 30 minutes. The reason that I freeze the crust before baking it is to minimize the sides shrinking. 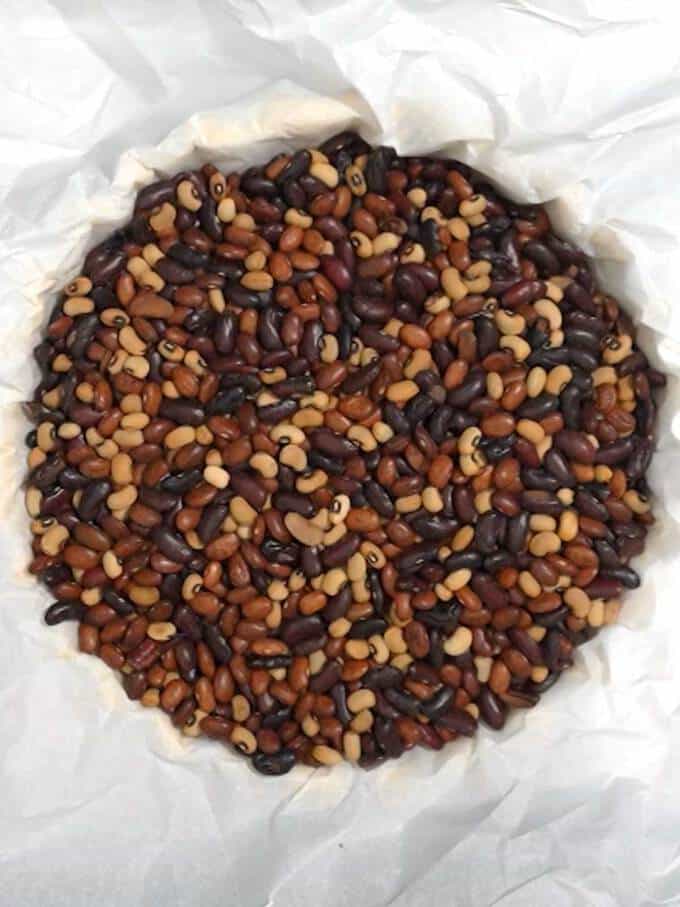 I popped the prepared crust into a preheated 400° F oven for 30 minutes. After 30 minutes, I removed the crust rom the oven and removed the parchment paper and dried beans.

Making the Filling for the Tomato Florentine Quiche

While the crust was baking, I made the filling for the quiche.

I started by combining the tomatoes which I had drained and the bread crumbs. I set the tomato mixture aside and whisked the eggs and half and half together in another bowl. Next, I added the salt, pepper, basil, cheeses, spinach and bacon to the egg mixture. After stirring everything together, I folded in the tomato mixture. 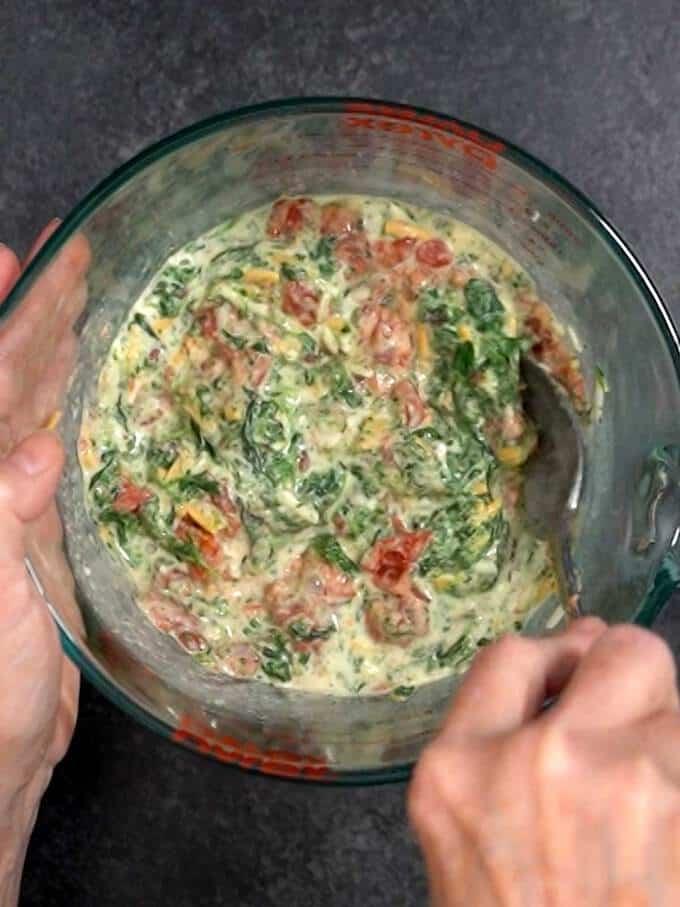 I poured the Tomato Florentine Quiche mixture into the prepared crust and smoothed it out with a spoon. 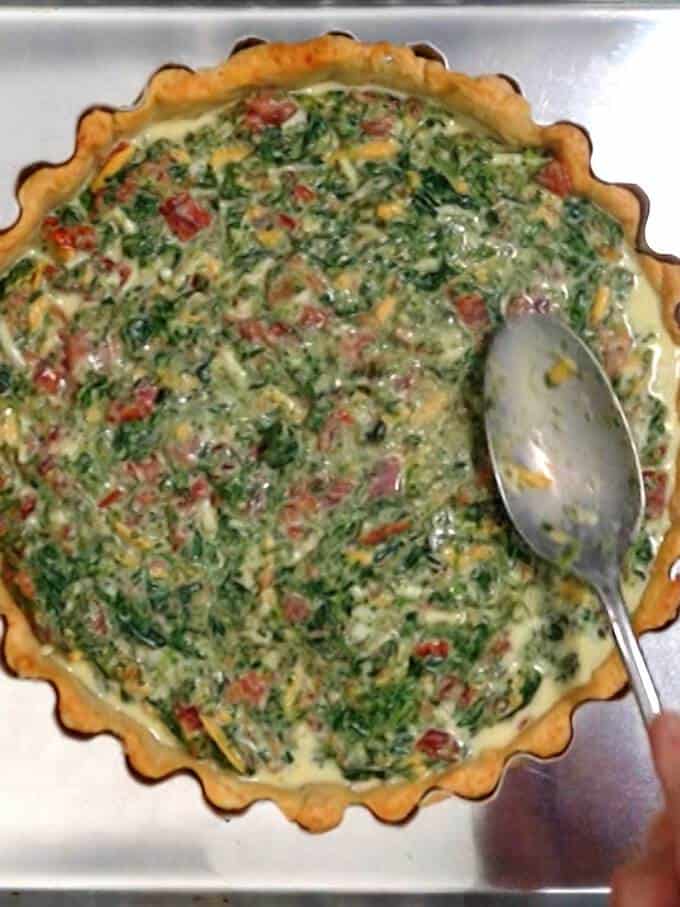 Then, I baked the quiche in a preheated 375°F oven for 40 minutes until it was perfectly set. I removed the quiche from the oven, and placed it on top of a small inverted bowl. This allowed the sides of the quiche pan to drop away.

I let the quiche cool for about 20 minutes before serving it. It was awesome! The flavors perfectly complimented each other. Yum! 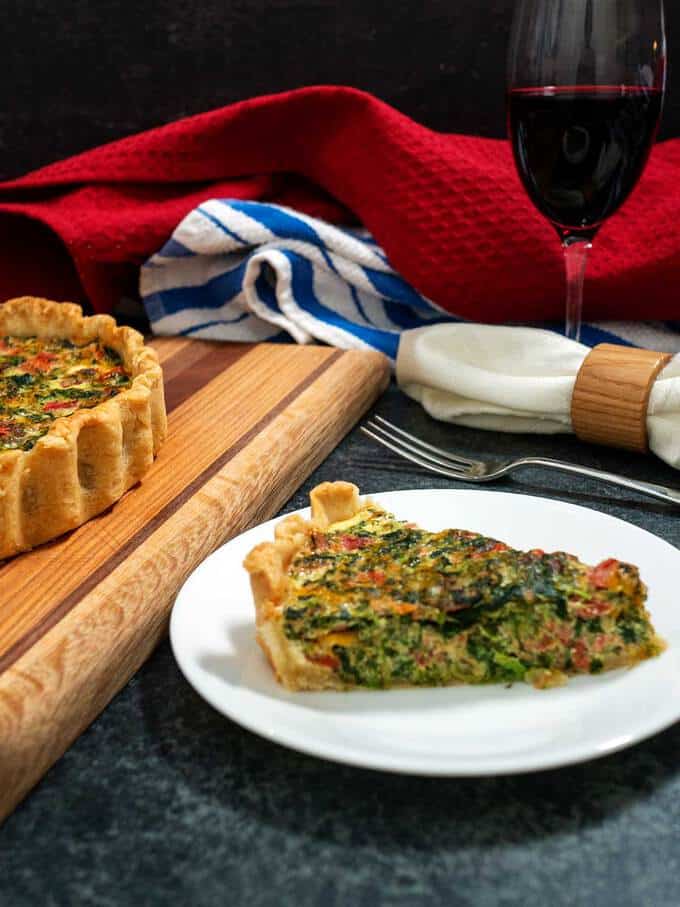 If you like quiche-type dishes, you should definitely try my Fresh Tomato Ricotta Tart in Puff Pastry and Vidalia Onion and Mushroom Quiche. 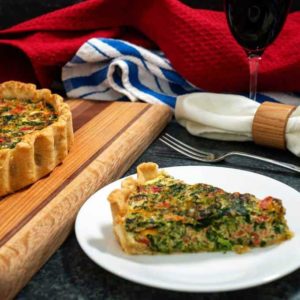