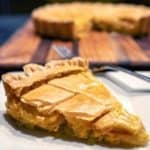 The English are famous for their savory pies, and Cheese and Onion Pie is no exception. Its simple ingredients of tender cooked onions and sharp cheddar cheese encased in a flaky crust create an amazing pie. One taste and you’ll be hooked! 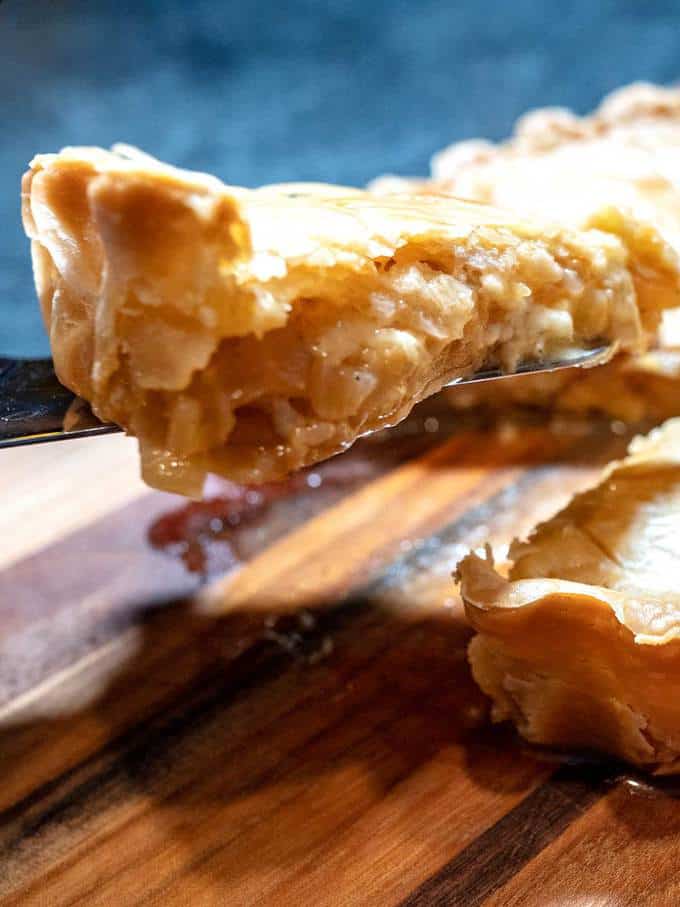 I originally made this delicious pie in February of 2014 after watching a British cooking show that featured Cheese and Onion Pie. Who should walk in while I was watching the show but the Master Taste Tester! He commented that his mother and grandmother used to make cheese and onion pie, and that he really liked it. Therefore, I decided to give it a try, and have been making it ever since. Therefore, I thought that I would update the original post with new photographs and edited text.

The cheese that the recipe called for was Lancashire cheese, which I knew I would not be able to get. I did a bit of research and found that I could use an extra sharp cheddar cheese in place of the Lancashire cheese. It worked like a charm!

Ingredients for Cheese and Onion Pie

In addition to the cheese and onions,I used unsalted butter, Kosher salt, freshly ground black pepper, and store-bought pie crusts. I also used a little bit of milk for sealing and glazing the pastry. 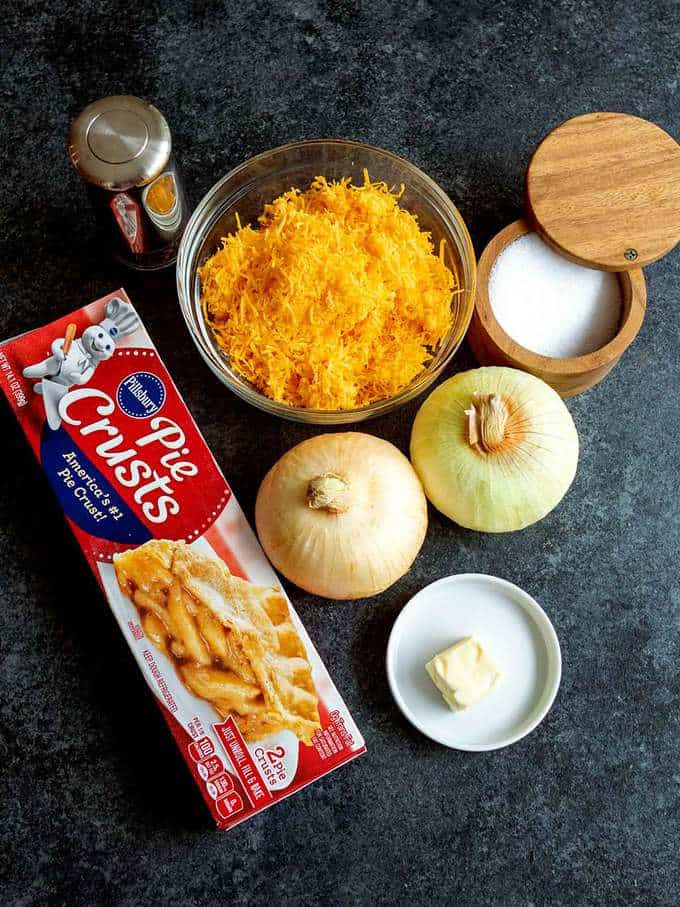 Cooking the Onions for the Cheese and Onion Pie

I lined an 8-inch tart pan with one of the pieces of pie crust, leaving excess dough overhanging the edge. I used a fork to prick the bottom. When the onions had cooled, I spooned half of them into the tart pan. Then I covered the onions with half of the shredded cheese. Next, I added the remaining onions and cheese. Finally, I brushed the edges of the overhanging pastry with milk. 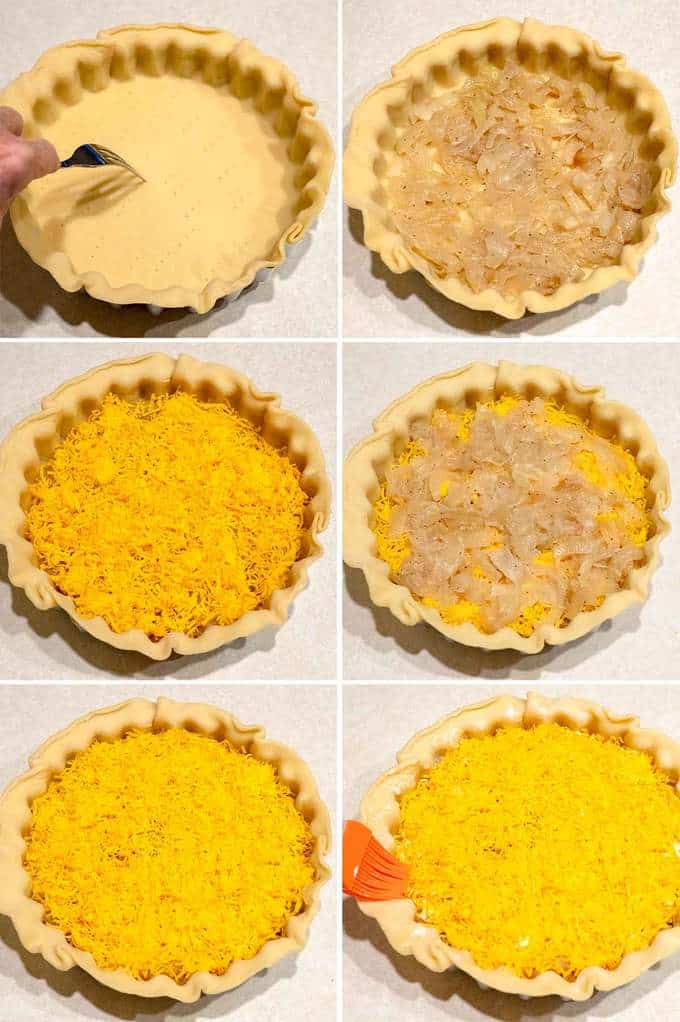 I topped the pie with the other piece of pie crust. Then, I pressed the edges together to form a seal. Next, I trimmed the excess pastry, and used the tins of a fork to further seal the top and bottom pieces of the pie crust together. 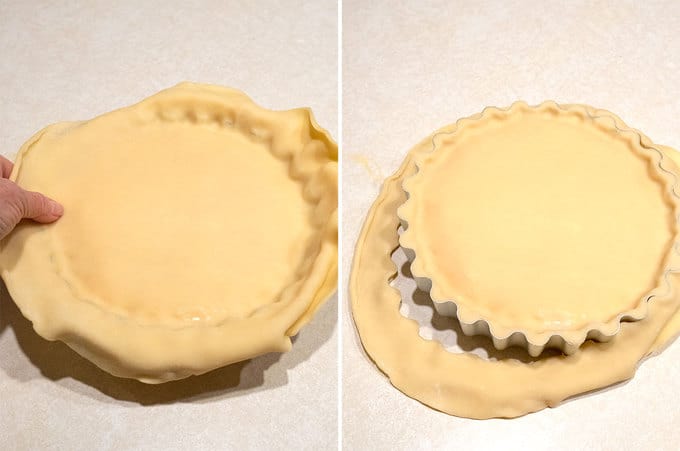 I decorated the top of the pie with the point of a knife to make a lattice effect, being careful to not cut all the way through the crust. Then, I made several small cuts in the center of the pie using the point of a sharp knife. Finally, I brushed the top with some milk. 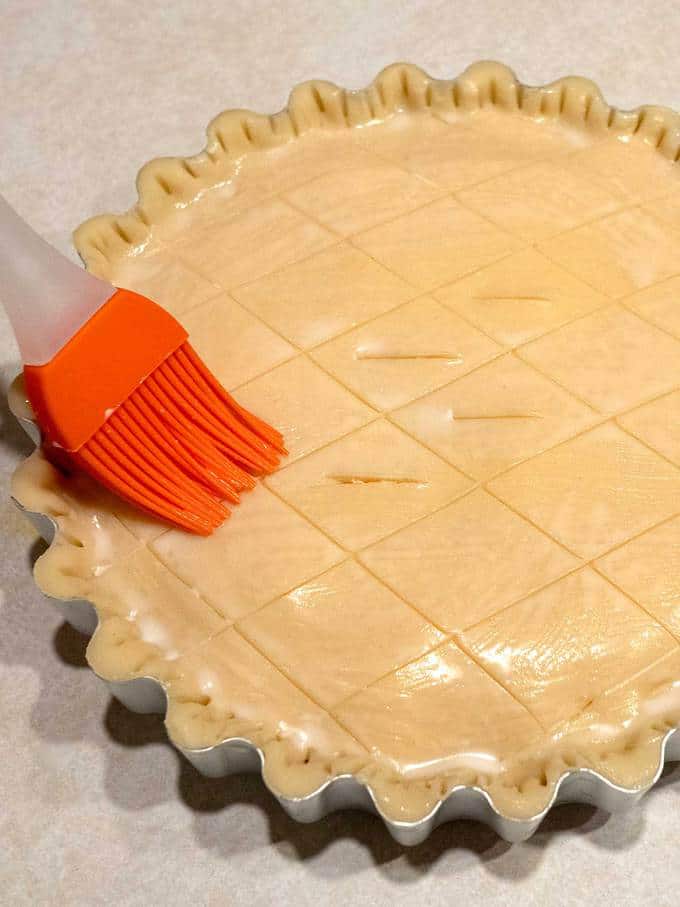 I baked the pie in a preheated 350° F oven for about 50 minutes, until it was golden brown. I removed the pie from the oven and let it cool for about 30 minutes before unmolding it and cutting it into serving pieces. 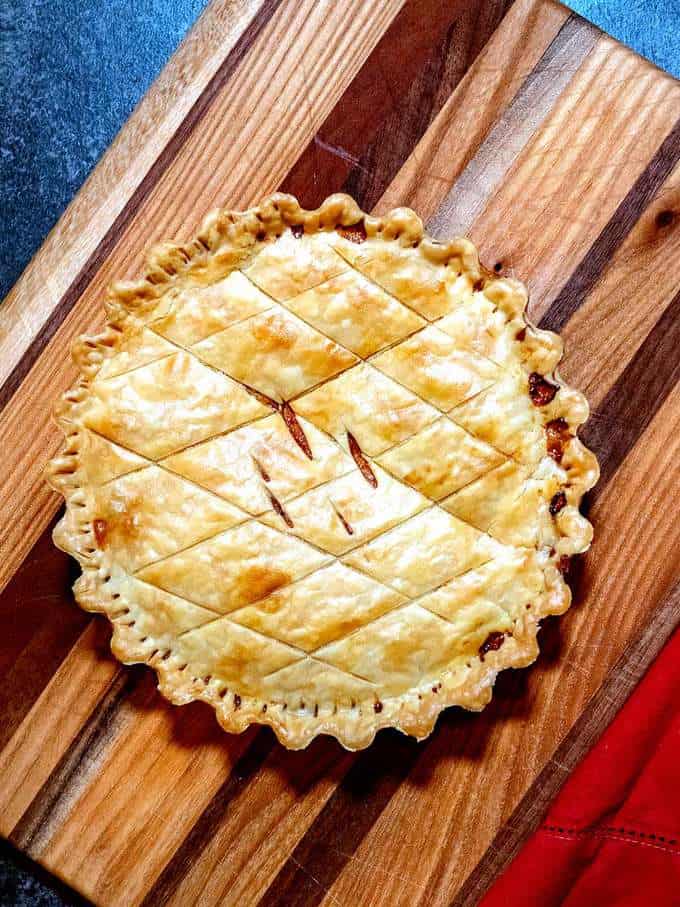 I’ve made pie many times since early 2014, always with superb results. Tonight was no exception. Yum! 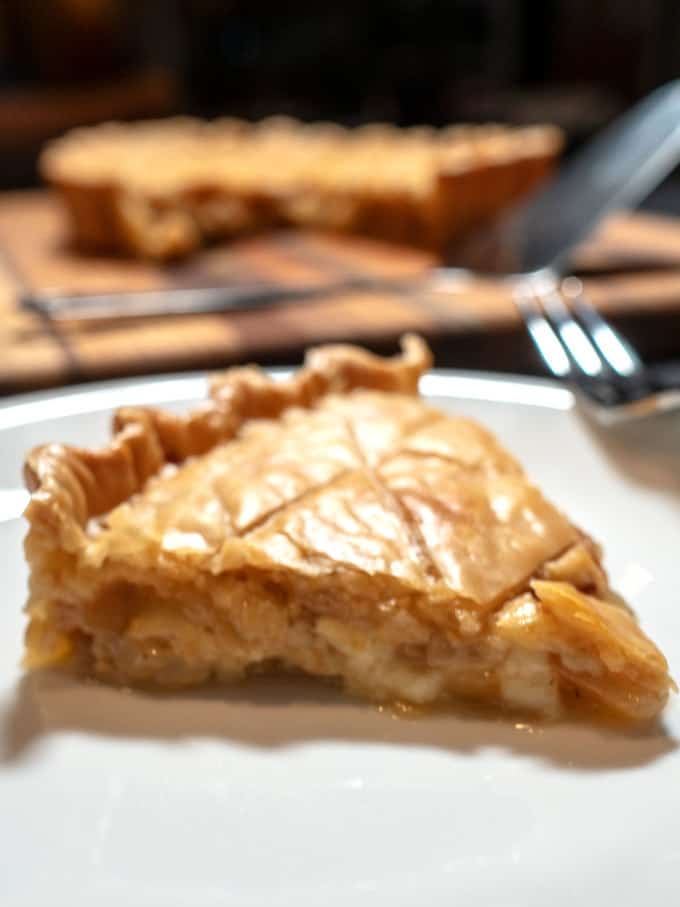 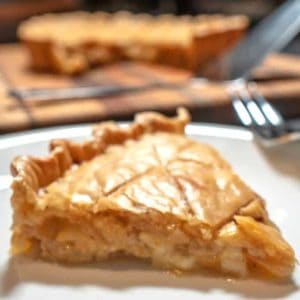