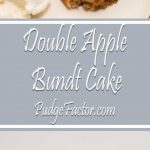 Inspired by Dorie Greenspan, this amazing Double Apple Bundt Cake is super moist, with just the right amount of spices. It’s filled with fresh apples, apple butter, and toasted pecans, and baked to perfection. Serve it alone or with a scoop of vanilla ice cream for an anytime dessert. 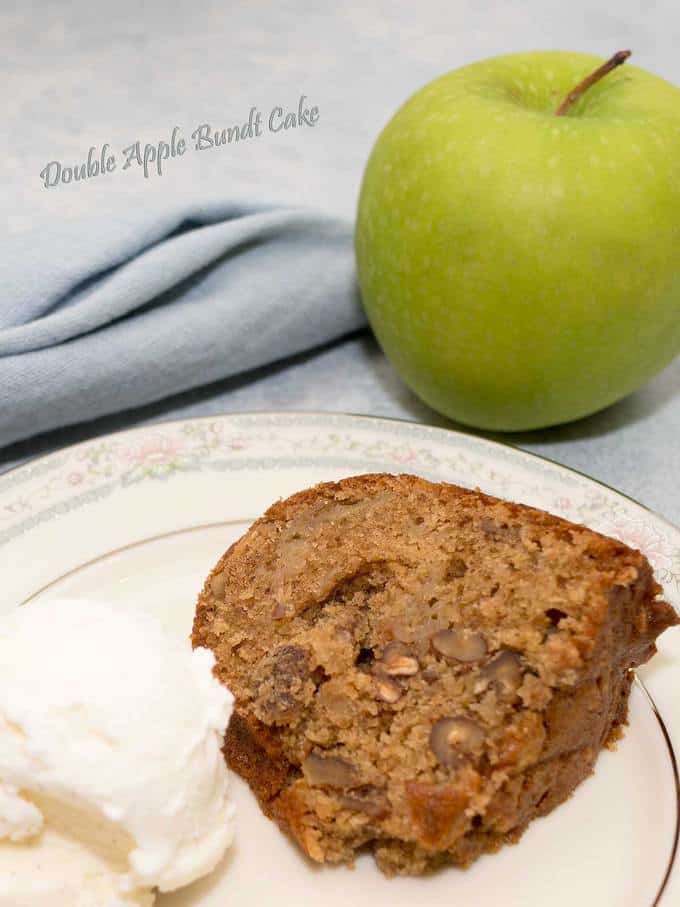 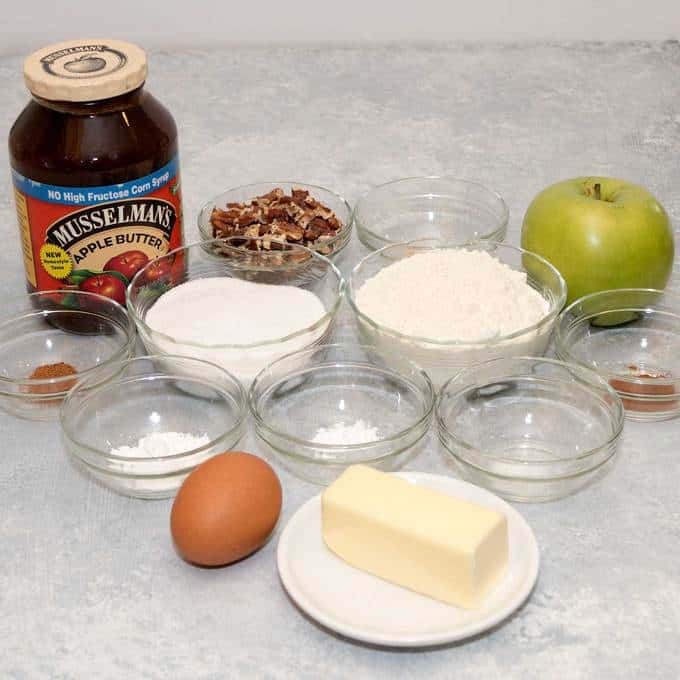 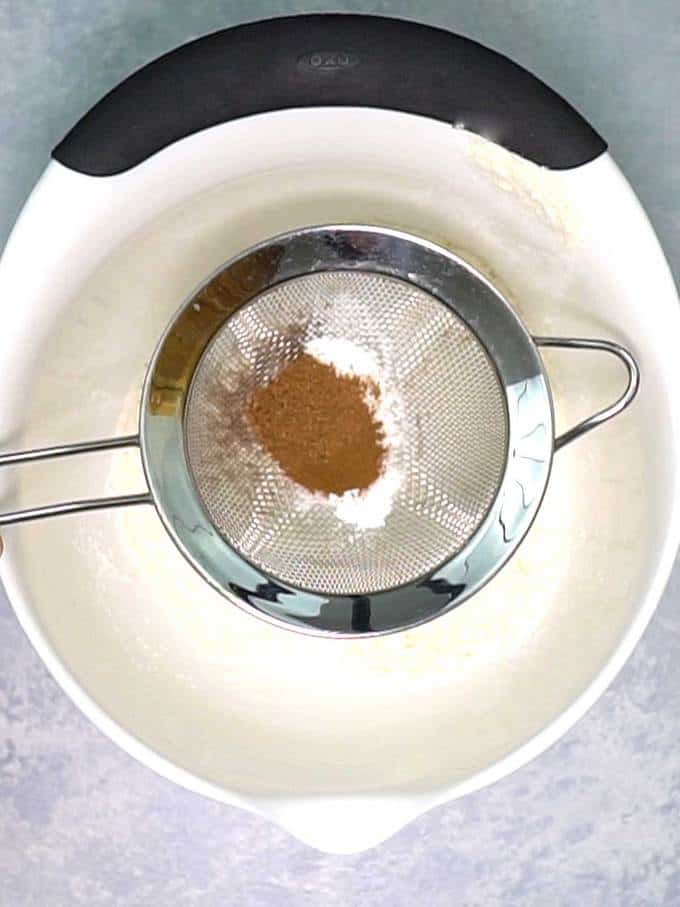 Next I added the butter and sugar to a large bowl, and beat it on high speed until the mixture was smooth. 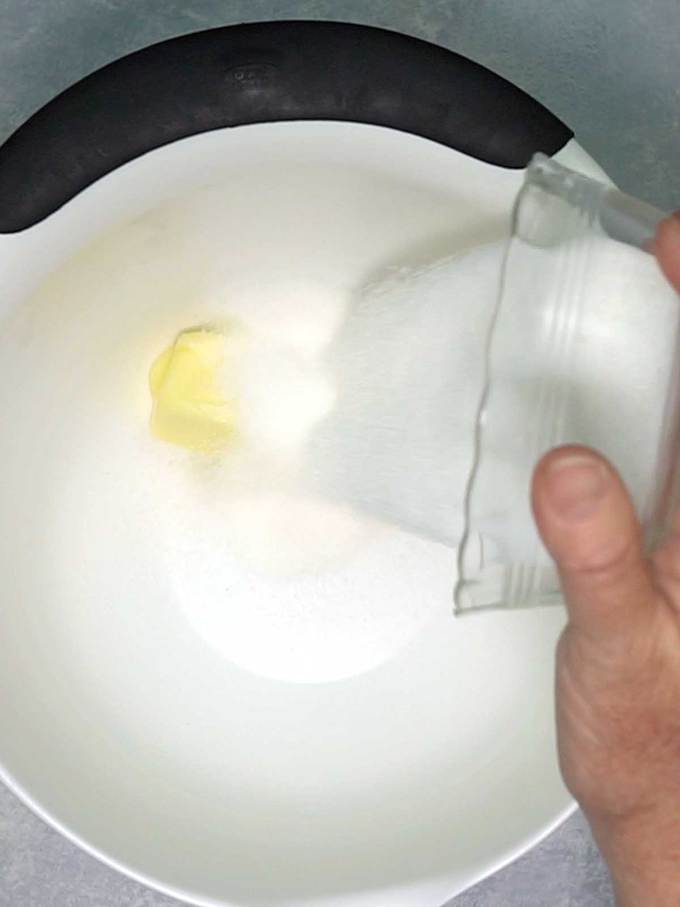 I added the egg and beat the mixture for several minutes, until it was light and fluffy 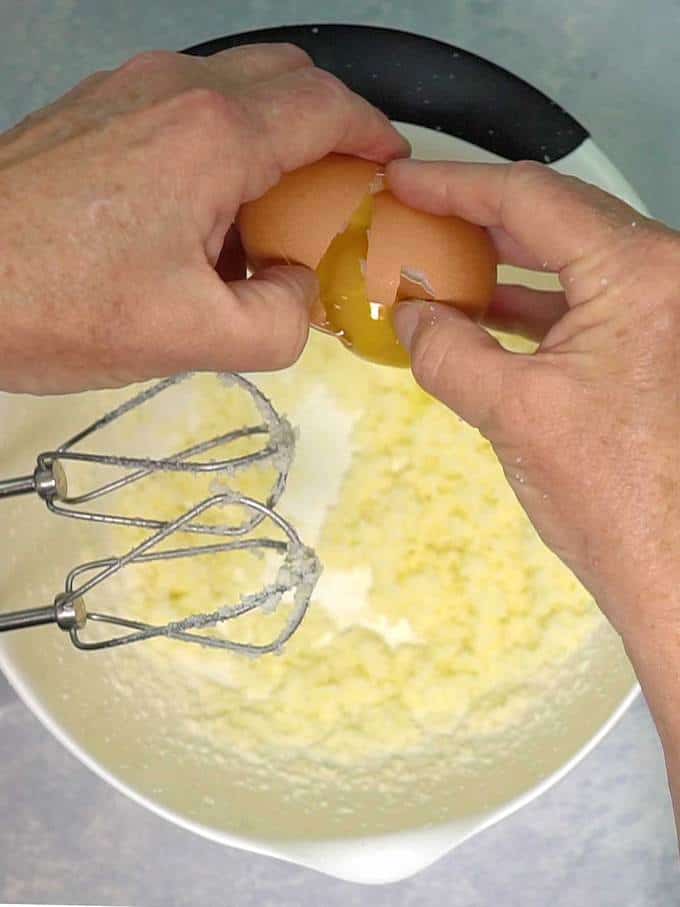 Next I added the apple butter and beat the mixture on low, until it was well incorporated. 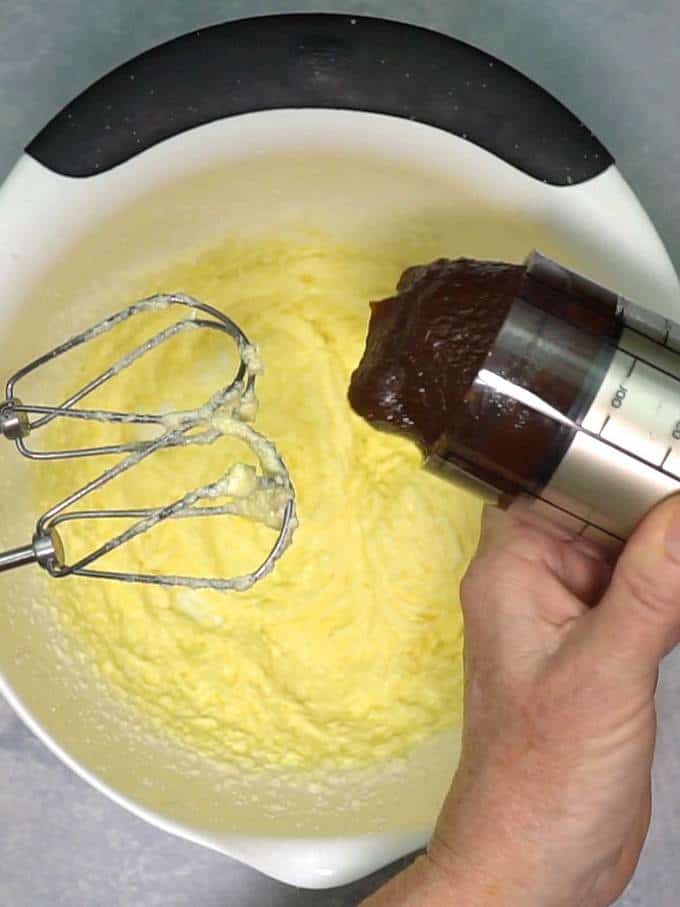 Then came the shredded apple. Again, I beat the mixture on low until it was completely blended. 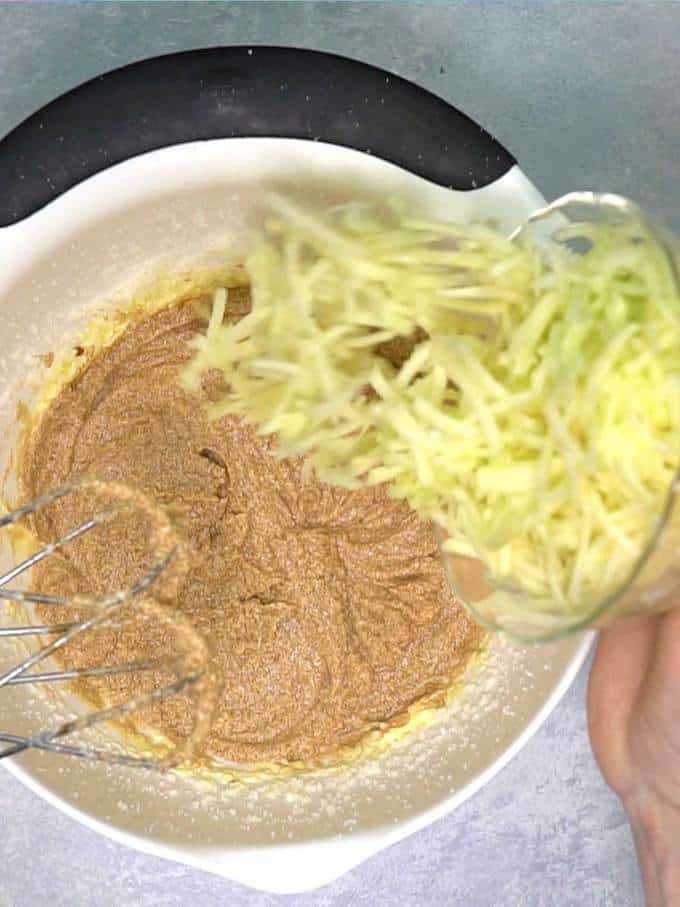 I added the flour/spice mixture, and stirred it just until it disappeared into the batter. Finally, I folded in the toasted pecans and stirred until everything was well incorporated. 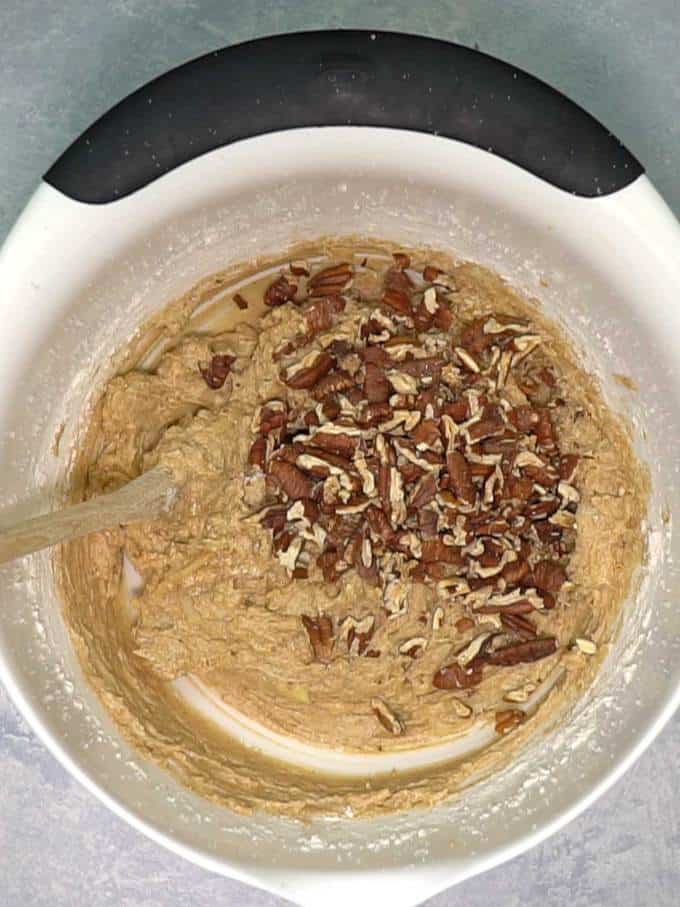 Previously, I had sprayed my little Bundt pan with a baking spray. I added the batter to the prepared Bundt pan, and smoothed out the top before putting it into a 350° F oven for about 40 minutes. 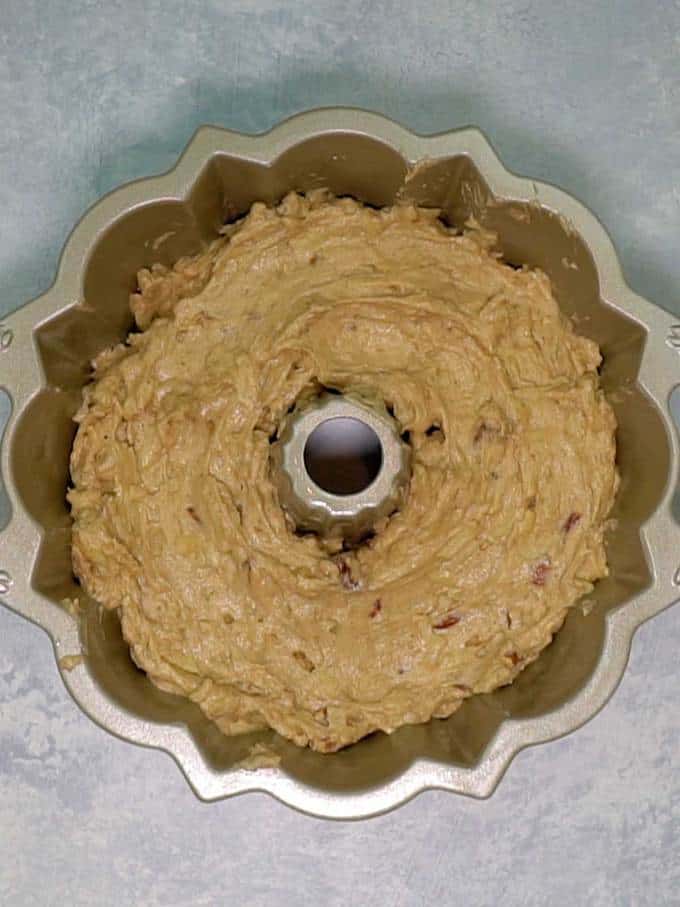 After 40 minutes, I removed the cake from the oven and placed it on a wire rack to cool for about 5 minutes. I unmolded the cake onto the wire rack to let it cool completely. 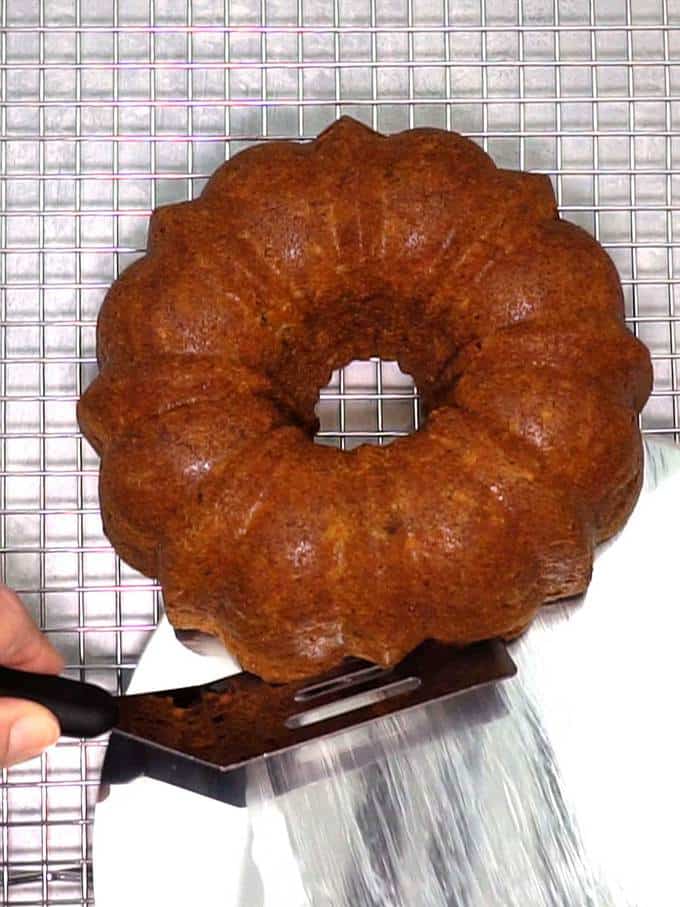 The Double Apple Bundt Cake was amazing – not too sweet with just the right amount of spices! I served it with a scoop of homemade vanilla ice cream, but it would have been equally good on its own. Yum!

If you’re in the mood for a Bundt Cake, you should try one of these other awesome bundt cakes:

If you’d prefer another apple cake, try my Irish Apple Cake or French Apple Cake. You won’t be disappointed.

I hope you liked this recipe for Double Apple Bundt Cake as much as I do. If so, please consider rating it and leaving a comment. Also, if you’d like to receive notifications of new posts by email, ever your email address in the Subscribe box. 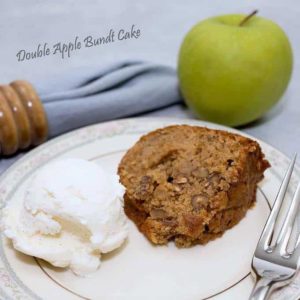