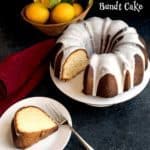 Brighten your holiday season with this rich and moist Lemon Cream Cheese Bundt Cake. It feels like springtime, and tastes amazing under a layer of lemon glaze. 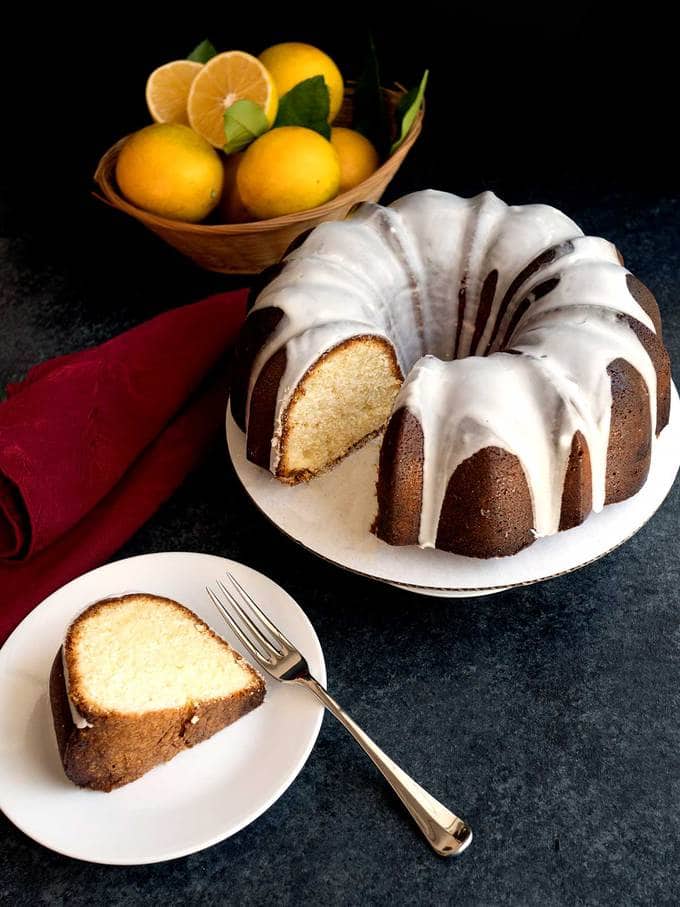 This year, we had a huge crop of Meyer Lemons – more than we’ve ever had. I decided to use some of the lemons to make his bundt cake. It is Susan’s favorite lemon pound cake, and one that I’ve been making for years. I’ve never been disappointed by it!

If you’re in the mood for a Bundt Cake, you should try one of these other  awesome bundt cakes: 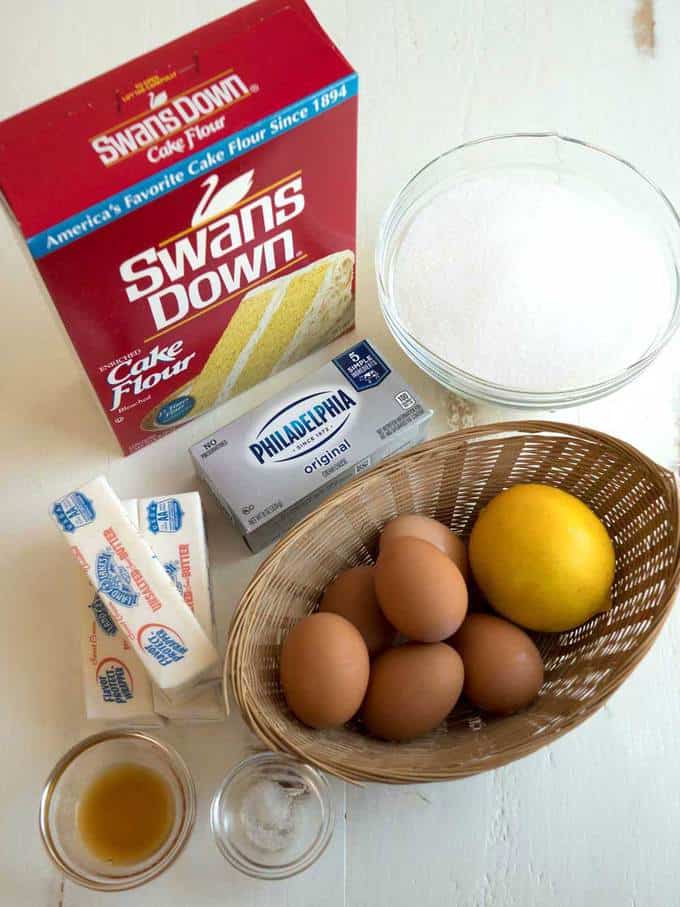 Making the Batter for the Lemon Cream Cheese Bundt Cake: 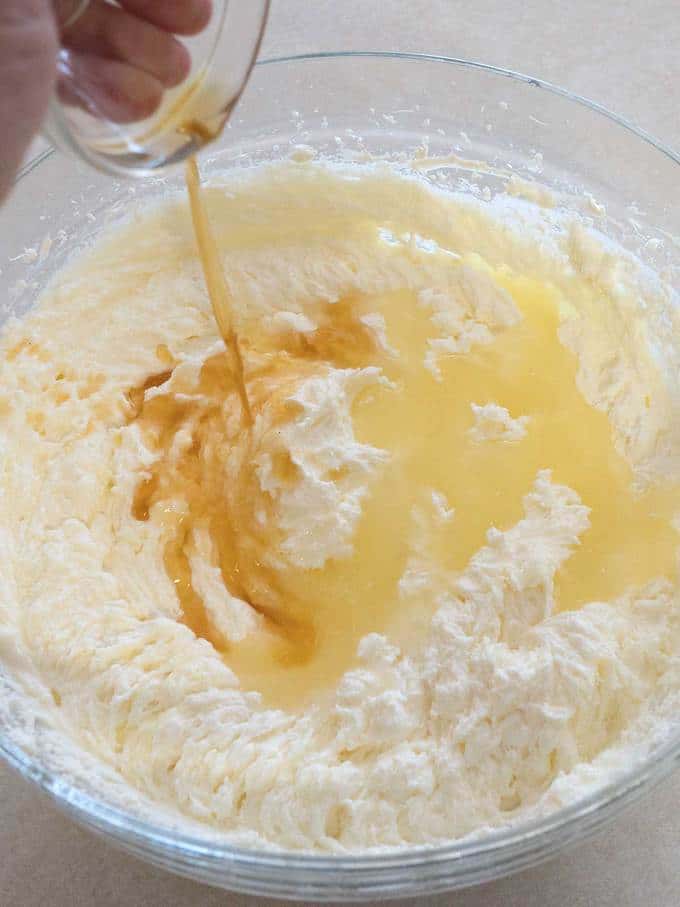 After that, I added the eggs, 2 at a time, and continued beating the mixture. 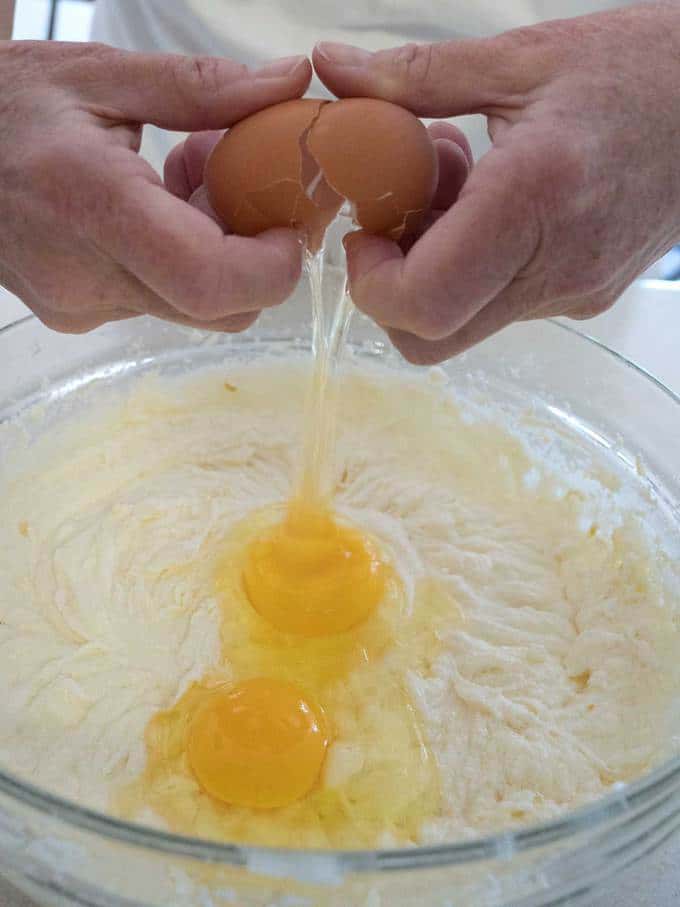 Finally, I added the flour, and beat the mixture on low just until the flour started to be incorporated. At that point, I switched to a silicon spatula, and carefully continued folding the flour into the batter. 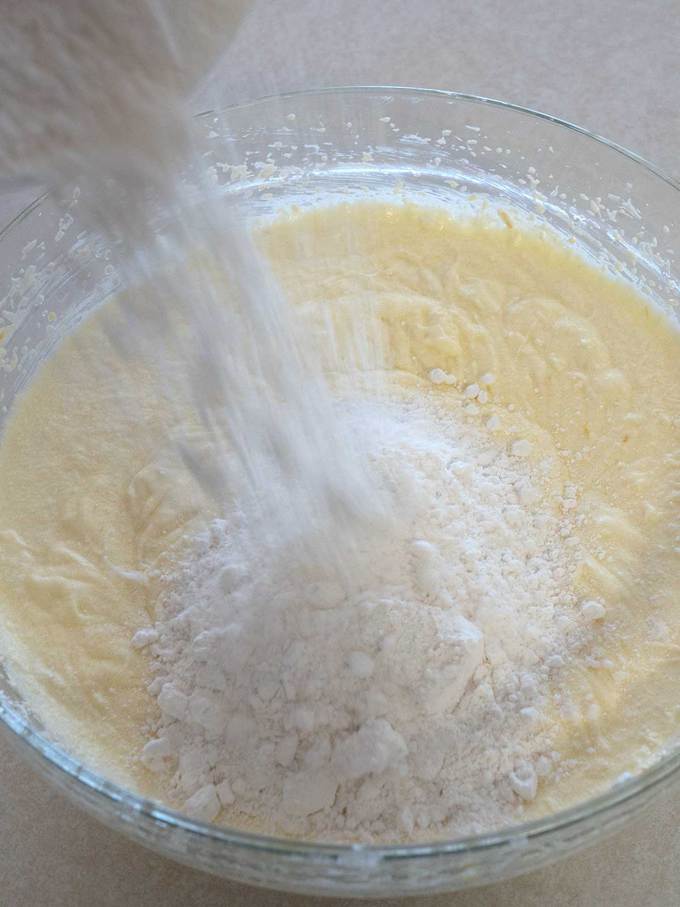 Once the flour was incorporated, I transferred the batter to a bundt pan which I had sprayed with a non-stick baking spray. 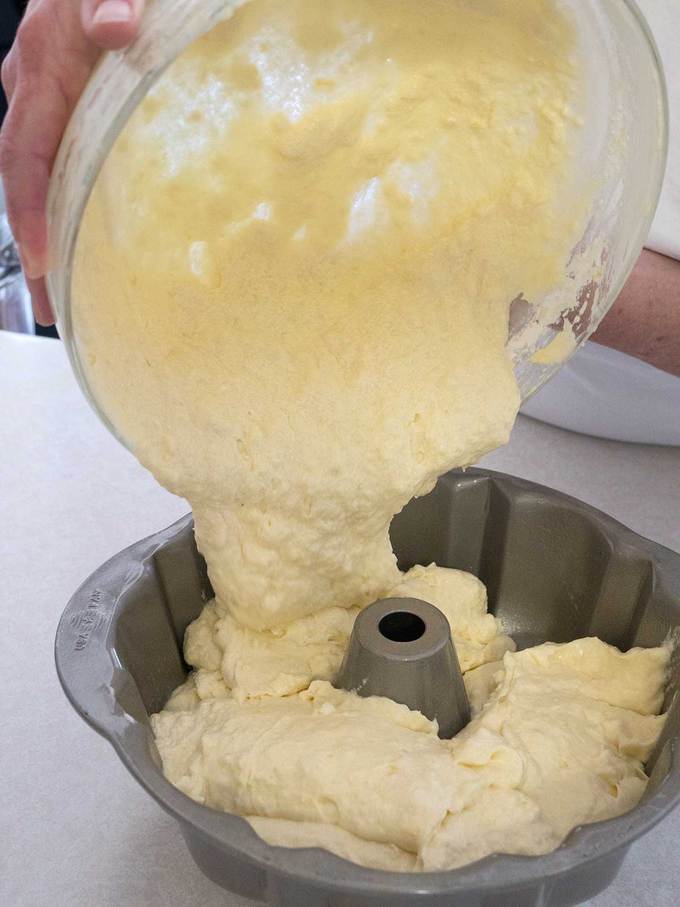 I leveled out the batter in the pan, and gave the pan several taps on the counter top to release any air bubbles. Then, I popped it into a preheated 350° F oven for 1 hour and 20 minutes. The cake was golden brown and had started to pull away from the sides of the pan. 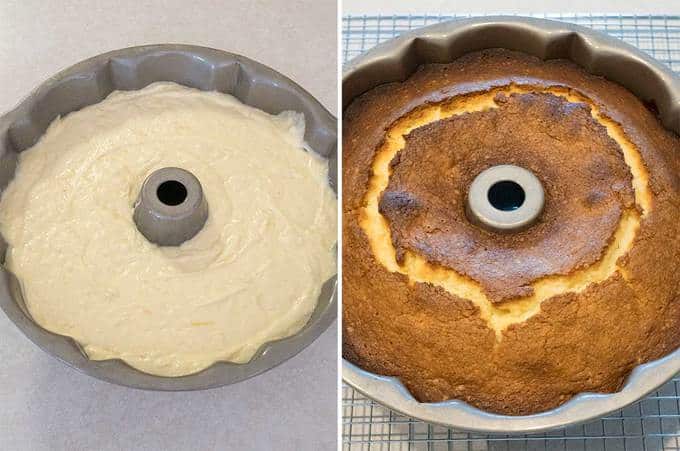 After I took the cake out of the oven, I inverted it onto a wire cooking rack that I had set over a rimmed baking sheet. It came right out of the pan. While the cake was still hot, I brushed it all over with a simple lemon syrup that I made by heating together lemon juice and sugar. Once the cake had cooled completely, I drizzled on a lemon glaze made with confectioners’ sugar and fresh lemon juice. 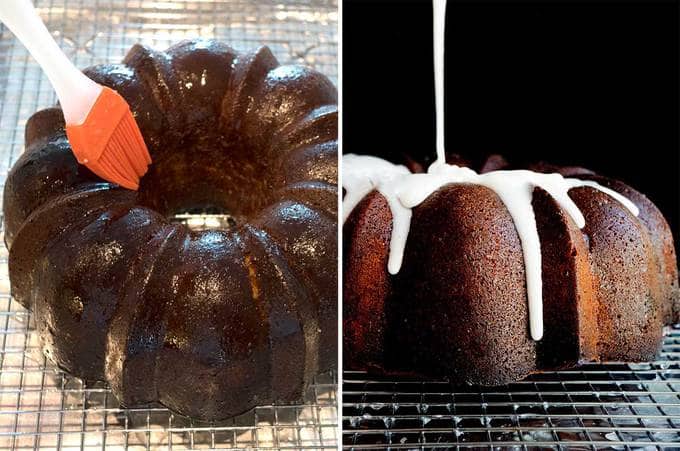 The cake was absolutely delicious. It was rich, moist, and had the perfect combination of sweet and tart. Yum! 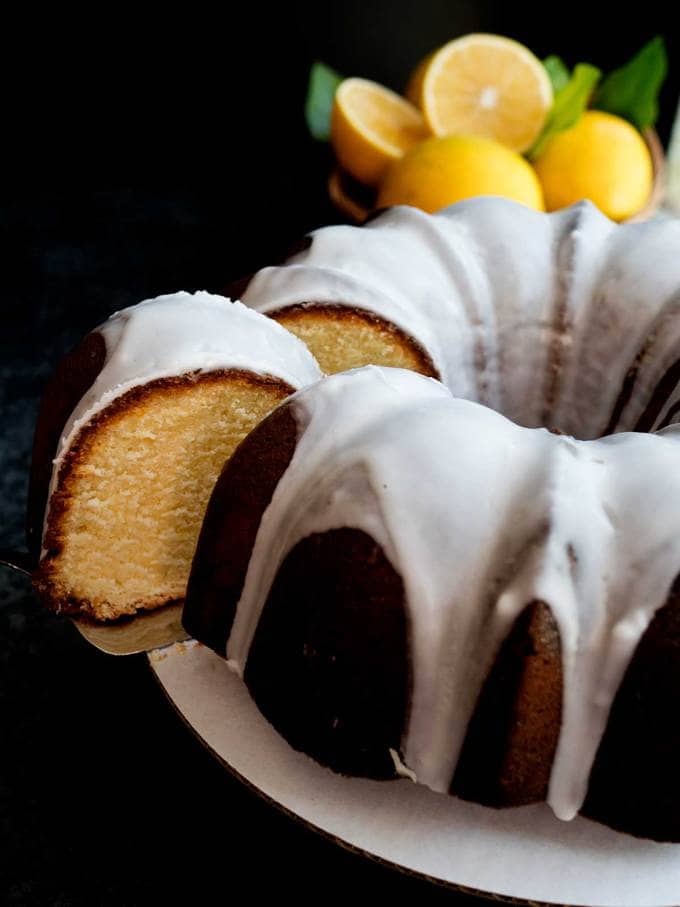 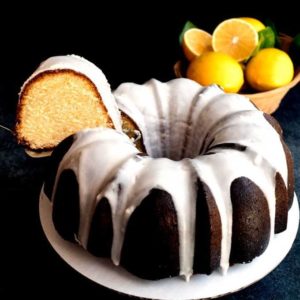