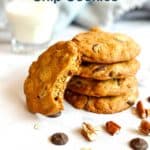 DoubleTree Chocolate Chip Cookies are a signature treat for guests when they check into the Hilton hotel. Up until now, the recipe was a well guarded secret. However, on April 9, 2019, DoubleTree released the recipe for its iconic cookie. When I read about the release, I knew that I had to try the recipe. The verdict – awesome! The cookies are loaded with more chocolate chips and nuts than a traditional chocolate chip cookie. 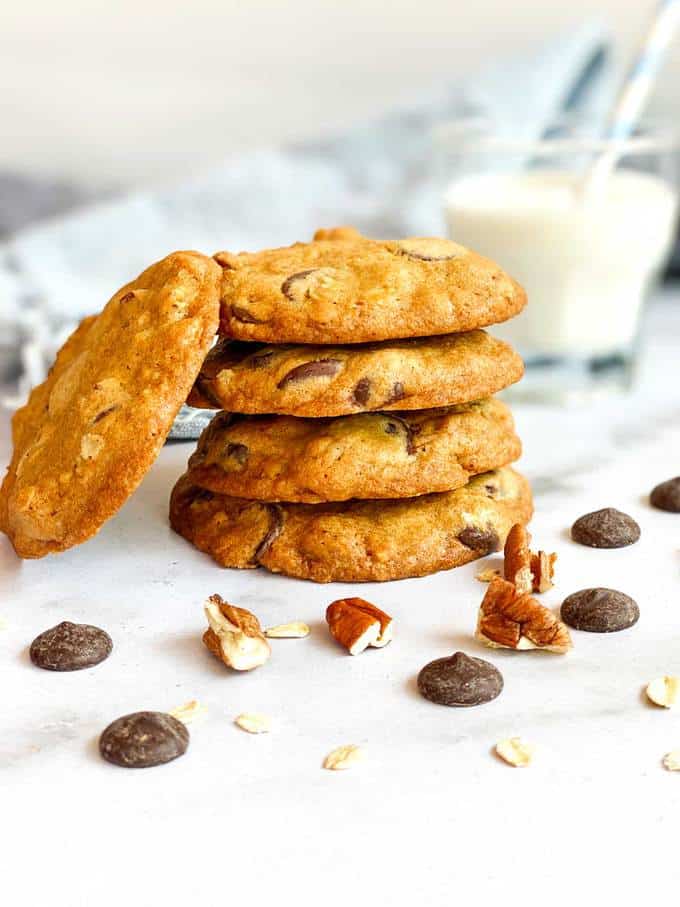 What is it that makes the DoubleTree cookie stand out from an ordinary chocolate chip cookie? The answer – several things.

At the basic level, the cookie dough is pretty standard in terms of most of its ingredients – butter, granulated sugar, brown sugar, eggs, vanilla, baking soda, salt, all-purpose flour, chocolate chips and nuts.

However, here are the differences: 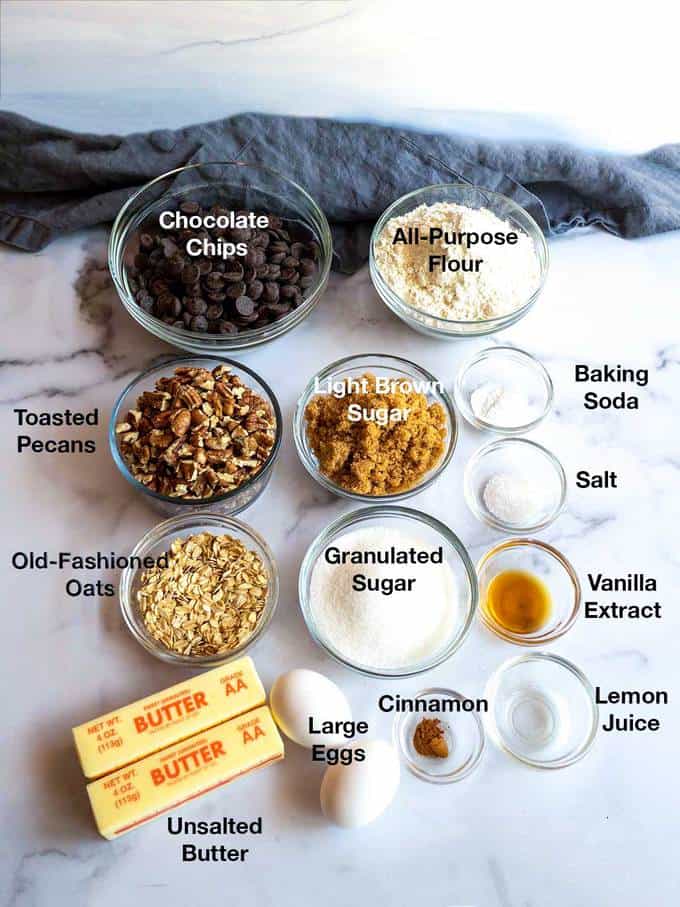 Making the Dough for the DoubleTree Chocolate Chip Cookies

There really wasn’t anything special about making the dough for the DoubleTree Chocolate Chip Cookies. First, I beat together the butter and sugars on high speed with my electric mixer until they were well combined. This took about 2 minutes. 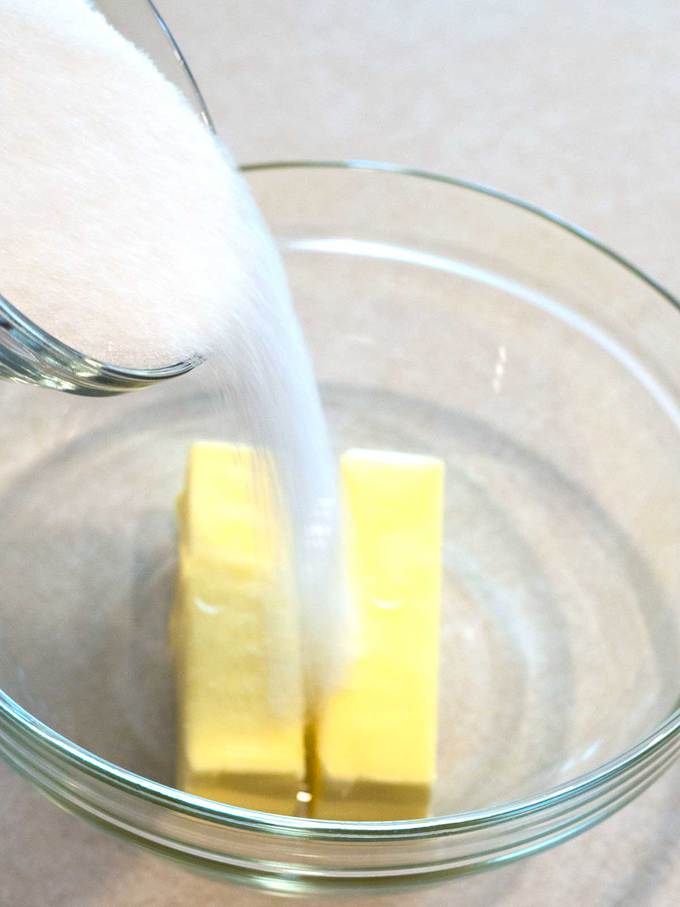 Next, I added the eggs (Photo 1), vanilla extract (Photo 2) and lemon juice (Photo 3) to the butter/sugar mixture. Then, I beat the mixture on high for about 2 minutes until it was light and fluffy (Photo 4). 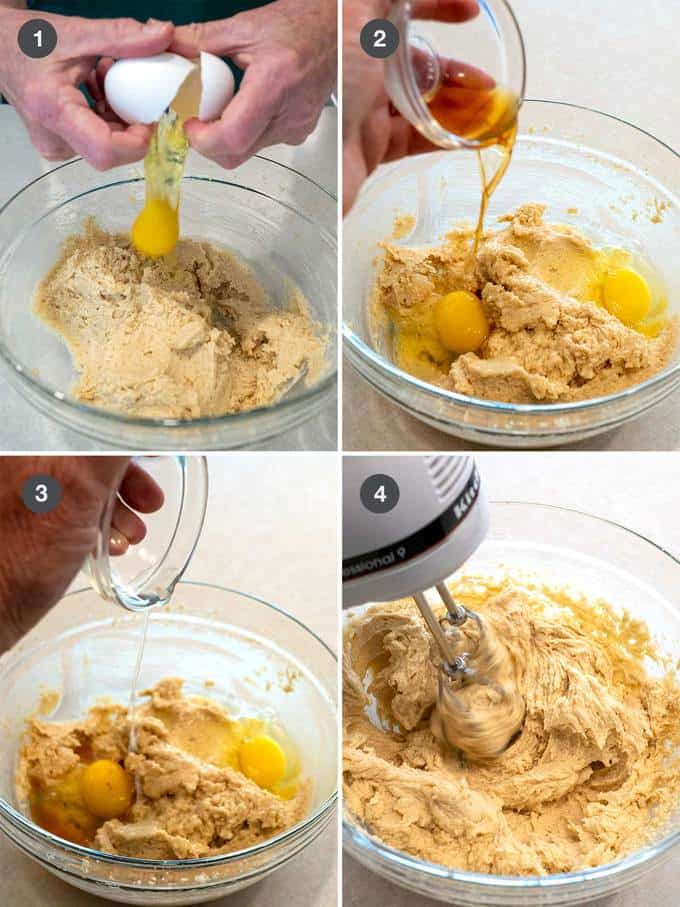 After that, I added the salt, baking soda and cinnamon and beat the mixture for about 30 seconds until they were combined. 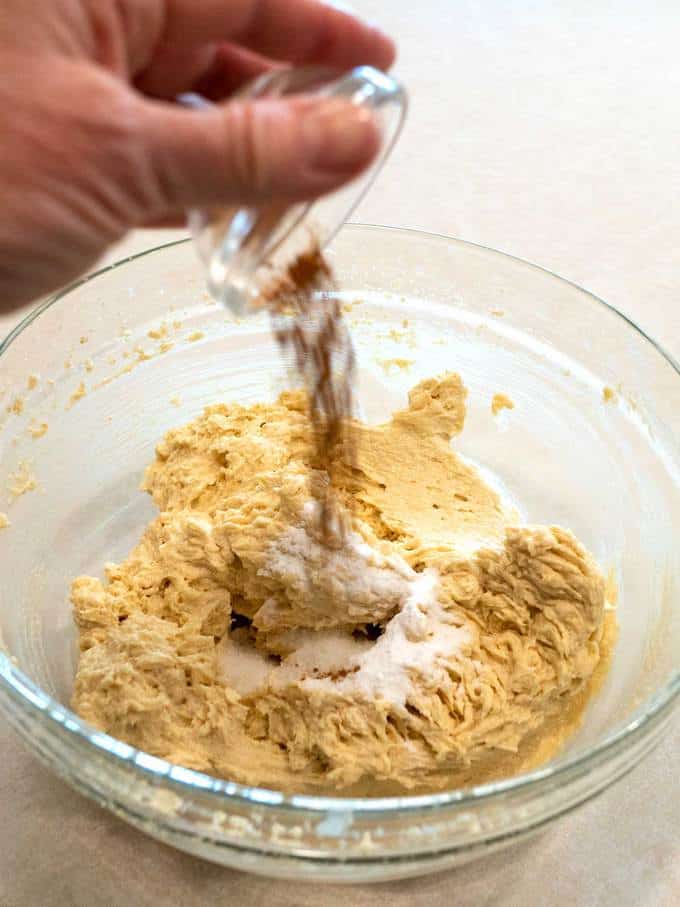 Then, I added the flour and oats, and beat the mixture on low speed just until the flour was combined. This took about 45 seconds. 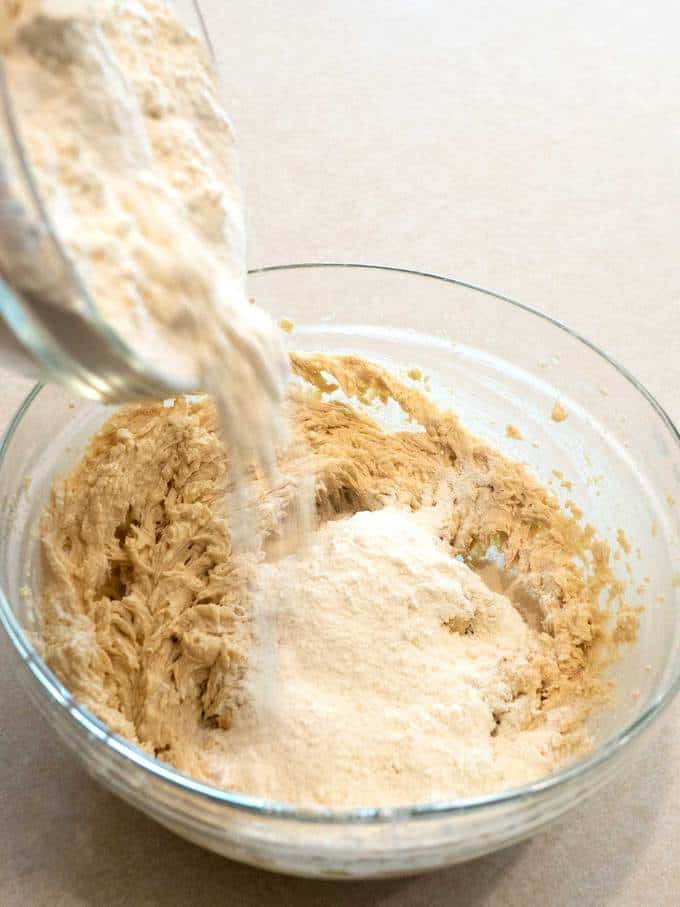 Finally, I added the chocolate chips and nuts, and stirred the dough with a wooden spoon until everything was nicely combined. 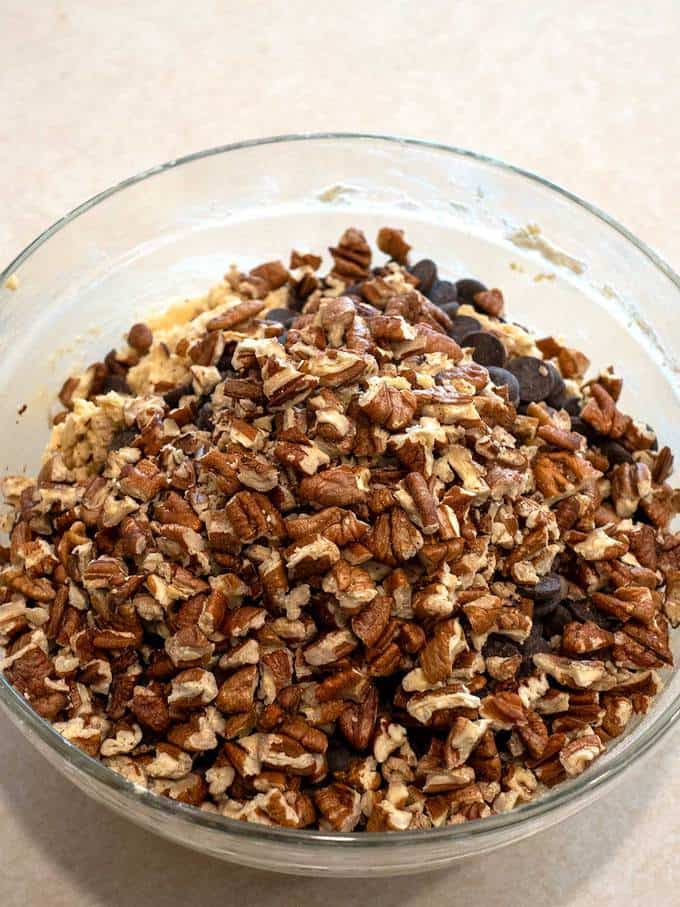 I used a 1 ¾-inch ice cream scoop to portion out the cookie dough onto a parchment lined baking sheet. The DoubleTree recipe called for using a larger scoop.

Being the geek that I am, I actually weighted each portion – 36 grams! The reason for weighing the dough was to ensure that each of the cookies was roughly the same size!

Once I had the dough portions, I rolled each piece into a ball, and flattened it to about ½-inch with damp fingers.

I popped the cookies into a preheated 300°F oven for about 18 minutes. After 18 minutes, the edges of the cookies were golden brown and the center was still soft.

I removed the cookies from the oven and per the DoubleTree recipe allowed them to cool on the baking sheet for about an hour. I’m not really sure that this was necessary, but oh well! 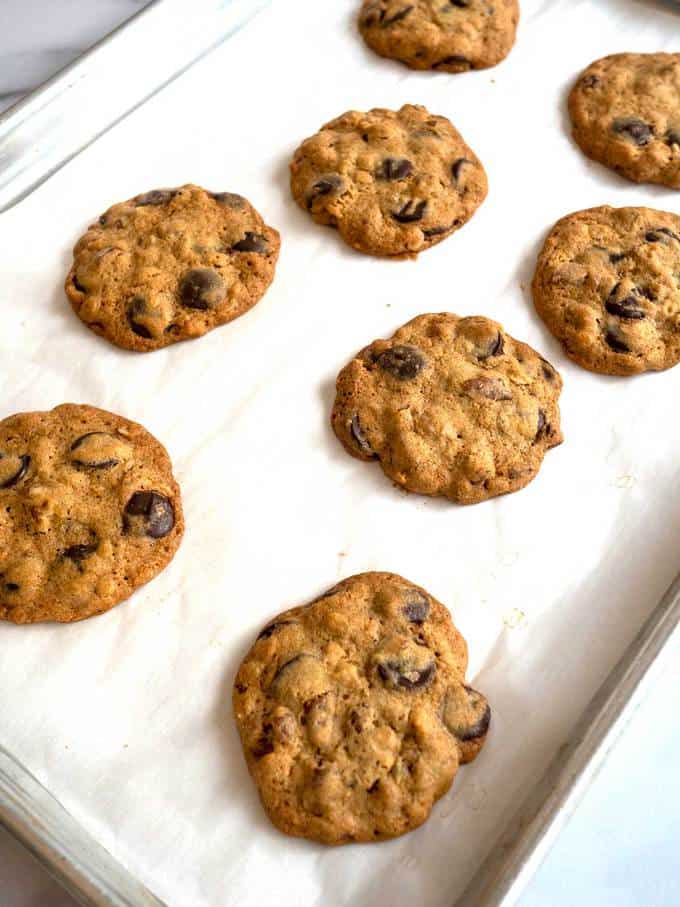 I ended up with 3 ½ dozen of amazing chocolate chip cookies. They were crispy crunchy around the edges with soft centers. Every bite was full of luscious chocolate and toasted pecans. Yum! 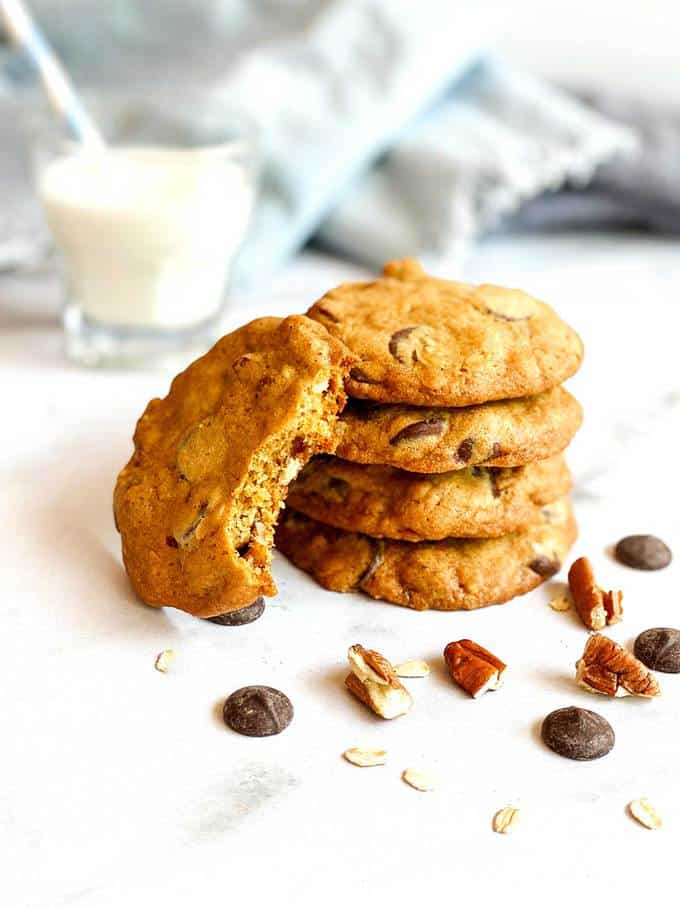 I recreated the DoubleTree Chocolate Chip recipe below. However, I did a few things a bit differently:

I hope you liked this recipe for DoubleTree Chocolate Chip Cookies as much as I do. If so, please consider rating it and leaving a comment. Also, if you’d like to receive notifications of new posts by email, enter your email address in the Subscribe box.