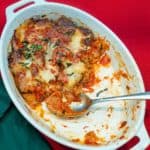 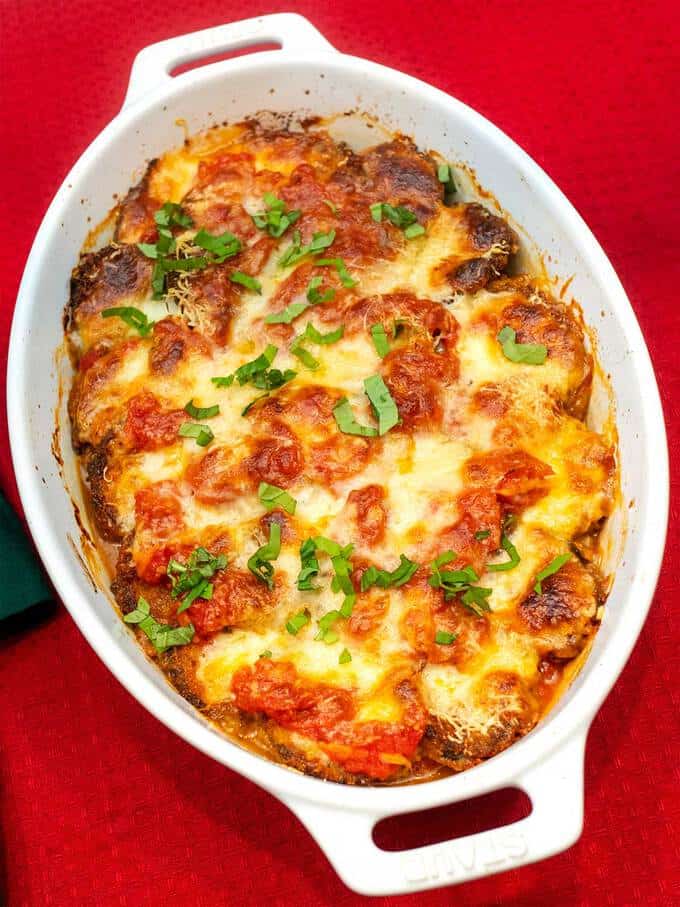 When my brother asked me if I wanted some eggplant, I jumped and the chance. I’ve been wanting to make Eggplant Parmesan for some time, and this presented the perfect opportunity. As an added bonus, he also gave me some delicious fresh basil which I used in this dish!

One of the key ingredients in Eggplant Parmesan is marinara sauce. I could have purchased some ready-made marinara sauce at the store. However, it’s so easy to make my own that I went that route. For my simple marinara sauce, I used canned whole San Marzano tomatoes, olive oil, fresh garlic, Kosher salt, and some of my brother’s basil. 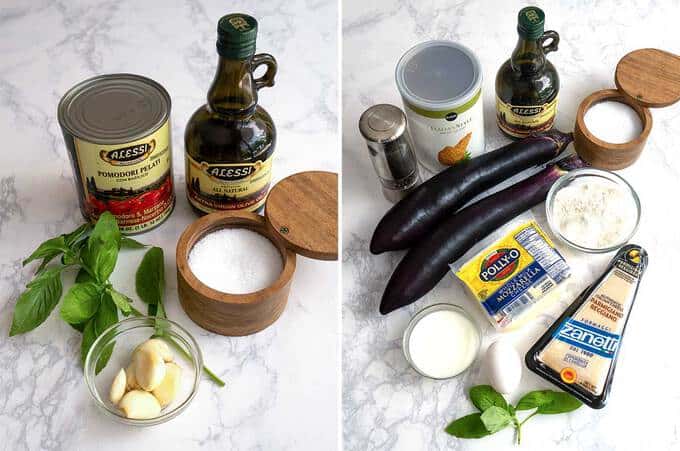 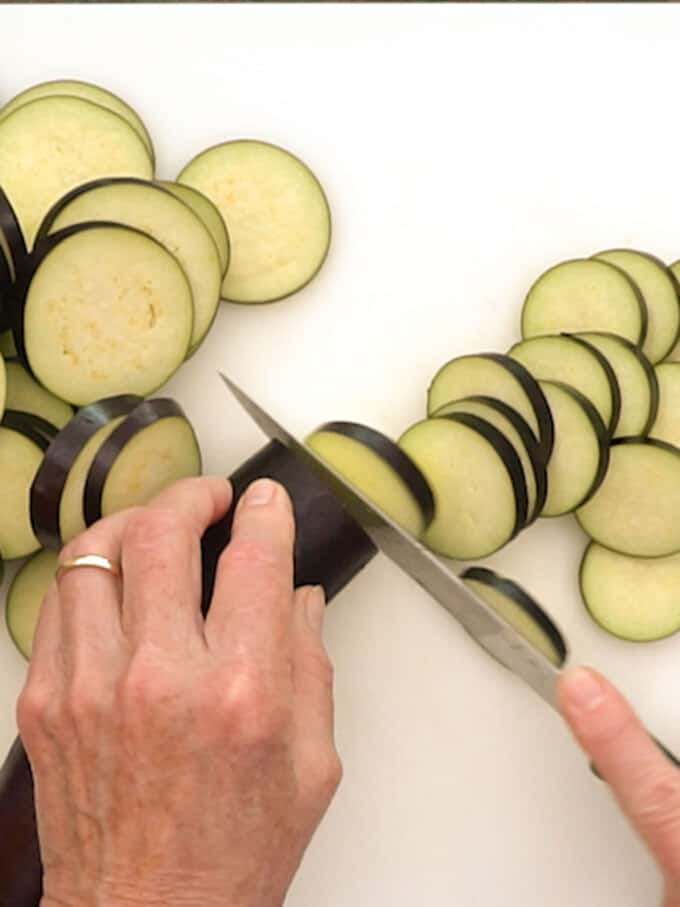 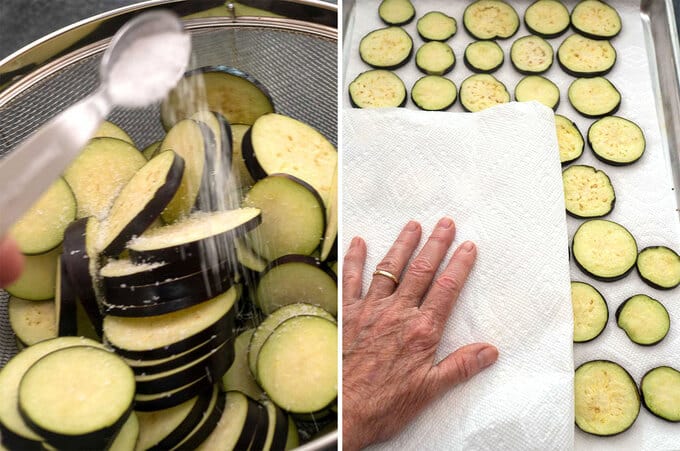 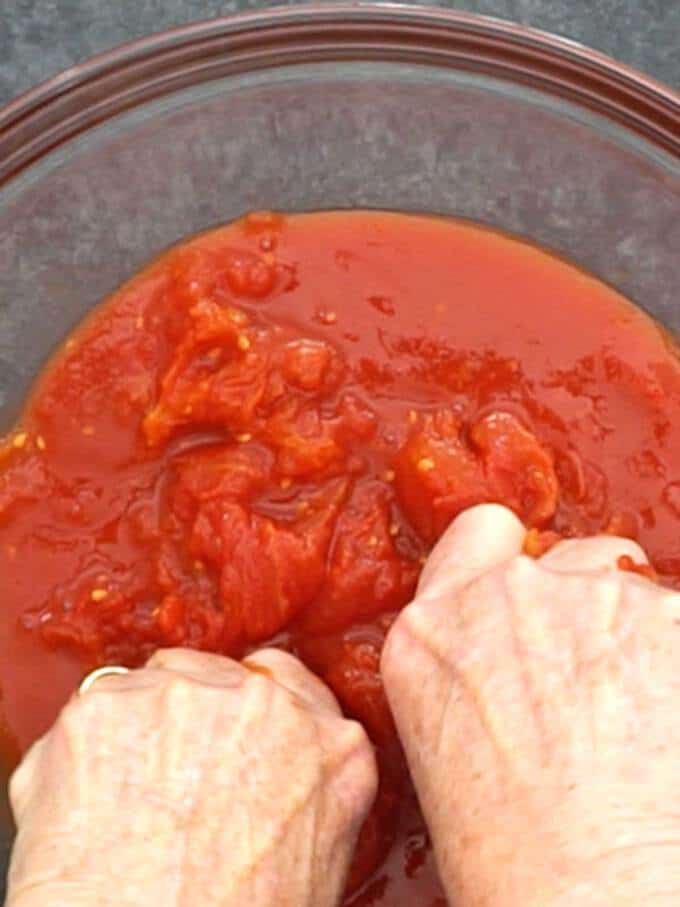 Next, I added the garlic, which I had slivered, to a skillet with olive oil heated over medium heat. I cooked the garlic for several minutes, making sure that it didn’t brown. Then, I added the tomatoes, some salt and a sprig of fresh basil. After the basil wilted, I stirred it into the tomato sauce. I let the marinara sauce cook over medium heat for about 15 minutes until it was nicely thickened. That’s it! 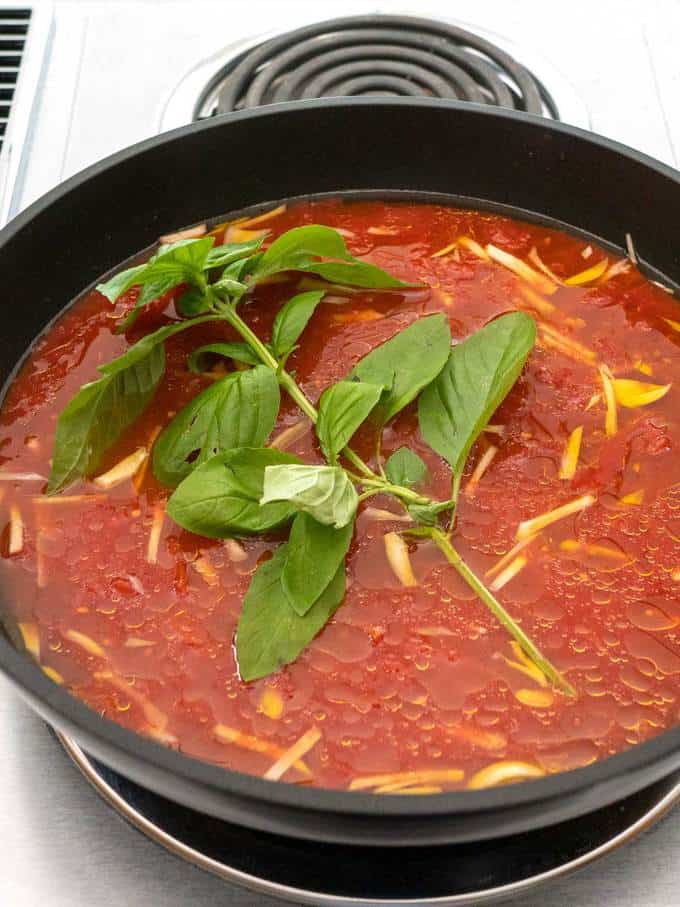 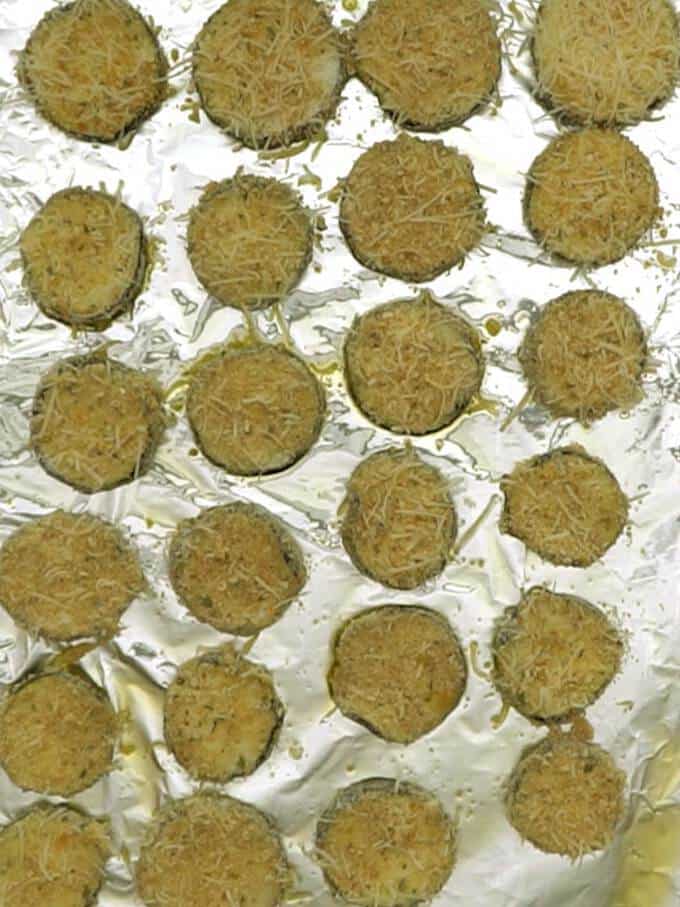 I popped the breaded eggplant into a preheated 425° F oven for about 15 minutes. After 15 minutes, the eggplant was golden brown and crispy. I actually could have stopped there because the crispy eggplant rounds were delicious on their own!

With all of the components of the Eggplant Parmesan ready, the time had come to put it all together. First, I spread some marinara sauce in the bottom of a greased casserole dish. Then, I placed a layer of half of the crispy eggplant rounds. Next, I sprinkled on half of the mozzarella cheese. For the second layer, I started with some marinara sauce. Then, I layered the rest of the crispy eggplant rounds and sprinkled on the rest of the mozzarella cheese. Finally, I spooned on some additional marinara sauce and sprinkled on some freshly grated Parmesan cheese. 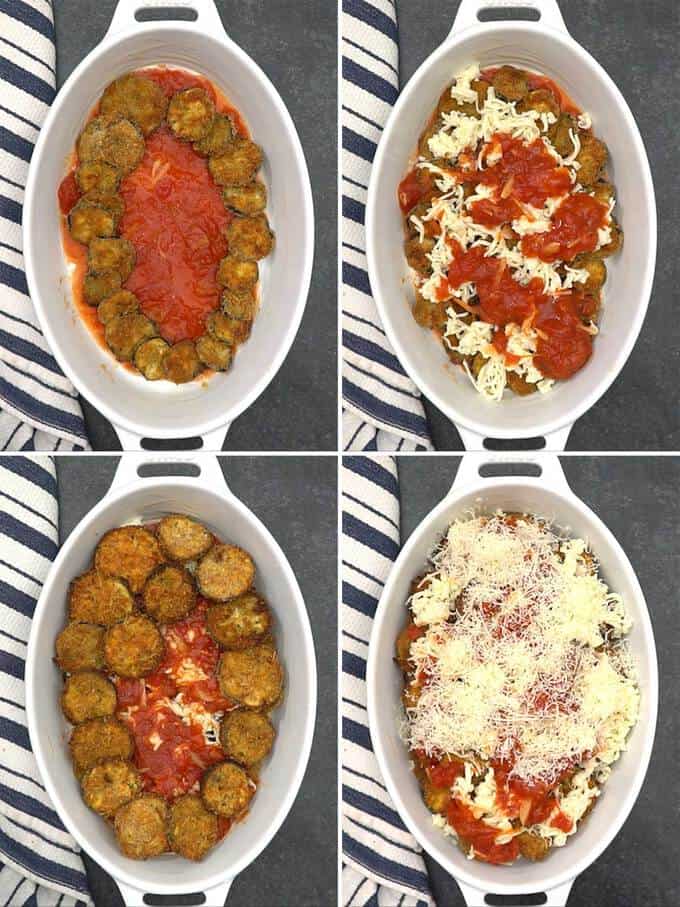 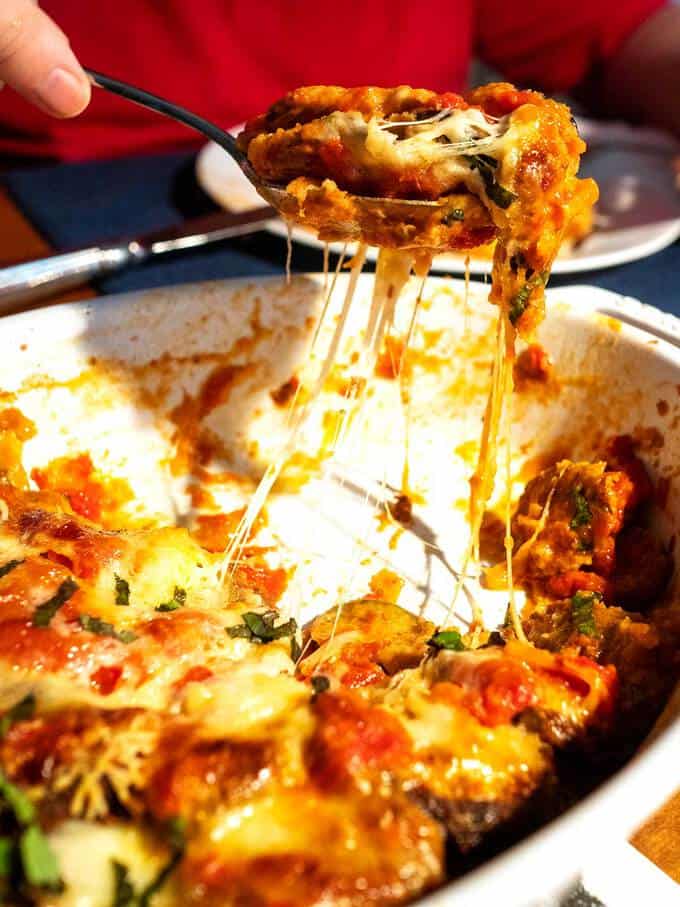 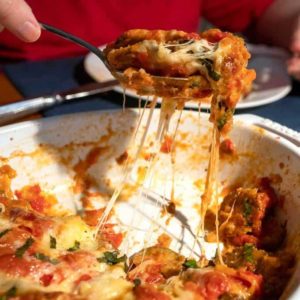