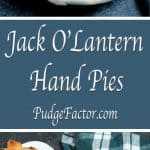 For a quick bite during the hectic Halloween season, grab one of these delicious Jack O’Lantern Ham and Swiss Hand Pies. They are way easier to make than carving a pumpkin, and taste as good as they look! 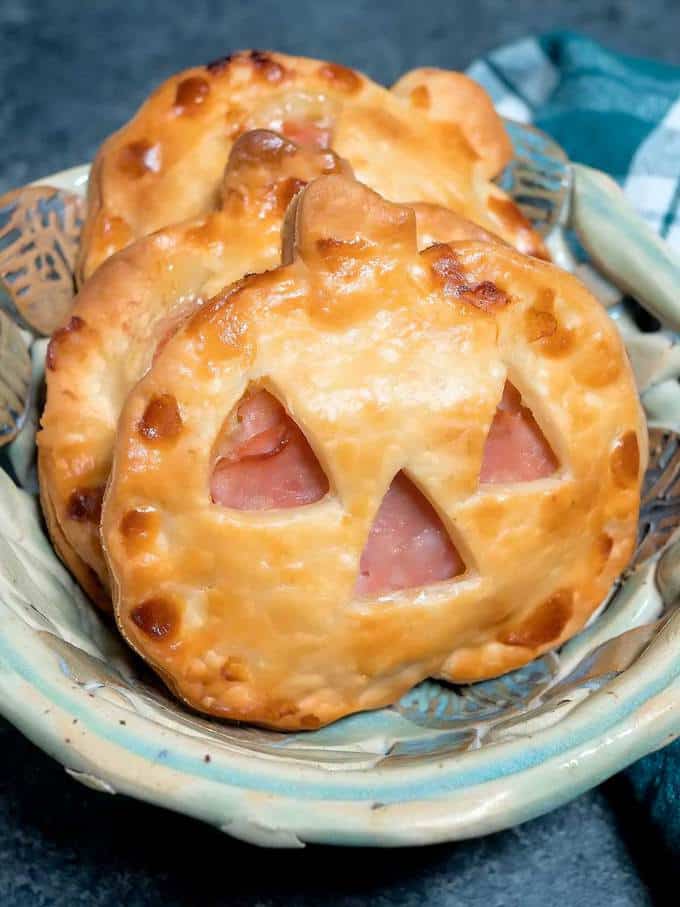 The ingredients for the Jack O’Lantern Ham and Swiss Hand Pie include store-bought pie crust, Dijon mustard, Swiss cheese, ham, and an egg for the egg wash. For variety, you could also use Brie in place of the Swiss cheese. 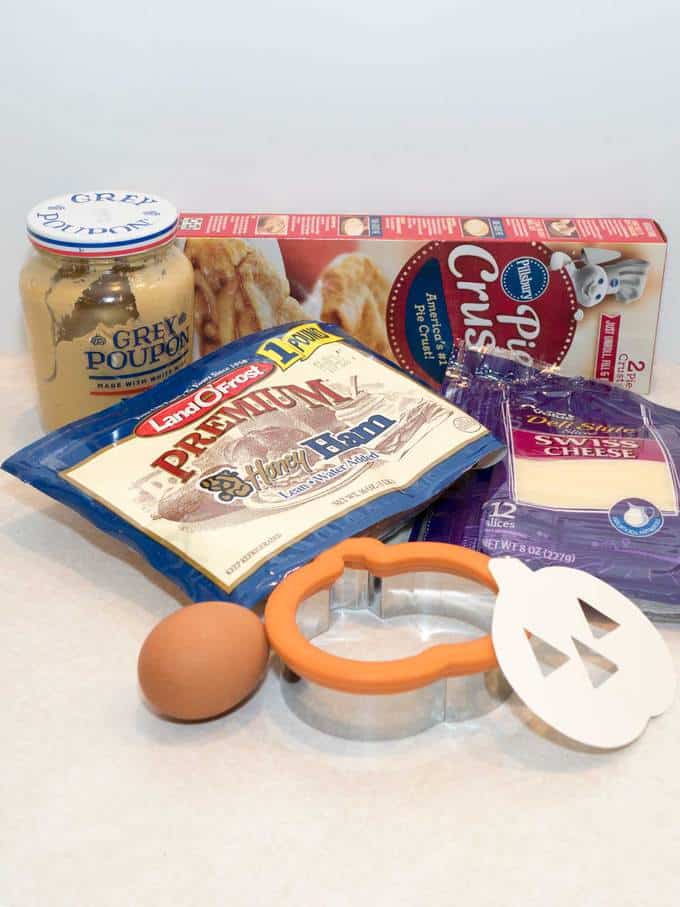 I started by unrolling one of the pie crusts onto a floured surface, and used a Wilton Pumpkin cookie cutter to cut the shapes. I was able to get seven pumpkins from one crust. I repeated the process with the other pie crust. Previously, I had made a template with cut-outs of the eyes and nose on card stock, so I used that as a pattern to cut out the eyes and noses on half of the pumpkins with a sharp knife. 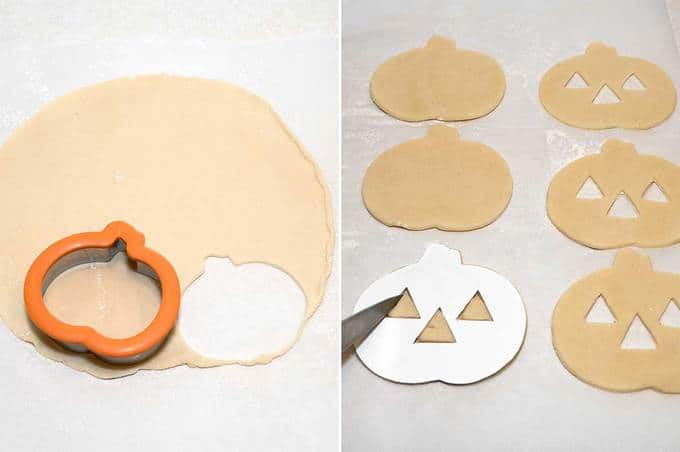 I spread some mustard on the uncut side of one of pumpkin shapes, and topped that with some Swiss cheese and ham, making sure that I left space around the edge. Then, I put one of the cut pumpkin shapes on top, and pressed all around to produce a seal. 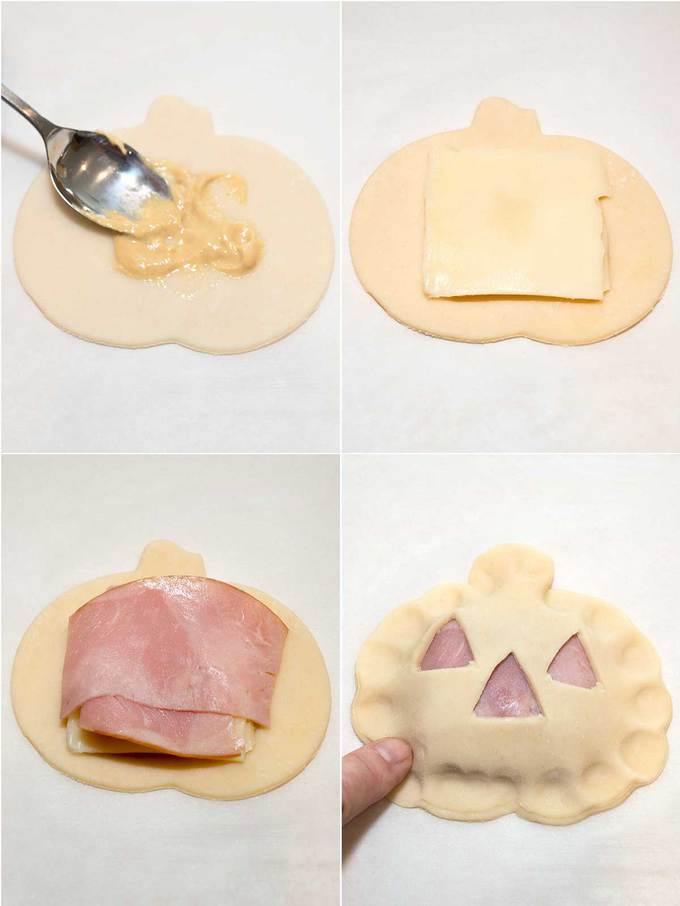 I brushed the tops with some egg wash and baked them at 425° F for 15 minutes. 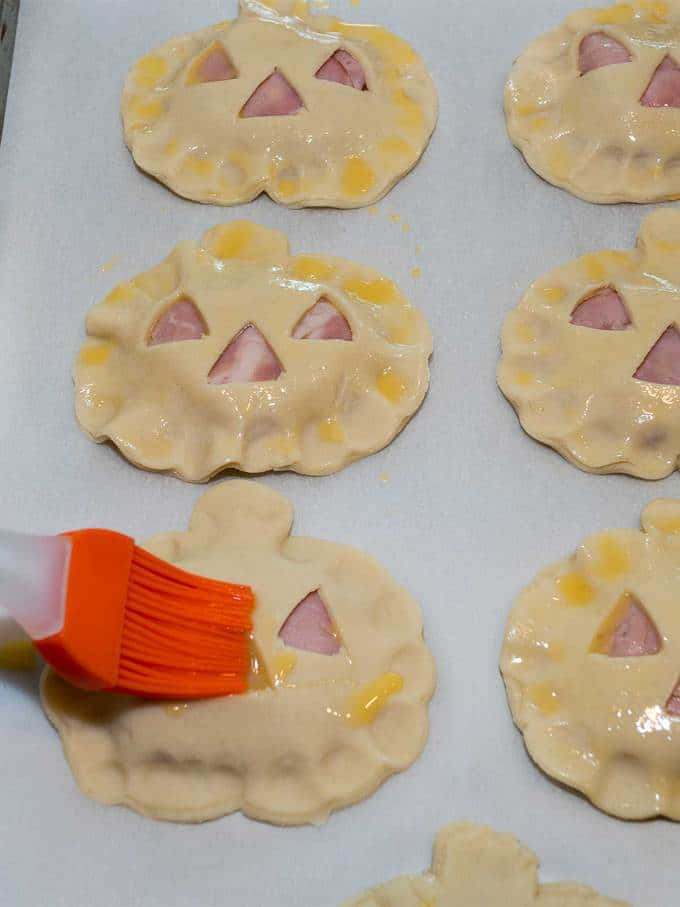 After 15 minutes, the Jack O’Lantern Ham and Swiss Hand Pies were a golden brown. I transferred them to a wire rack, and let them cool for about 5 minutes before sampling one of the morsels. They were crispy delicious. Yum! 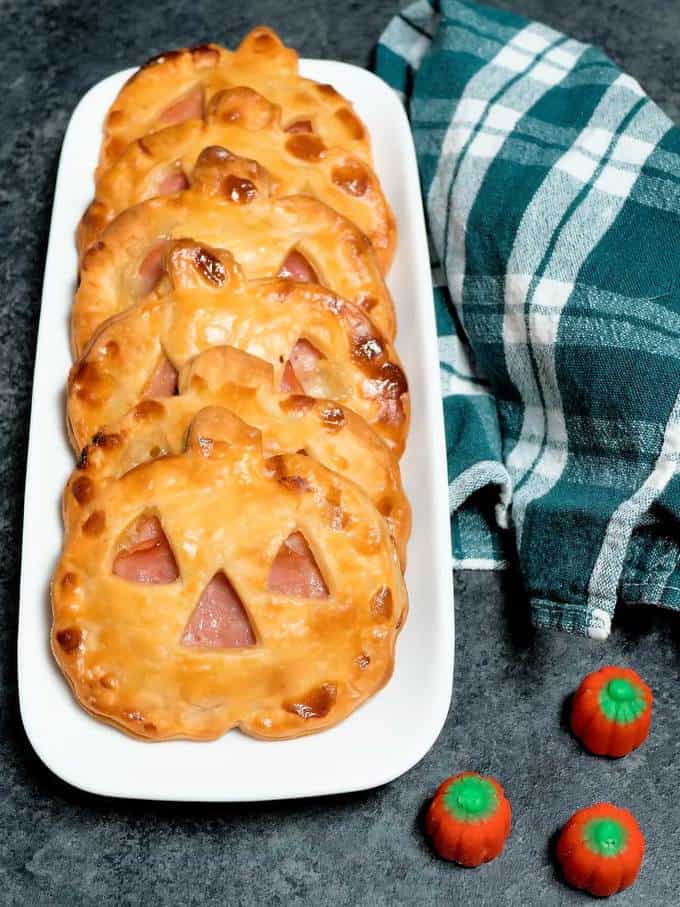 I hope you liked this recipe for Jack O’Lantern Ham and Swiss Hand Pies as much as I do. If so, please consider rating it and leaving a comment. Also, if you’d like to receive notifications of new posts by email, ever your email address in the Subscribe box. 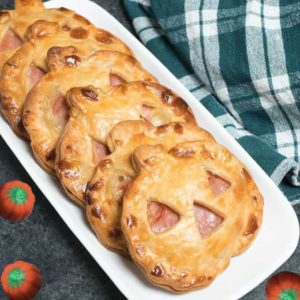 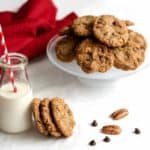 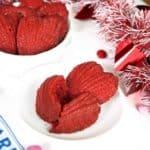 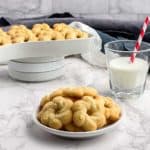 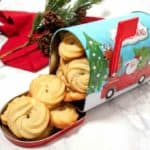