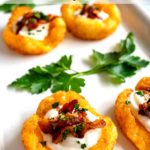 Loaded Crispy Crown Cups are crispy potato cups filled with your favorite loaded baked potato fixin’s. Crispy Crowns form the Cups that are topped with melted cheese, sour cream, and crumbled bacon. Sound amazing? Well they are! Be sure to make plenty because they disappear quickly. 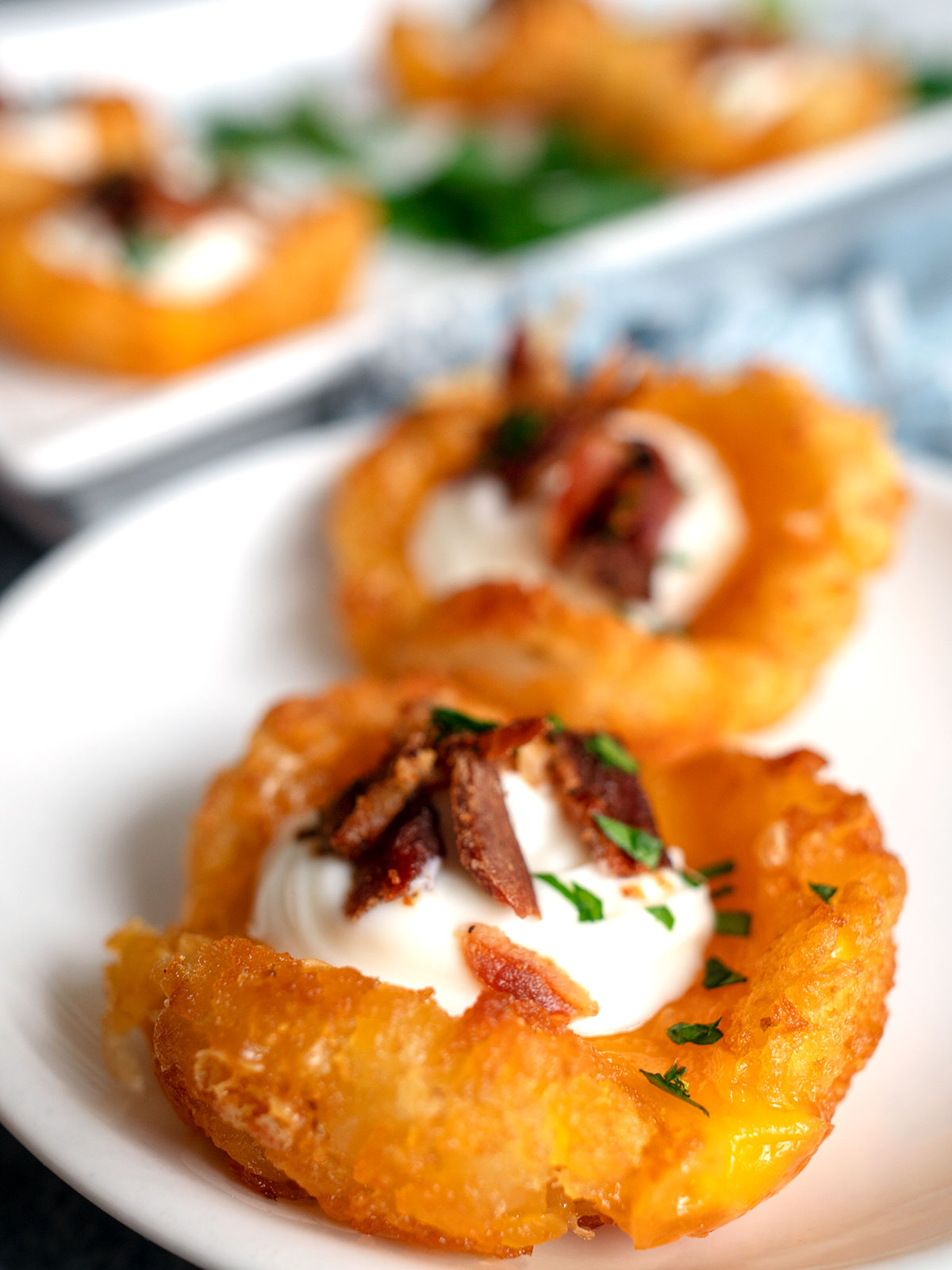 Wondering what Crispy Crowns are? Well, they similar to Tater Tots. However, rather than being barrel-shaped, the Crispy Crowns are shaped like a coin. They are about ¼-inch larger in diameter than a quarter and about ½-inch thick. We always bake ours to crispy perfection!

I used the following ingredients for this delicious appetizer: Golden Crispy Crowns, extra sharp cheddar cheese, sour cream, and bacon. You could also use Tater Tots here. However, the Cups will be a bit thicker. 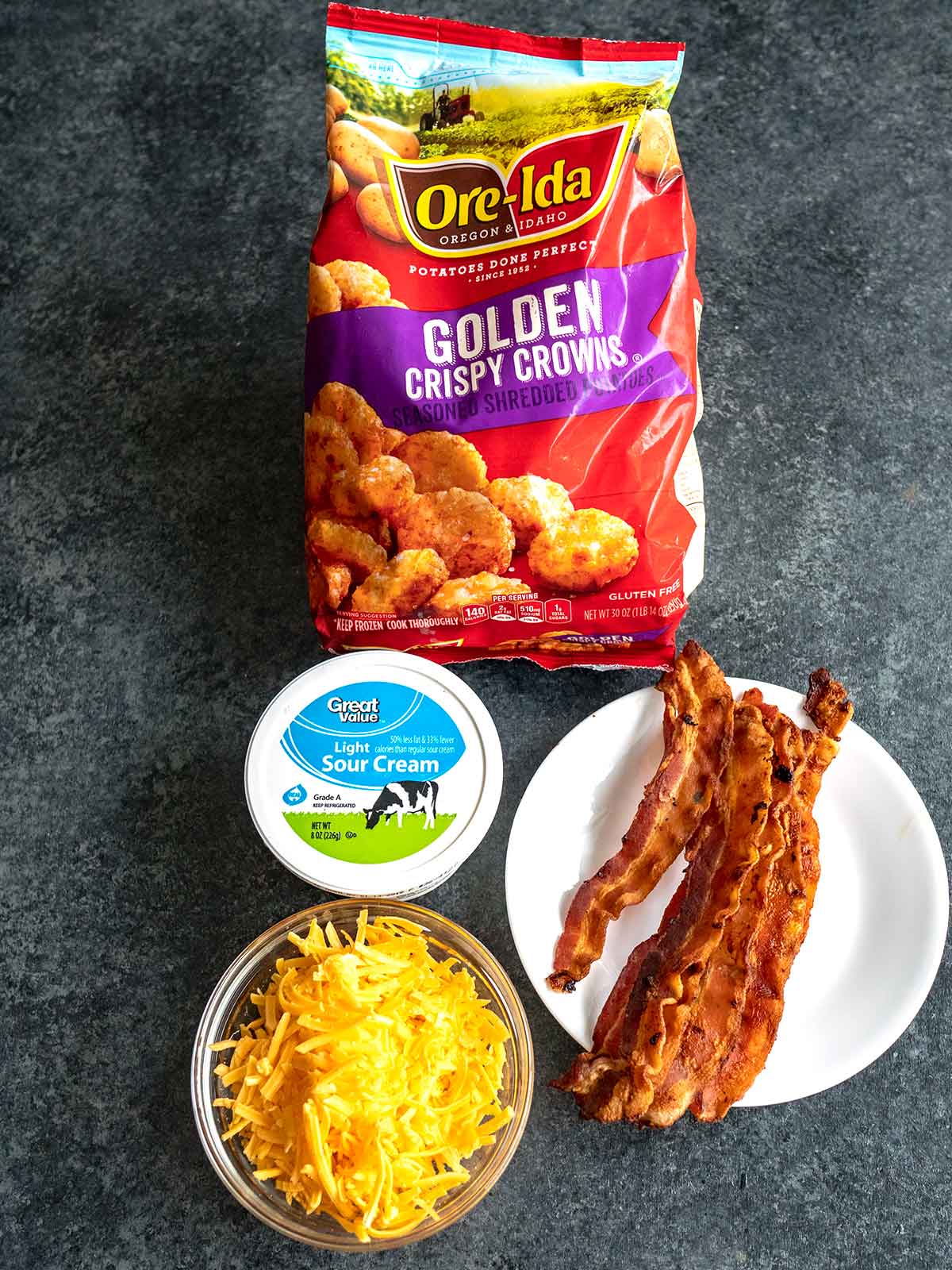 I started by putting three frozen Golden Crispy Crowns in each of the cups of a regular-sized muffin pan. I actually experimented with three, four, and five Crispy Crowns per muffin cup. While they all worked, both the Master Taster and I concluded that three was the optimal amount. The reason was that the flavor of the Cups was dominated by the Crispy Crowns when more than three were used. 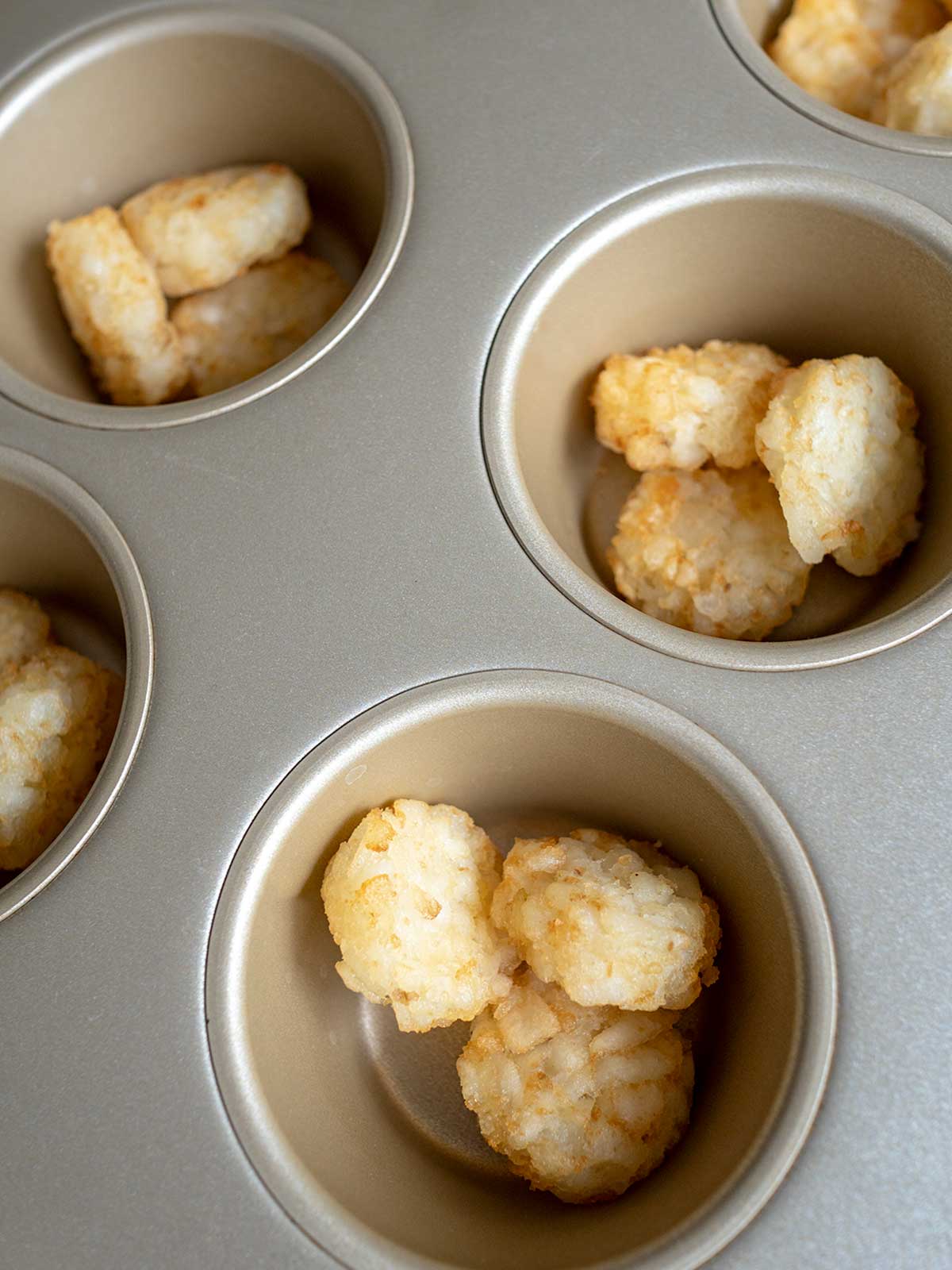 Then, I placed the muffin pan into a preheated 425° F oven for 10 minutes. After 10 minutes, I removed the pan from the oven. Using a buttered shot glass, I pressed the Crispy Crowns into a cup shape. 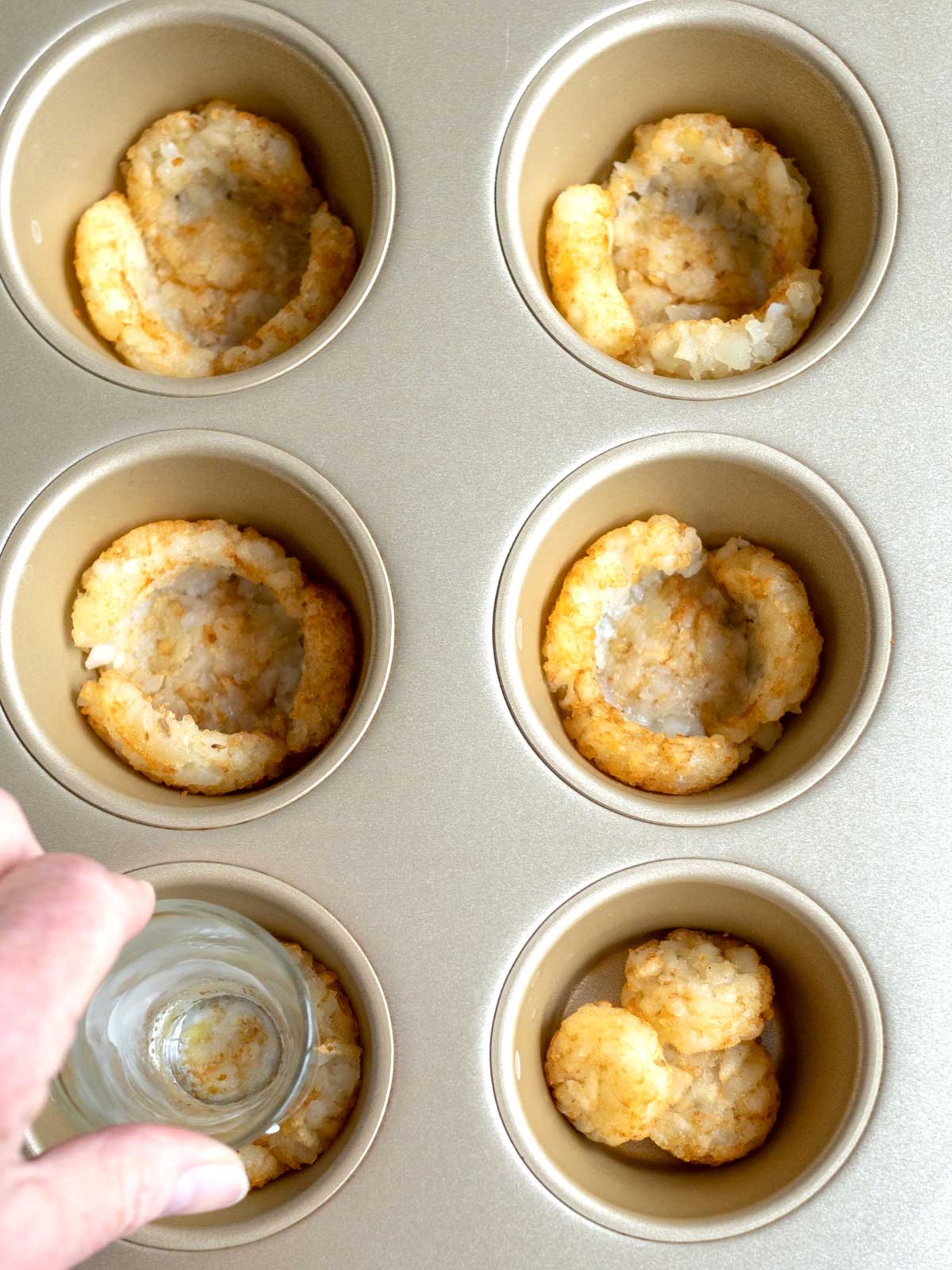 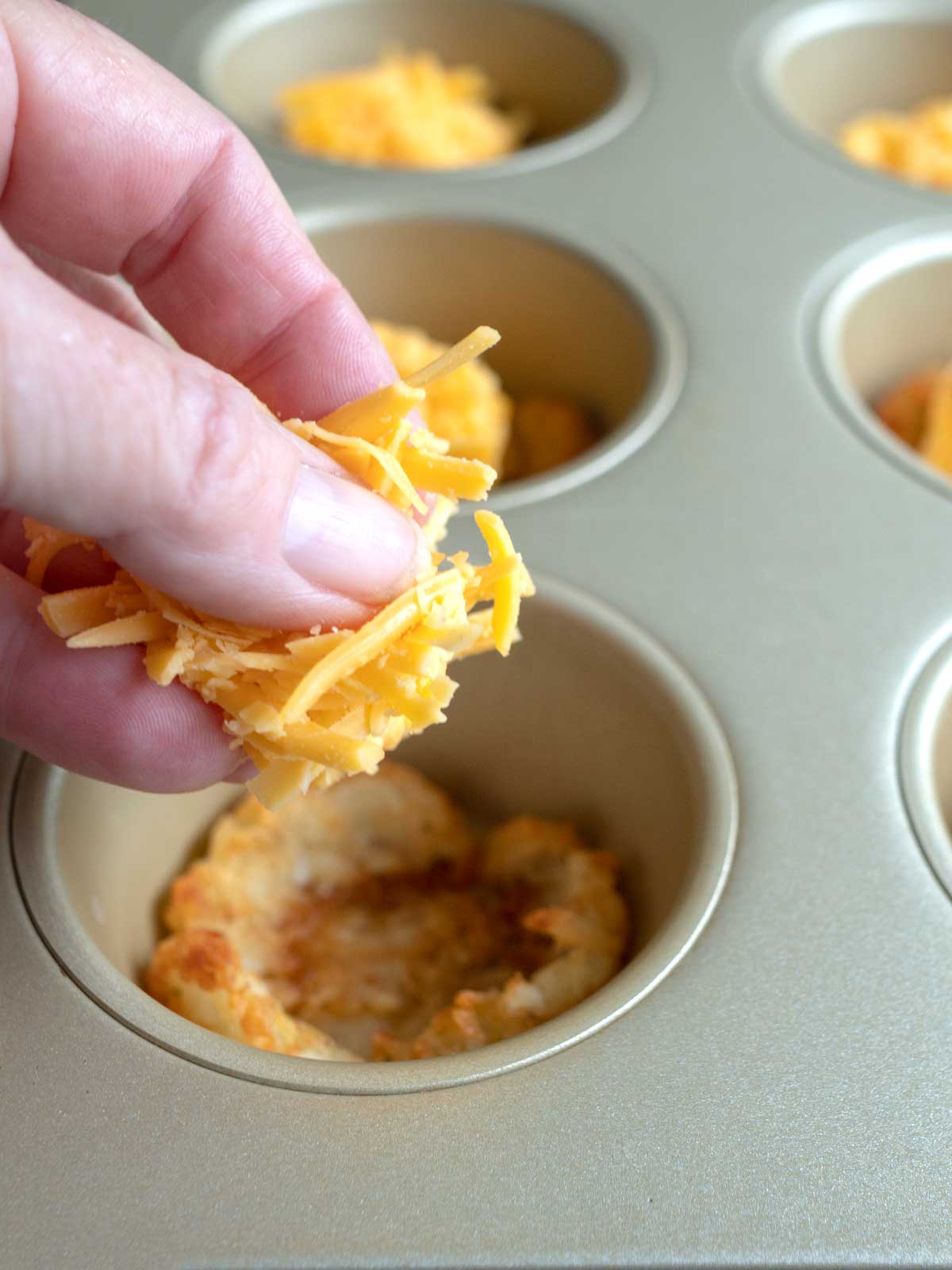 After 5 minutes, the cheese was melted. I removed the pan from the oven and let the Cups cool for about 10 minutes. Then, I ran a small knife around the outside of the Cups to loosen any melted cheese before removing them. I had to be a bit careful here because the Cups were still somewhat floppy. 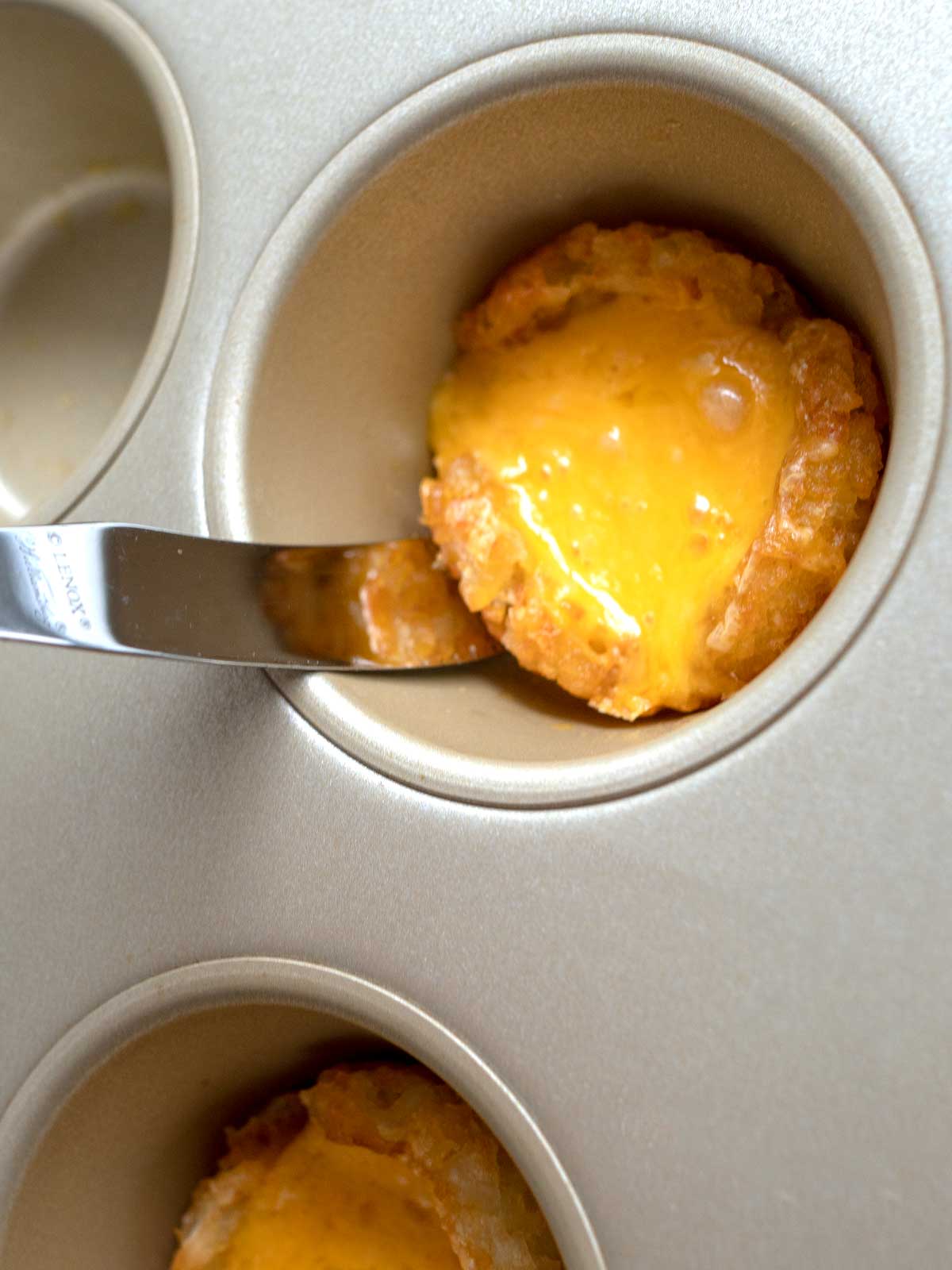 Initially, I placed the Crispy Crown Cups on paper towels to absorb excess grease. Then, I piped some sour cream onto the melted cheese using a Wilton #21 star tip. You could always use a teaspoon to add the sour cream if you don’t have piping equipment. 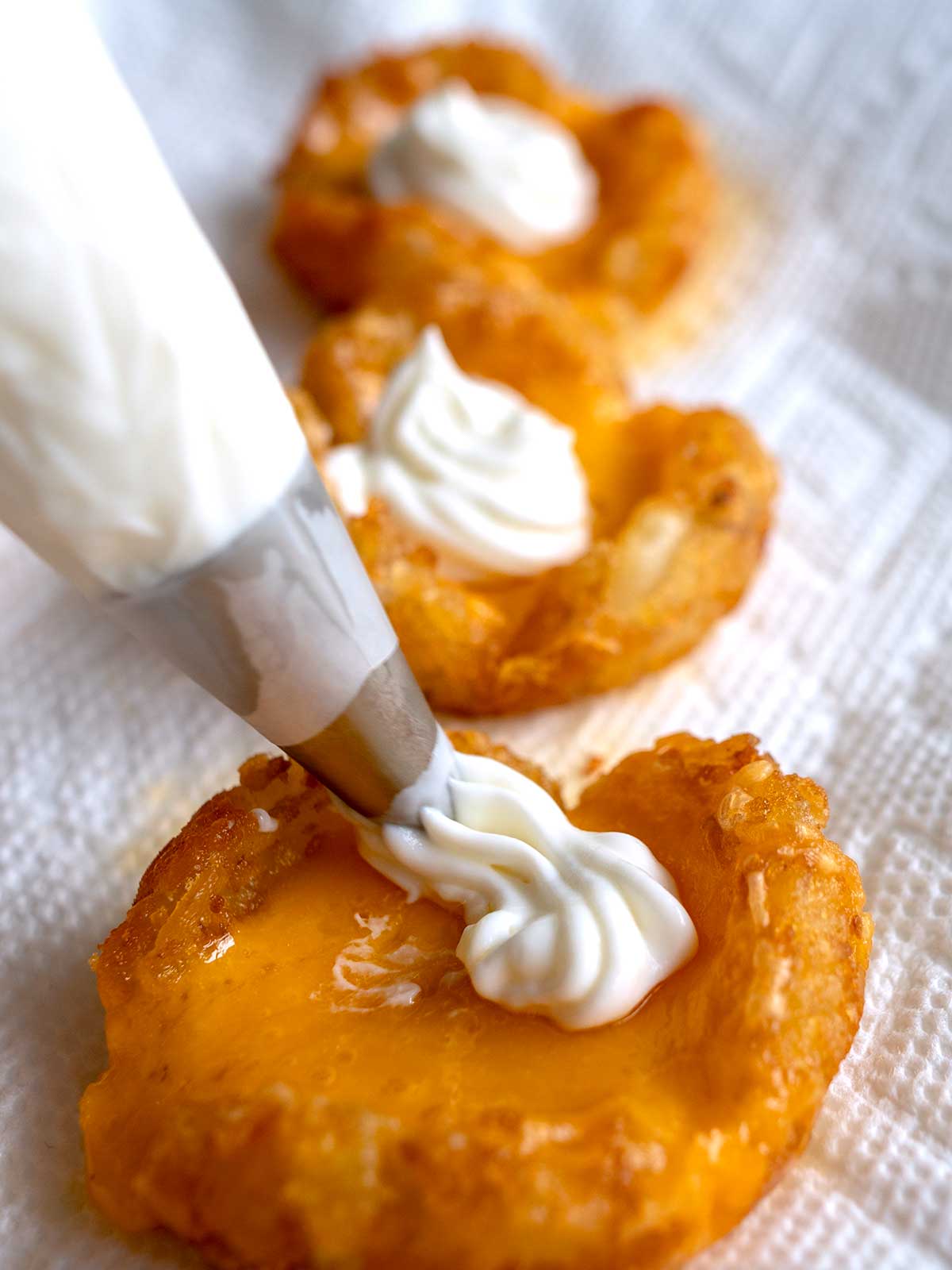 Finally, I sprinkled on some crumbled bacon and minced parsley. 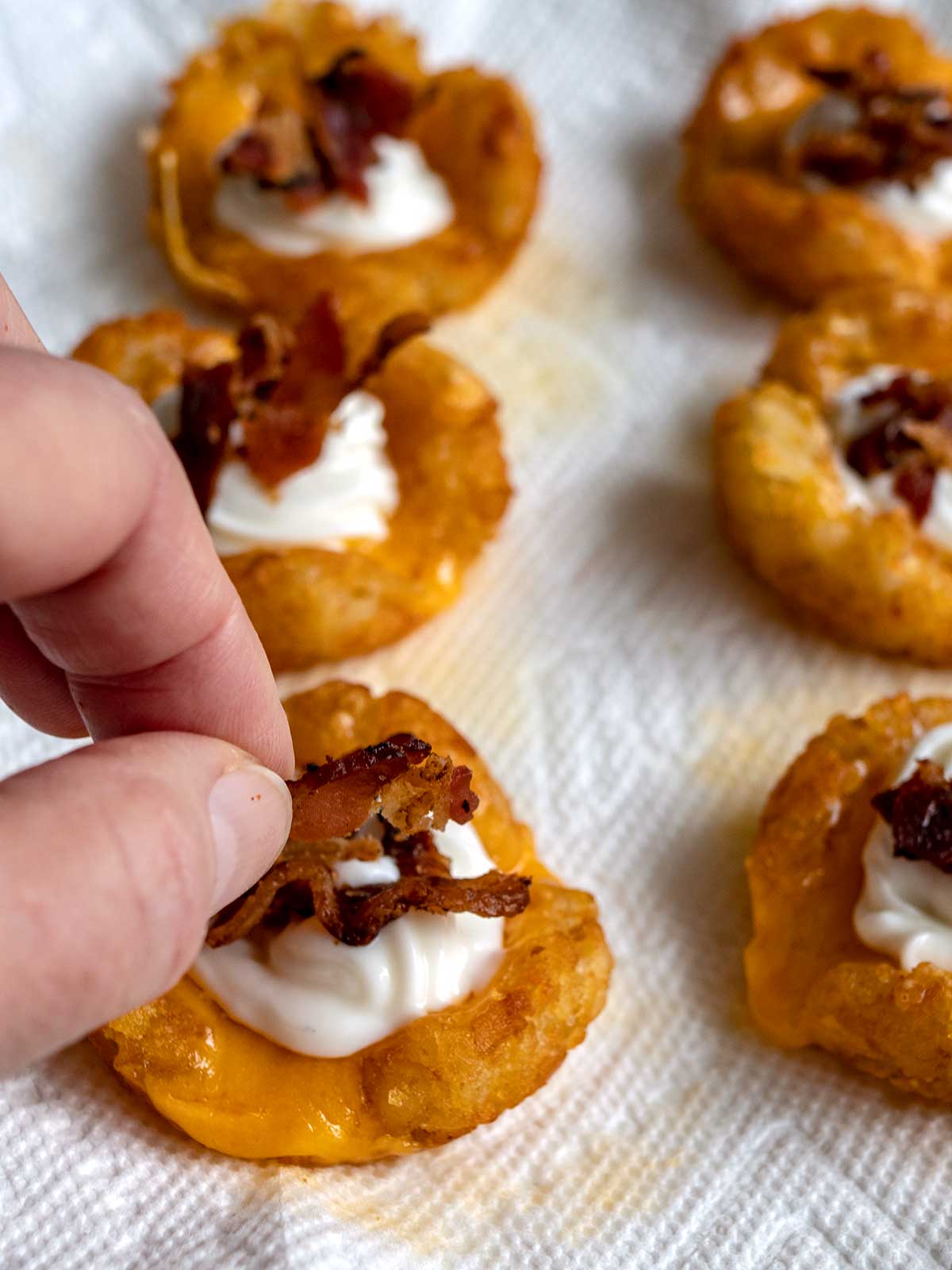 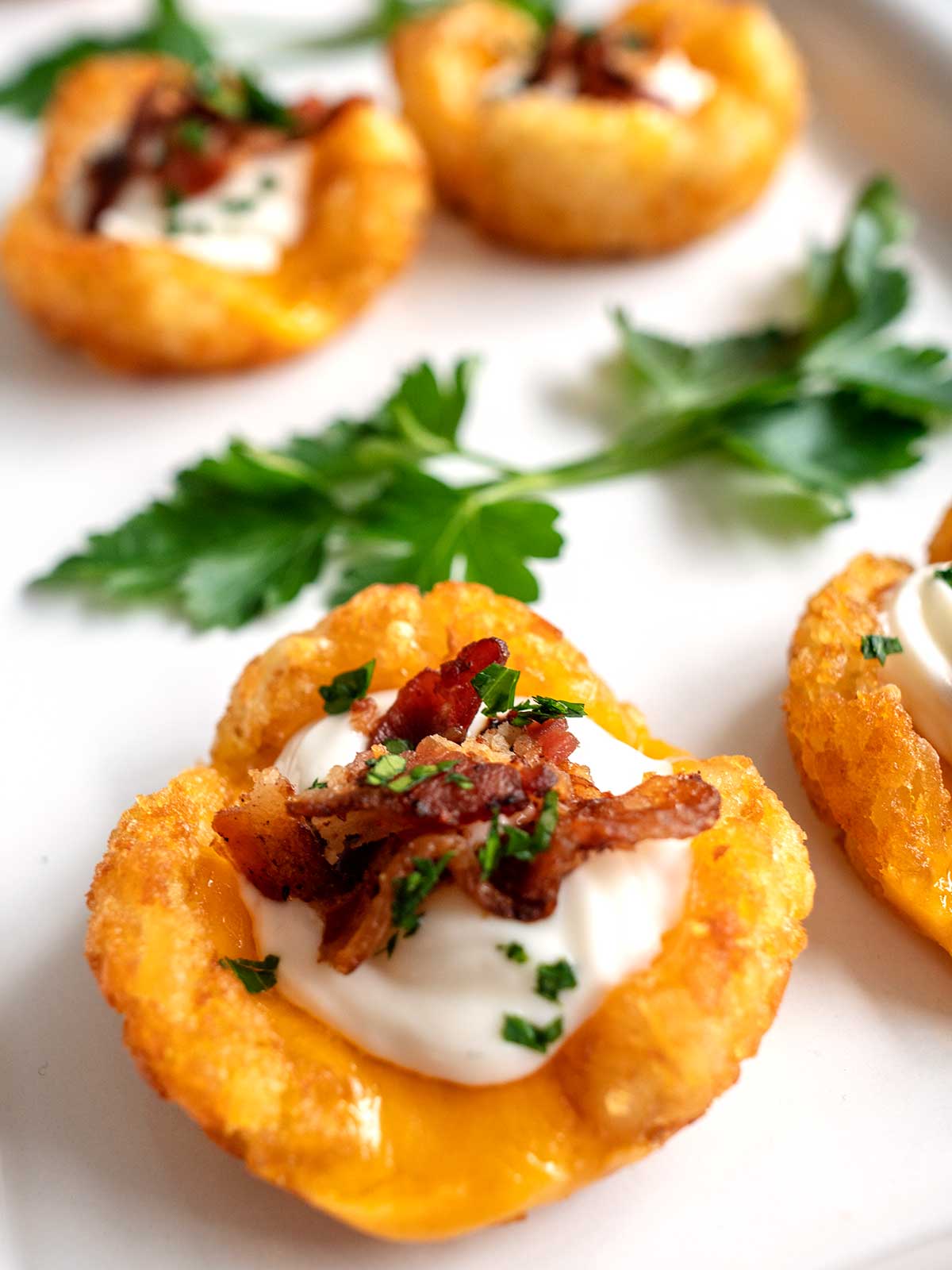 For other loaded potato recipes, check out the following: 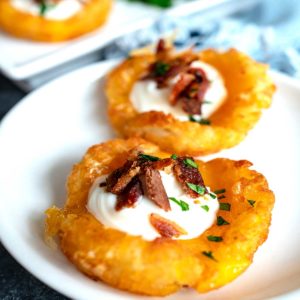