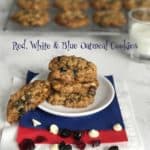 Red, White, and Blue Oatmeal cookies are the perfect patriotic delicacy for Memorial Day. They combine a tried and true oatmeal cookie recipe with flavorful morsels to produce a superb cookie. 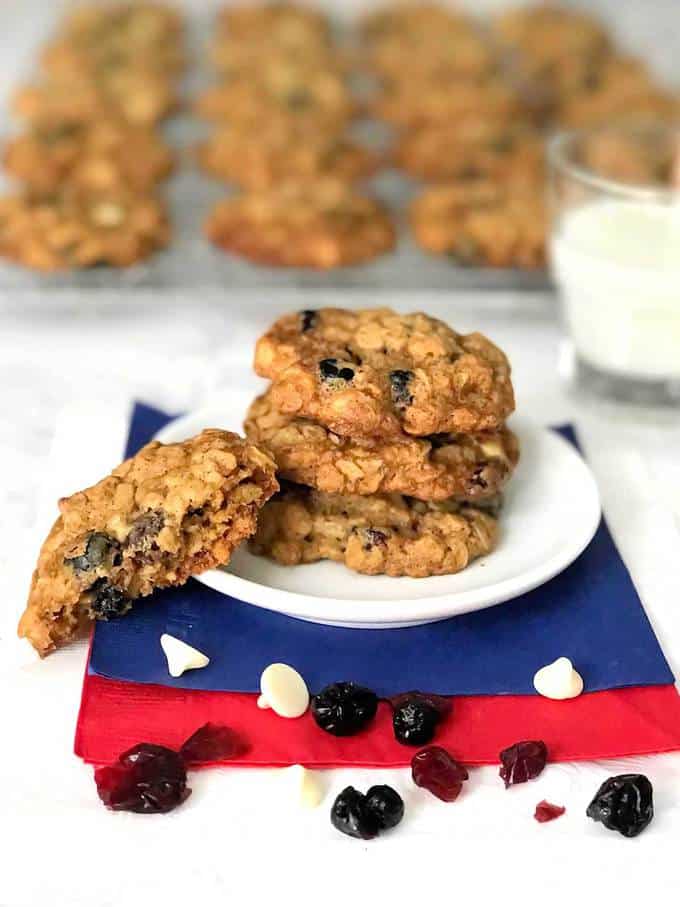 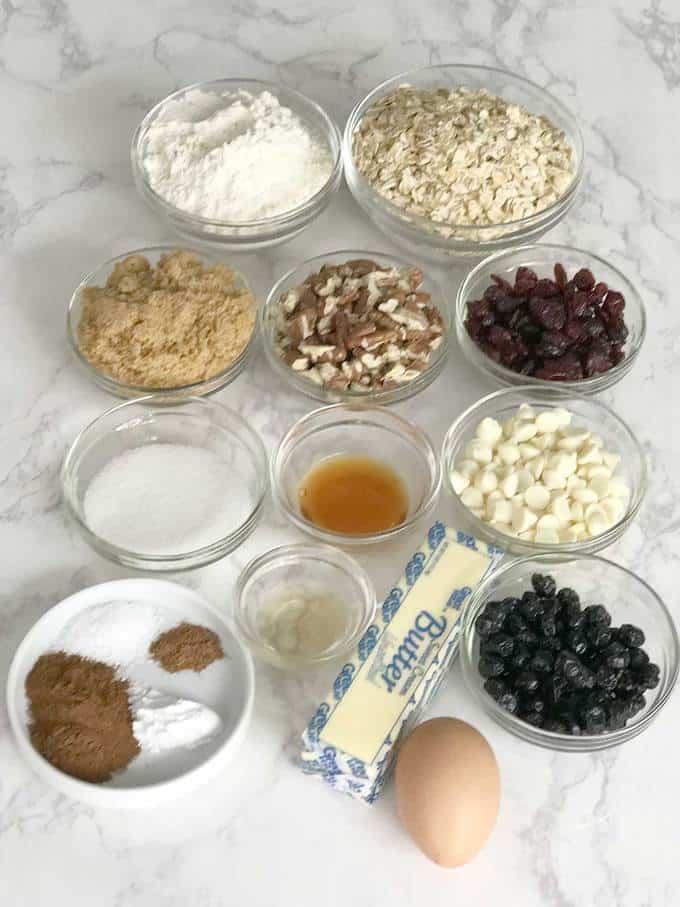 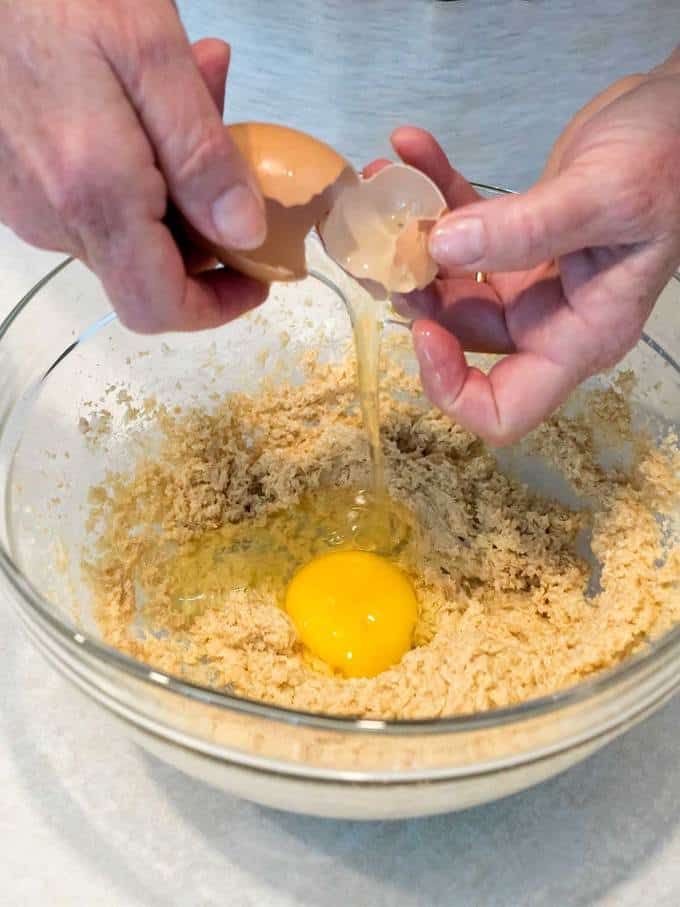 After that, I added the oatmeal, and stirred the mixture until everything was well combined. Finally, I added the toasted pecans, dried cranberries, white chocolate chips, and dried blueberries. I stirred the cookie dough to combine everything. 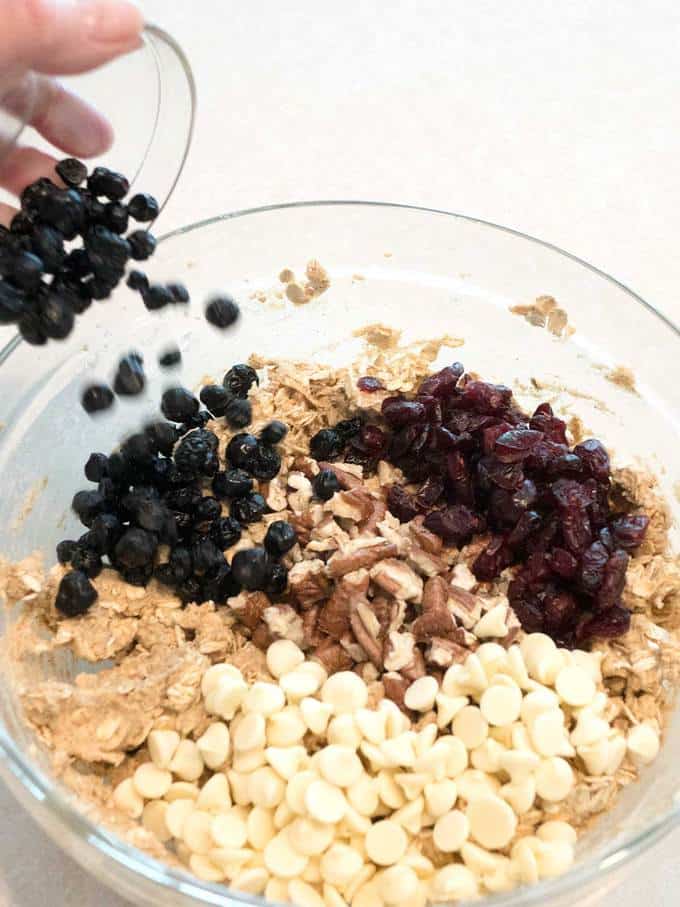 I used my 1¾-inch ice cream scoop to drop the cookies into a silicon lined baking sheet. Then, I took each dough ball, rolled it between my hands, and flattened it to about ½-inch. 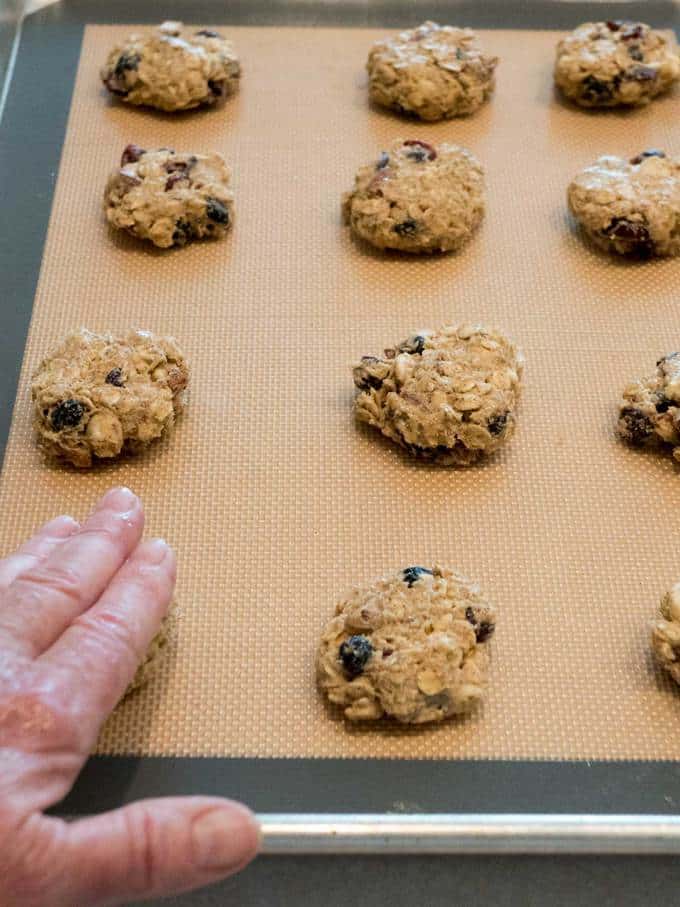 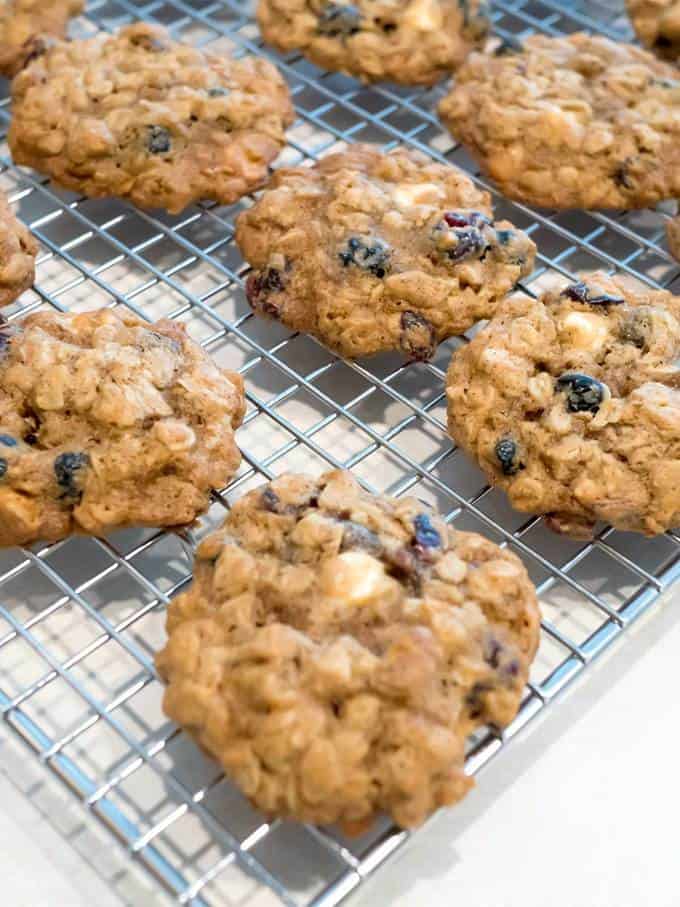 I ended up with 28 absolutely cookies. These cookies stay fresh for several days, if they last that long. Yum! 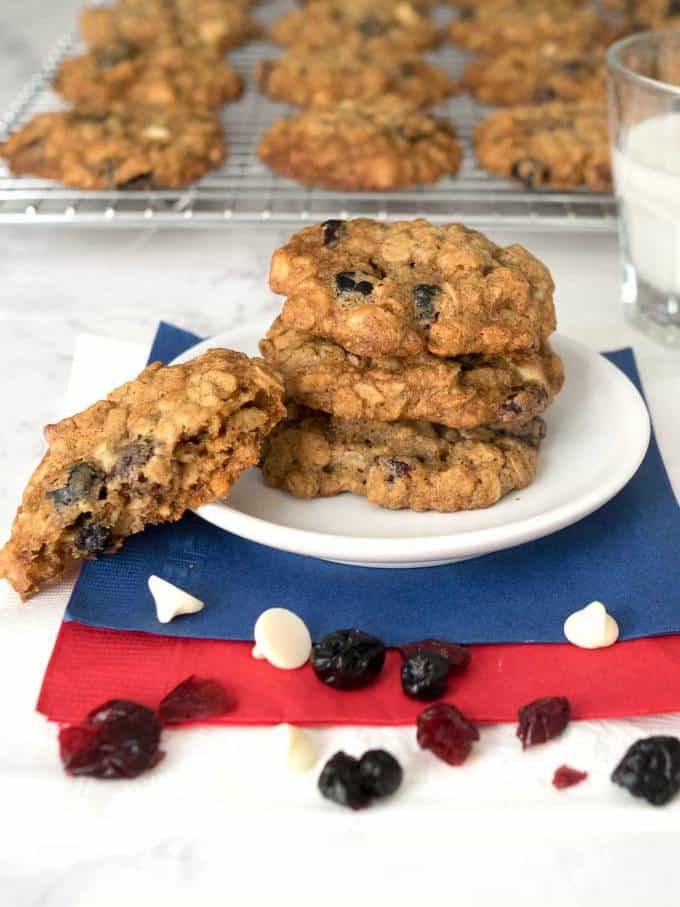