These sour dough baguettes are full of flavor with an incredible chew. They’re easy to make and will not disappoint! 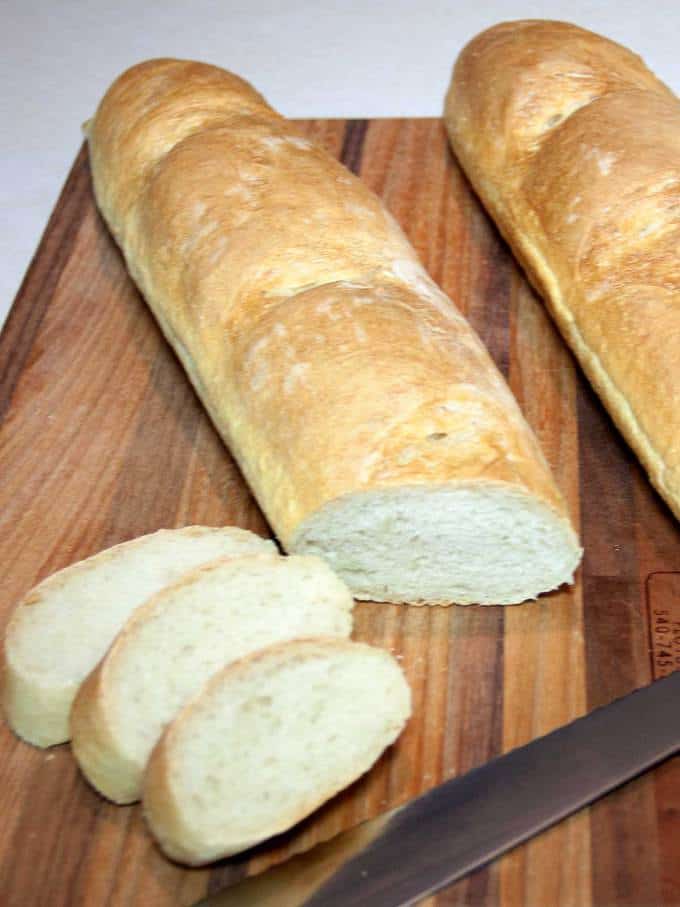 About a week ago, a King Arthur Flour catalog arrived. Susan was looking through it and asked if I would order several items for her. I decided that since I was ordering stuff for Susan, I’d add some things to the order for me.

One of the items that I added was Sourdough starter. I had made bread before with biga and/or poolish starters, but had never actually used a sourdough starter. When the order arrived, I was surprised by the size of the container.  I guess I had neglected to read that it was one-ounce. In addition to the starter, there were instructions on “feeding” it to get it ready for use. 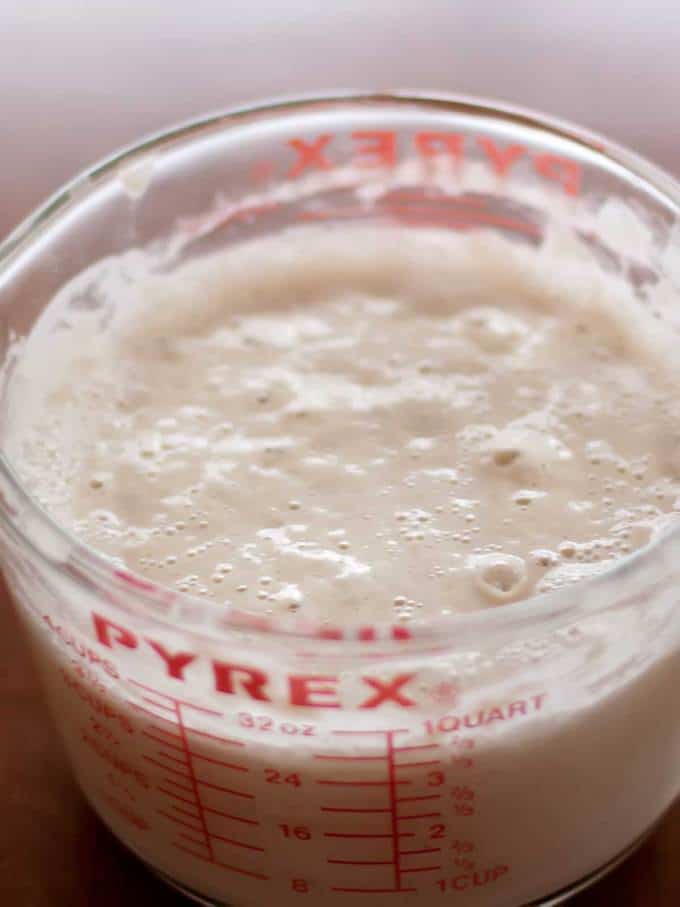 I discarded half of this. The reason given for throwing half of the mixture away was that the acidity needed to be brought to the proper level. Then, I “fed” the other half with unbleached all purpose flour and water. I left to sit for several more hours to again become thick, stringy and bubbly. Once again, I divided the mixture in half, with half either thrown away, or used for some other purpose. Then, I “fed” the other half, and left to sit loosely covered at room temperature for several more hours. At this point, I was ready to use the sourdough starter. Alternatively, I could have refrigerated it for a later use. If you don’t want to waste any of the starter, you can flour and water to each portion after you divide it. For this recipe you will end up with four portions if you. do this.

I decided to use the starter using the Sourdough Baguette recipe from the King Arthur Flour site as a starting point. A tip on the site indicated that the full amount of yeast should be used if the recipe was cut in half. I was a bit leery of this, but the result was great! 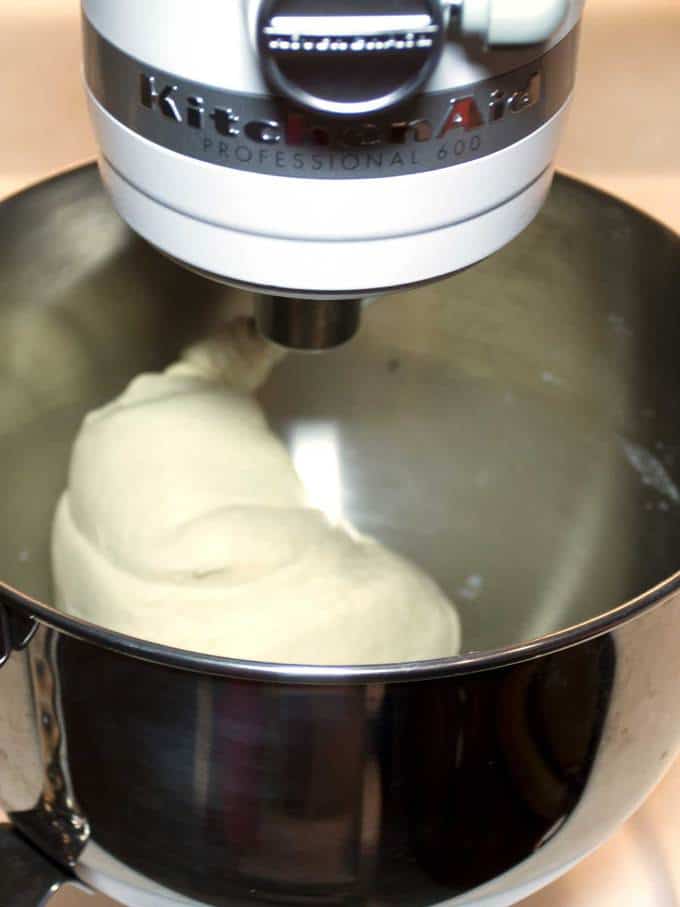 Once the kneading was finished, I transferred the baguette dough to a bowl that had been oiled and covered it with plastic wrap for the first rise. I always use my electric oven for the rising stage when making bread. To do this, I turn the oven on for one minute and 45 seconds to bring the temperature up just a bit, and then turn it off. 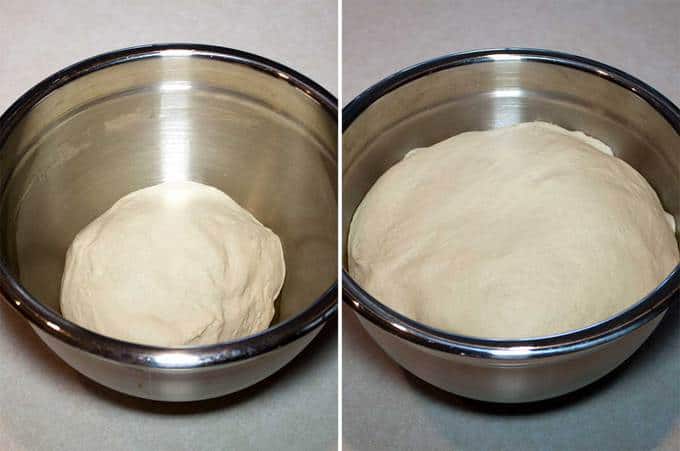 After the dough had risen, I punched it down on a lightly floured surface. Then, I cut it in half, shaped each half into a loaf, and put them on my perforated French bread pan.  I slit the baguette dough before it begins the second rise. I again heated the oven a bit, turned the heat off, put the dough in the oven on a large baking sheet, and left it for the second rising. After the dough had risen, I baked the bread at 425° F for 25 minutes until they were a golden brown. I ended up with two incredible baguettes. Yum! 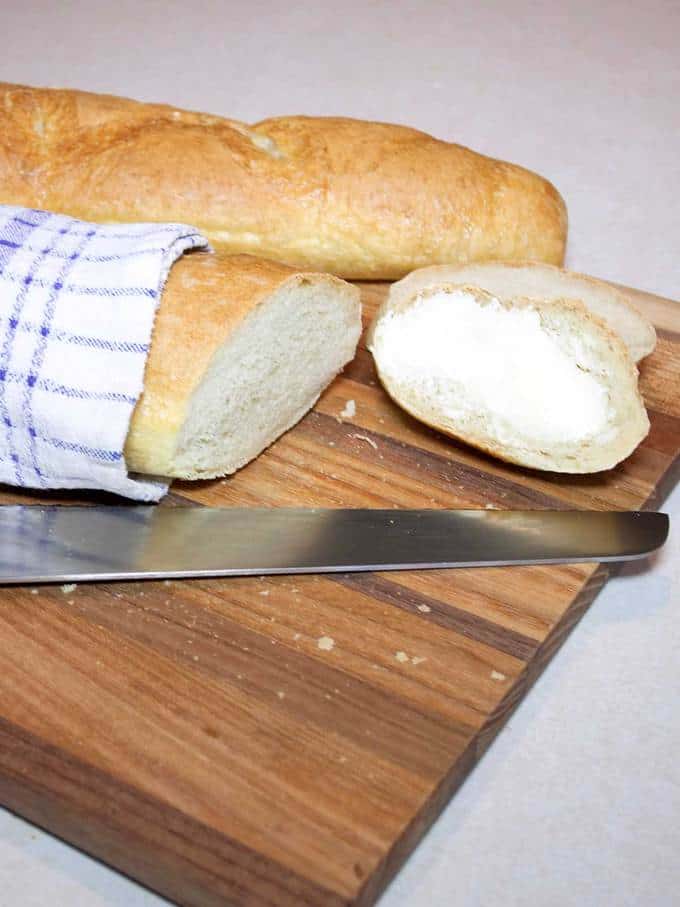 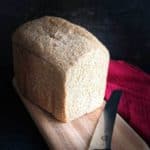 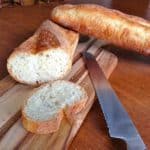 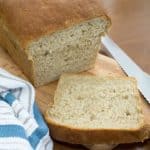 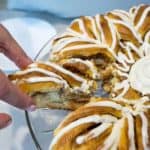