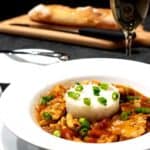 When you hear the term Étouffée, you are likely to think of the New Orleans delicacy of shellfish cooked in a roux based stew with vegetables and seasonings. For an incredible variation, you should try Chicken Étouffée. It’s the same roux based stew made with the “trinity” and served over rice. However, chicken is the star of the dish rather than crawfish or shrimp. Chicken Étouffée can be made ahead of time and reheated, making it the perfect Mardi Gras dish! 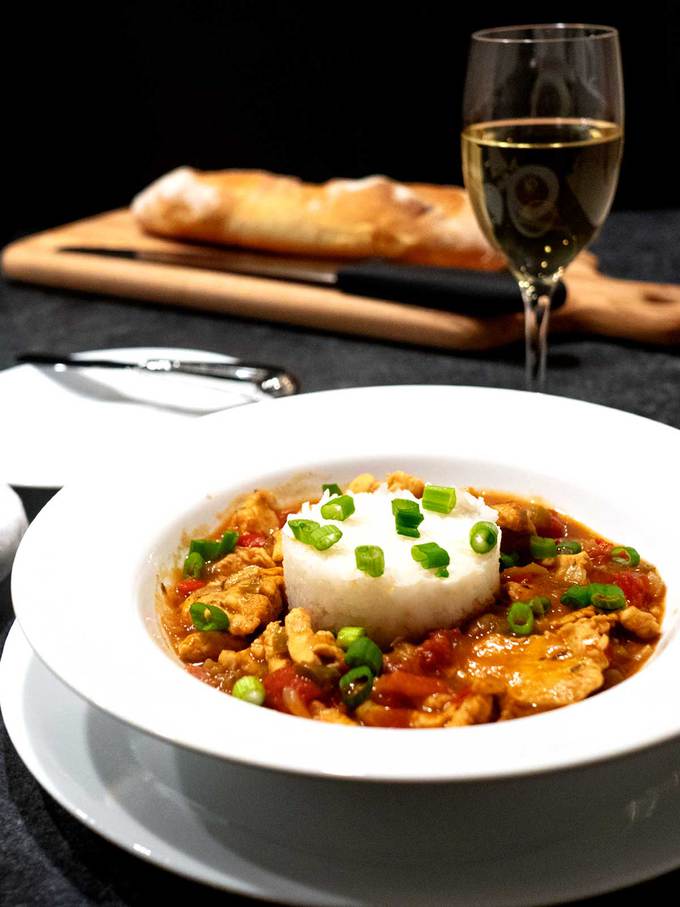 Is it Creole or Cajun? 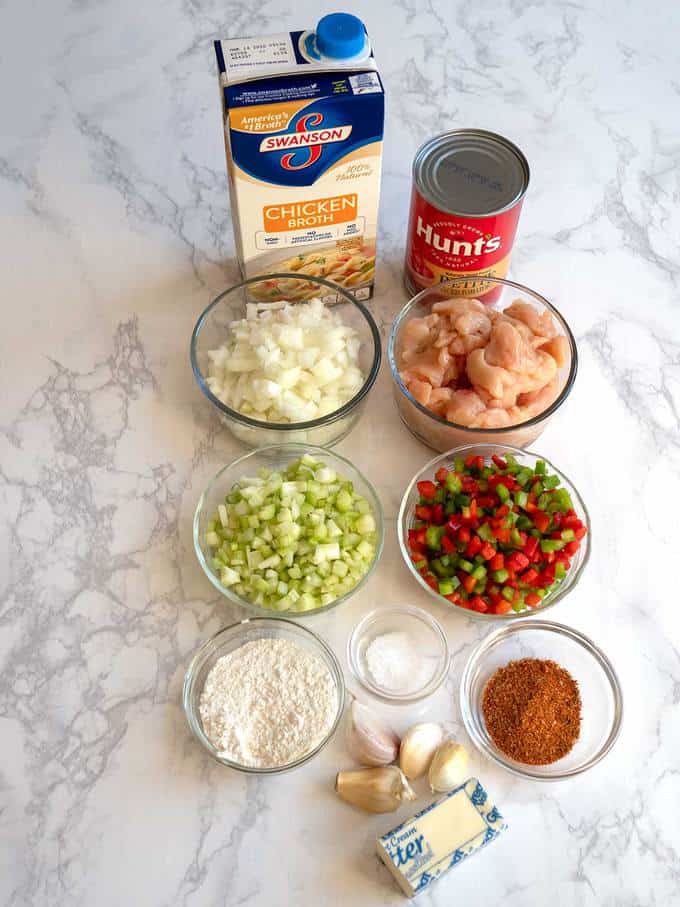 I started by trimming the chicken breasts of all fat and cutting them into bite-sized pieces. Then, I tossed the chicken in some Creole seasoning. After melting some butter in a large Dutch oven, I added the chicken and cooked it until it was no longer pink. This took about 5 minutes. When the chicken was done, I removed it from the Dutch oven and wiped the interior of the Dutch oven with a paper towel. 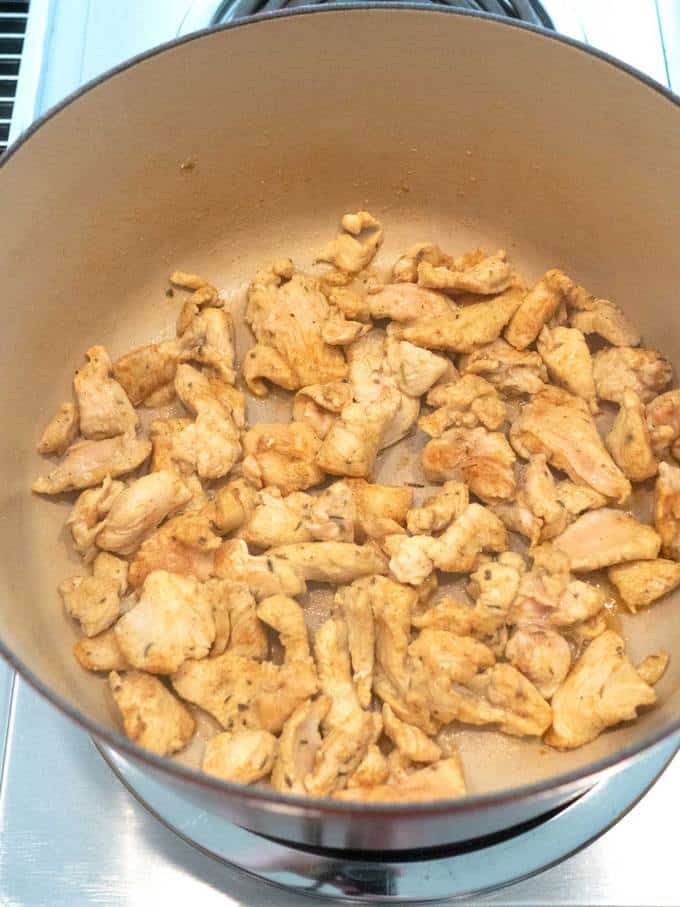 Next, I melted the rest of the butter over medium heat. When the butter was melted, I added the flour and stirred the mixture to form a roux. I cooked the roux, stirring constantly over medium heat until it was the color of peanut butter. This took about 7 minutes. 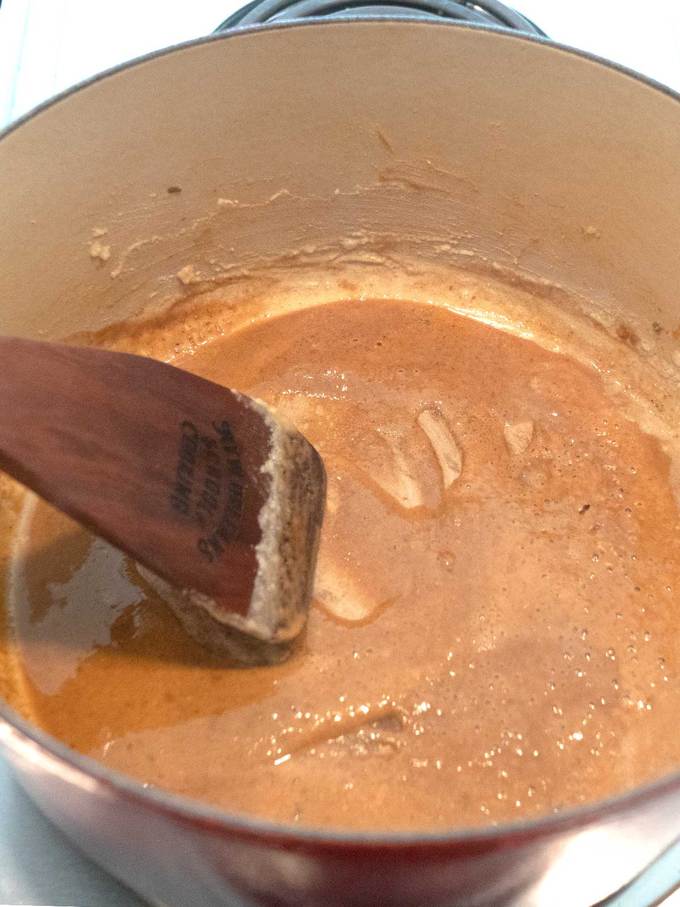 Once the roux had reached its desired color, I added the onions, celery, and bell pepper and gave the mixture a stir. The vegetables stopped the roux from becoming any darker. I used both red and green bell peppers because that’s what I had on hand. 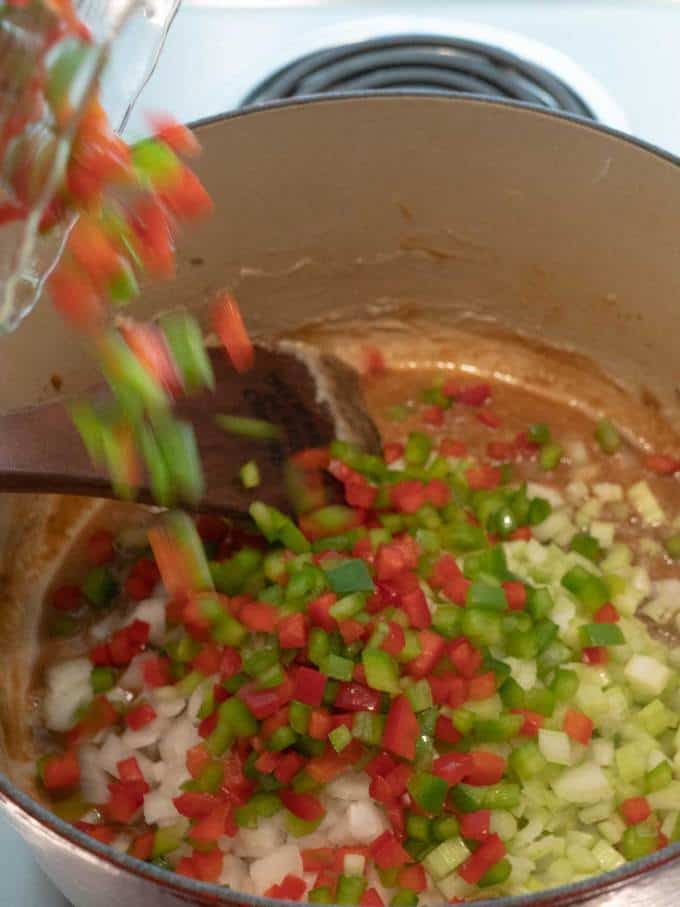 Next, I added the garlic. After stirring to combine everything, I let the mixture cook for about 10 minutes, stirring often. 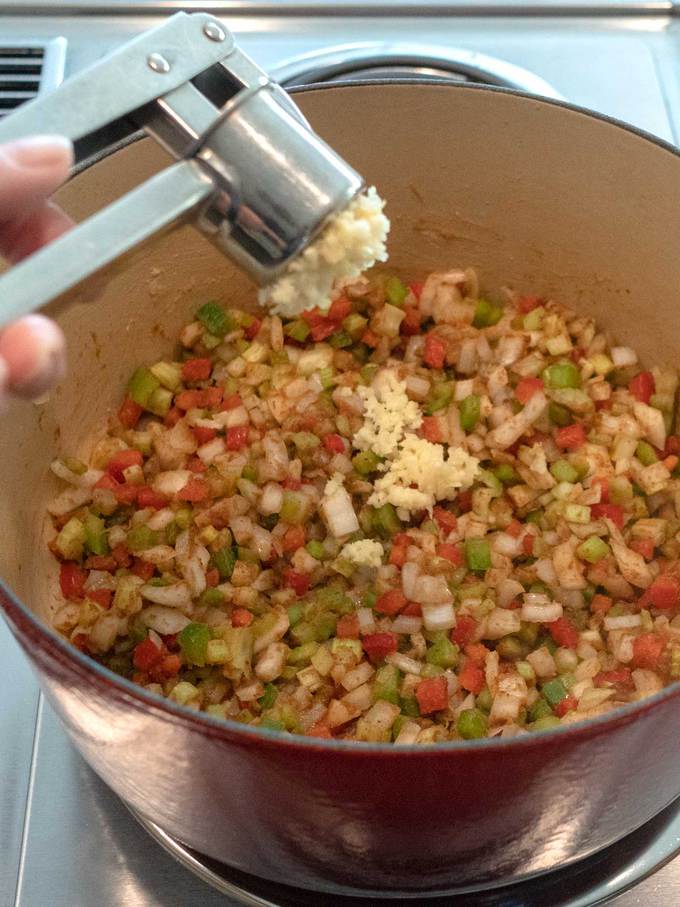 Then, I added the tomatoes, salt, and the rest of the Creole seasoning. I stirred everything together and cooked the mixture for about 3 minutes. 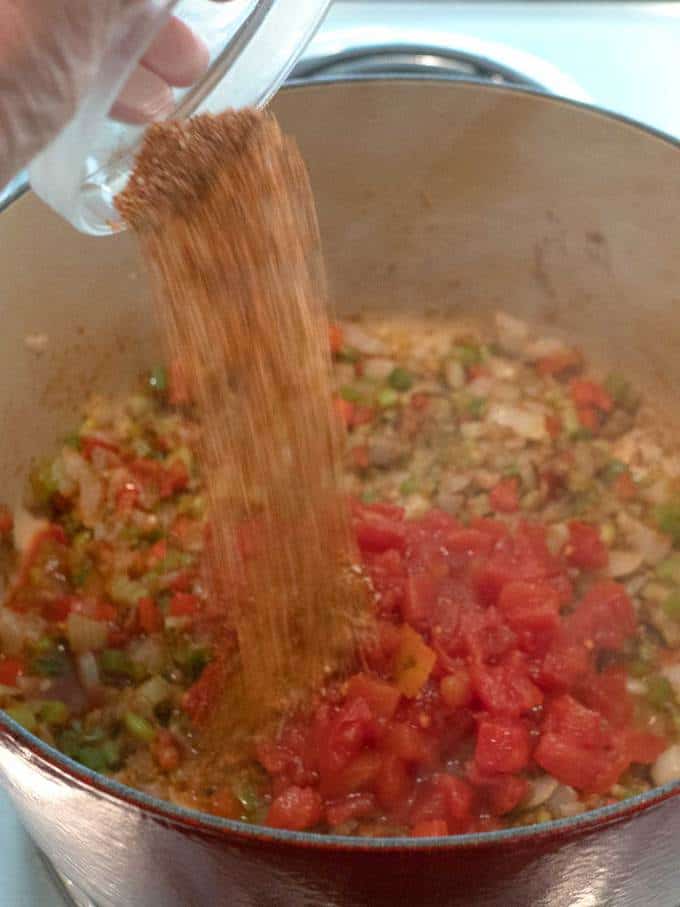 Finally, I added the chicken broth. I stirred the mixture over medium heat until it came to a boil and thickened. Then, I reduced the heat to low and simmered the mixture for about 30 minutes. 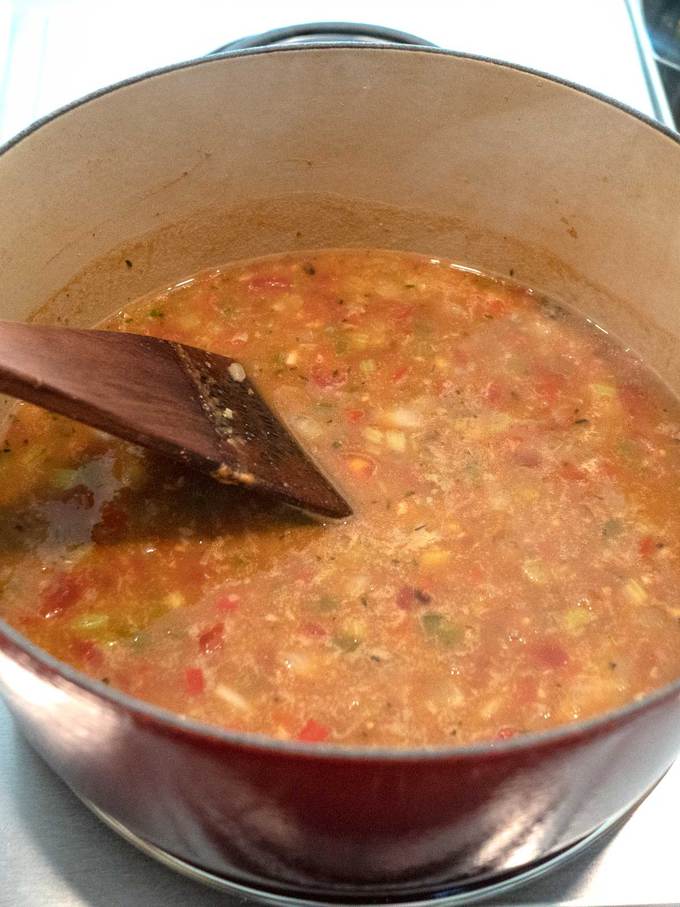 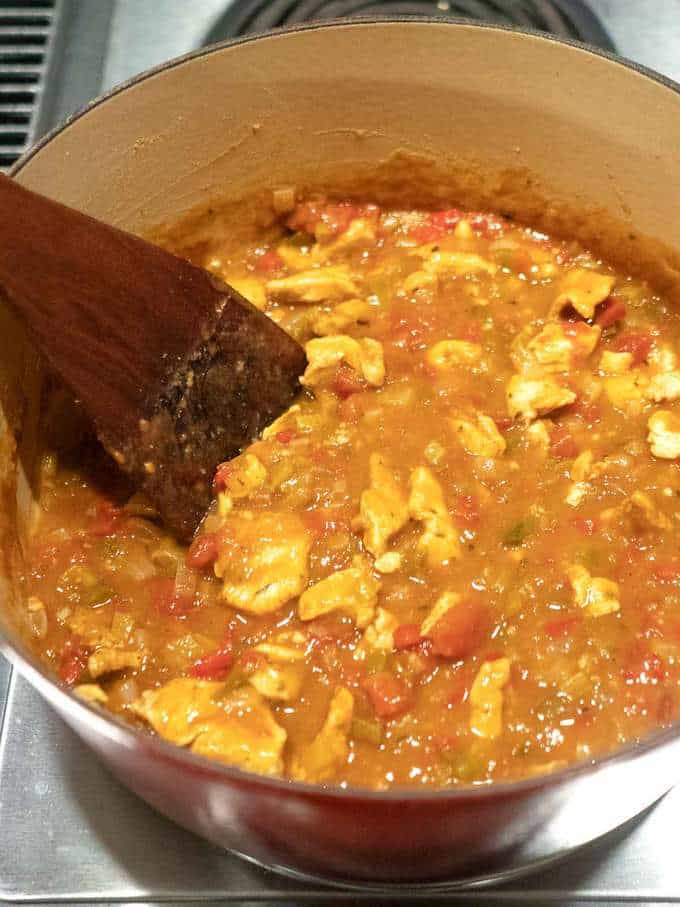 I served the Chicken Étouffée with cooked white rice, crusty French bread, and a glass of Chardonnay. It was amazing. Laissez les Bon Temps Rouler! Yum! 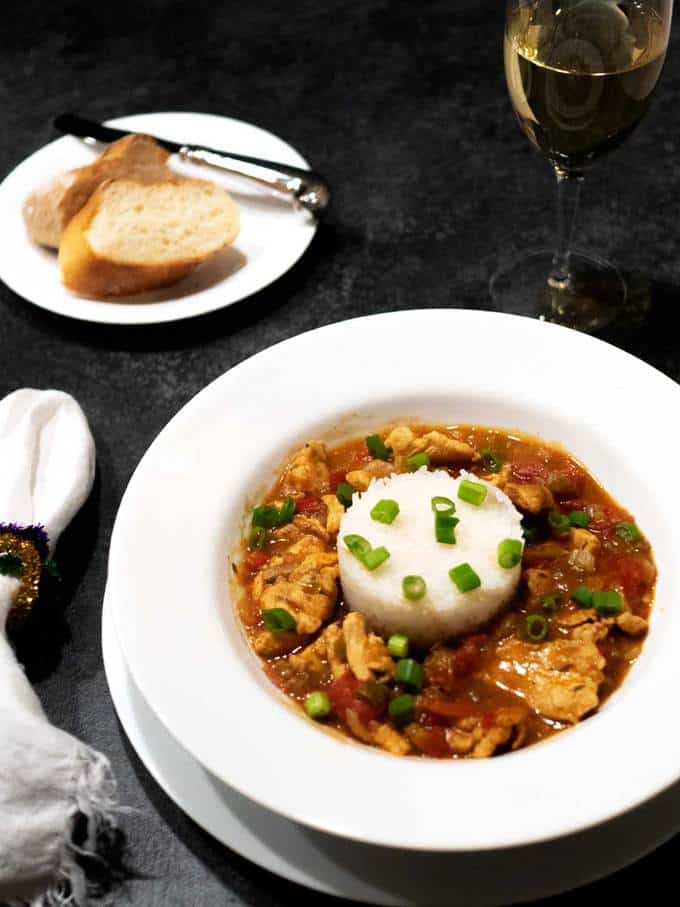 I originally published this on February 27, 2019. Since then, I’ve made this amazing dish a number of times and have tweaked the recipe. This repost includes the updated recipe from the many tweaks. 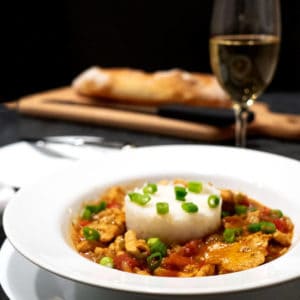