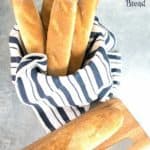 The awesome aroma of freshly baked bread by itself will inspire you make this Crusty French Bread time and time again. However, once you taste it, you’ll definitely be hooked. It only has five ingredients, and the bread machine does most of the work! 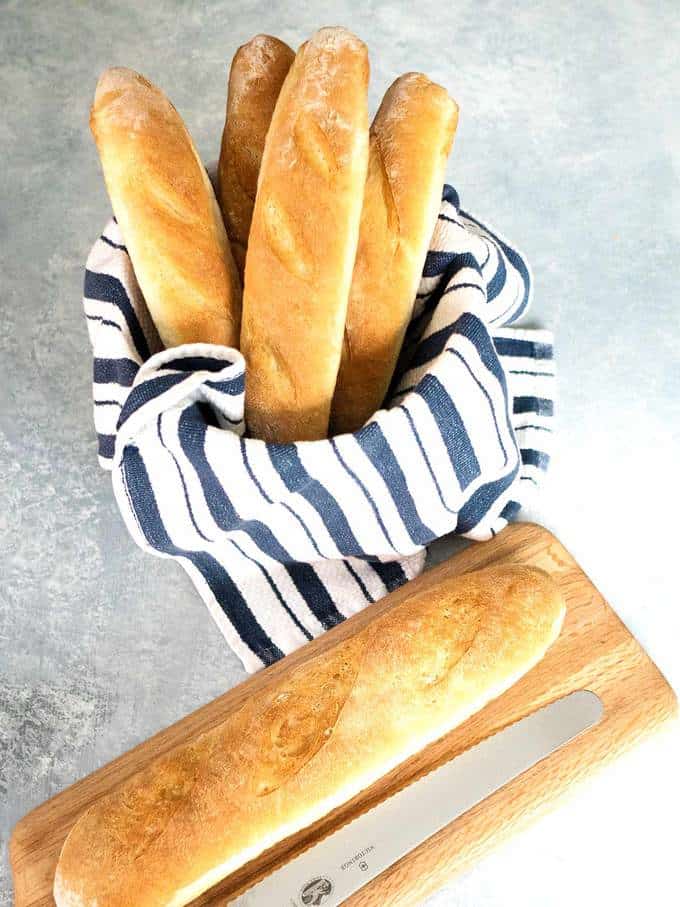 Generally, Saturdays at my house are focused, in part, on making bread. Susan asked if I would make some sandwich size French bread for Jambon et Fromage. I said absolutely! I’m making lasagna for dinner. Therefore, the timing was perfect. I used this versatile dough for not only the smaller loaves of bread for Susan, but also a larger loaf for dinner!

Making the Dough for the Crusty French Bread:

I used the following five ingredients: Filtered water, Kosher salt, granulated sugar, bread flour, and instant yeast. I’ve learned through the years that the way to ensure perfect bread every time is to weigh the ingredients. 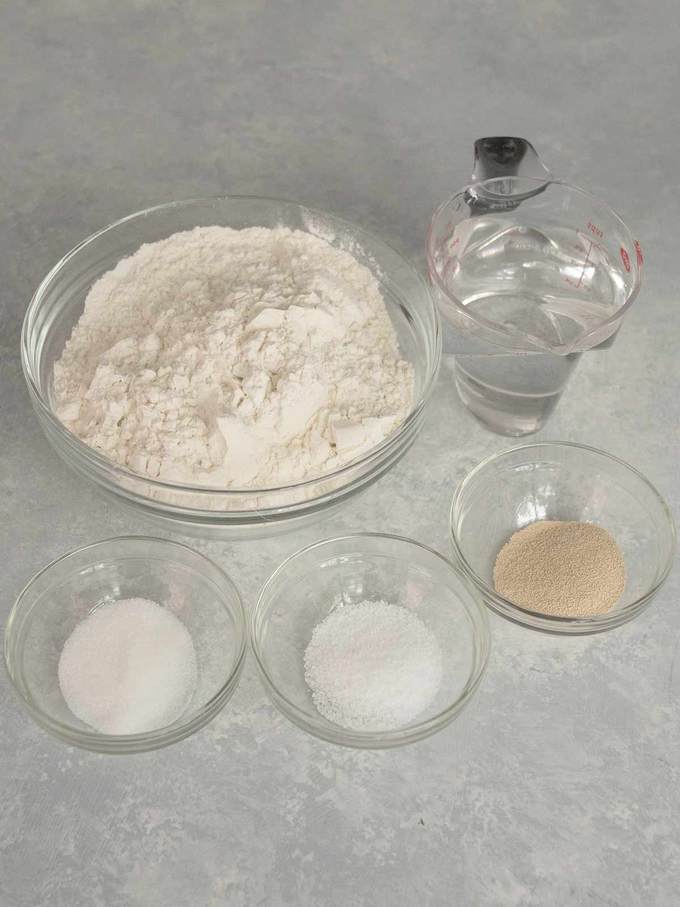 I added the five ingredients in the order listed to the pan of my bread machine, and set the bread machine on the dough cycle. After the dough cycle finished, I removed the dough to a floured piece of wax paper. The dough weighed a little over 24 ounces. I cut it into four equal sized pieces that were roughly 4 ounces each for the smaller baguettes. I was left with an 8 ounce piece for the larger baguette. 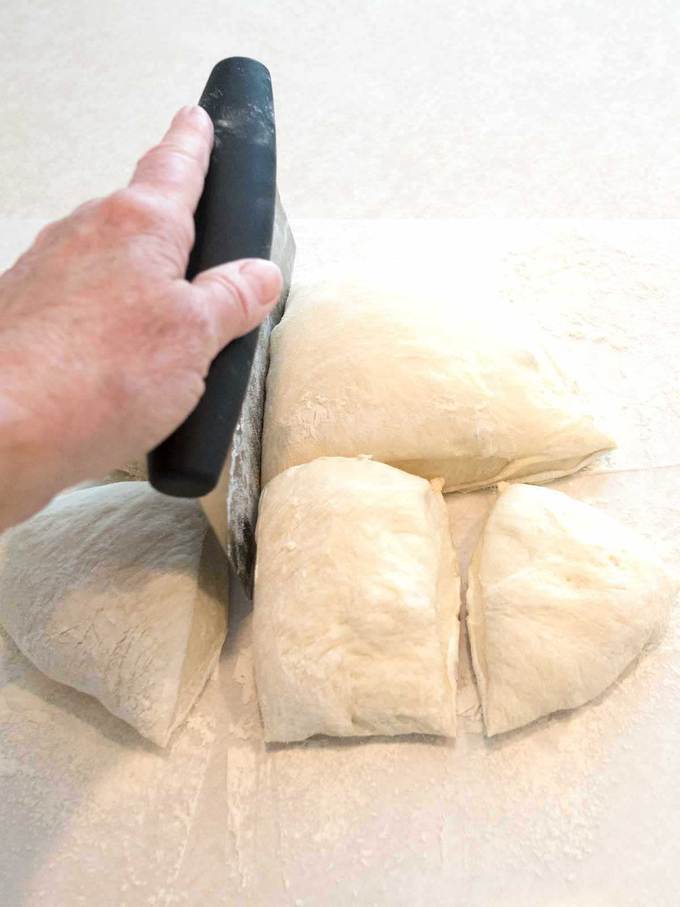 Forming the Dough into Baguette Shapes: 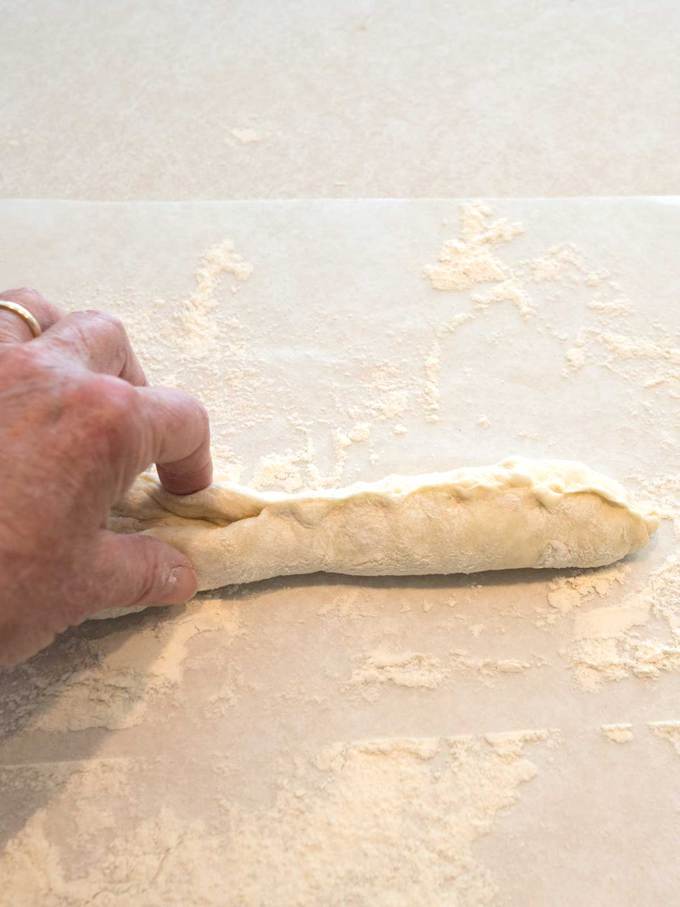 Then, I placed the four pieces that were 8-inches long for the sandwich size baguettes into the wells of my baguette pan. I placed the 12-inch piece onto parchment lined perforated French bread pan. 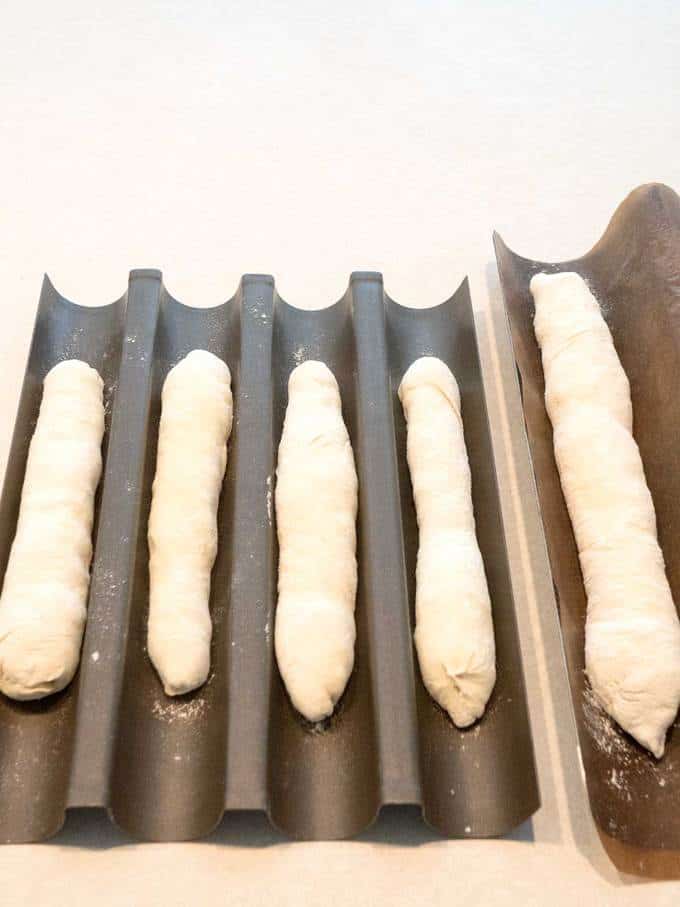 I consistently follow Julia Child’s advice for the perfect environment for the bread to rise. Specifically, I turn on my electric oven for exactly 1 minute and 45 seconds. After I turned the oven off, I placed the dough into the oven for about one hour to allow it to rise. Before baking the baguettes, I misted them with water and slashed each one three times with a sharp knife to allow further rise in the oven.

Update: There have been some comments that when the bread is slashed, it deflates. This will occur if you’re not ultra fast with the slashing. Laterally, what I do is to slash the dough once the baguettes are formed. It pretty much serves the same purpose and no deflating! 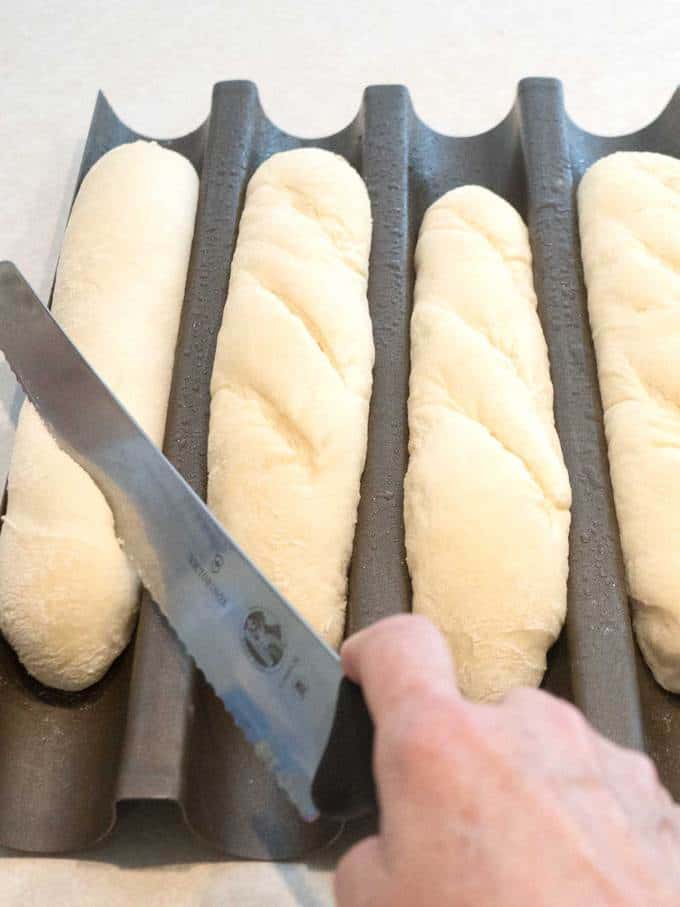 I popped the Crusty French Bread into a preheated 400° F oven for 20 minutes. After 20 minutes, the bread was golden brown and perfectly cooked. I placed the bread on a wire rack to allow it to cool completely. 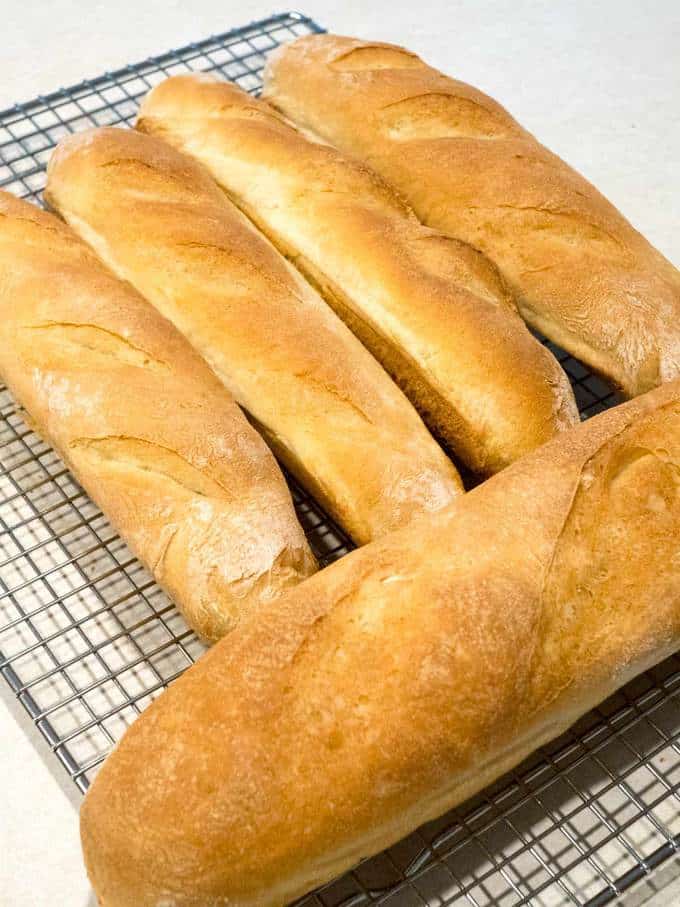 I don’t think that there has been a time when I made the French Bread that I didn’t marvel at the result. This was no exception! I ended up with four baguettes that were the perfect size for Susan’s Jambon et Fromage, and one larger one for dinner. Yum! 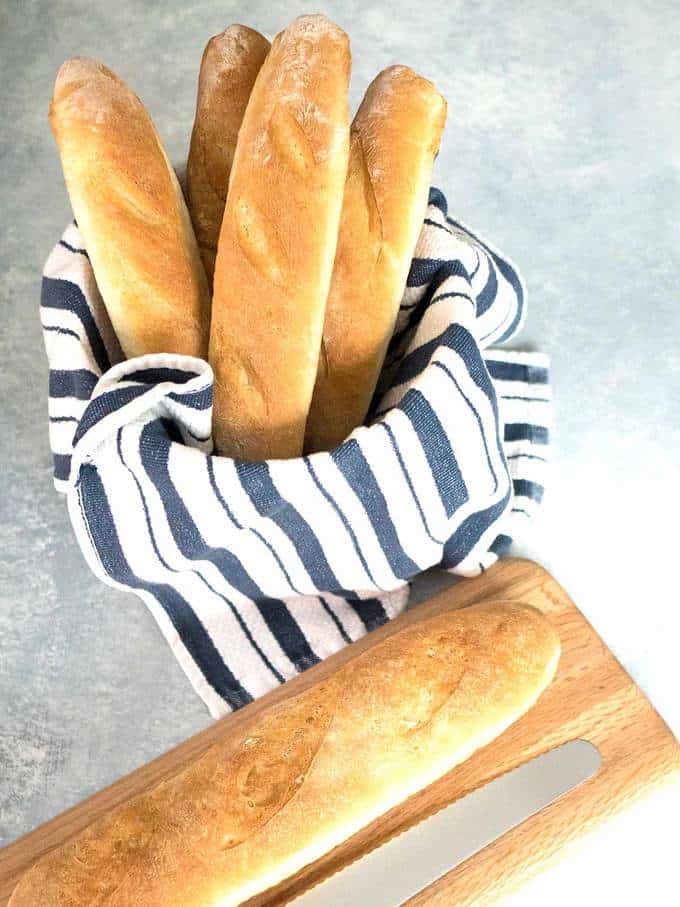 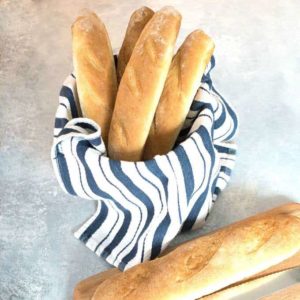 The awesome aroma of freshly baked bread by itself will inspire you make this Crusty French Bread time and time again. However, once you taste it, you’ll definitely be hooked. It only has five ingredients, and the bread machine does most of the work!
4.95 from 20 votes
Print Pin Rate
Course: Bread
Cuisine: American, French
Prep Time: 3 hours 40 minutes
Cook Time: 20 minutes
Total Time: 4 hours
Servings: 12 servings
Calories: 115kcal
Author: Chula King