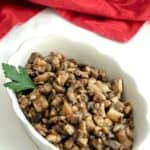 Duxelles, pronounced dük-ˈsel are an intensely flavored mixture of finely chopped mushrooms and shallots. Named after the 17th French Marquis d’Uxelles, Duxelles are easy to prepare. They will take a whole host of dishes to the next level of deliciousness. 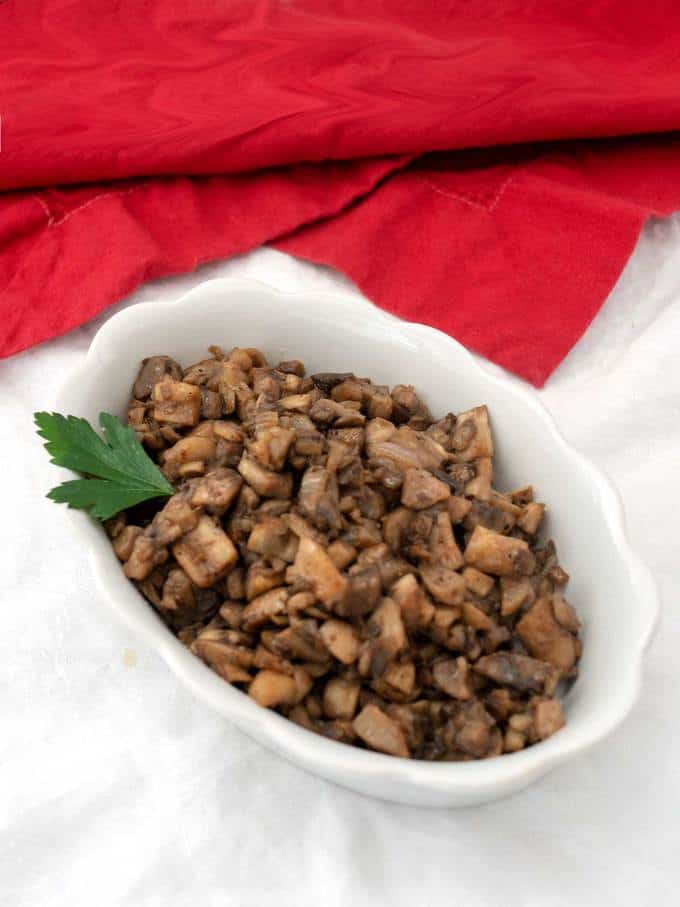 I’ve been making Duxelles for years. Often times, the Duxelles are a way to use up mushrooms that are past their prime. What’s even better, the Duxelles freeze beautifully!

Contents show
1 Ingredients for Duxelles
2 Cutting the Mushrooms
3 To Squeeze or not to Squeeze – That Is the Question
4 Cooking the Duxelles
5 Duxelles
5.1 Ingredients
5.2 Instructions
5.3 Chula's Expert Tips
5.4 Nutrition

I used the following simple ingredients for the Duxelles: Button mushrooms, shallot, unsalted butter, Kosher salt, freshly ground black pepper and Madeira. For a less rich taste, you could omit the Madeira. You could also use Port or Dry Marsala in place of Madeira. 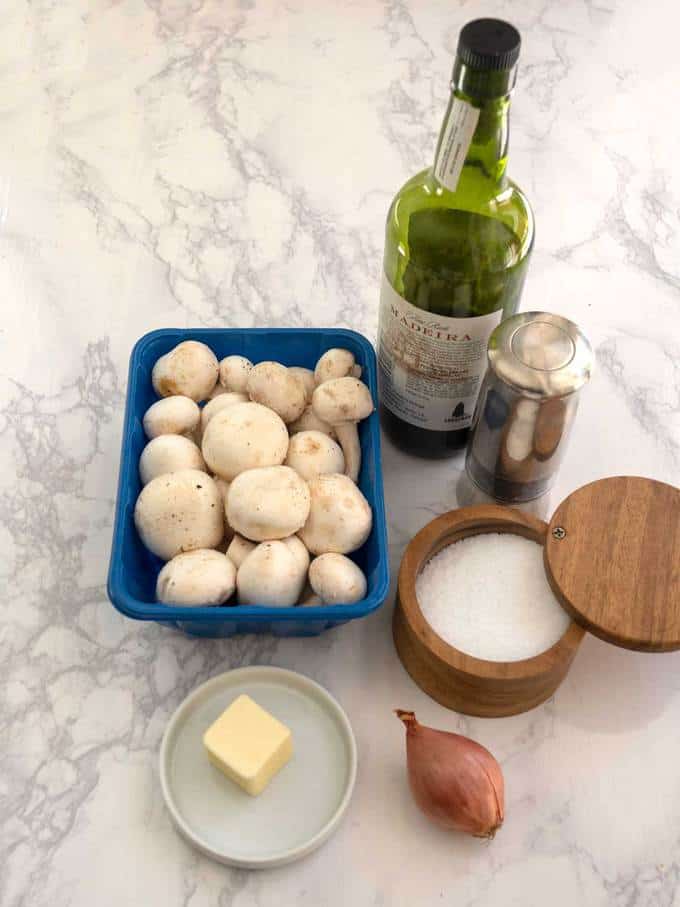 Mushrooms are the star of the show for Duxelles. I started by quickly rinsing the mushrooms to remove any residual dirt and drying them. Then, I cut the mushrooms into small pieces. I happen to like my Duxelles a bit chunky. However, if you prefer a finer consistency, then you could pulse process the mushrooms several times in a food processor fitted with a steel blade. 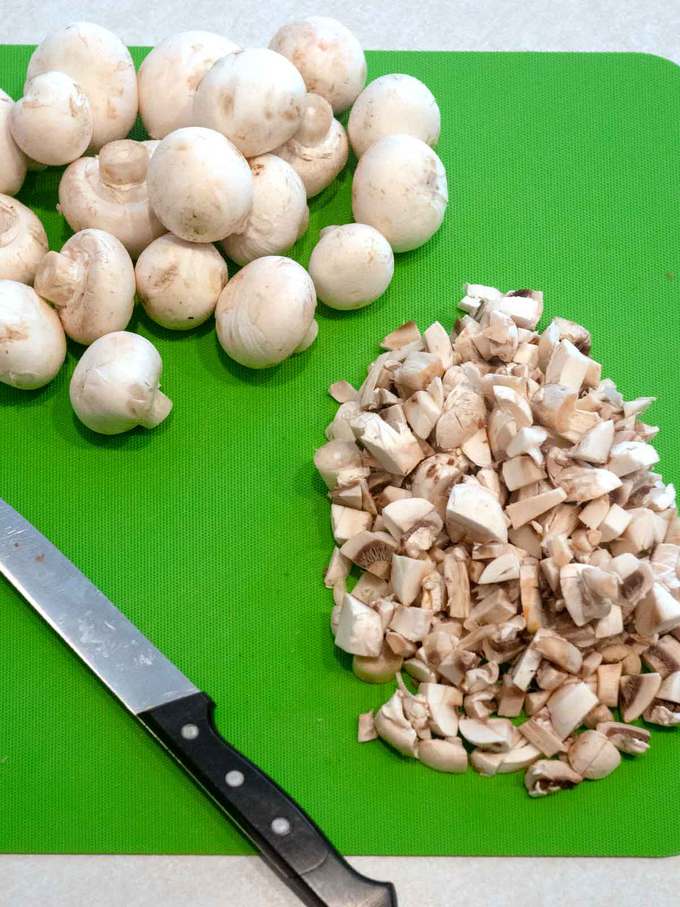 To Squeeze or not to Squeeze – That Is the Question

Mushrooms after all do have a lot of liquid content.

One camp recommends squeezing the mushrooms to remove as much liquid as possible prior to cooking. Another camp suggests that squeezing is unnecessary because the liquid will evaporate during the cooking. 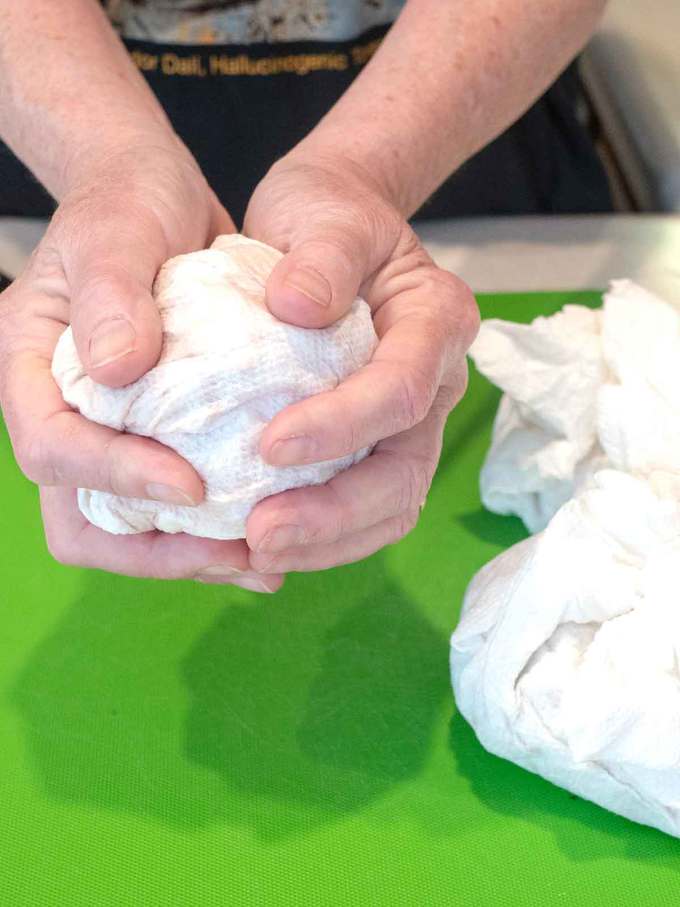 I started by melting the butter in a 12-inch nonstick skillet over medium heat. It’s important to use a large diameter pan for making Duxelles. The reason is that the mushrooms would tend to steam in a smaller diameter pan. 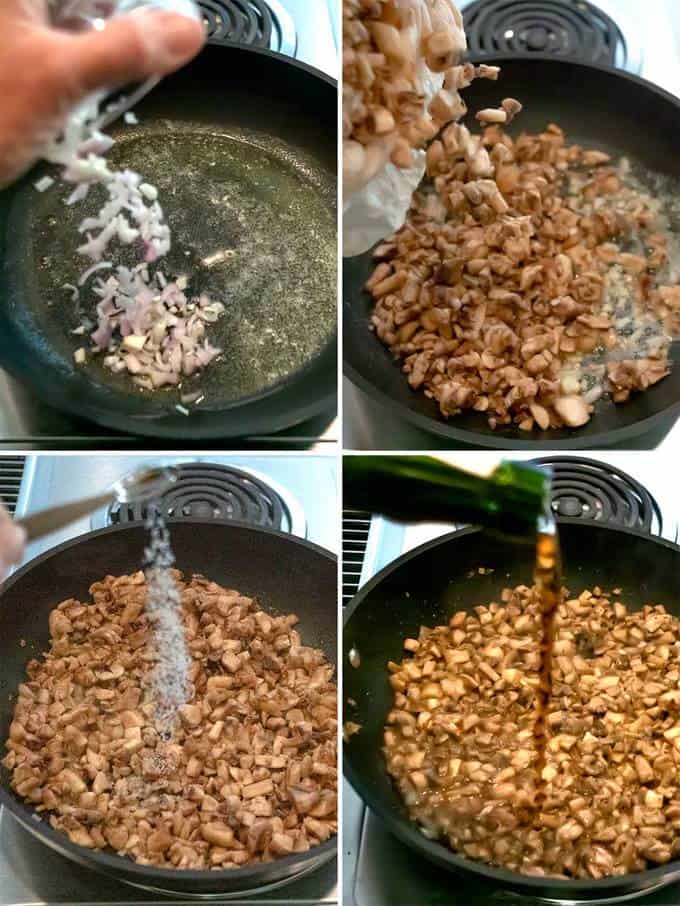 I ended up with about 1 ¾ cups of absolutely delicious Duxelles. The Master Taste Tester specifically requested the Duxelles to accompany his poached eggs. I’ve also used them in mushroom risotto, onion and mushroom tart, mushroom cream sauce and as stuffing for pork tenderloin. If made into a finer paste, the Duxelles make excellent bruschetta, crostini and stuffed mushrooms.

However you use them, you are certain to find that Duxelles will take the dish to a higher level. Yum! 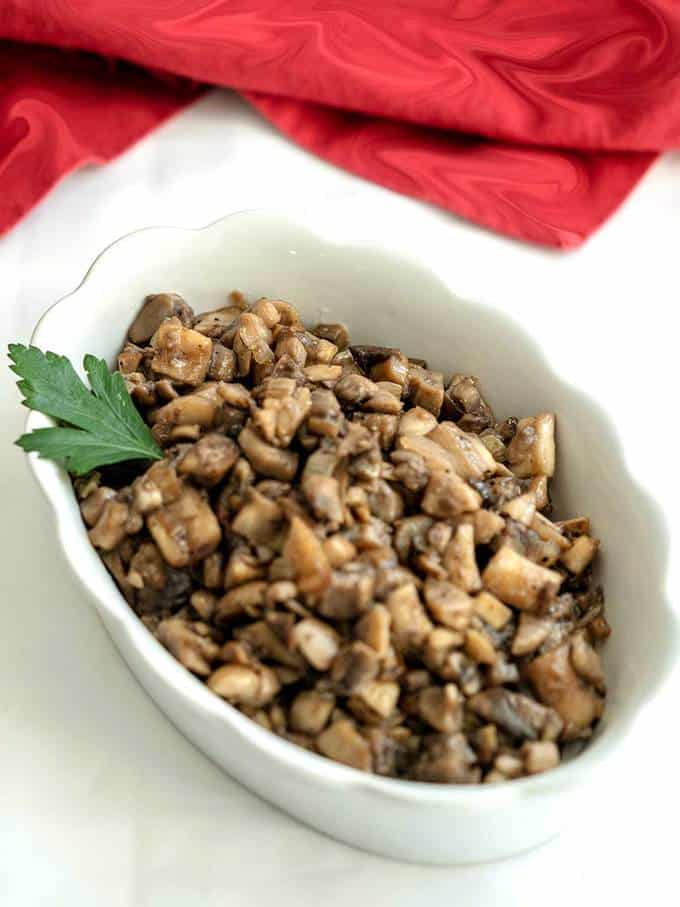 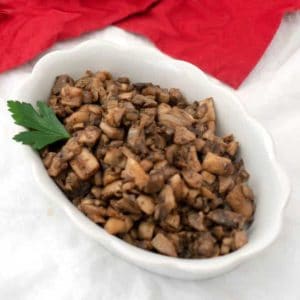