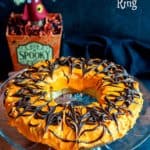 Halloween Nutella Cinnamon Roll Ring – the name says it all! I filled the awesome cinnamon rolls that make up the ring with Nutella rather than the traditional butter and sugar. Then, I topped the cinnamon roll ring with a luscious Halloween themed buttercream frosting. I finished it with a drizzle of melted chocolate. Are you drooling yet? Oh, and I used my bread machine to do most of the work in making the brioche type dough for the cinnamon rolls! 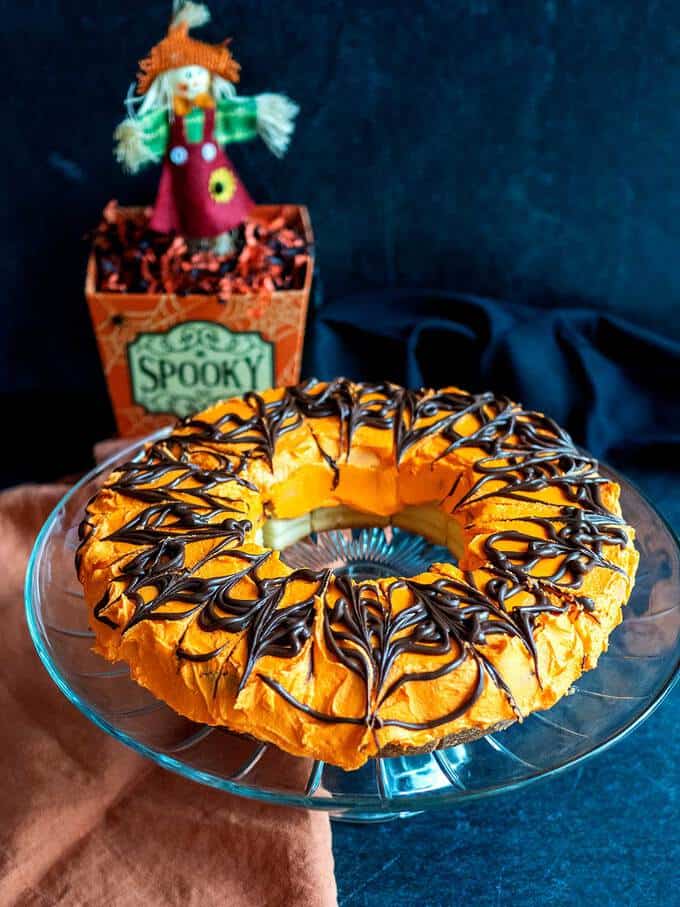 Dough for the Cinnamon Rolls 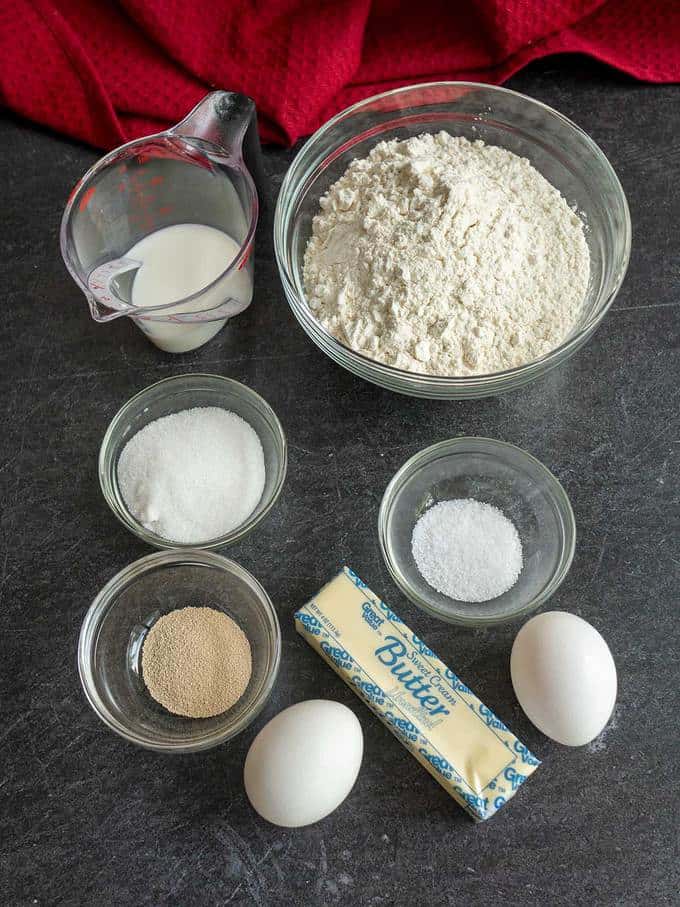 The next day, I removed the dough from the refrigerator about an hour before I was ready to roll it out.

After about an hour, I placed the dough onto a floured surface. The dough was a dream to work with. Actually, it felt more like rolling out sugar cookie dough than a yeast dough.

I rolled it into a rectangle that was approximately 8 inches by 16 inches. Next, I spread the dough with Nutella to about a ½-inch from one of the long sides. Typically for cinnamon rolls, the filling starts with a combination of butter and sugar being spread on the dough. I thought that it would be fun to try using Nutella instead. It worked brilliantly! 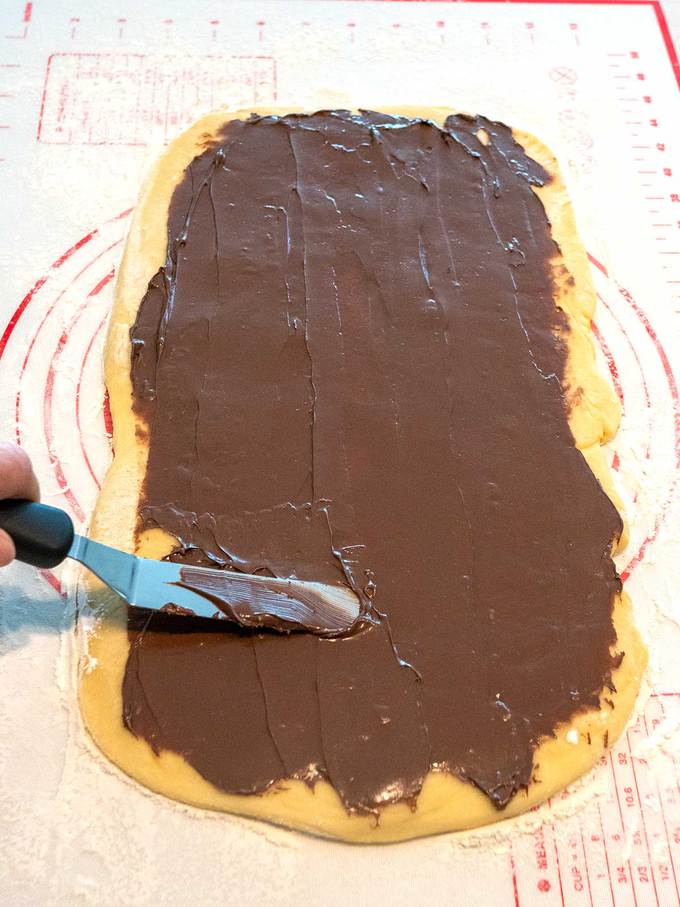 Once the dough was covered with Nutella, I sprinkled on ground cinnamon. After that, I rolled the dough into a log, beginning on one of the long sides. 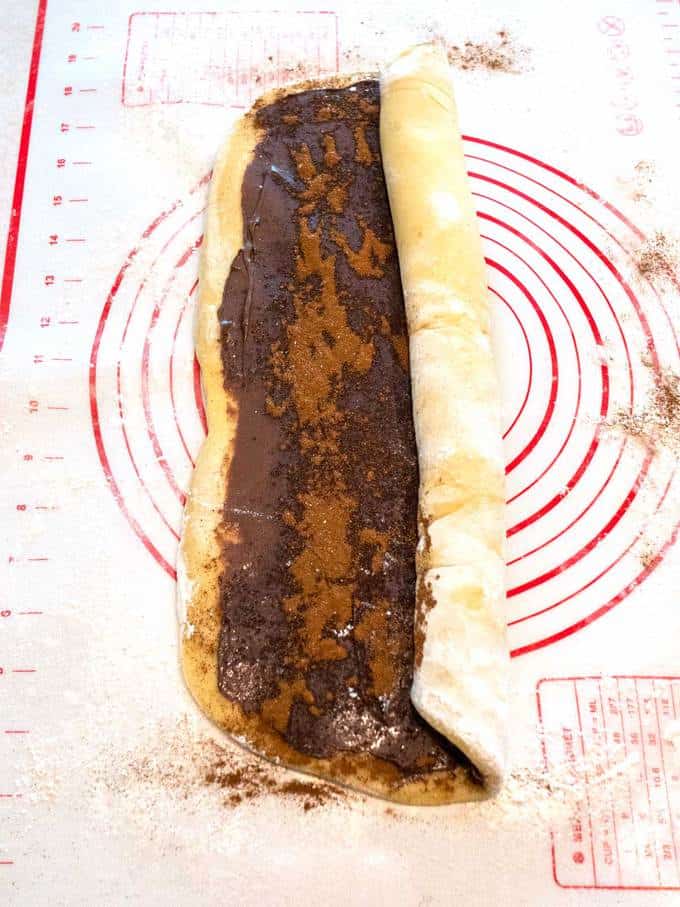 I pinched the edges of the dough together so that the roll would hold together. Then, I cut it in into 12 pieces with a serrated knife. Each piece was about 1 ¼-inches wide. I only needed 10 cinnamon rolls but knew that the two end slices were pretty much scrap pieces! 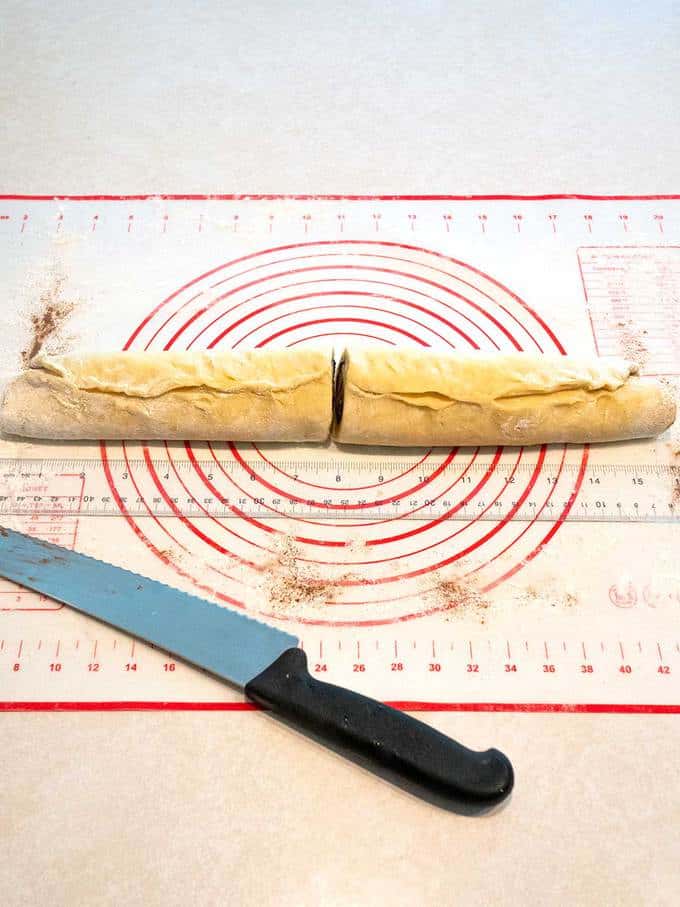 I arranged the cinnamon rolls around the edges of a 10-inch cast iron skillet that I had lined with parchment paper. Then, I placed a round 4-inch metal pastry cutter in the center of the pan. The reason for doing this was to ensure that the cinnamon rolls had the proper shape when they had risen.

I covered the pan with plastic wrap and placed it in my electric oven that I had heated for exactly 1 minute and 45 seconds. This is a trick that I learned from Julia Child. It produces the perfect environment for the dough to rise. After about a hour, the cinnamon rolls had doubled in size.

I brushed them with an egg wash. Then, I baked the cinnamon rolls in a preheated 350° F oven for about 25 minutes. After 25 minutes, they were nicely browned and perfectly cooked. 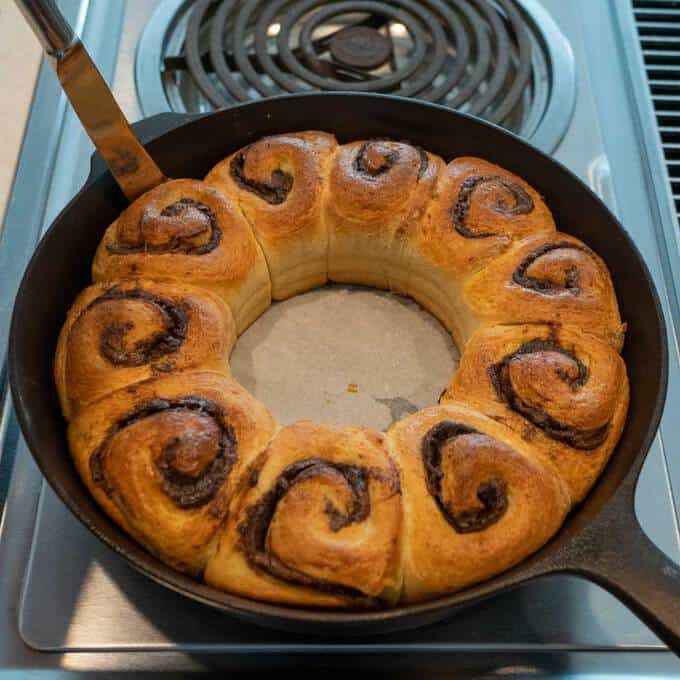 Generally, when I make cinnamon rolls, I top them with a cream cheese frosting. This time, I decided to use a classic buttercream frosting. The two keys to making a perfect buttercream frosting are to (1) use 2 parts of confectioners’ sugar per 1 part of butter; and (2) beat the room temperature butter until it is very pale and light and fluffy. 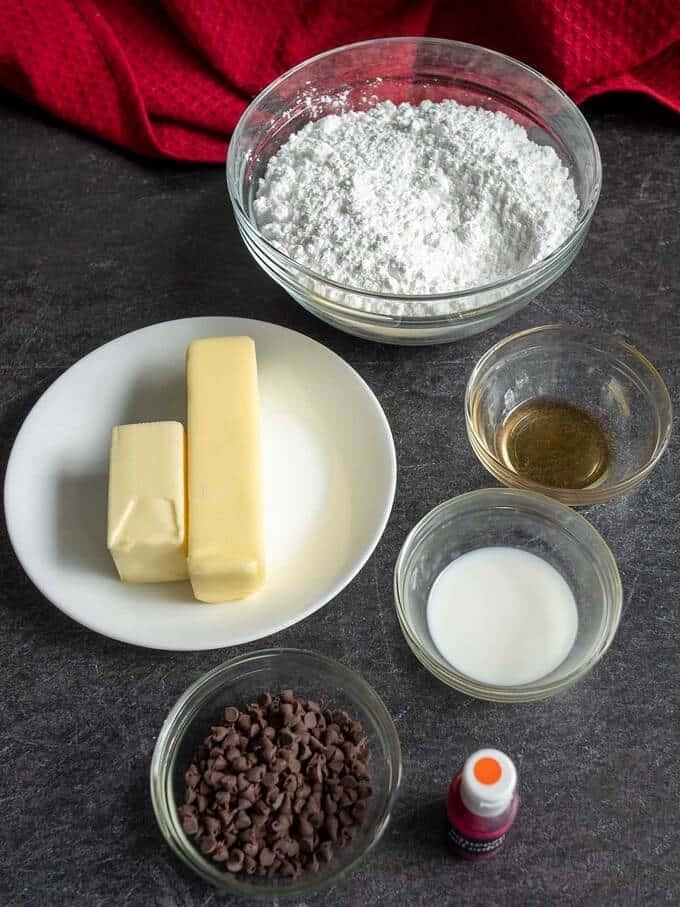 To make the buttercream frosting, I started by beating the room temperature butter on high for about 5 minutes. After 5 minutes, it was quite pale and light and fluffy. Then, I sifted in half of the confectioners’ sugar along with the milk and vanilla. I beat the mixture on high for about 3 minutes. After that, I sifted in the remainder of the confectioners’ sugar and beat it for another 3 minutes. At the end, I had deliciously smooth and light buttercream frosting. 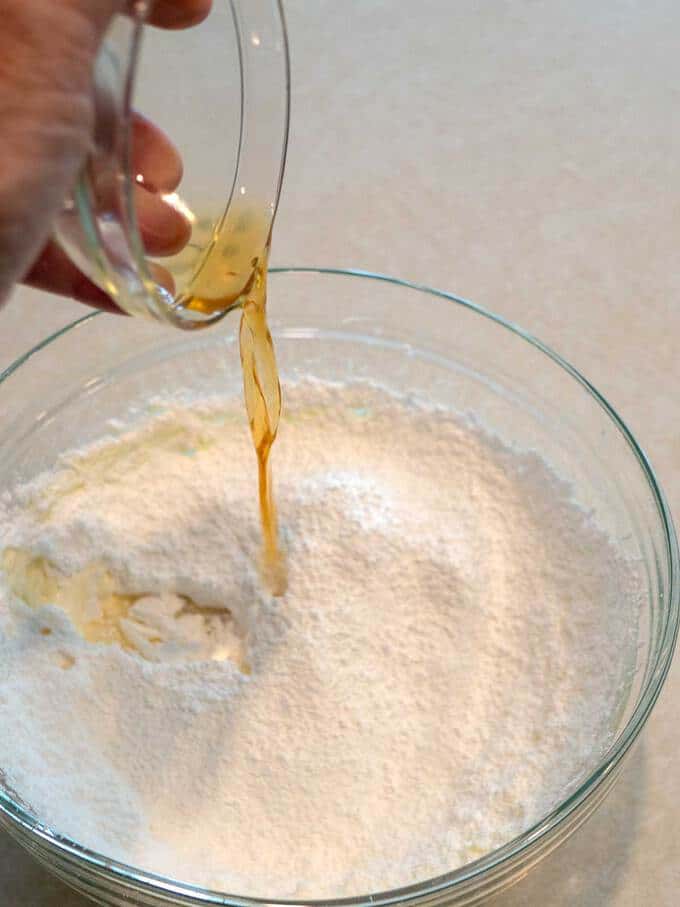 Once the buttercream frosting was ready, I added orange gel food coloring. I beat the buttercream to thoroughly incorporate the coloring and added a bit more until I achieved the desired color. All told, I added about 20 drops of the color. 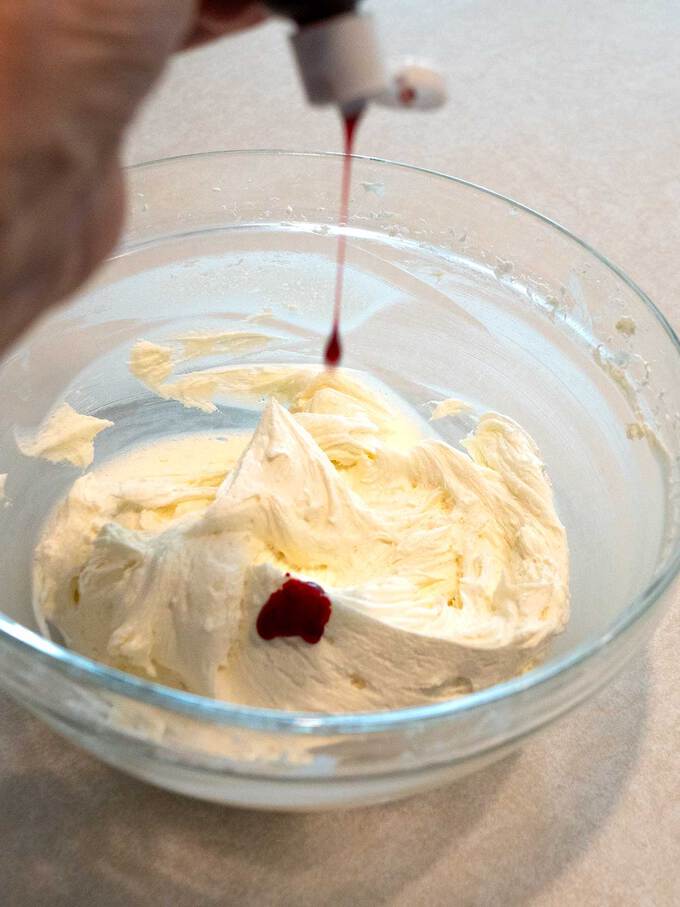 To finish the Halloween Nutella Cinnamon Roll Ring, I spread the buttercream frosting onto the cinnamon roll ring. In doing so, I allowed it to drip down into the center and down the sides a bit. Then, I used a trick that I learned years ago in a cake decorating class to smooth out the top. I heated a spatula by putting it into a glass of hot water. Next, I removed the spatula from the water and wiped it dry with a paper towel. I ran the hot spatula over the top of the buttercream frosting. The heat of the spatula slightly melted the buttercream allowing it to smooth out nicely! 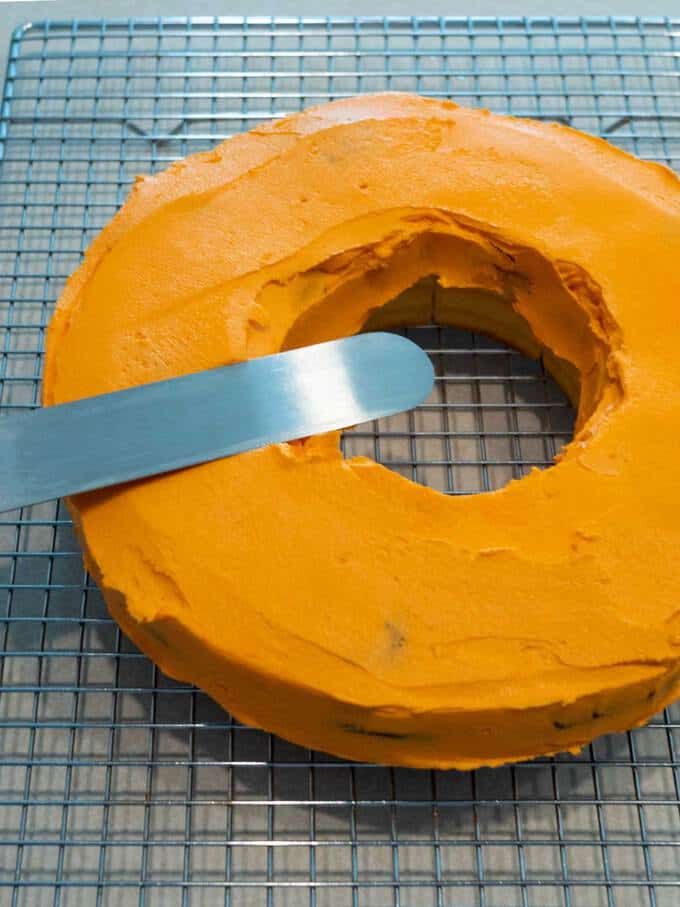 Finally, I drizzled on some melted chocolate chips. As a finishing touch, I ran a toothpick from the center of the ring to the outside edge in 1-inch increments to produce a nice marbled web effect in the chocolate. 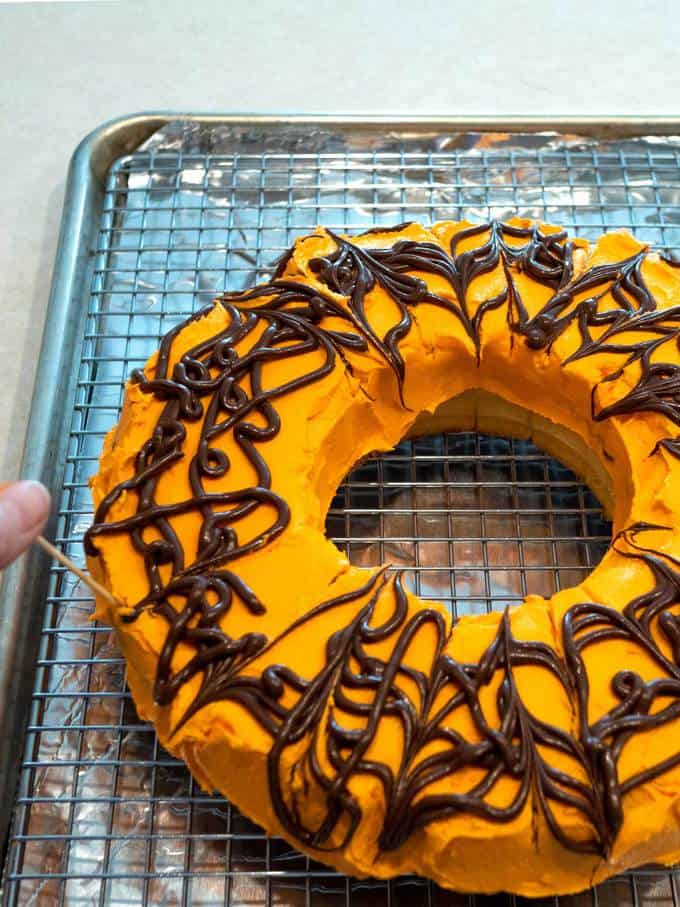 The Halloween Nutella Cinnamon Rolls were as delicious as they were impressive to look at. The Nutella and the cinnamon filling perfectly complimented each other. To wow your friends and family, you should try this amazing Halloween treat. Yum! 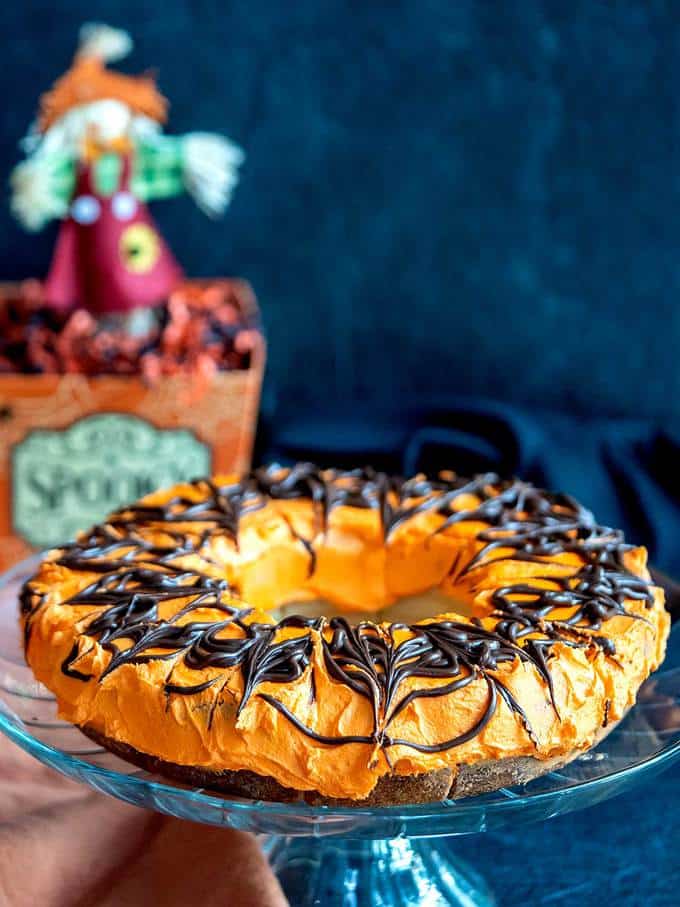 If you like the idea or turning cinnamon rolls into a ring type confection, you should check out my awesome Mardi Gras Cinnamon Roll King Cake!

Also, if you would like some more Halloween sweets, you should try these amazing recipes: 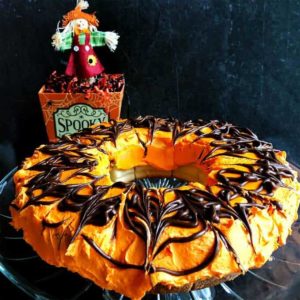