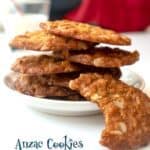 Anzac Biscuits, also known as Anzac Cookies, are crispy on the outside, and deliciously chewy in the middle. They have a strong caramel-like flavour with hints of coconut and healthy oats in every bite. 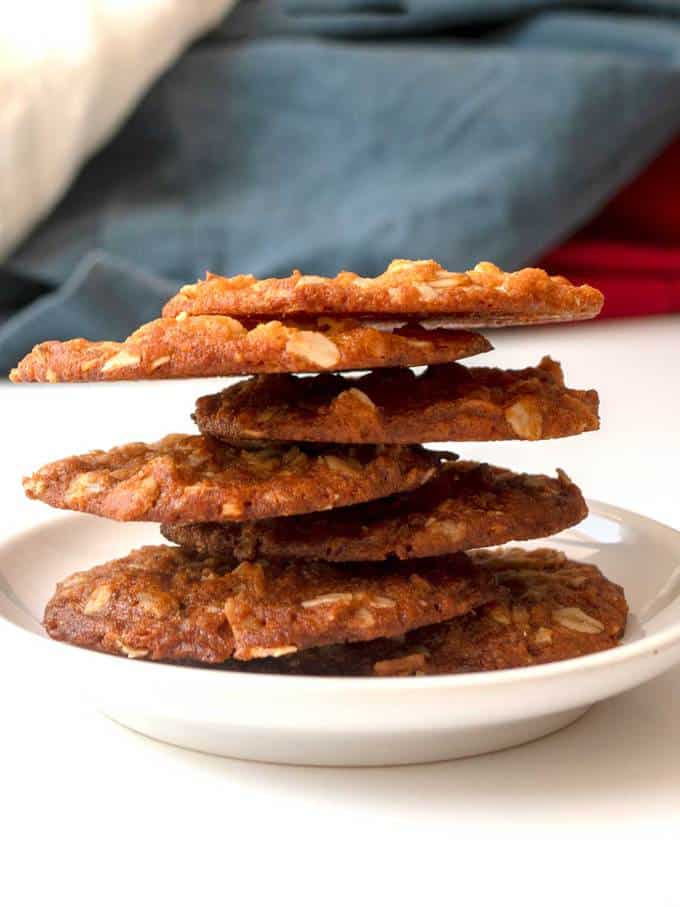 These crispy and chewy biscuits are native to Australia. Their origins are traced back to the Australian and New Zealand Army Corps (ANZAC) established in World War 1. Legend has it that wives and women’s groups would send the Anzac Biscuits to the soldiers on the front line. In reality, the Anzac Biscuits, known as “Soldier’s Biscuits” were sold at public events such as parades to raise money in support of the war effort. 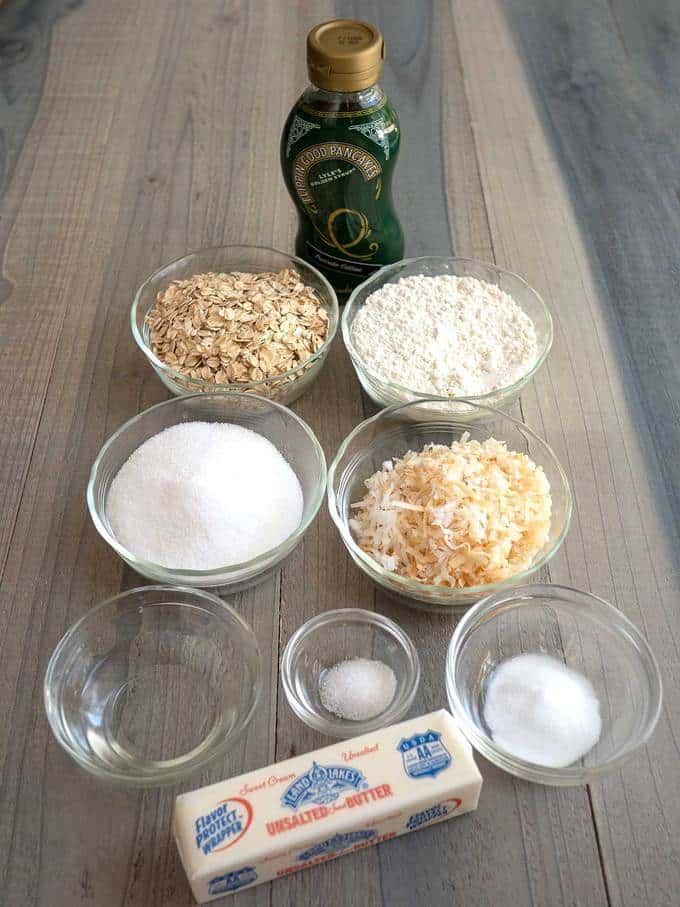 First, I combined the flour, sugar, oats, coconut and salt in a large mixing bowl. Then, melted the butter and syrup in a microwave safe bowl. After that, I mixed the baking soda with boiling water. I added the melted butter/syrup to the baking soda mixture, and stirred to combine everything. Then, I poured the butter mixture over the dry ingredients. 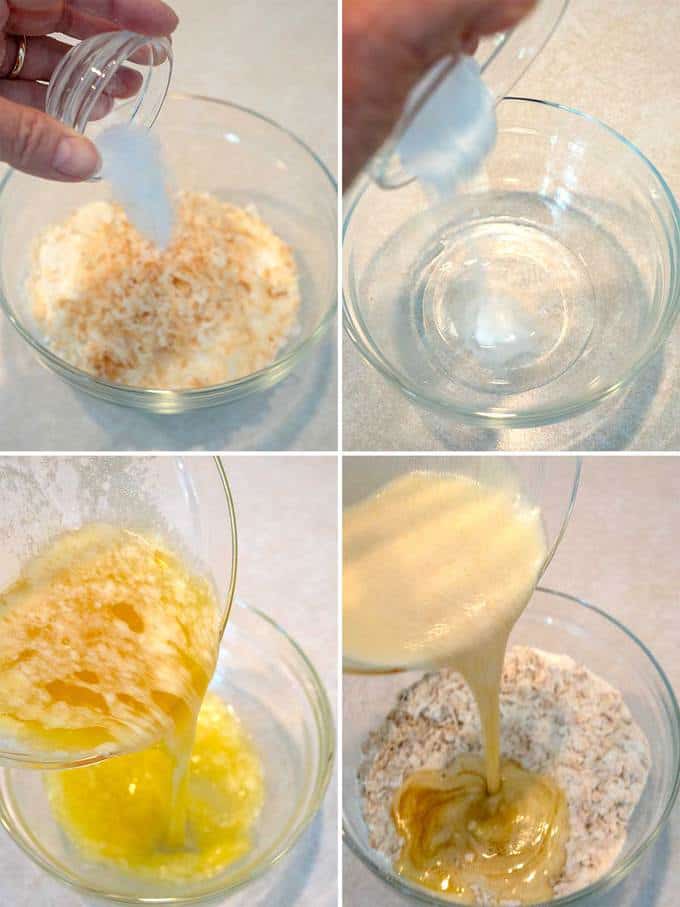 Using a wooden spoon, I thoroughly combined all of the ingredients. That’s it – the Anzac Biscuit dough was ready. How simple is that? 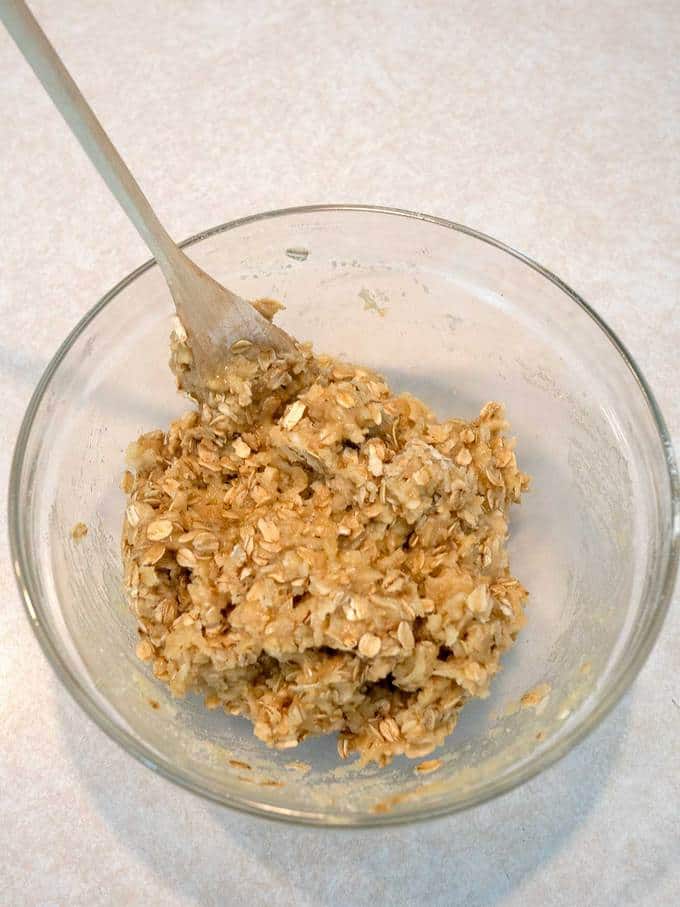 Once the Anzac Biscuit dough was ready, I scooped it onto a parchment lined baking sheet using a 2-teaspoon ice cream scoop. I left plenty of room for the biscuits to spread during cooking. To ensure evenly formed biscuits, I rolled the dough into balls. 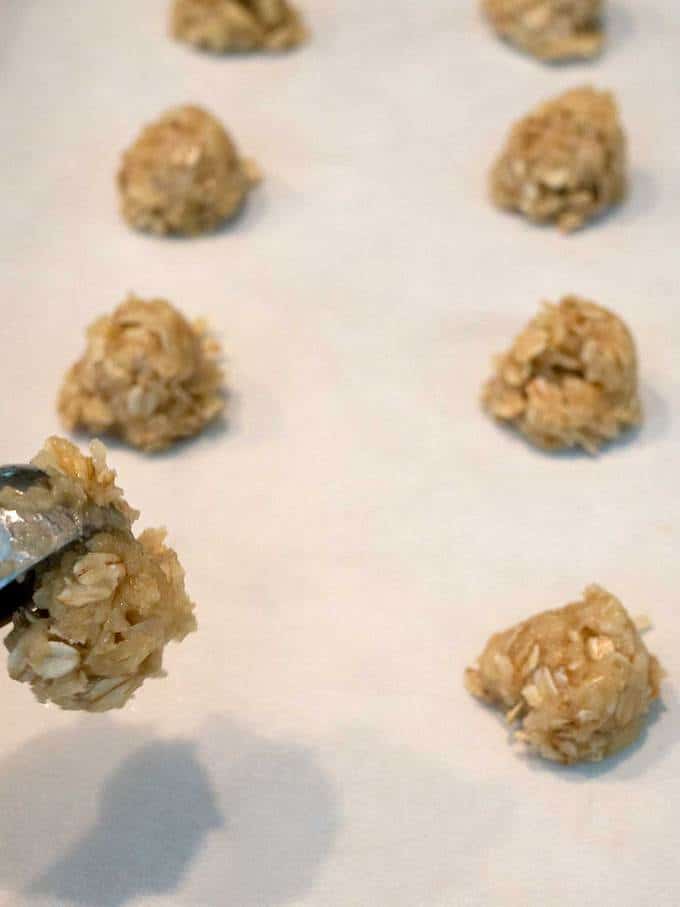 Then, I popped the biscuits into a preheated 350° F oven for 8 or 9 minutes until they were a deep mahogany brown. I removed the pan from the oven, and let the biscuits cool on the baking sheet for about 5 minutes before transferring them to a wire rack to cool completely. 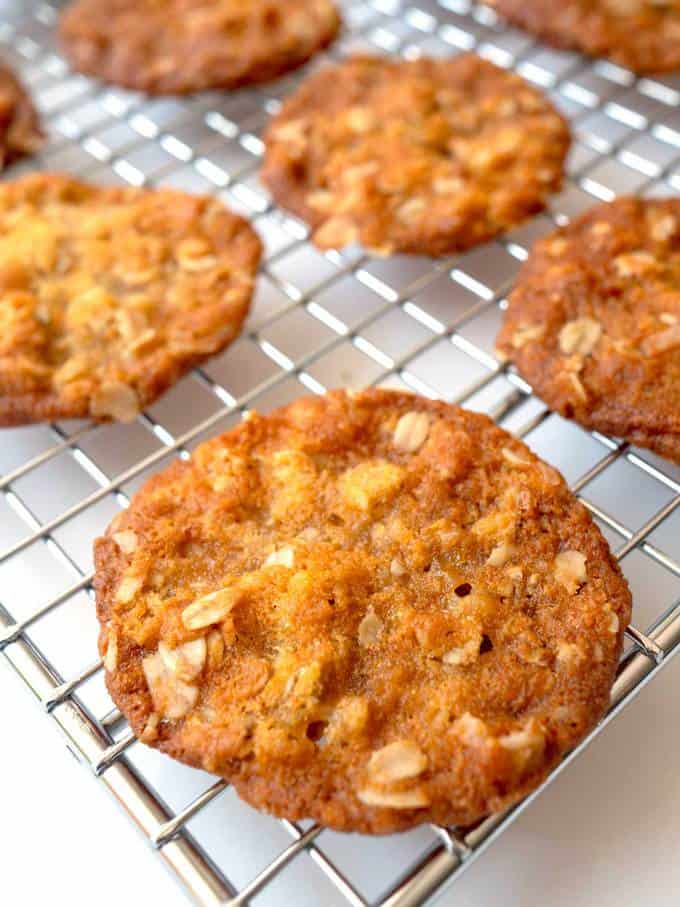 I ended up with four-dozen Anzac Biscuits that were crunchy crisp around the edges, and deliciously chewy in the center. Each bite had a caramel-like flavor with hints of toasted coconut and healthy oats. Yum! 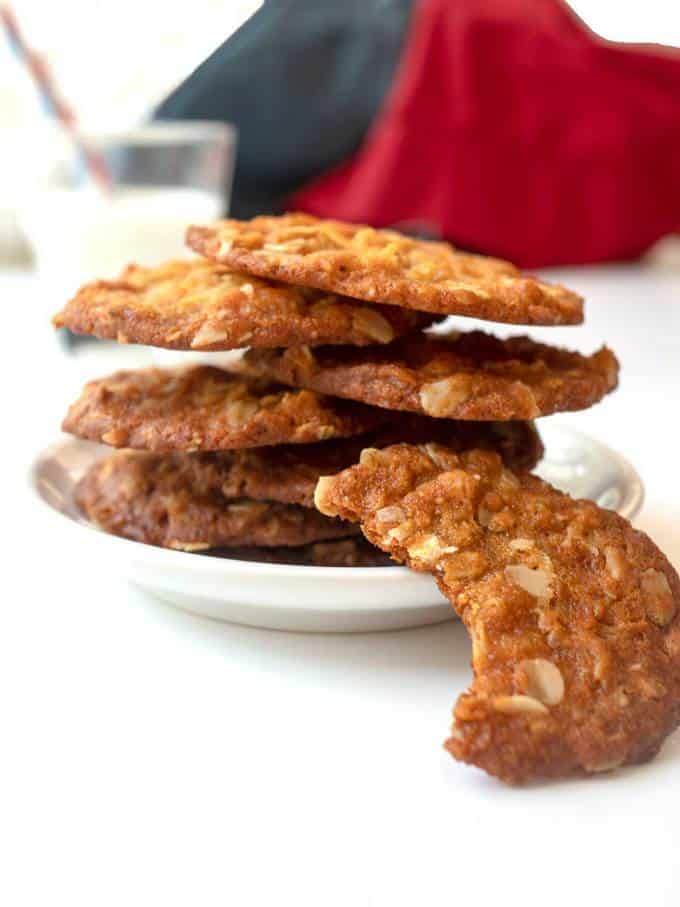 If you’re interested in other international treats, check these awesome recipes. 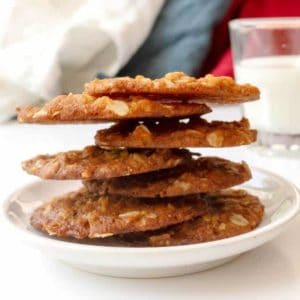 Anzac Biscuits, also knows as Anzac Cookies, are a crispy on the outside, and deliciously chewy in the middle. They have a strong caramel-like flavour with hints of coconut and healthy oats in every bite.
5 from 6 votes
Print Pin Rate
Course: Cookies
Cuisine: Australian
Prep Time: 10 minutes
Cook Time: 9 minutes
Total Time: 19 minutes
Servings: 48 Cookies
Calories: 54kcal
Author: Chula King