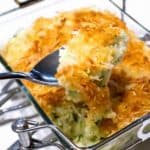 A gratin is a dish topped with a golden browned crust of breadcrumbs and/or melted cheese. In France, gratins are generally made with potatoes. This Easy Make Ahead Zucchini Gratin is an amazing deviation which will have you coming back for more! 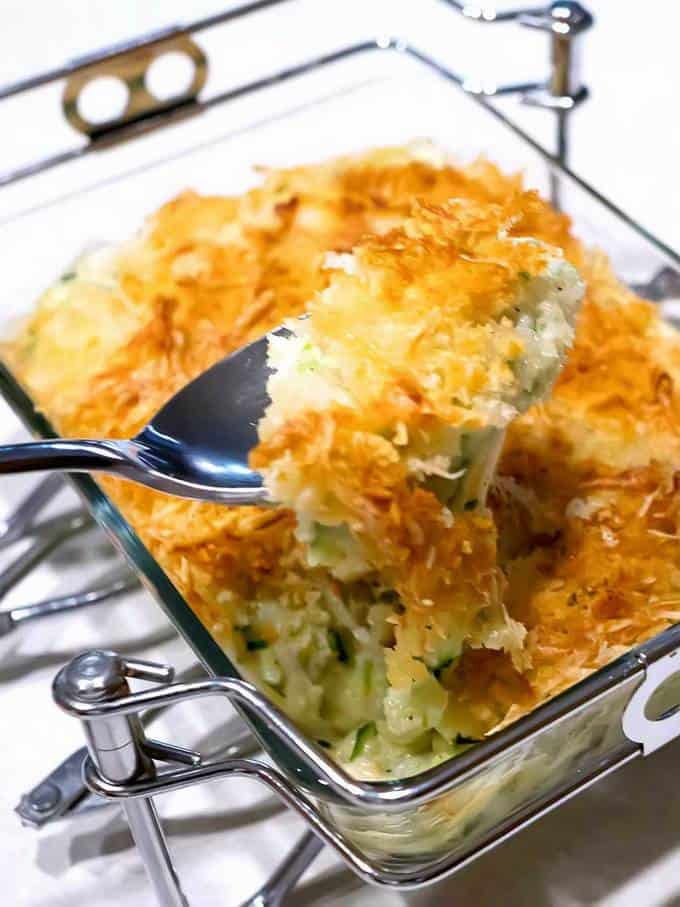 When I got home from work, the proverbial question arose – “What’s for dinner?” Given that there’s a major hurricane that could impact us within the week, I thought about making something that could be frozen for hurricane ready meals. The Master Taste Tester suggested instead that we have the leftover Oklahoma Fried Onion Burgers. I thought great and then remembered that I had some zucchini that needed to be used – thus the Easy Make Ahead Zucchini Gratin was born! All through dinner, the Master Taste Tester kept commenting on how good it was – the ultimate compliment!

Another awesome cheese squash casserole is my Cheesy Southern Yellow Squash Casserole. You should try it! 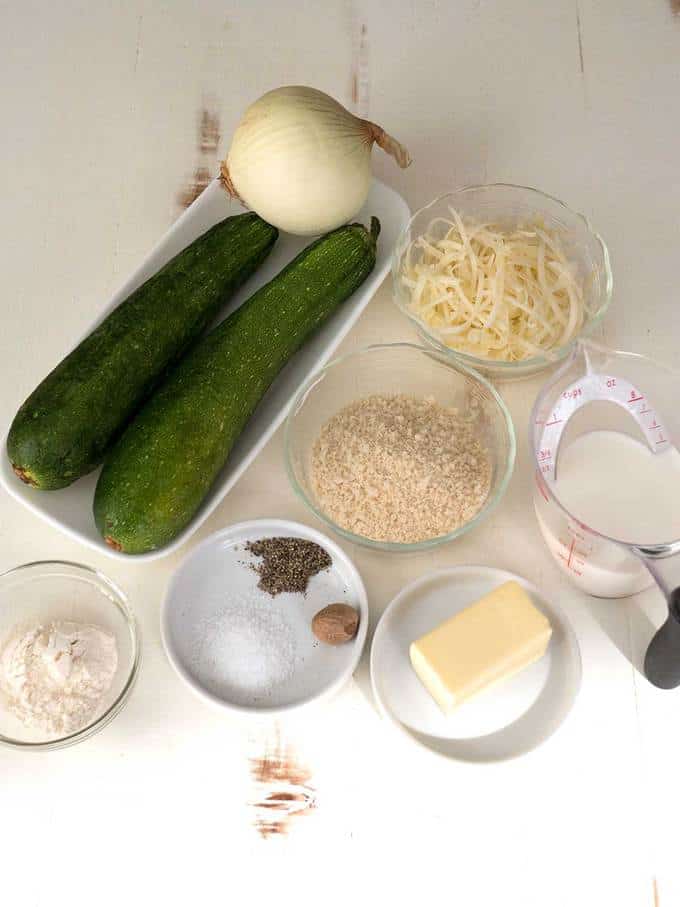 I started by combining the Gruyère cheese and Panko breadcrumbs in a small bowl. 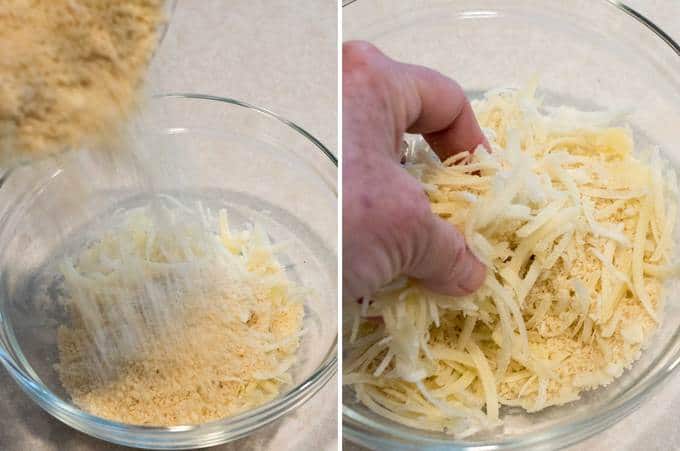 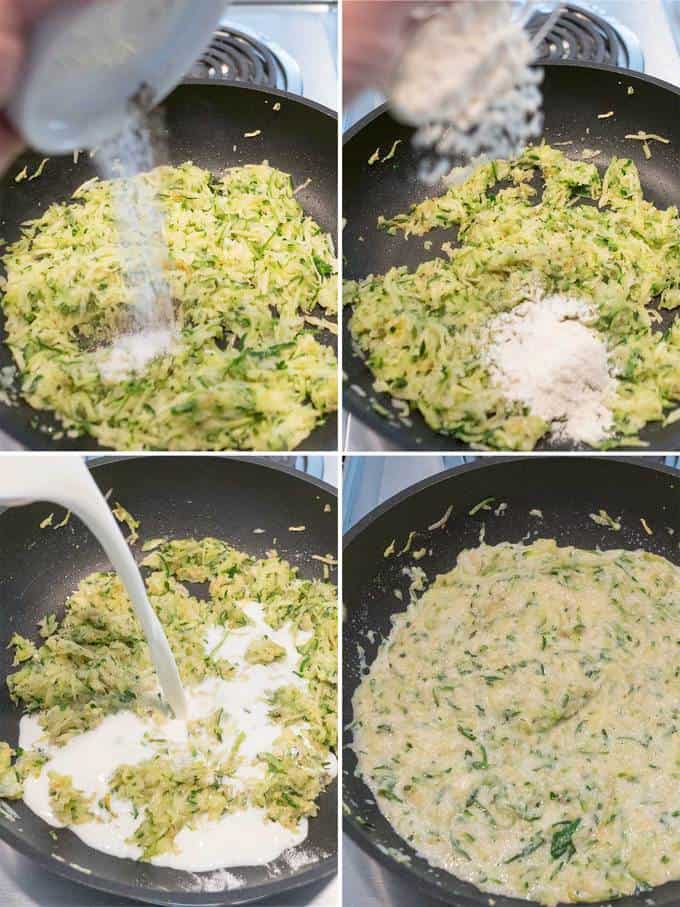 I transferred the zucchini mixture to a baking dish and topped it with the Gruyère/Panko mixture. Finally, I dotted it with some additional unsalted butter. At this point, I could have refrigerated the gratin for a later use. 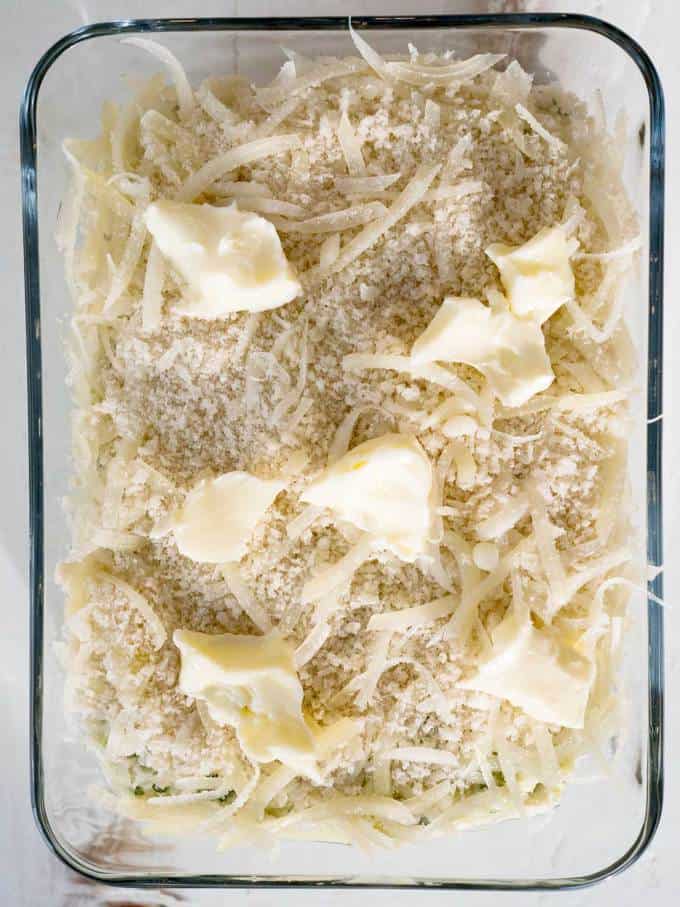 Instead, I popped the zucchini into a preheated 400° F oven for about 20 minutes. After 20 minutes, it was bubbling hot and golden brown. Yum! 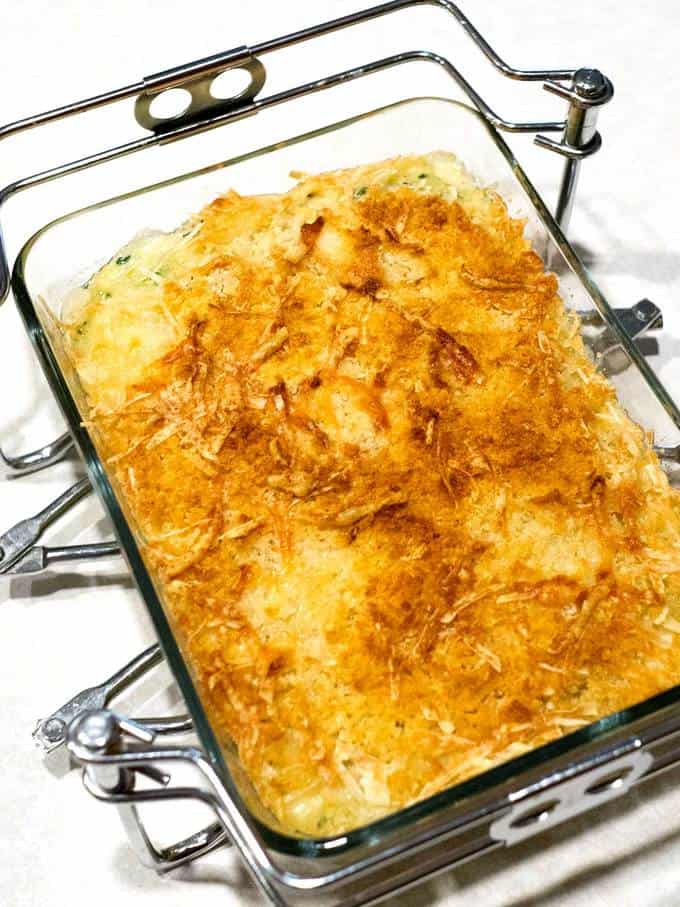 A gratin is a dish topped with a golden browned crust of breadcrumbs and/or melted cheese. In France, gratins are generally made with potatoes. This Easy Make Ahead Zucchini Gratin is an amazing deviation which will have you coming back for more!
4.5 from 14 votes
Print Pin Rate
Course: Side Dish
Cuisine: American
Prep Time: 40 minutes
Cook Time: 20 minutes
Total Time: 1 hour
Servings: 4 servings
Calories: 247kcal
Author: Chula King 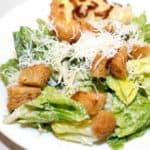 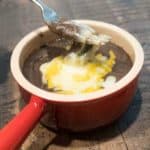 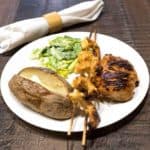