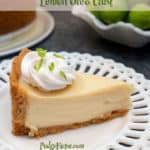 Key Lime Pie is a southern classic that is as delicious as it is easy to make. Absent the crust, Key Lime Pie boasts only three ingredients – Key lime juice, sweetened condensed milk and egg yolks. Traditionally, the crust of choice is graham cracker crust. However, the store-bought graham cracker crust that I intended to use was a broken mess when I opened it. Fortunately, I had some Lemon Oreos on hand and voila – Lemon Oreo Crust was born. 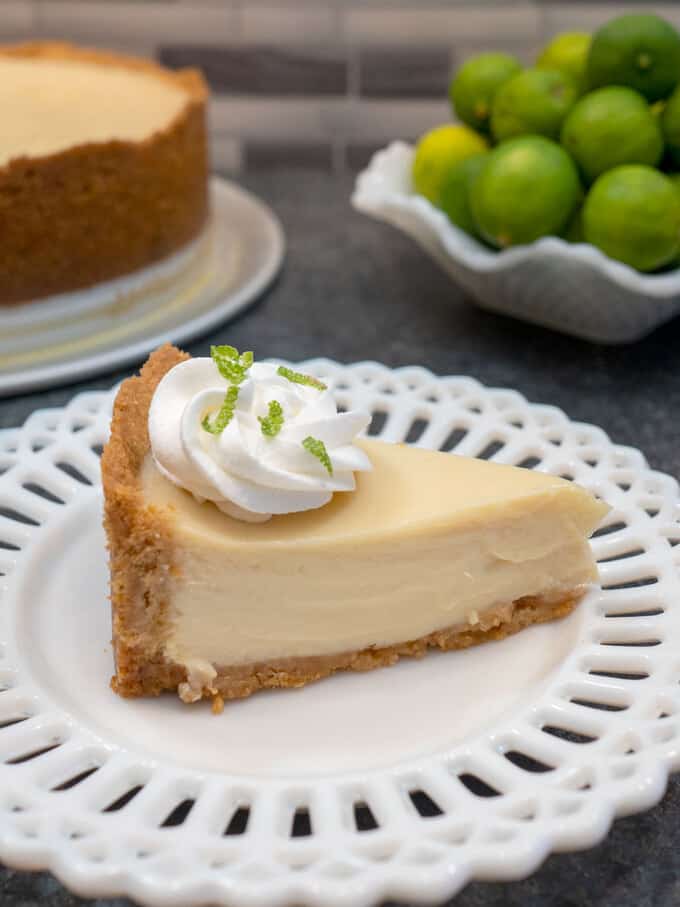 Key limes are so named because of their association with the Florida Keys. They used to be grown commercially in the Florida Keys until a hurricane decimated many of the groves in the 1920’s. Rather than replant the key lime trees, the farmers in the Keys decided to plant the Persian lime trees with the larger fruit. Today, Mexico is a major producer of key limes.

Key limes are significantly smaller than the Persian limes that one can purchase in the grocery store. In addition they are more tart and contain seeds. The green key limes are actually immature fruits that turn yellow as they ripen. Probably the best known use of key limes is in Key Lime Pie. 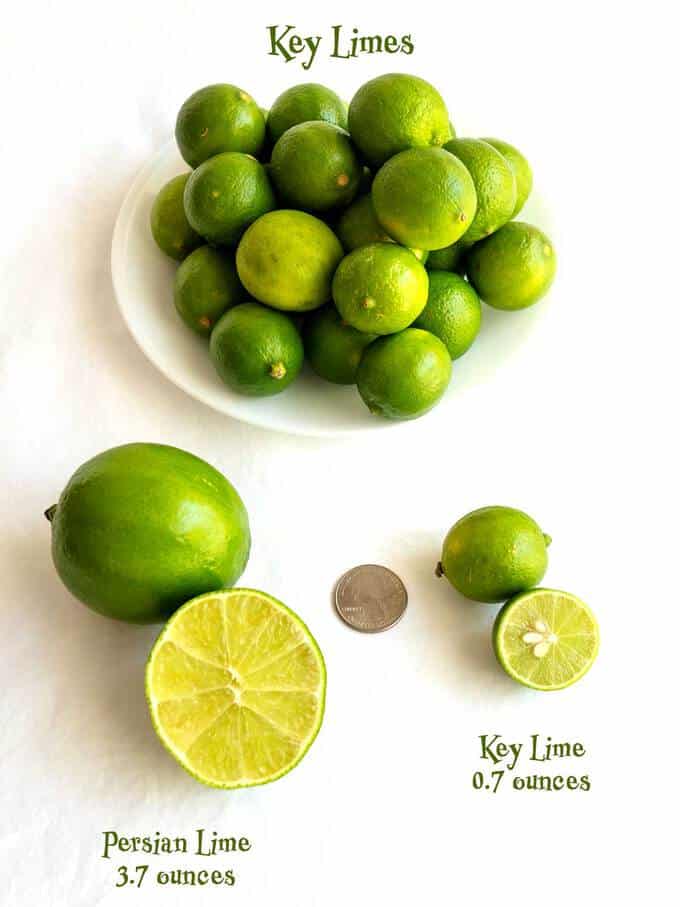 I started by processing the Lemon Oreos in my food processor fitted with a steel blade until they were crumbs. This took about a minute. Then, I added the melted butter to the food processor and pulse processed the mixture 5 or 6 times until things were nicely combined.

I went back and forth about whether to use a pie plate or a spring-form pan. As it turned out, the spring-form pan won! In retrospect, I think that it was the better choice because it made it so much easier to serve this delicious pie. 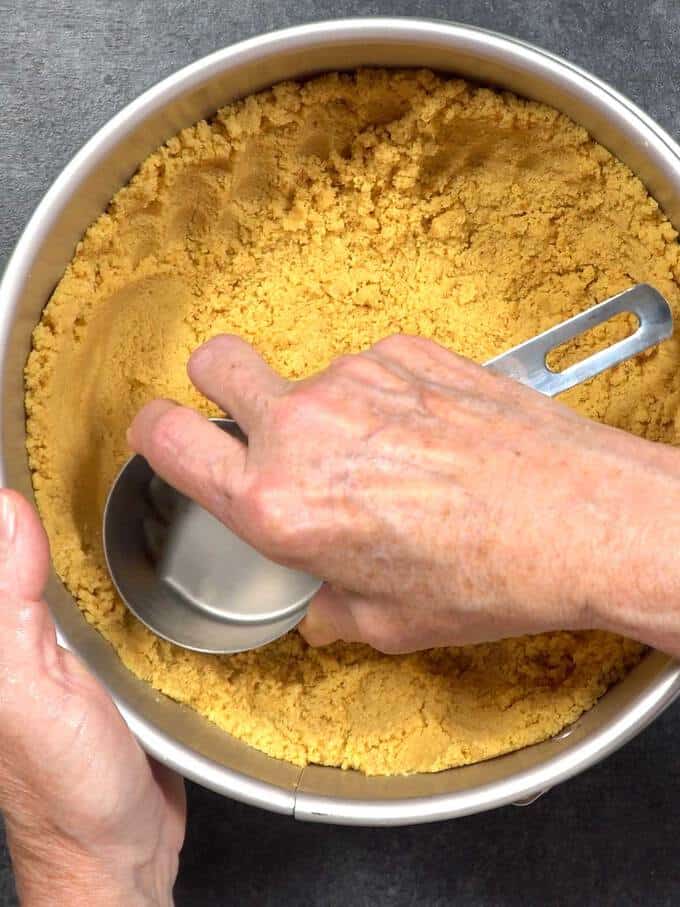 After the crust was formed, I popped it into a preheated 350°F oven for about 5 minutes. After 5 minutes, the crust was set, so I removed it from the oven and let it cool.

The most time-consuming part of making this awesome pie was juicing the key limes. I cut the key limes in half. After a bit of trial and error, I placed 3 of the halves into my citrus juicer and juiced away. In no time at all, I had the cup of the key lime juice that I needed. As an aside, you could always use regular limes for this pie instead of the key limes. 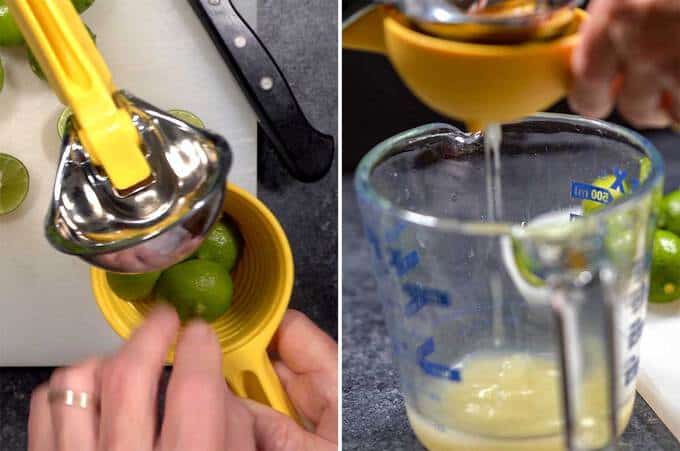 Once I had the juice, I combined it with the sweetened condensed milk. Then, I whisked in the egg yolks which I had beaten. Once the filling was well incorporated, I poured it into the prepared crust.

I baked the pie in a preheated 350°F oven for 25 minutes. After 25 minutes, I removed the Key Lime Pie from the oven and let it cool. Once it was cool, I covered it with aluminum foil and put it in the refrigerator so that it could completely chill.

Now, the moment of truth! I uncovered the Key Lime Pie, removed the outer ring of the spring-form pan and cut a slice. 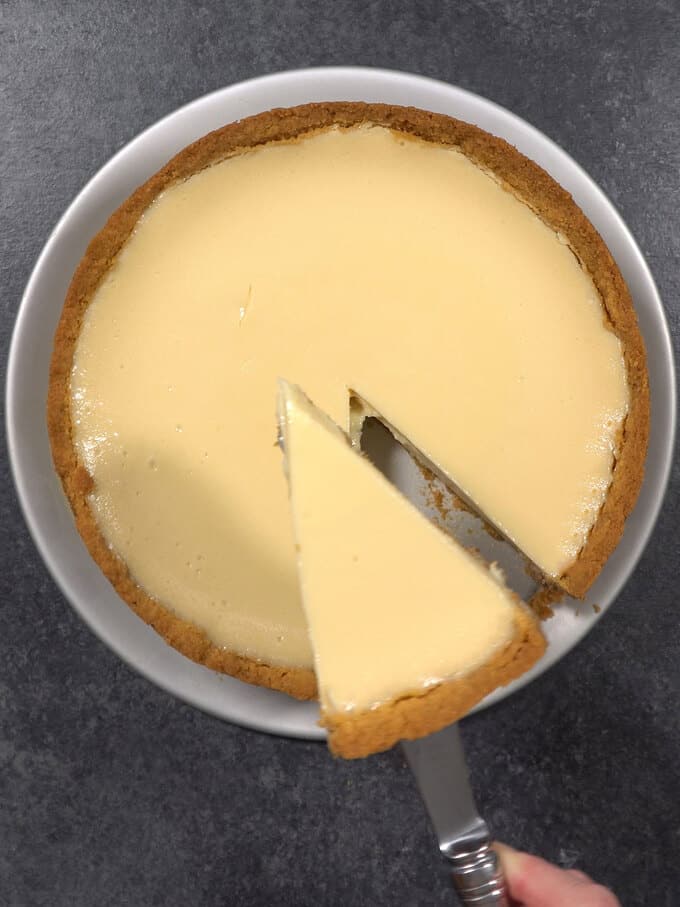 I served the Key Lime Pie with Lemon Oreo Crust with a swirl of whipped cream and a sprinkling of lime zest. It was perfect. The Lemon Oreo Crust perfectly complimented the filling that had just the right combination of tartness and sweetness. Yum! 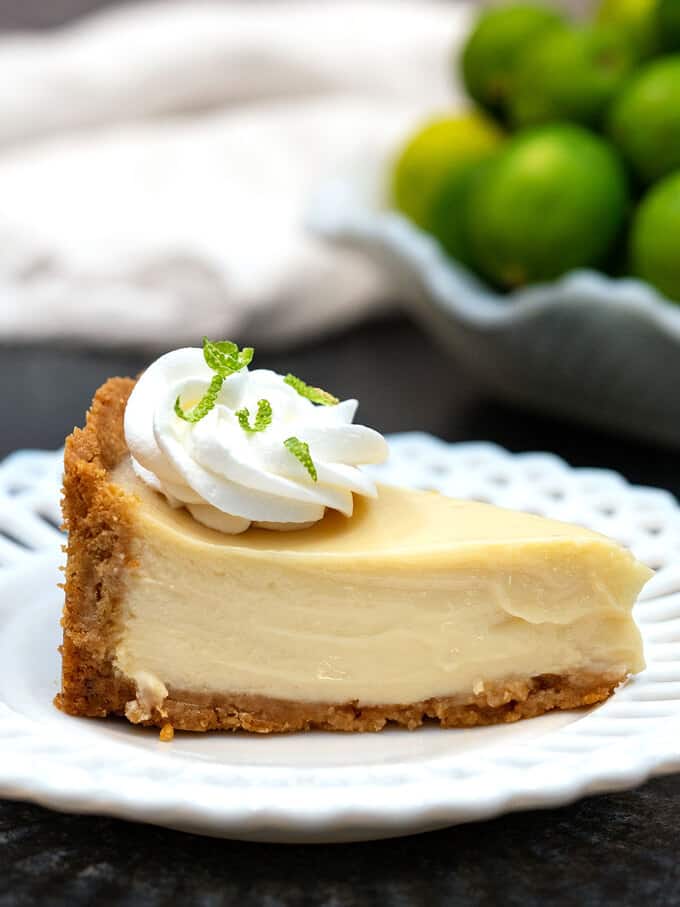 If you like key lime pie, but don’t want to make a whole pie, you should try my Key Lime Tartlets with Cream Cheese Pastry. They are little bites of heaven! 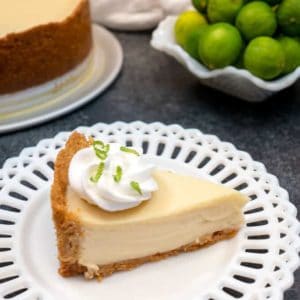