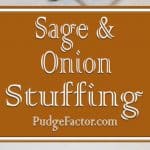 Dressing or Stuffing – which one is it? Well, in the South it’s generally Dressing, whether it goes into the turkey or not. However, because this is replicating what the Master Taste Tester remembered from growing up in England, we’ll call it Stuffing, even though it doesn’t go into the turkey! 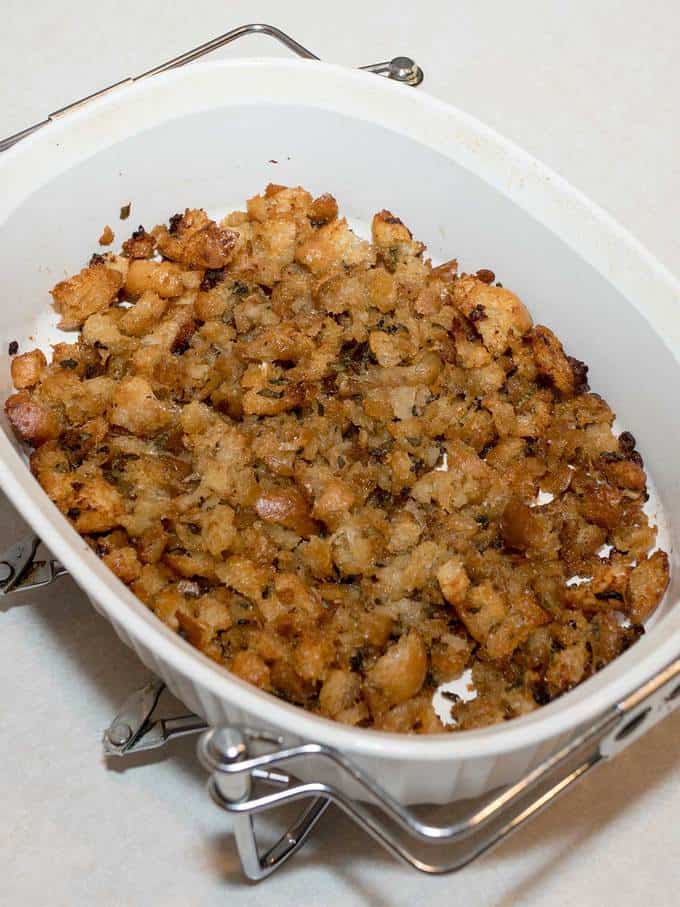 Over the years, the Master Taste Tester often commented about how much he liked his mother’s Sage and Onion Stuffing. Unfortunately, he didn’t get the recipe. So through the years, I’ve experimented with trying to recreate his mother’s recipe. With Thanksgiving approaching, I decided to try one more time. This time – a success!

I used the following ingredients for the Sage and Onion Stuffing: Butter, vegetable oil, onion, dried bread pieces, fresh sage, chicken broth, salt, and freshly ground black pepper. The Master Taste Tester said that the bread pieces should be small, but not so small as to be called crumbs. 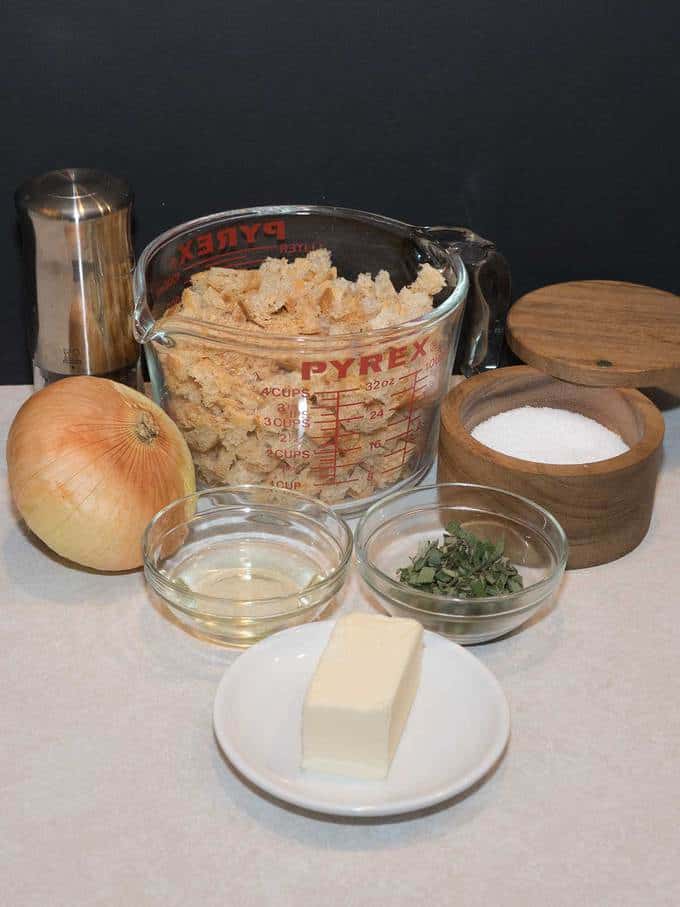 Making the Sage and Onion Stuffing

I heated the butter and oil in a 12-inch skillet over medium heat, until the butter melted. Then I added the onion and cooked it for about 10 minutes, until it softened. I made sure that the onion didn’t brown. 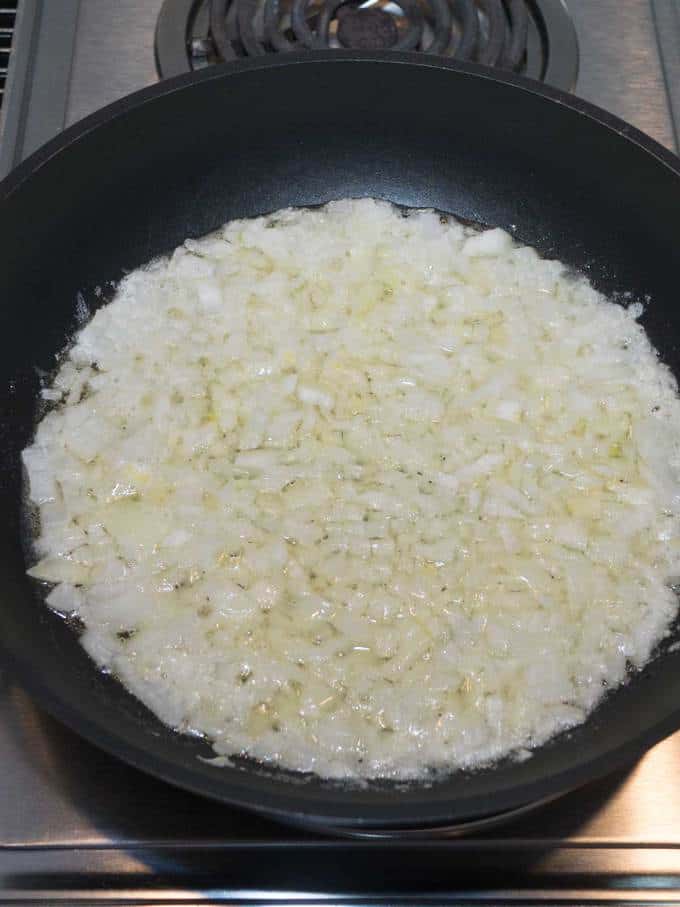 Then I added the bread pieces and sage, stirred to combine everything, and gave the Master Taste Tester a taste. 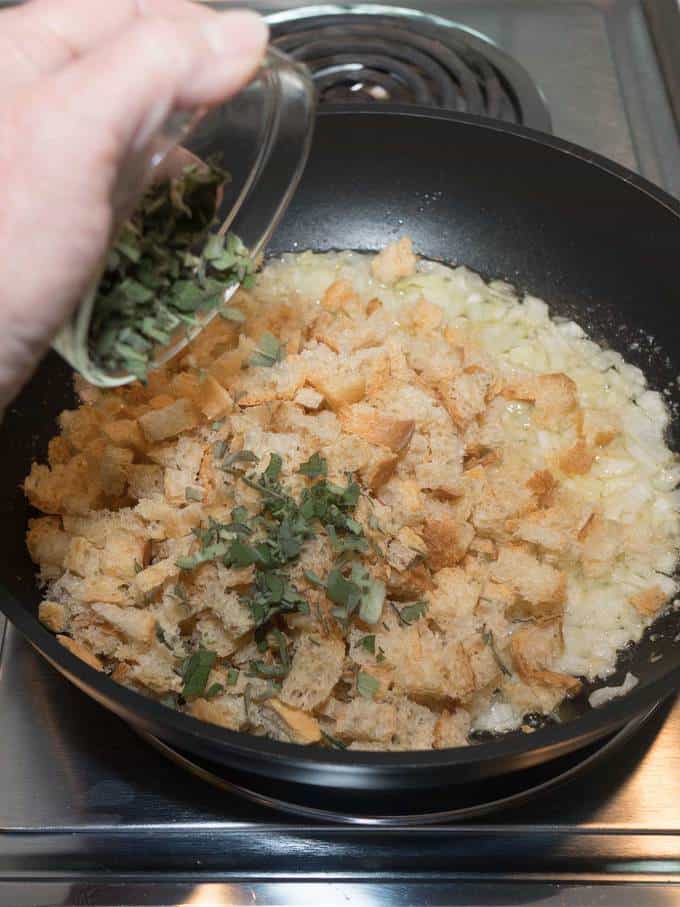 He said that it needed some salt and pepper, and that it shouldn’t be totally loose. so I added salt, pepper, and some chicken broth. After another taste, the Master Taste Tester said that it needed some more binding, so I added another bit of chicken broth. His conclusion was that it was “close.” He said that his mother put the Sage and Onion Stuffing in a large enough container such that it was no more than 1-inch deep, so that’s what I did. 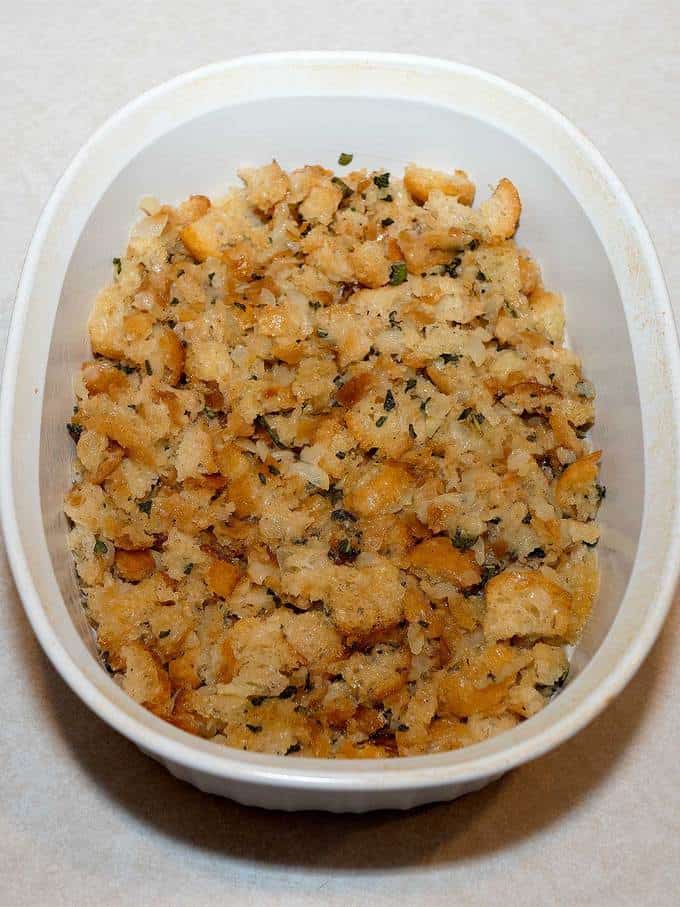 Into a 350° F oven it went for 45 minutes. He said that his mother would periodically take the stuffing out of the oven and give it a stir to crisp up the bread, so I did that after 15 minutes, and after another 15 minutes.

The Sage and Onion Stuffing was delicious, with buttery bread pieces, and yummy onions highlighted by the taste of sage. Yum! 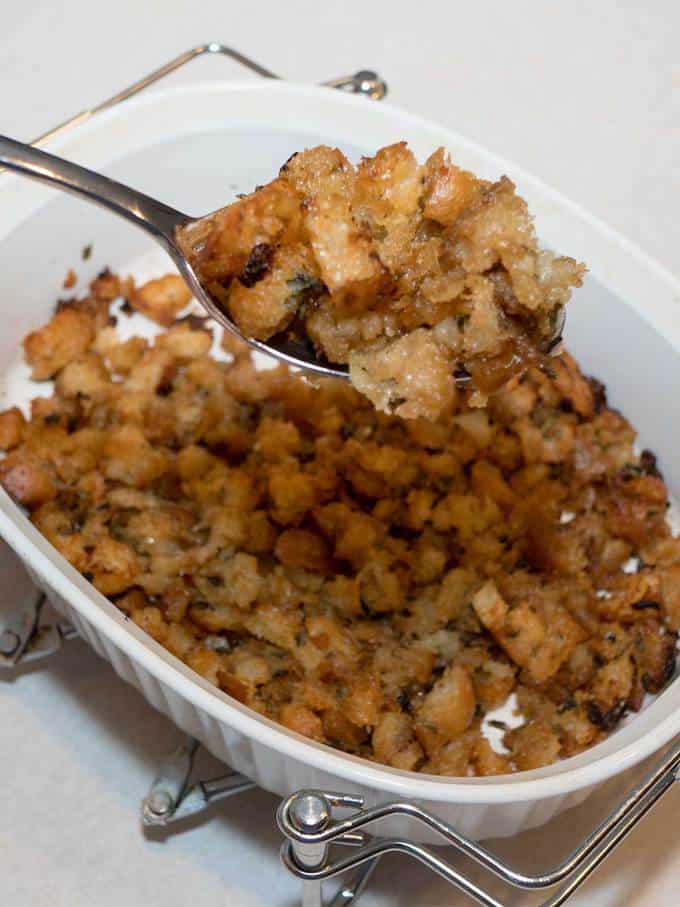 If you’re looking for another stuffing/dressing recipe, check out my Mushroom Wild Rice Dressing.

I hope you liked this recipe for Sage and Onion Stuffing as much as I do. If so, please consider rating it and leaving a comment. Also, if you’d like to receive notifications of new posts by email, ever your email address in the Subscribe box. 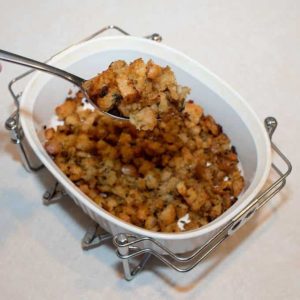 Dressing or Stuffing – which one is it? Well, in the South, it’s generally Dressing whether it goes into the turkey or not. However, because this is replicating what the Master Taste Tester remembered from growing up in England, we’ll call it Stuffing, even though it doesn’t go into the turkey!
5 from 1 vote
Print Pin Rate
Course: Side Dish
Cuisine: British
Prep Time: 15 minutes
Cook Time: 45 minutes
Total Time: 1 hour
Servings: 4 servings
Calories: 220kcal
Author: Chula King