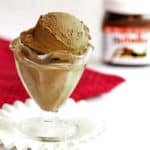 Nutella Gelato is creamy smooth indulgence on a hot summer day. Unlike a lot of frozen desserts, Nutella Gelato doesn’t get rock hard or grainy in the freezer. It’s easy to make and absolutely delicious. 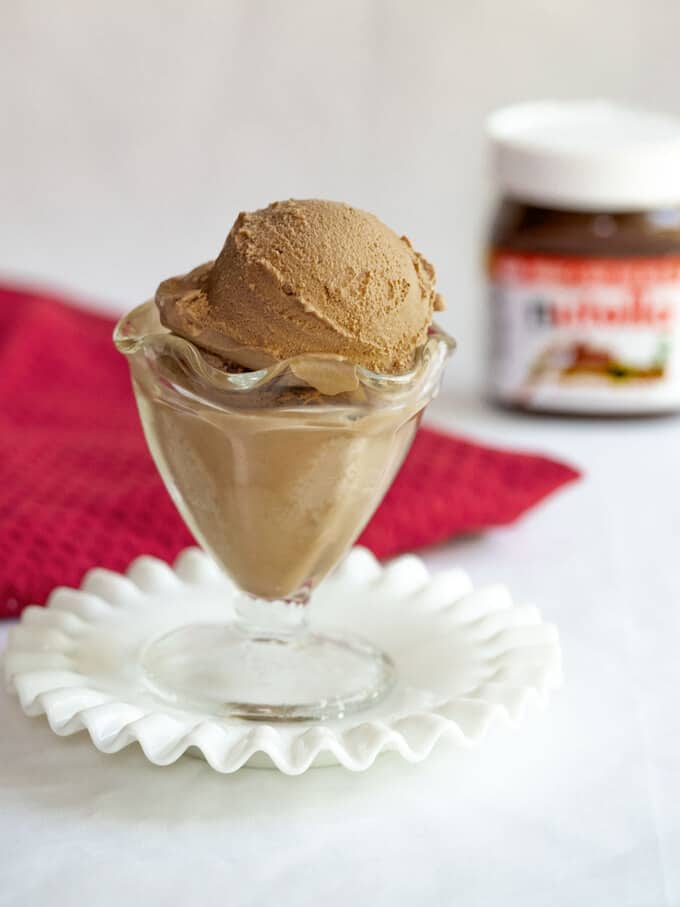 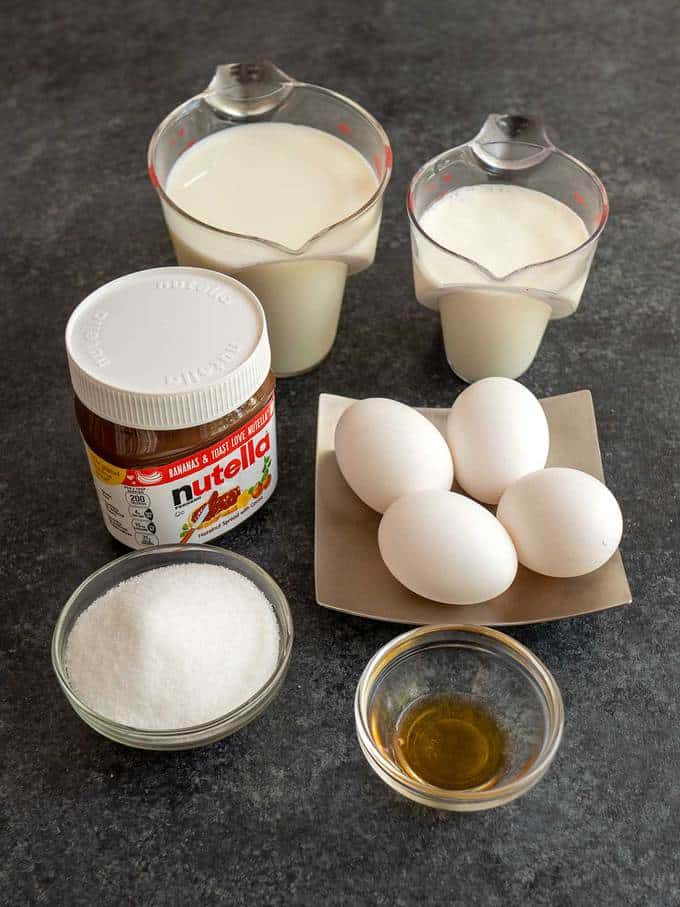 Making the Custard Base

First, I combined the milk, cream and ¼ cup of sugar in a saucepan. I heated the mixture over medium heat for about 5 minutes to dissolve the sugar. 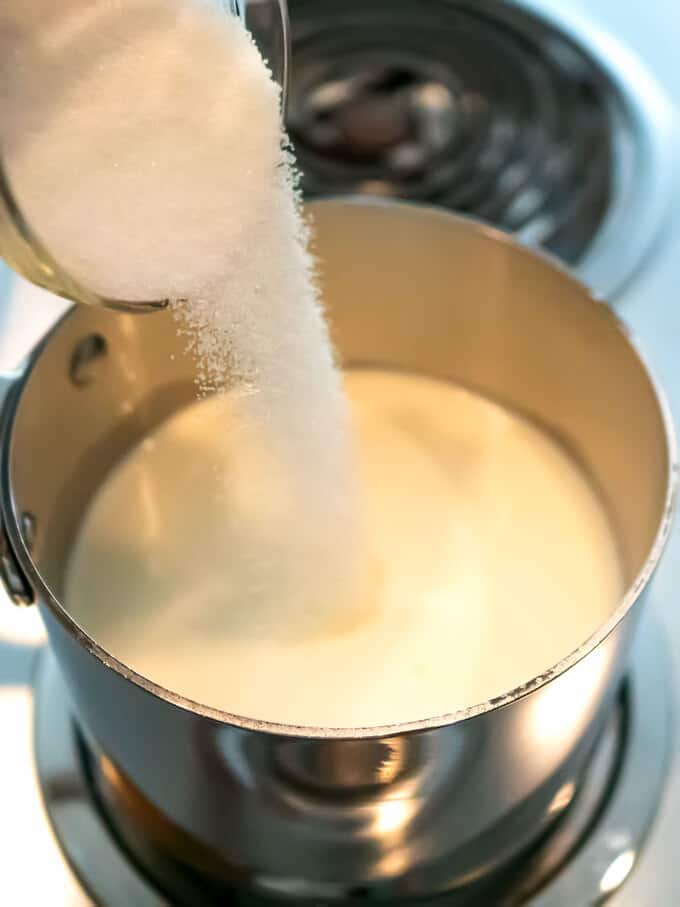 While the milk mixture was heating, I beat the egg yolks with the remaining ¼ cup of sugar until they were thick and very pale. This took about 4 minutes. 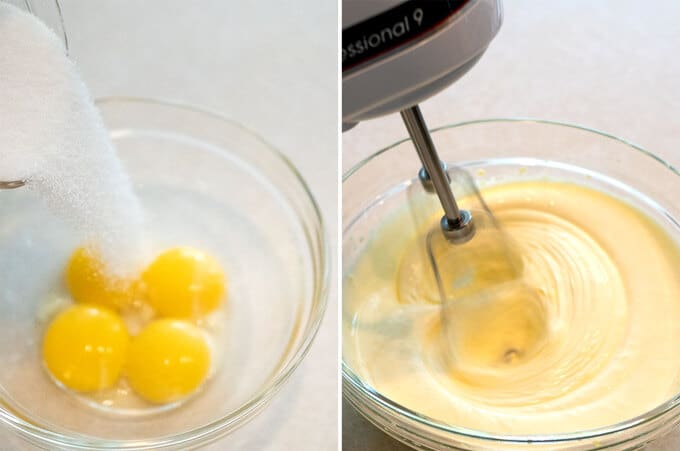 Next, I tempered the egg yolks by stirring in about ½ cup of the heated milk mixture. The tempering is important because it prevents the egg yolks from cooking when added to the hot liquid. 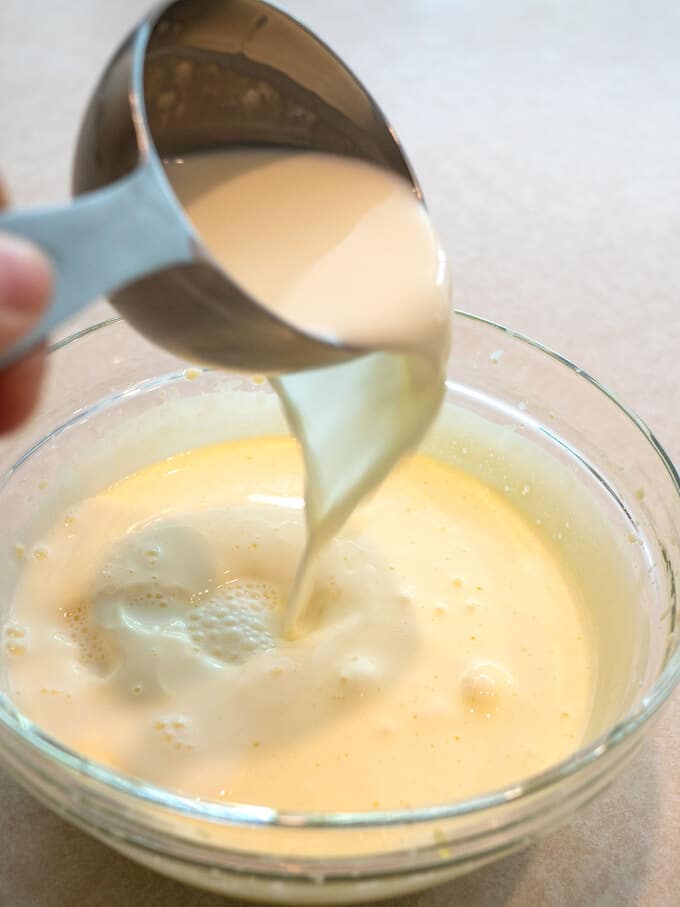 Once the hot milk mixture was fully incorporated into the egg yolks, I poured egg yolk mixture into saucepan. 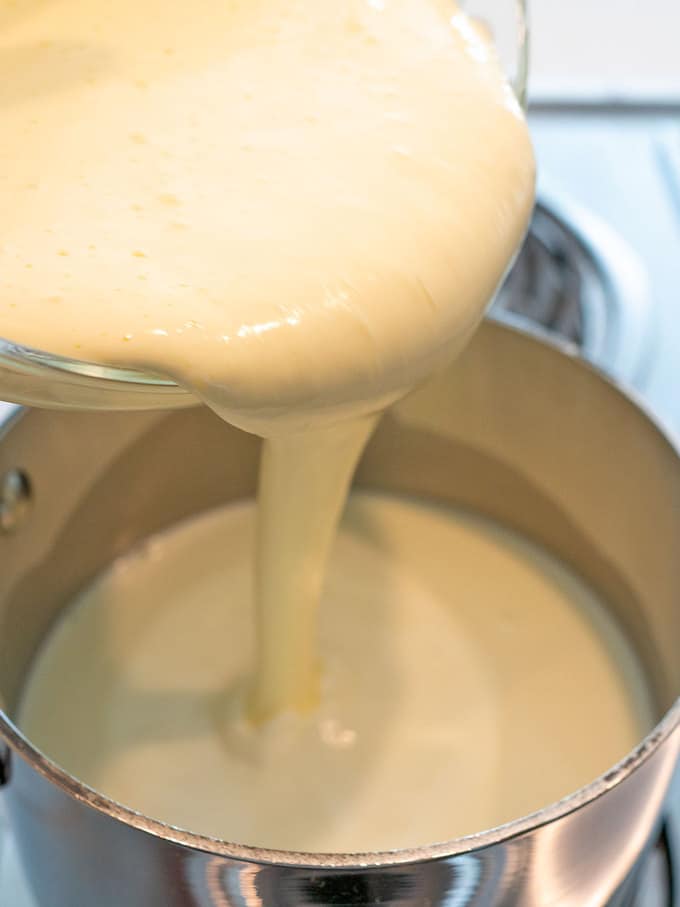 I cooked the custard over medium low heat, stirring constantly, until it was thick enough to coat the back of my wooden spoon and leave a trail when I ran my finger along the back. This took about 10 minutes. 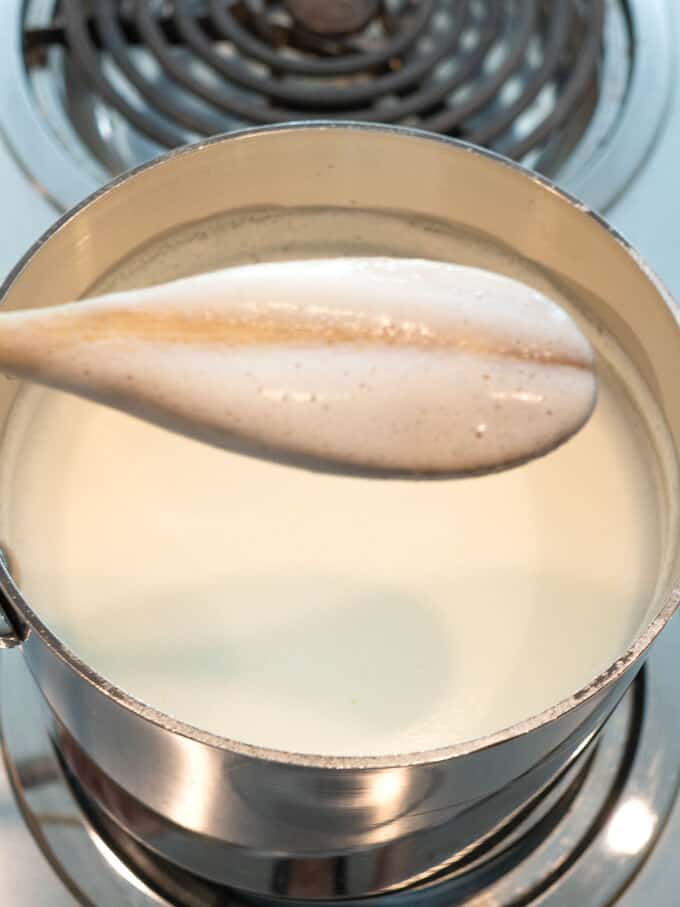 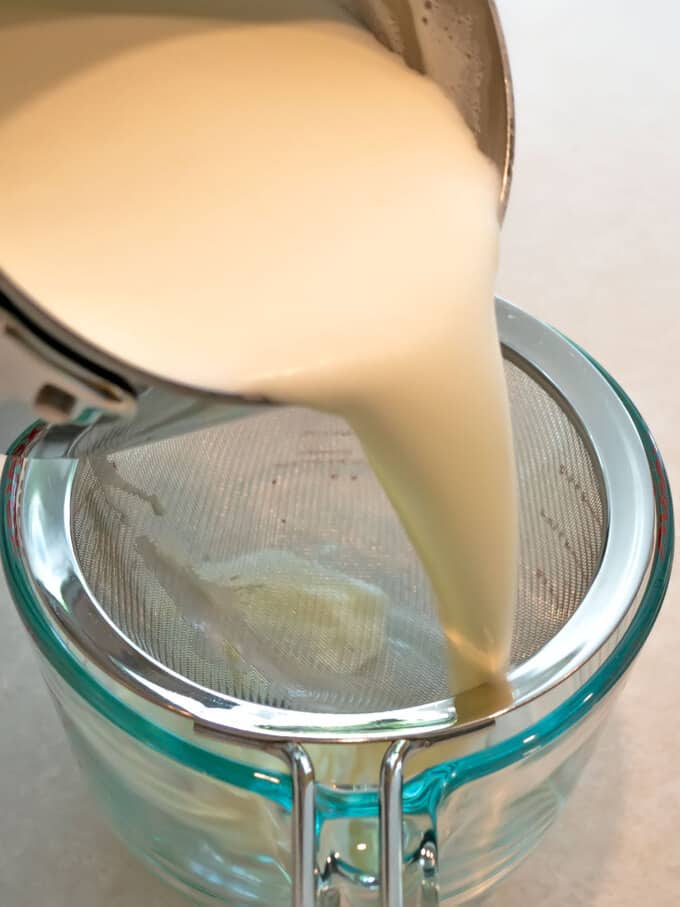 Now that the custard was ready, I finished it off by adding the Nutella and vanilla extract. I whisked the mixture until the Nutella was dissolved into the warm custard. 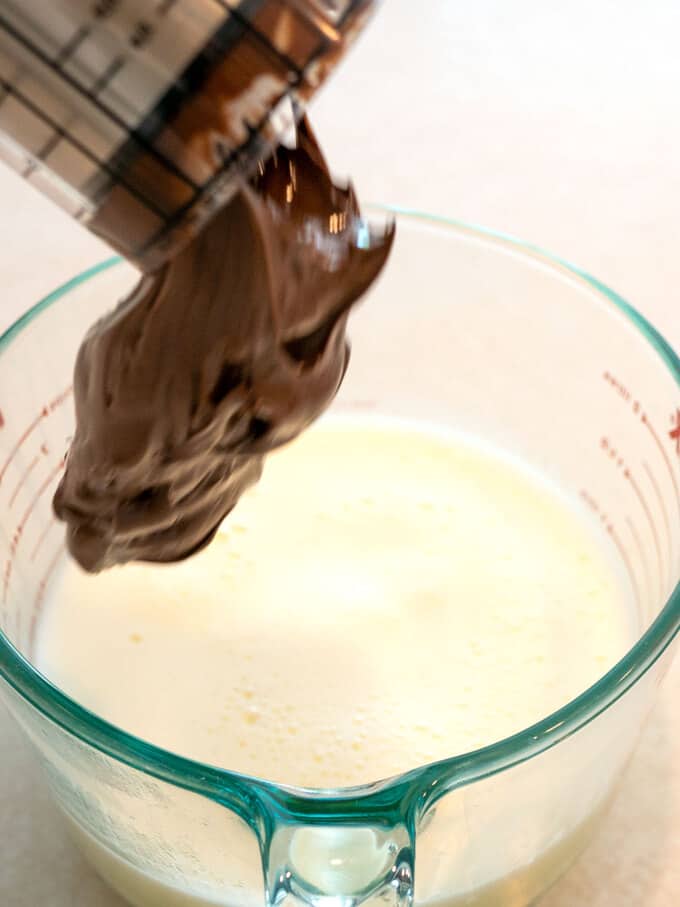 Then, I covered the measuring cup with plastic wrap and put it into the refrigerator so that it could get cold. I could have also put it into the freezer. Basically, I wanted the gelato mixture to cool to somewhere between 36° F and 40° F. 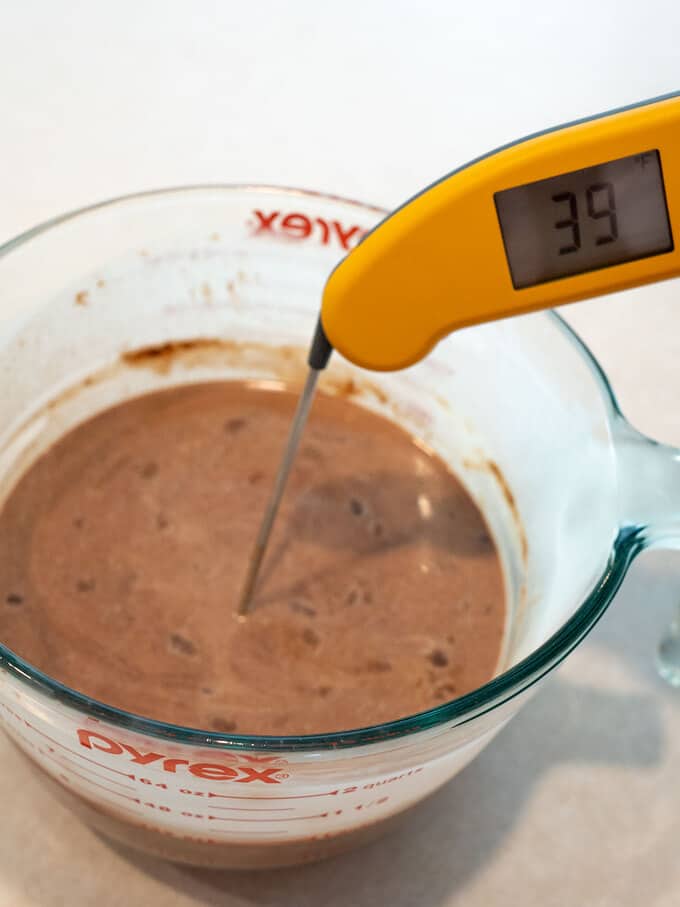 When the mixture reached 39° F, it was ready to be transferred to my ice cream maker. I carefully poured the gelato mixture into the ice cream maker with it running. 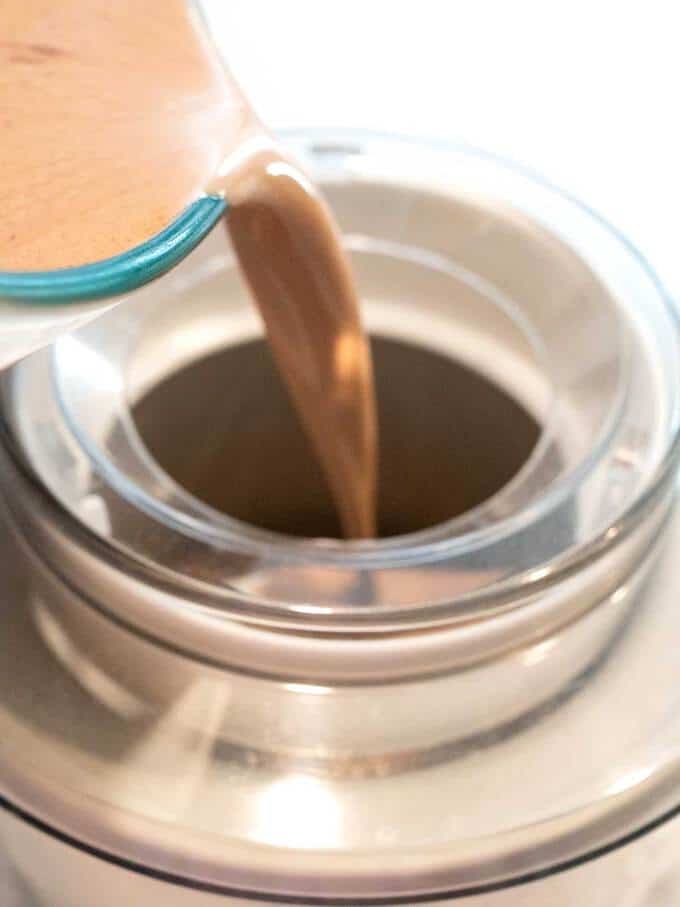 After about 25 minutes, the Nutella Gelato had firmed up and was ready to be removed from the ice cream maker. 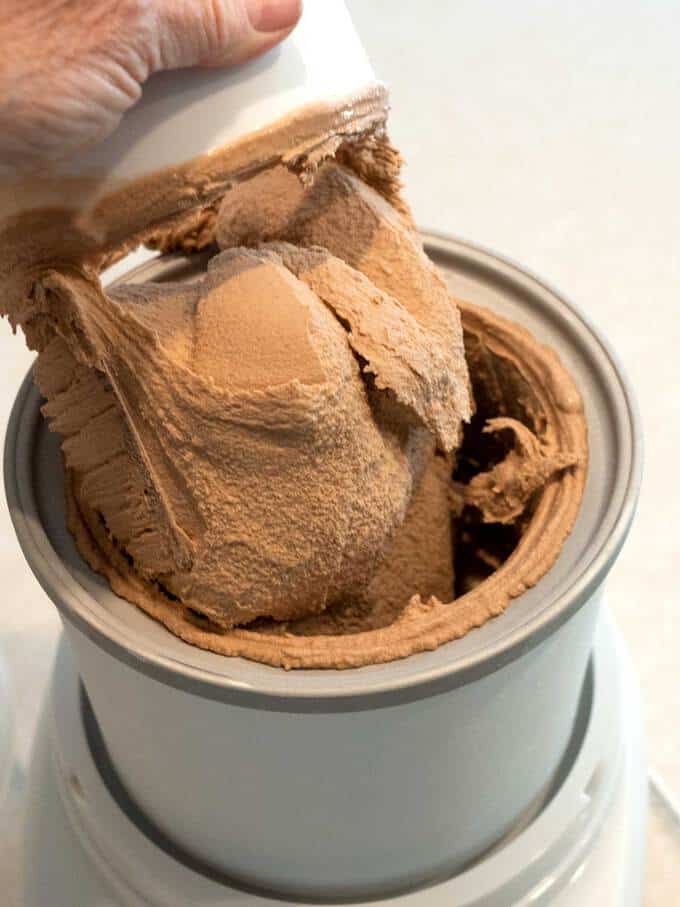 I transferred the Nutella Gelato to a bowl, covered it and put it into the freezer. The chocolate taste was subtle and the texture was smooth and creamy. The Master Taste Tester commented that even though the texture was different, it tasted like the chocolate blancmange that his grandmother used to make when he was a little boy.

At some point, I’m going to try my hand at the chocolate blancmange. For the time being, however, this Nutella Gelato is amazing. It’s the perfect indulgence for a hot summer day. Yum! 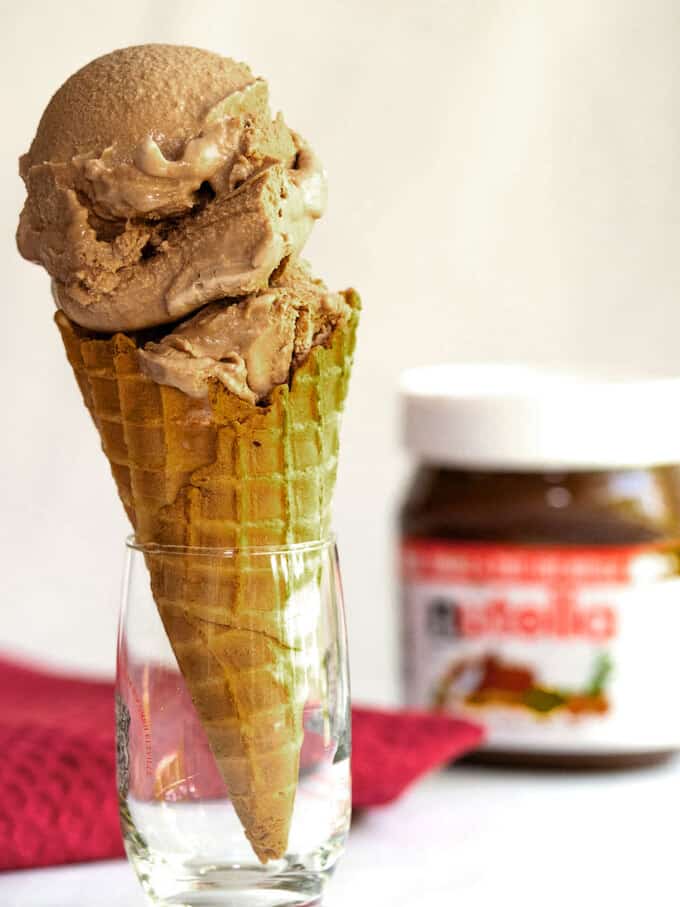 If you like this gelato, you should also consider trying one of these delicious ice creams: 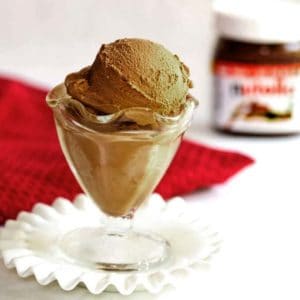