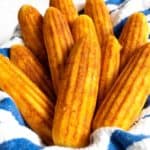 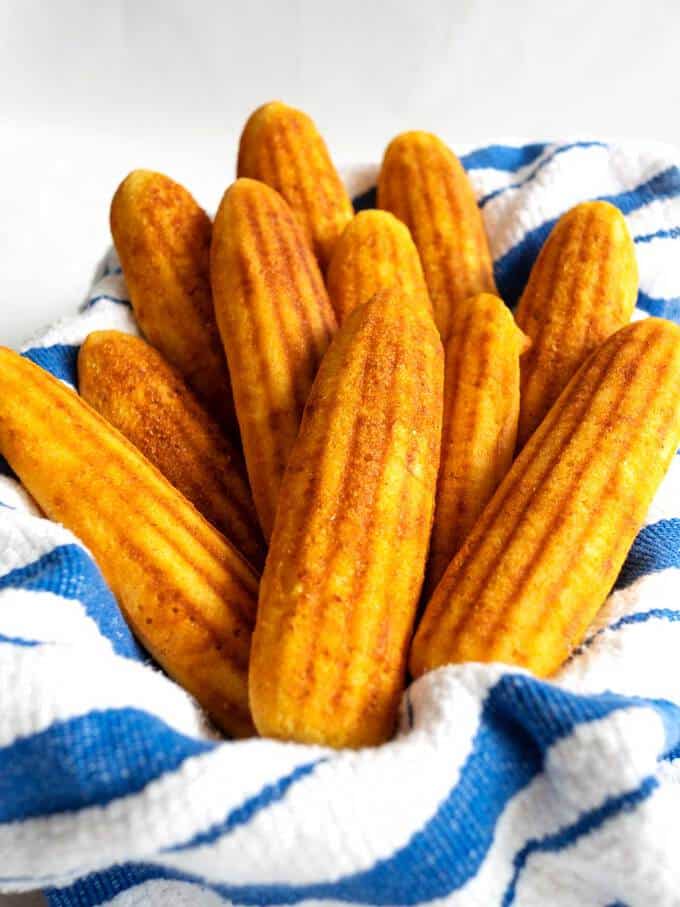 I used the following simple ingredients for these delicious cornbread sticks, inspired by a recipe on the Genius Kitchen site: Unsalted butter, buttermilk, egg, yellow cornmeal, all-purpose flour, Kosher salt, baking soda and a touch of cayenne pepper. You can certainly omit the cayenne pepper if you want. I also used some vegetable oil to brush on the pan. 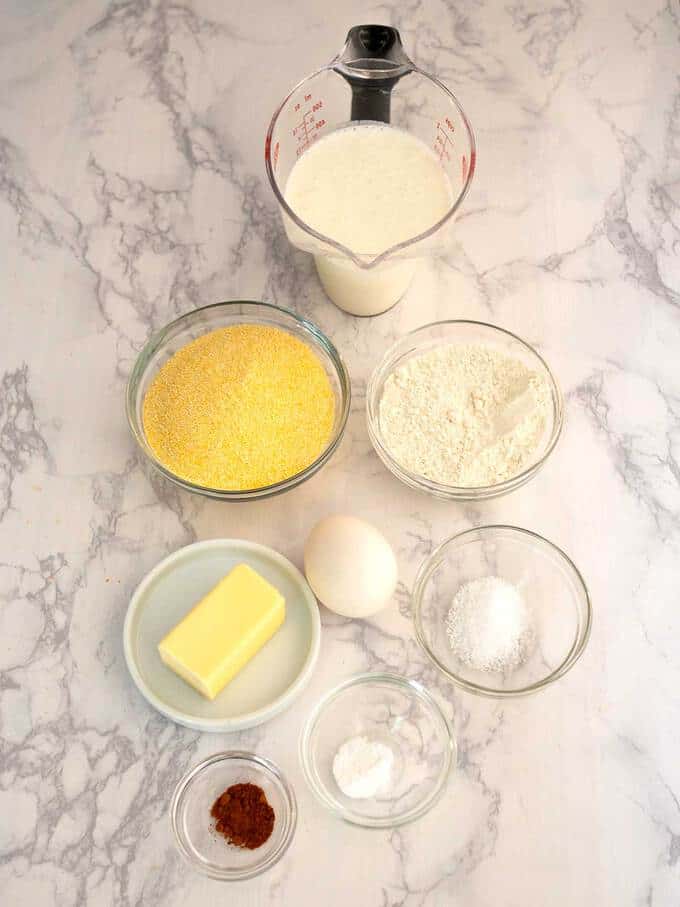 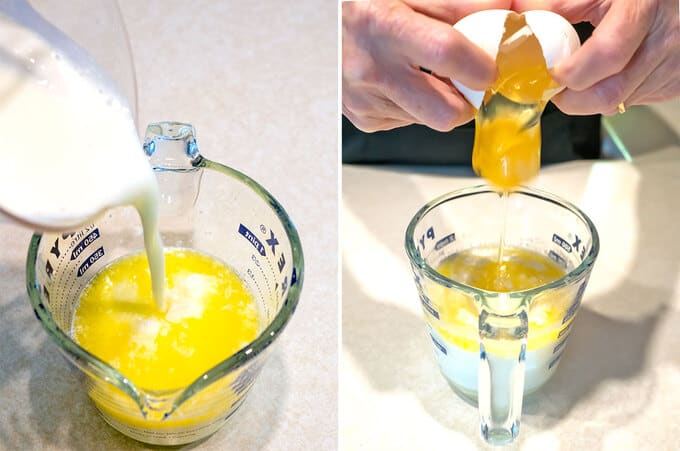 For the dry ingredients, I whisked together the cornmeal, flour, salt, baking soda and cayenne pepper in a medium bowl until everything was well combined. 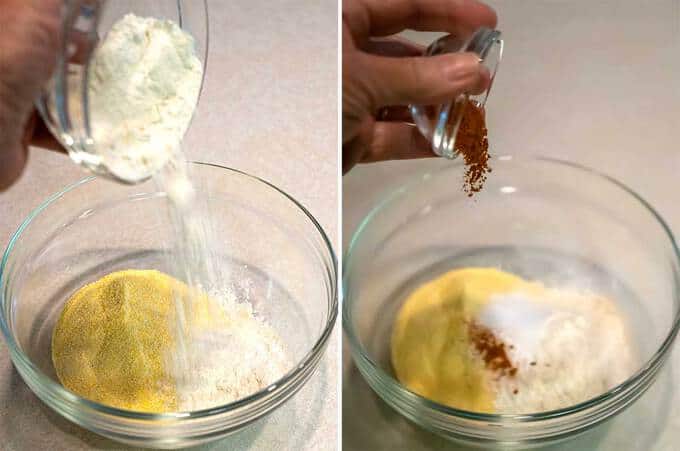 First, I added the wet ingredients to the dry ingredients. Then, I stirred everything together, just until the ingredients were combined. I didn’t want to overmix the batter. 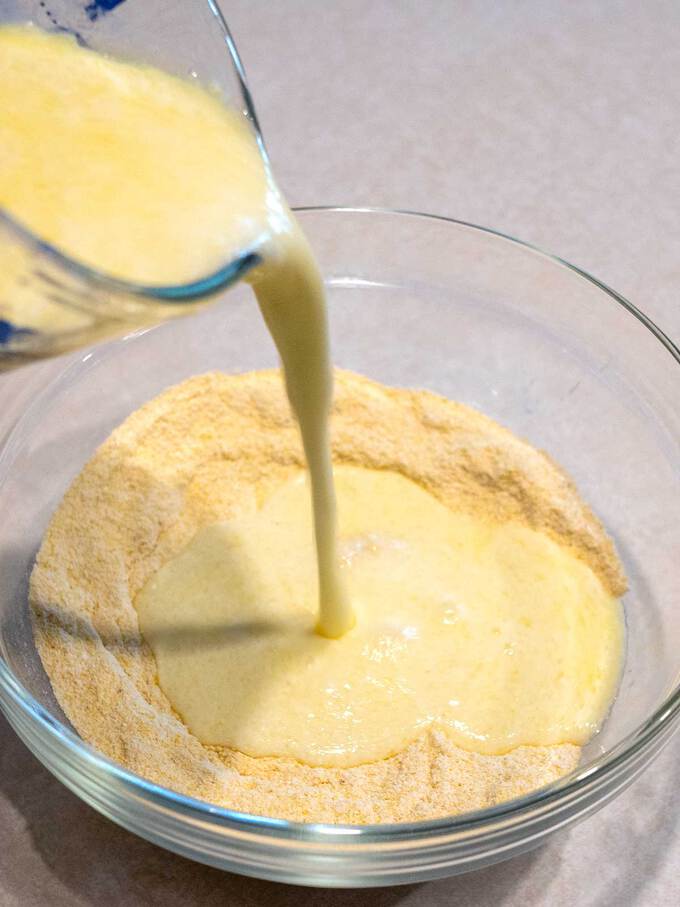 When the batter was ready, I placed the cast iron cornstick pan into a preheated 450° F oven for about 5 minutes until it was hot. Next, I removed the pan from the oven and brushed it with a little vegetable oil. After that, I added the batter to the hot pan using an ice cream scoop. As an aside, if you don’t have a cornstick pan, you can use a regular muffin pan. 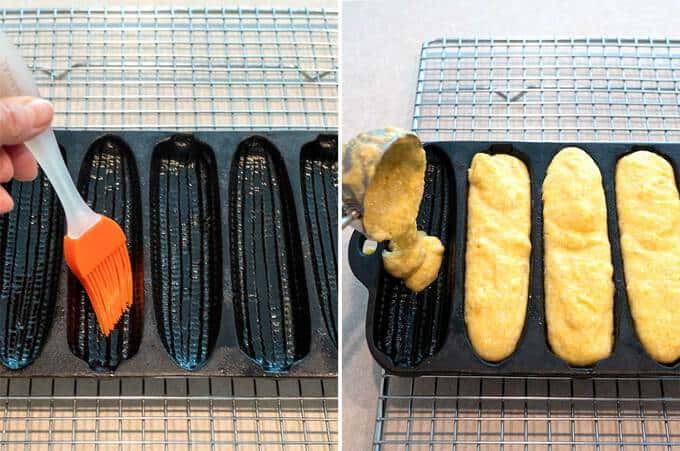 I popped the pan into the 450° F oven for 18 minutes. After 18 minutes, the cornbread sticks were golden brown and perfectly cooked.

I removed the pan from the oven. Then, I let the cornbread sticks cool for about 5 minutes before removing them from the pan. I repeated this with the remaining batter. 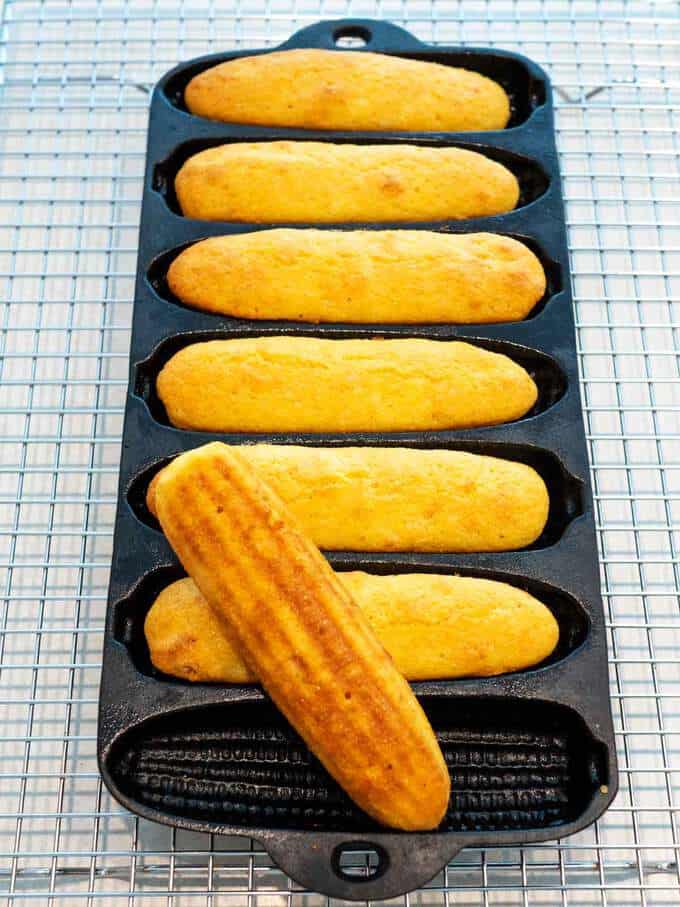 I ended up with 12 absolutely delicious Southern Cornbread Sticks. They were crispy on the outside, and tender and moist on the inside. They were perfect with my Vegetarian Chili and Creamy Fresh Tomato Soup (stay tuned!). The heated leftovers were just as good as the fresh out-of-the-oven cornbread sticks. Yum! 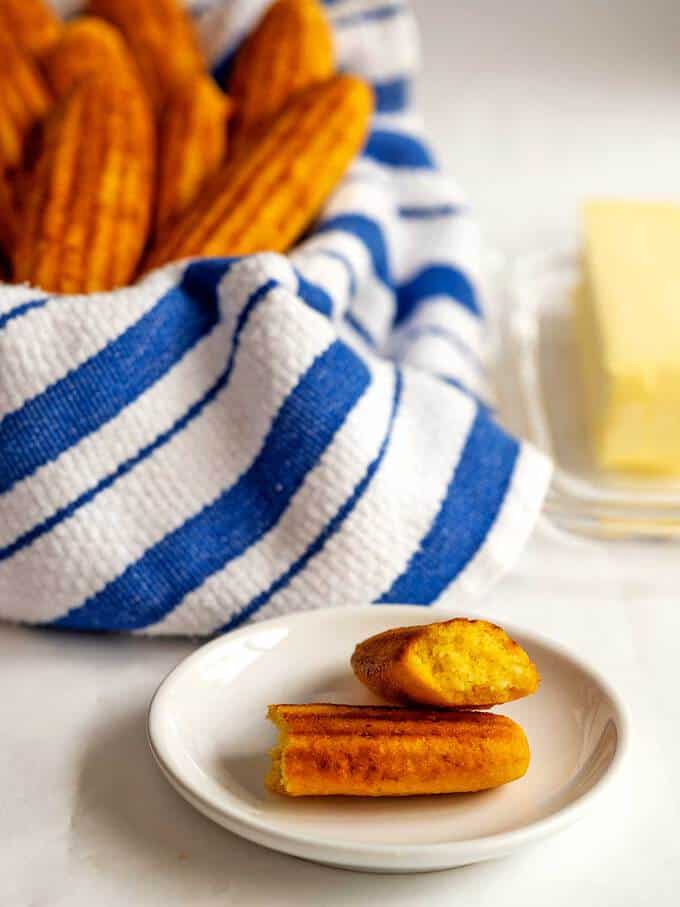 If you like cornbread, you should also try my Louisiana Skillet Cornbread, Honey Cornbread Muffins and Southern Hushpuppies! 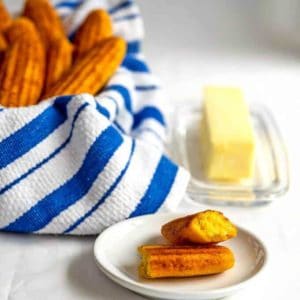 Southern Cornbread Sticks are crispy on the outside, and moist and tender on the inside. They are a snap to make and are perfect with soups and stews.
5 from 6 votes
Print Pin Rate
Course: Bread
Cuisine: Southern
Prep Time: 10 minutes
Cook Time: 36 minutes
Total Time: 46 minutes
Servings: 12 cornbread sticks
Calories: 136kcal
Author: Chula King