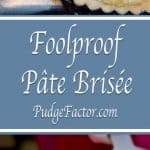 Foolproof Pâte Brisée Tart Crust – that’s an oxymoron, isn’t it? Well, I would have considered it an oxymoron before today. I’ve been making pies, tarts and quiches for more years than I care to remember. From an early age, I never remember homemade crust to be a problem. Then along came Alton Brown who suggested that store-bought pie crust was the way to go, so I made the switch. 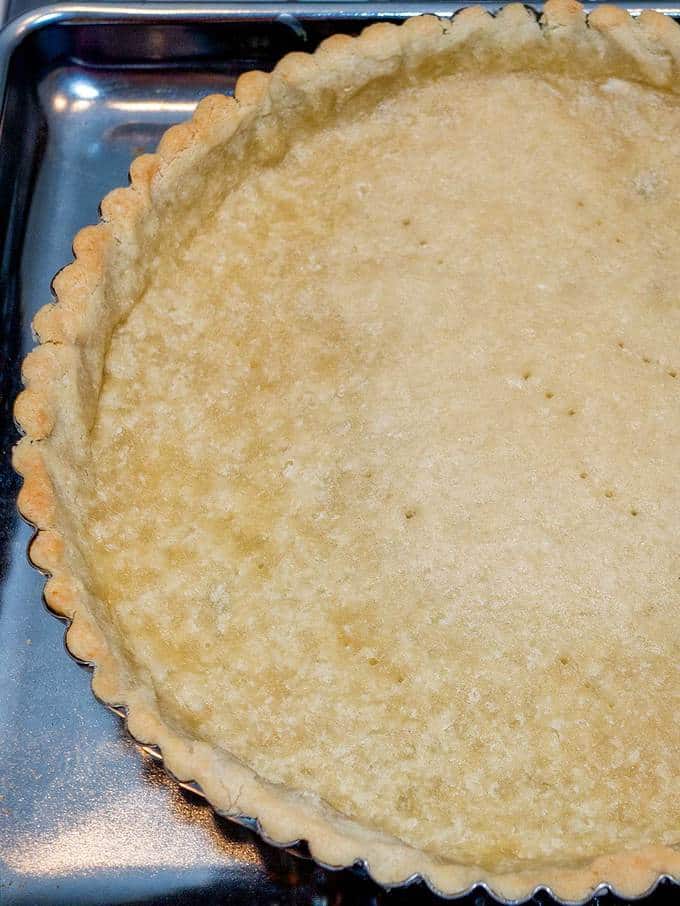 Now, all of a sudden, the store-bought pie crusts have become a disaster, at least from the perspective of pre-baked crusts for tarts and quiches. The disasters include, significant shrinkage, collapsing sides, and most significantly cracks that render the crusts unusable. I’ve tried everything that I could think of to remedy the disasters, but to no avail. My solution was ditching the store-bought crusts and reverting to homemade. In making the switch, however, I wanted both “easy” and “foolproof.” Well, here you have it!

The “foolproof” is substituting Vodka for half of the water that is otherwise added to the dough. What – Vodka? The use of Vodka actually appeared in Cooks Illustrated sometime back. Also Scientific American included the “science” behind it. Basically, 80 proof Vodka is only 60% water. Although the Vodka helps to combine the dough, it doesn’t contribute to gluten formation. Thus, the flakier crust! Actually, you could use any liquor such as Bourbon or Rum (for pecan pie), Calvados (for apple tart), Gin (for lemon or lime tart), etc. However, the benefit of using Vodka is that it doesn’t add any taste. 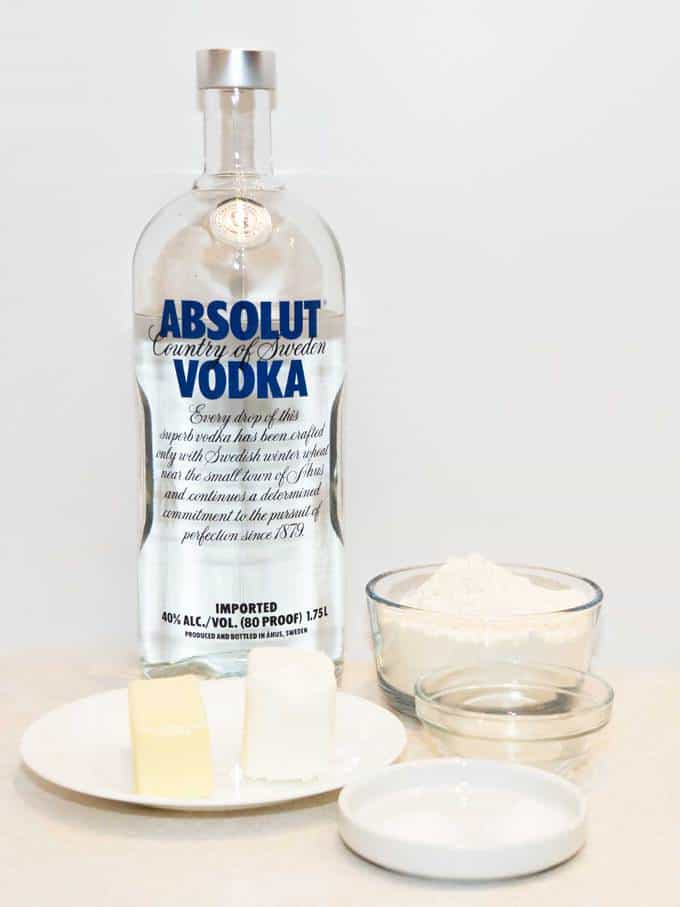 For starters, I added the flour, salt, and sugar to my food processor, fitted with a steel blade, and pulsed it 4 or 5 times to combine everything. Then I added the butter and shortening, which were cold and cut into small pieces, and pulsed it 8 or 9 times until the mixture resembled coarse meal. 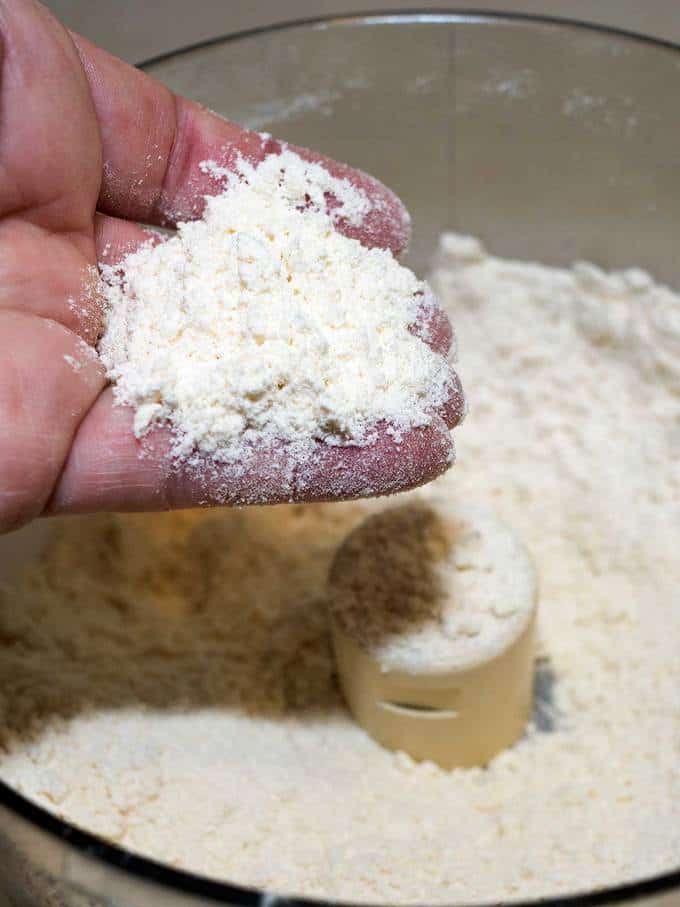 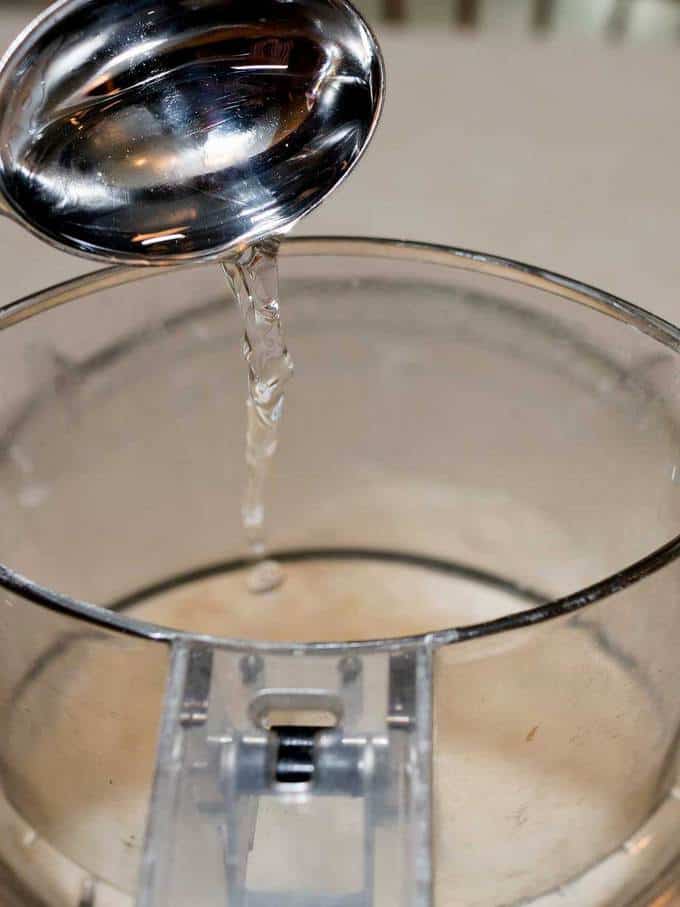 I added the remaining water and Vodka to the food processor and pulsed it 3 or 4 additional times, until the dough came together in my hand. 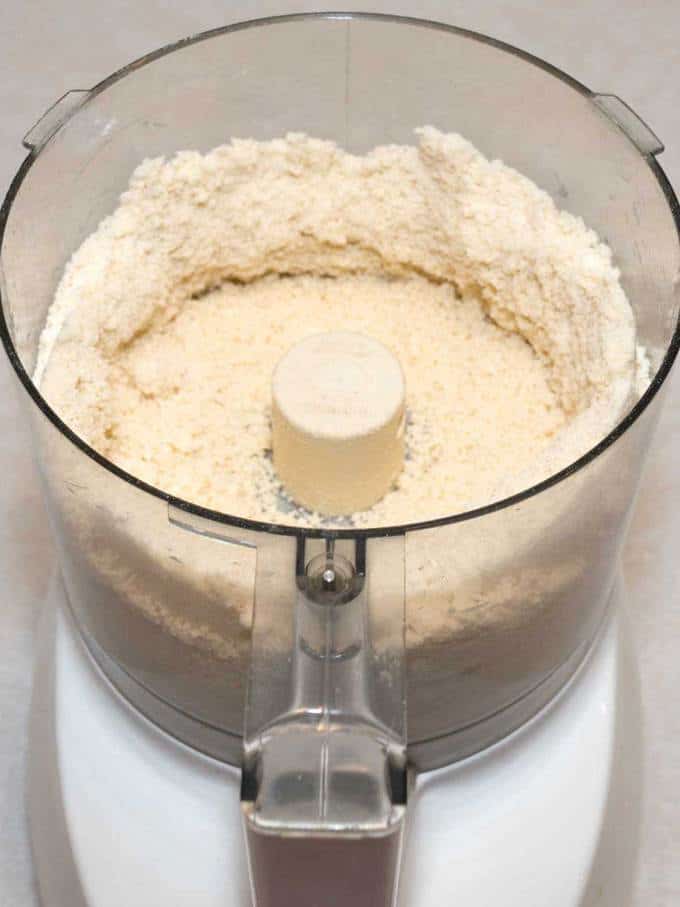 I emptied the dough into a 9-inch tart pan with removable bottom, and gently pressed the dough up the sides and over the bottom to create the crust. Then I covered the crust with plastic wrap, and used a straight-sided measuring cup to smooth out the crust. 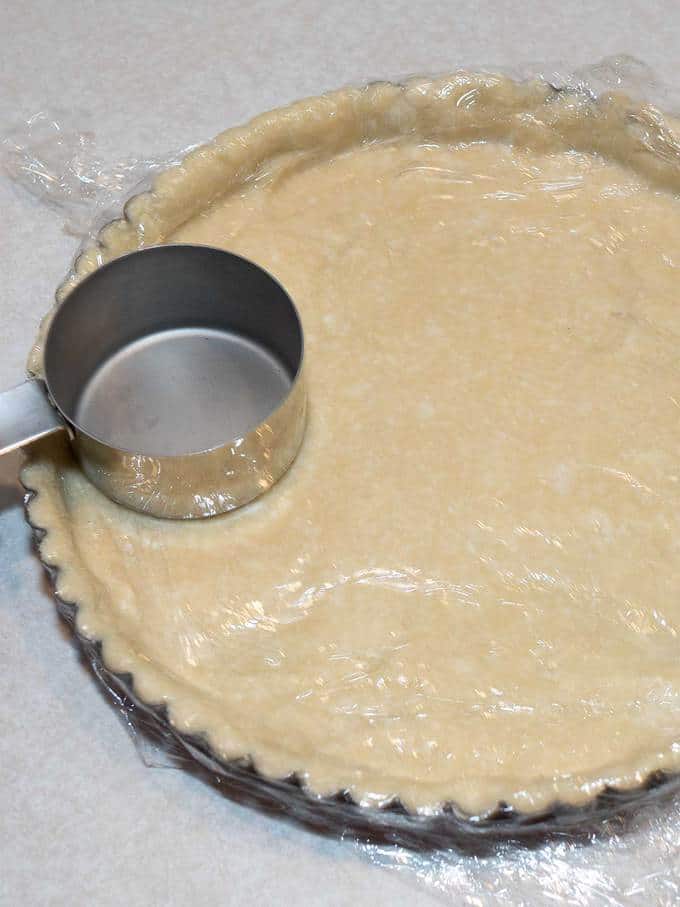 I popped the unbaked crust into the freezer for at least 20 minutes. Then before baking it, I docked the crust with a fork, put it on a baking sheet, placed a crumpled piece of parchment paper over the crust, and filled it with dried beans. You could also use rice or pie weights here. 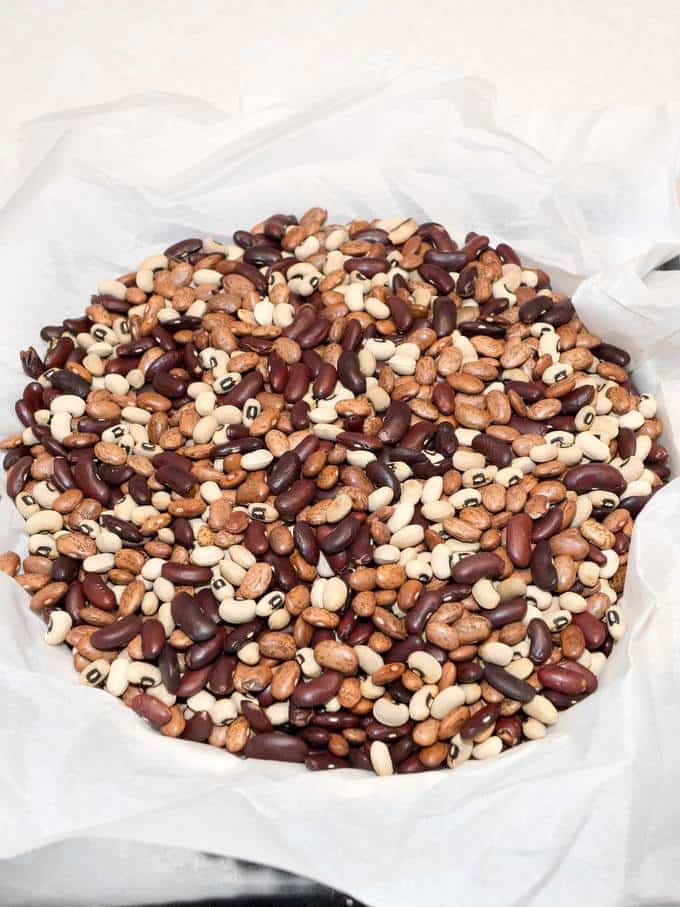 Into a preheated 400° F the crust went for 25 minutes, until it was light gold in color. I carefully removed the parchment paper and dried beans from the crust, and returned it to the oven for another 10 minutes or so until it was golden brown. The filling of choice tonight was an Onion and Mushroom Tart, a favorite of the Master Taste Tester. The crust was perfectly cooked, and so flaky that it melted in your mouth. Yum! 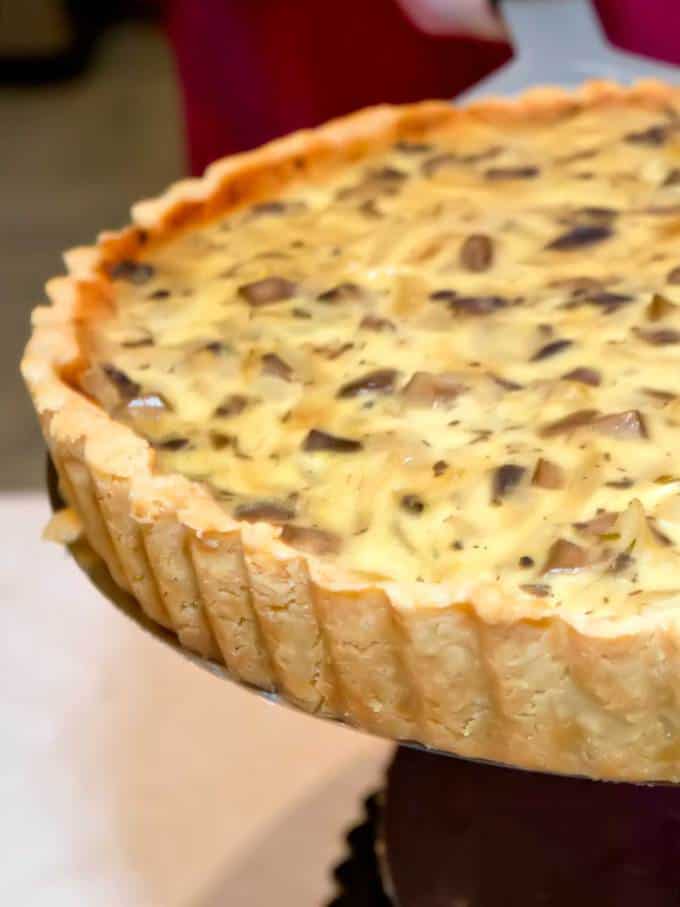 I hope you liked this recipe for Foolproof Pâte Brisée Tart Crust as much as I do. If so, please consider rating it and leaving a comment. Also, if you’d like to receive notifications of new posts by email, ever your email address in the Subscribe box. 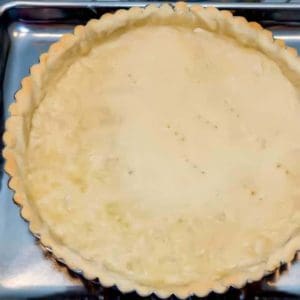