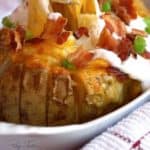 Loaded Bloomin’ Potato is a potato lovers dream come true. It’s crispy on the outside and creamy tender on the inside. Because of the way that the potato is cut, the ooey gooey melted cheese drips down inside of the cooked potato. To finish the Loaded Bloomin’ Potato off, I topped it with sour cream, crispy bacon pieces and sliced green onion tops. Are you drooling yet? 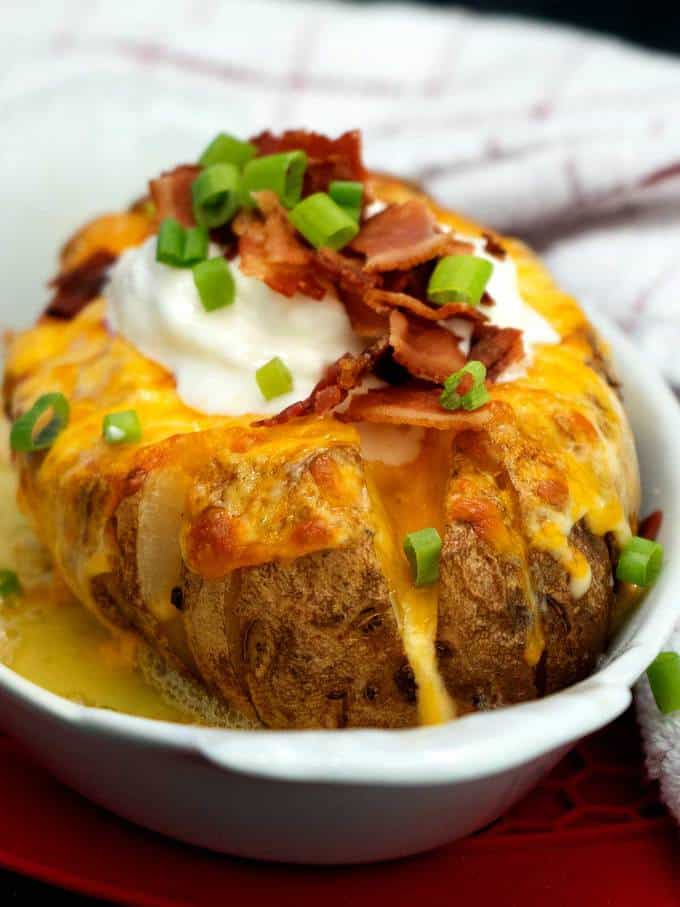 The Loaded Bloomin’ Potato which was inspired by Kitchen Divas is somewhat fashioned after the famous Bloomin’ Onion. However, it’s not battered and fried.

The Bloomin’ part is achieved by cutting ovals in the potato, and then slicing vertically into the potato (I’ll explain this more below). The result is vertical pieces of the potato baked to perfection!

The star of the show here is the russet potato. It’s loaded up with butter, sour cream, crumbled bacon pieces and sliced green onion tops. 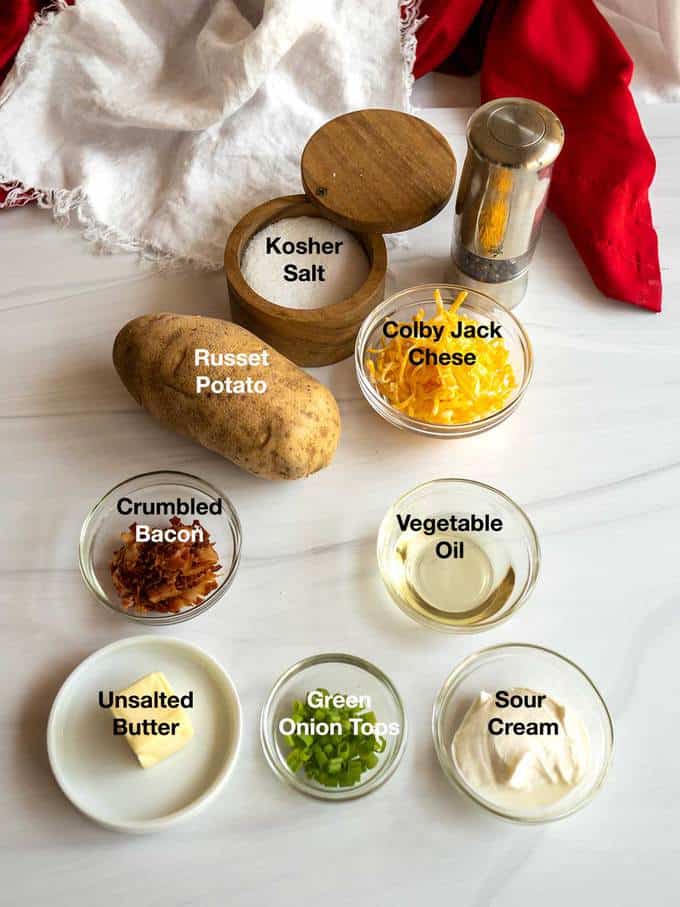 I started with a large russet potato the I had scrubbed clean and dried.

Next, I turned the potato cut side down. Starting about 1-inch from the bottom of the potato, I made vertical cuts around the entire edge (Photo 3). I spaced the cuts about an inch apart. When I was making the vertical cuts, I made sure that I didn’t cut too deeply into the potato. The reason was that if the slices touched each other, the potato wouldn’t hold together.

Finally, I flipped the potato over and pressed it with my hands to separate the pieces of the potato. 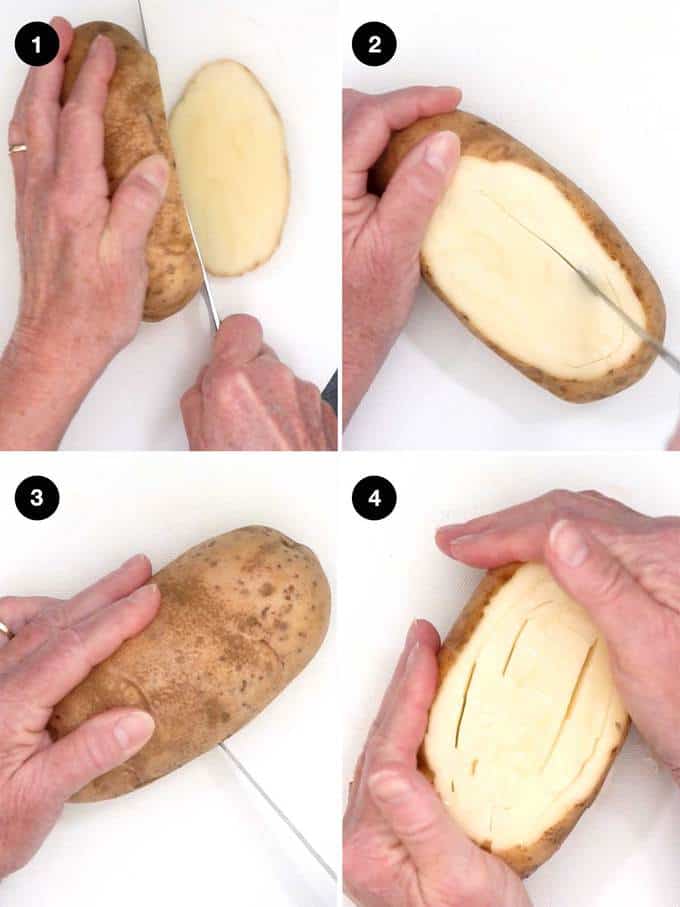 Once the potato was cut, I placed it skin side down in an oven-proof dish that I had sprayed with non-stick spray. I brushed the top of the potato with some vegetable oil and sprinkled the top with salt. 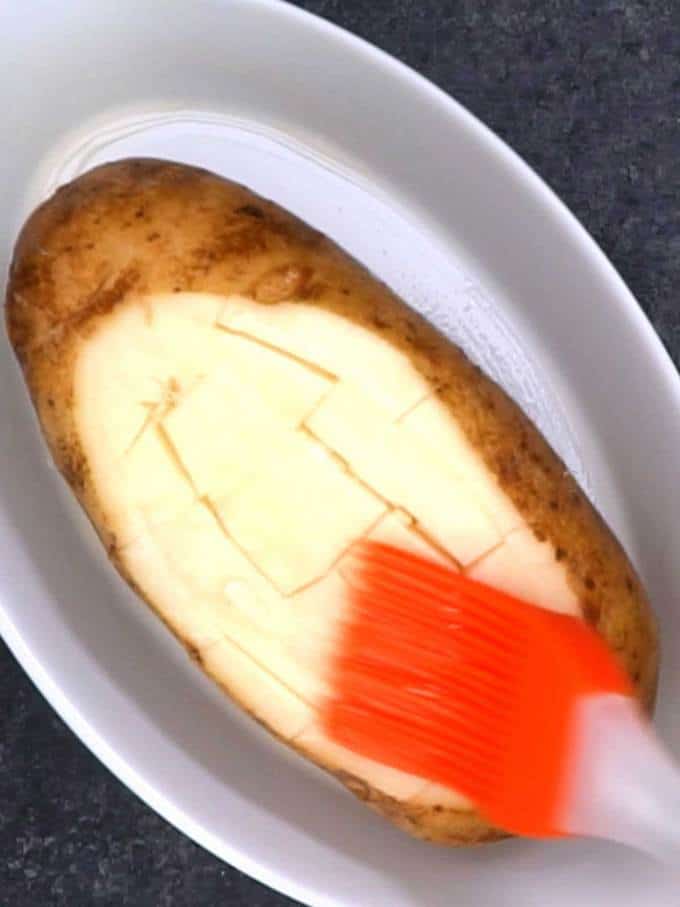 I popped the potato into a preheated 400°F oven for an hour. After an hour, the potato was fully cooked.

I removed the potato from the oven and placed two pats of butter on top (Photo 5). Then, I sprinkled the top with some shredded Colby Jack cheese (Photo 6). 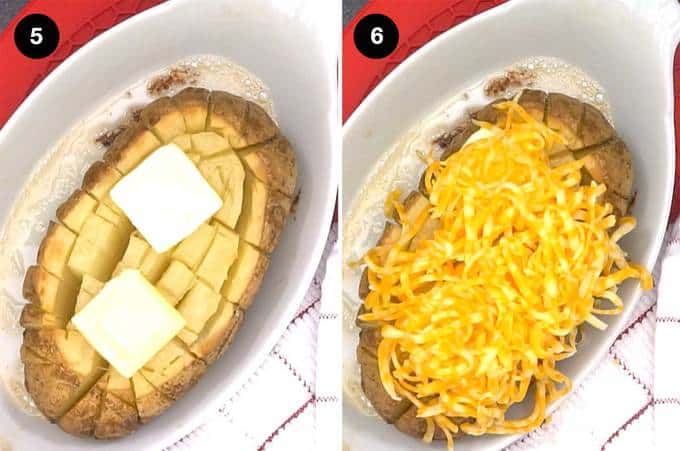 I placed the potato back in the oven under the broiler for 3 to 4 minutes until the cheese was melted and lightly browned. 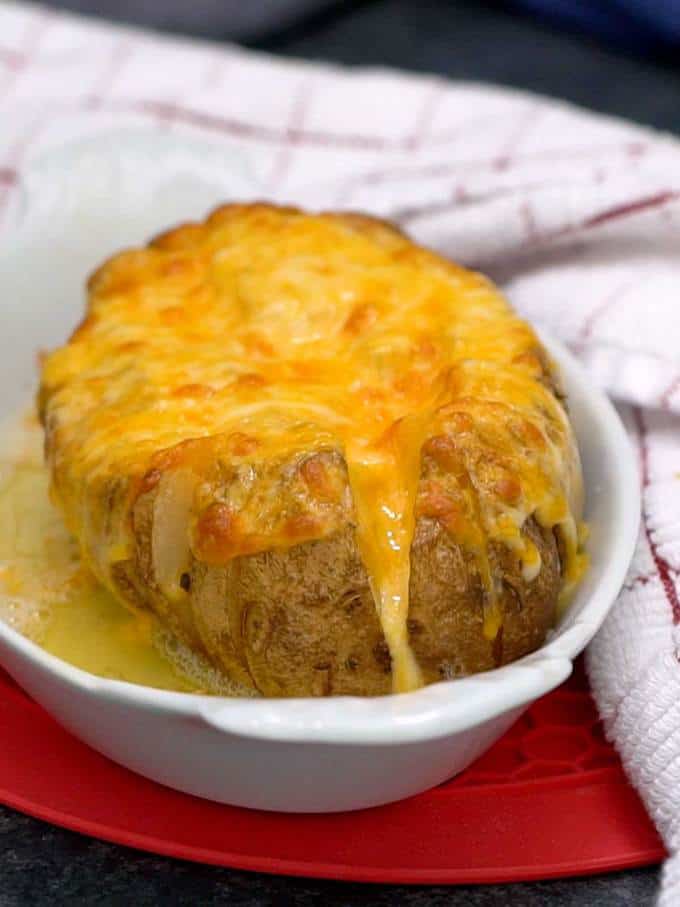 After I removed the potato from the oven, I topped it with some sour cream, crispy crumbled bacon and sliced green onion tops. You could actually top it with whatever suited your fancy. 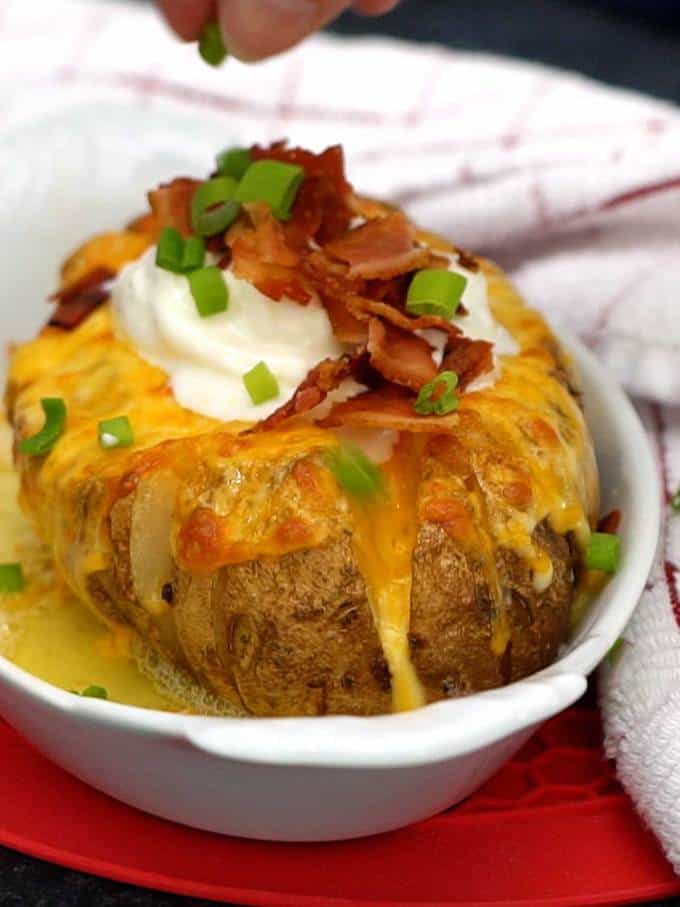 The Loaded Bloomin’ Potato was amazing. There was ooey gooey cheese in every bite. The potato skin was nice and crispy and the sour cream, bacon and green onions perfectly complimented the potato and cheese. Yum! 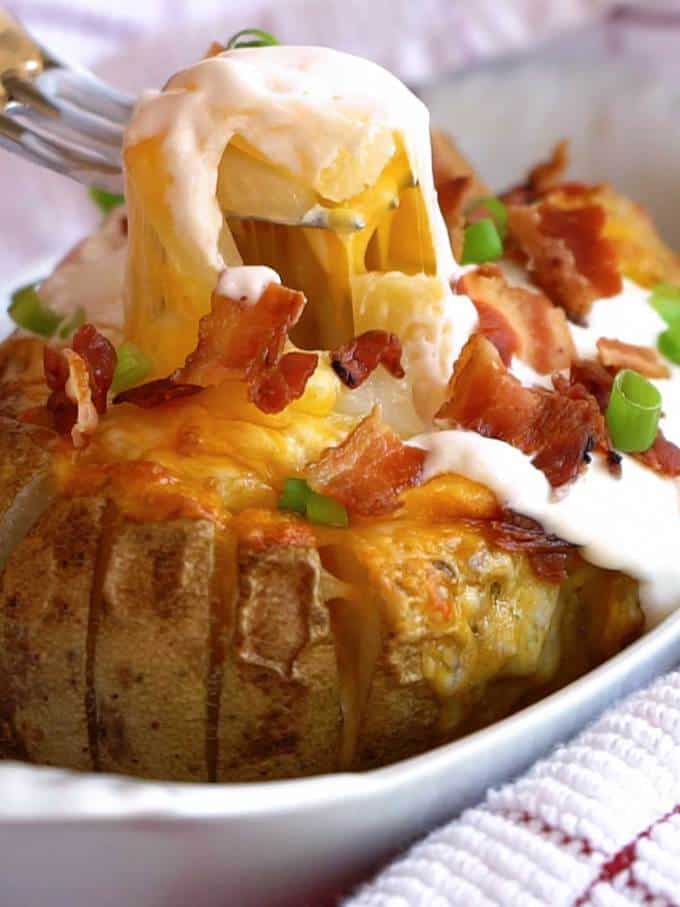 I think that potatoes are my absolute favorite food. If you like potatoes as much as I do, you should check out these other amazing potato recipes:

If you liked the recipe for Loaded Bloomin’ Potato, please consider rating it and leaving a comment. I’d love to know how you liked it! 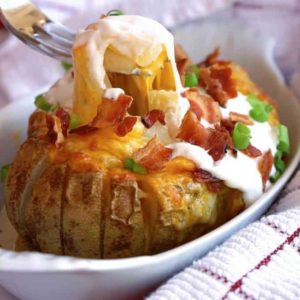